Gun fights and rodeos.  What could be more "real west"? 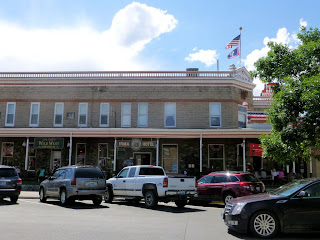 On Friday evening we attended a gunfight in front of the Irma Hotel in downtown Cody.  The Irma Hotel was built by "Buffalo Bill" Cody in 1902 and was named after his daughter. Today, the hotel retains much of the look it had of over 100 years ago. 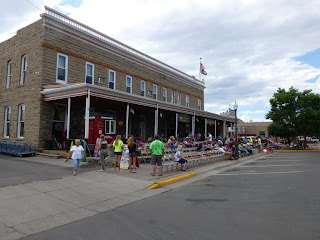 During the summer months, actors stage a 30-minute gun fighting skit in front of the Irma Hotel. The show runs Mon-Sat and begins nightly at 6 PM.  Here is a picture of the crowd beginning to gather. 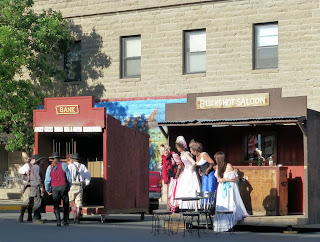 In the skit the bank gets robbed by the "bad guys", then the good guys come and shoot 'em up. 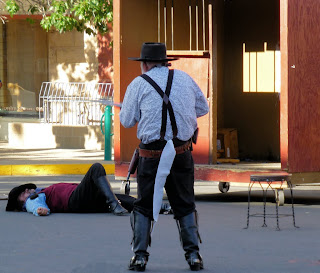 Although the skit is somewhat shallow, everyone appears to have a good time. 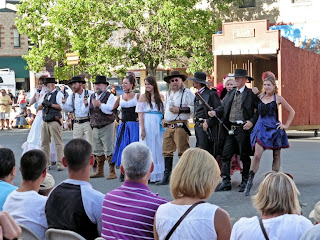 The cast of the show gathers afterwards and acknowledges the cheers from the crowds. 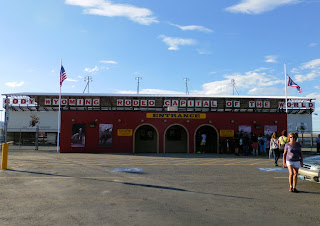 Immediately after the gunfighting show we went out to the western edge of Cody to attend the Cody Nightly Rodeo.  During the season, the rodeo occurs every night of the week at 8 PM, with the gates opening at 7 PM.

The rodeo lasts for two hours and we had a very nice time. (Actually, we liked it so much we attended the next night at a 1/2 off ticket price.)  If you go, sit in the stands across from the entrance in an area called "Buzzard's Roost".  All of the chutes are closer to that side, and it's shady as well. 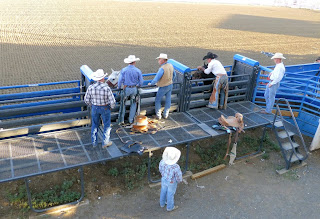 We arrived just after the gates opened and had our choice of seats.  We were sitting in the front row (near center) and overlooking the bull and bronc riding chutes. 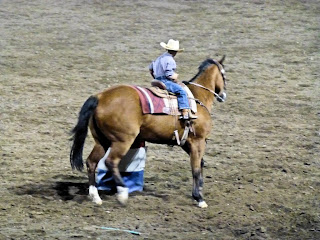 I took several short videos, but will only include a short clip of the bull riding event.  It was not a good night for the bull riders tonight.