Our First Visit to the Bluegrass State

Posted from near Troy, MO

After getting all of our work finished in Red Bay, AL we decided to stay for a few days at a small park near Houlka, MS named Davis Lake Campground.  Our friends Paul and Laura had been in Red Bay and we all finished about the same time. They are heading back East and we will be starting our trip West. 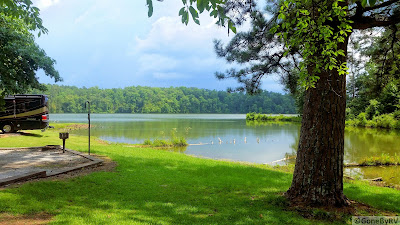 We thought a few days of "doing nothing" would be a nice change of scenery for all.  Davis Lake CG was very peaceful.  We basically did nothing for about a week. 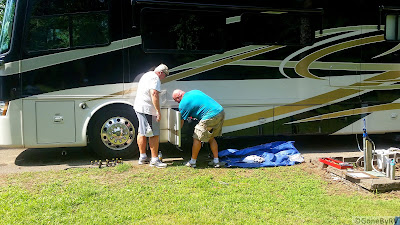 Oh, I did forget one detail.  We had to install new house batteries during this time. No real problem, other than it was hot and HUMID.

On July 14th we headed north into Kentucky.  We spent the next week at Cave Country RV Park with the intention of visiting Mammoth Cave NP and the nearby Corvette National Museum in Bowling Green, KY. 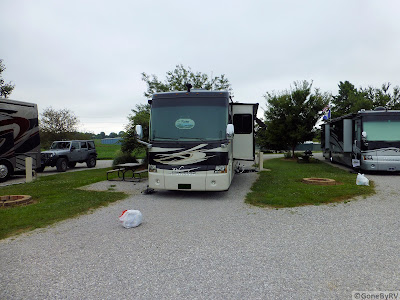 All of the campsites are FHU and all pull thrus. 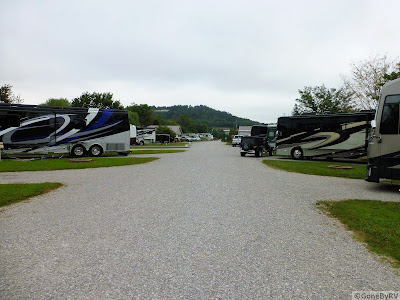 The CG was maintained very well and I would definitely stay here again when visiting the area. 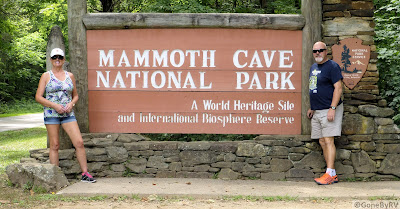 There are many surface trails to hike in Mammoth Cave NP, but due to the very humid conditions (which we haven't adapted to very well yet) we decided to limit our visit to several underground cave tours. 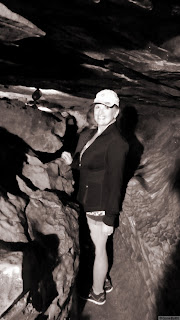 I'm not going to include many underground cave photos, because the ones I took aren't very good with the limited lighting. This is an area named "Fat Man's Misery". The trail gets fairly narrow here and a lot of stooping is involved. 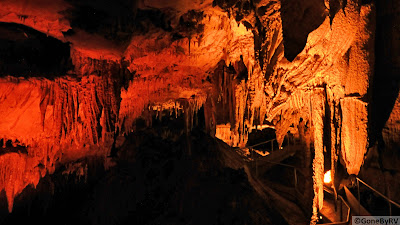 Mammoth Cave is very different from many caves we've visited in the past. It is essentially a "dry" cave and as a result, formations (from the floor and ceiling) found in previous caves were not as prevalent here. There is an area nicknamed "Niagara Falls" which does lend itself to those types of formations. 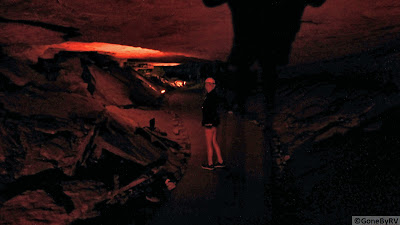 Many of the passages are quite large due to the erosion caused by underground water systems from many years ago. 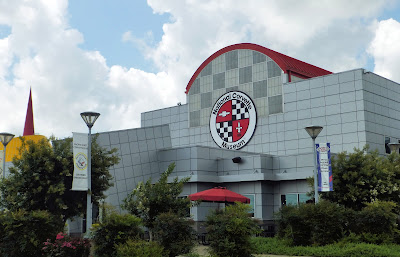 We drove down to Bowling Green, KY one morning to visit the National Corvette Museum. Let me begin by saying that I have never owned, nor probably ever will own a Corvette. Nonetheless, we found the Corvette Museum very interesting. 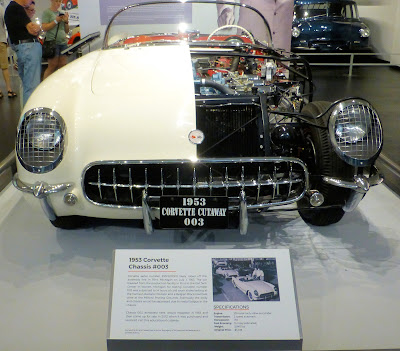 The museum does an excellent job of documenting the evolution of the Corvette by having original pieces in their collection. We signed up for a free guided tour which gave us a very nice overview of the museum. This was the #3 chassis off the line on July 1, 1953. It was pulled to be a test chassis and eventually the chassis was stressed to failure. It was discovered many years later and re-assembled as an educational cutaway.

Several prototypes, which never made it into production, are a part of the museum's collection. From 1968, this model was known as the Astro-Vette. Some features were incorporated into the 1973 models. This model is still owned by General Motors Corporation. 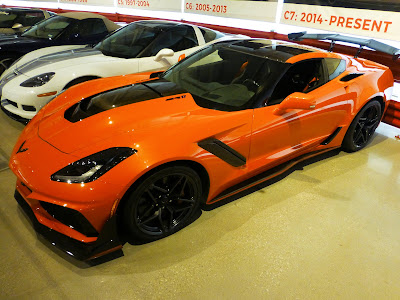 I really like the looks of the 2019 model which is currently in production. 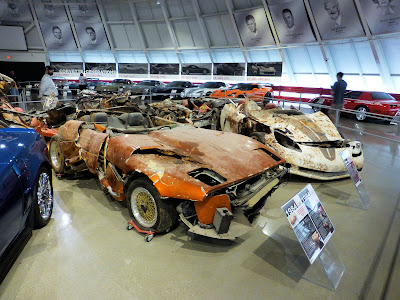 One of the most notable (unfortunately) events at the Museum occurred on February 12, 2014. A huge sink hole opened up and literally swallowed up 8 vehicles on display. The collection on display is comprised of vehicles owned by the museum, and those on loan or donation by private parties, or by General Motors. Six of the vehicles were owned by the museum. 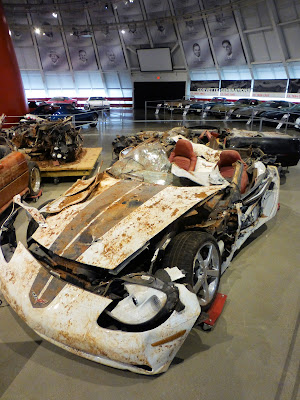 The museum has an excellent exhibit dedicated to this event. The vehicles have been placed (as close as possible) into their pre-collapse positions in the hall. Only three of the eight vehicles were able to be restored. This is the 1.5 millionth Corvette produced on May 28, 2009.

I highly recommend a visit to the  National Corvette Museum when in the area. We really wanted to take a tour of the Corvette assembly plant (which is within a mile of the Museum), but plant tours have not been conducted for the past couple of years. We were told that there is no date for the resumption of the tours.

We'll be moving a bit further north in Kentucky on our next move.

Our Contribution to the Red Bay Economy (Repairs and Service Work)


Well, I just spent the last few hours of my life writing a blog on our trip to Red Bay with all of the repair and modification prices we recently encountered.  Lots of pictures and explanations.  All of it disappeared in the blink of an eye, however, as I went to publish the blog.

Just no desire to re-create that blog, so he's a brief look at what we had done along with the associated costs.

Bay Diesel:   $1796.05
Routine maintenance plus a change of shocks and a new serpentine belt on the motor.

MSRV Solutions:         $3184
Replaced 2 head liner panels in ceiling due to water damages from roof leak
Replaced all carpet throughout rig with new

If anyone is interested in more details or pictures associated with any of the above items, please drop me a note in the comments below.

As always, thanks for dropping by to take a look!