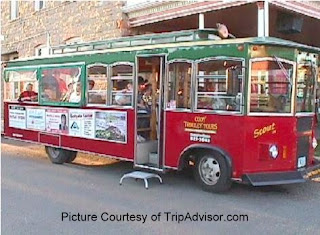 Monday was a nice weather day so we decided to take the Cody Trolley Tour to get an overview of Cody and the surrounding area. We purchased a combo ticket which included the Trolley Tour and a 2-day pass to the Buffalo Bill Historical Center (museum complex).  After speaking with other folks, we'll save the museum tours for some other days, as the collection is quite extensive. 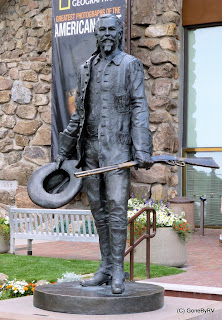 William Frederick "Buffalo Bill" Cody was quite a character in his day. He was known for being an Army scout, Pony Express rider, ranch hand, wagon train driver, buffalo hunter, fur trapper and gold prospector, but possibly best known as a showman with his "Wild West Shows".  It was said that Cody was the most recognized man in the world at the turn of the twentieth century.

Cody's vision brought Cody, WY into existence.  In the early days of the town very little existed in this part of the Wyoming Territory.

The tour highlighted many of the older structures around town and the guides presented old photographs as the town looked in its' infancy.  I'll go into several of these "attractions" in following blogs as we get a chance to photograph and experience them. 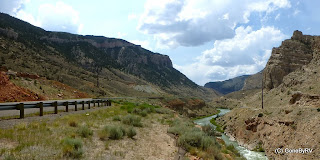 For me, one of the most important spots on the tour was a quick trip out to Buffalo Bill Dam. 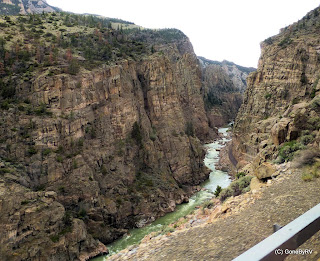 I had not even considered visiting this area (not sure how I missed it in my internet research) prior to taking the Trolley Tour, but we wanted to learn more and visited after leaving the 1-hour Trolley Tour. 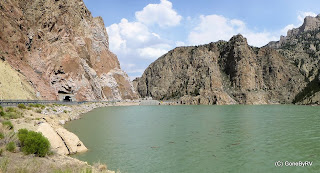 Buffalo Bill Dam is located only 6 miles west of Cody on US16-14-20 (Yellowstone Highway).  Initial construction on the dam began in the spring of 1904 and was finally completed in 1910.  At the time of completion, Buffalo Bill Dam was the tallest dam in the world at 325 feet. 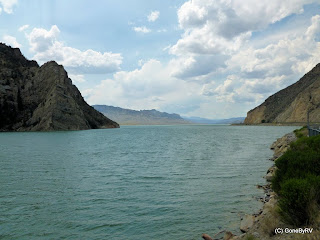 The dam was originally built to create a source of irrigation for the Bighorn Basin. 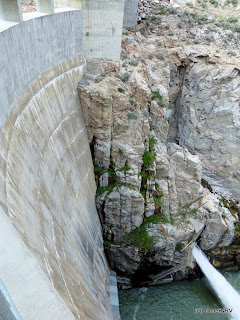 In 1922 the dam began to be used for power production.  The Shoshone Power Plant came on line in that year and expanded in 1931.  The plant continued in use until 1980 when the plant was decommissioned due to a deteriorating state of repair. Another power plant was constructed downstream towards Cody. 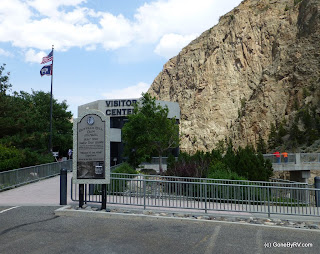 The dam has a Visitor's Center administered by the NPS and the site itself is on the National Register of Historic Places.

We decided to drive about 15 miles west towards Yellowstone just to check out some of the road to the park.  We still haven't decided whether to drive the MH directly from Cody to Yellowstone Park and over to West Yellowstone, or take an easier (but far less scenic) route north out of Cody back to Interstate 90 into Montana.  We would then travel west and head as far as Bozeman, MT before turning south on US191 towards West Yellowstone.  If anyone has taken the direct route west from Cody to the east gate entrance of Yellowstone Park we would certainly appreciate any insight. 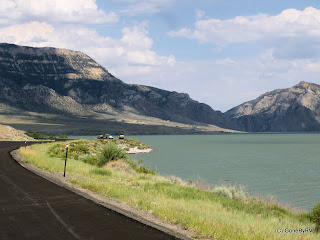 This was a a view of the Buffalo Bill Reservoir as we traveled west past the dam.