Wrapping It Up in South Dakota

Wow, it's hard to believe that we've been in South Dakota for 20 days now.  First it was Sioux Falls, followed by Rapid City (actually Hermosa).  I'll have to say that we have enjoyed every day here.  We've seen a lot of things, but now have an idea of so many more things we'd like to see the next time we return. 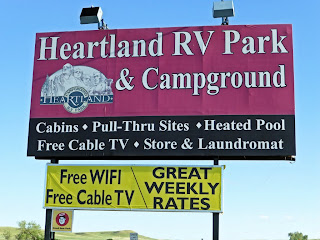 I was looking back through our recent blogs and realized that although we've been at our present location at Heartland RV Campground for the past 12 days, I've never even talked about it or shown any pictures.  Heartland RV Campground is really nothing fancy as campgrounds go.  They have gravel roads and sites, but for the most part, all sites are level and the utilities work well. 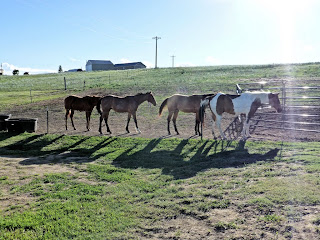 Heartland is located about 15 miles south of Rapid City on Rt. 79.  It's out in the open and has few (almost none) trees, but it wasn't hot during our stay. Adjoining lands are used for cattle and horse ranching. 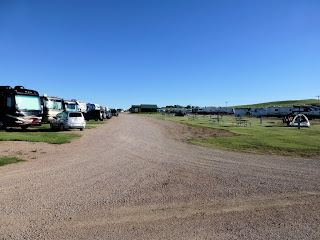 The campground allows tenting in a center, grassy area down the middle aisle of the campground. 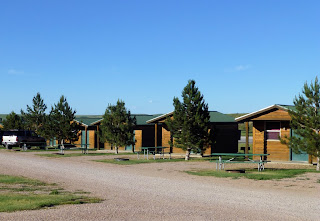 There is also a number of small rental cabins which back up to Rt. 79.  We noticed that the cabins were usually rented for 1 or 2 nights by families passing through the area sightseeing. 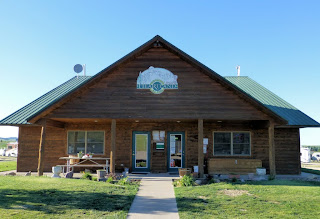 The campground has a nice office-store building used for registration upon exiting from Rt. 79.  A small swimming pool, along with a newly constructed hot tub, is connected to the rear of the building.

The campground accepts Passport America, so the rates were very good for the area.  Probably the nicest feature of the campground is the convenient location to Custer State Park, Mt. Rushmore, Crazy Horse Monument, and the NPS' Jewel and Wind Caves. 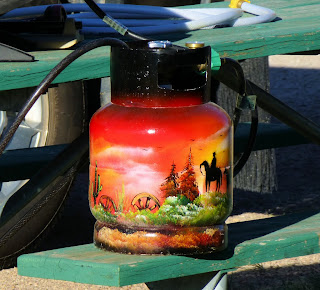 Here's one of the nicest looking propane bottles I've ever seen.

Can anyone identify this recreational vehicle?  I had never seen one before.  The model is a Vixen 21TD. (The answer later in this blog.) 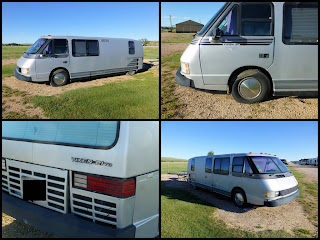 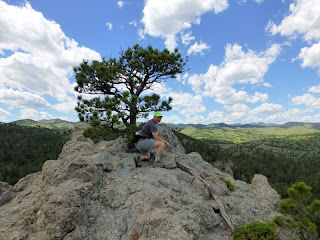 We had to get one more hike in Custer State Park before leaving the area.  This one was called Lover's Leap and was a 4-mile loop.  It is based upon a legend that a pair of Native American lovers jumped to their deaths from the highest rocky outcropping on the trail. You'll notice in this picture that I'm not getting too close to the edge. 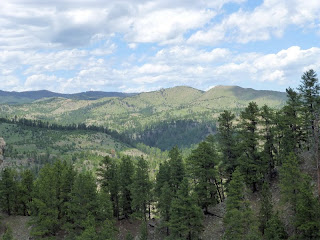 Believe me, the drop was extreme, but the views from up here were worth the climb. 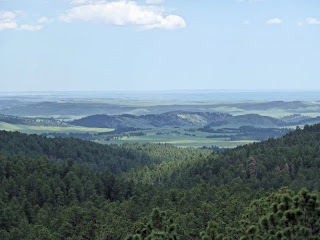 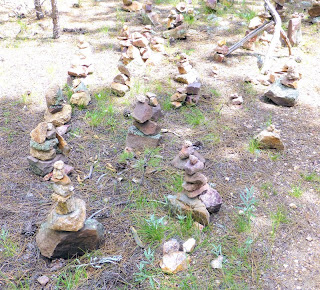 Being relatively new to hiking, we came across this area along the trail and had no idea what it was, or what it meant.  After a bit of research (very little using Wikipedia) we discovered that these rock pilings are called "Cairns". On trails they are usually erected to mark trails.


Sorry, I almost forgot to give the answer to the earlier question about identifying the Vixen 21TD. I won't go into the whole history of the vehicle, but if you go to Wikipedia it's an interesting read.  This vehicle was an RV made by the Vixen Motor Company between 1986-1989. There were only a total of 587 Vixens ever made.  The one pictured above is a 1986 model. We never saw anyone near the Vixen during our entire stay, but it had recently been plugged in to power, so I can't tell you anything about this particular rig.  Still, it was fun to view an RV I'd never seen before.

Next stop, Gillette, WY for the Escapees Escapade.