Wrapping Up Our Time in Sioux Falls, SD

Because Monday means moving on to our next destination, I'm going to link a couple of our remaining days in Sioux Falls, SD together to show some of the things we've done in the past few days.

A couple of days ago we were able to visit the "downtown" area of Sioux Falls and enjoy some artwork at the same time.  Each year, the city has a contest called Sculpturewalk. Artists create sculptures (usually bronzes, but not always) and they are sponsored by downtown businesses who each contribute $1000 to have the sculpture placed on the street near their business.  The sculpture is owned by the creator and each year between May-September the public is invited to submit a vote for their favorite sculpture. The winning sculpture is purchased by the city and put on permanent display at a location around the city area.  All of the previous winning locations are detailed in the current public voting information "ballot". There were a total of 55 sculptures entered in this year's contest.

Okay, I'll be the first to admit that I'm not a knowledgeable art critic, but many of these sculptures were pretty interesting.  I'll selected a few to show the diversity of the creators. 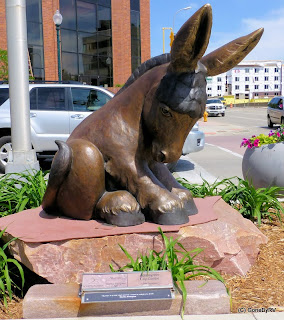 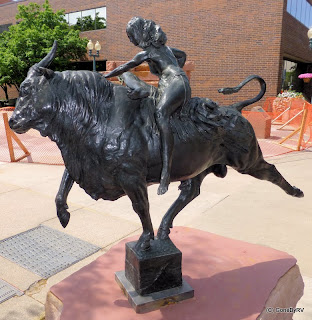 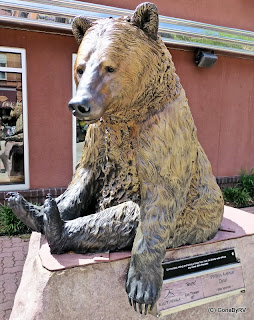 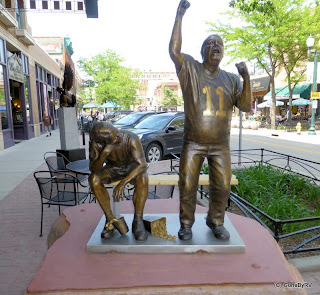 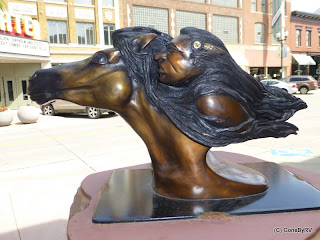 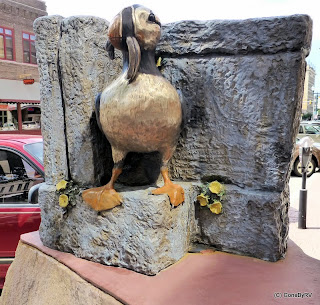 I especially liked this one.  Notice the little bird poking out on the back side of the sculpture. 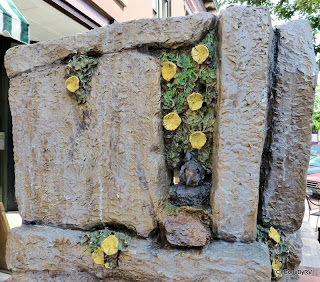 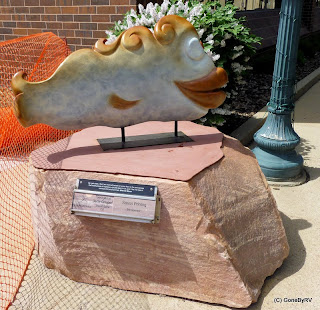 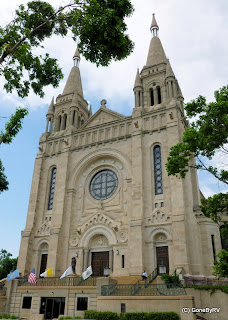 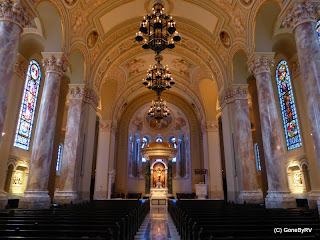 The restoration of the cathedral was recently completed and the interior was beautifully restored.  For years, the floors, walls, and most of the art on the walls were a beige color.  After the restoration, up to 8 layers of paint were stripped from the figurines inside, and craftsman from Europe were brought over to do much of the marble work inside. 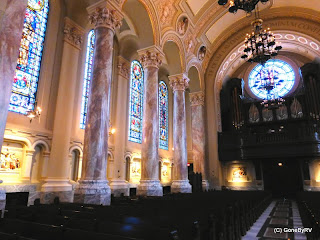 The stain glassed windows were beautiful with the sunlight streaming in from behind.  Here's a picture of the large pipe organ in the rear of the nave. 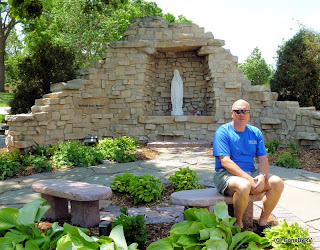 Here I am sitting in the Grotto area outside the cathedral. 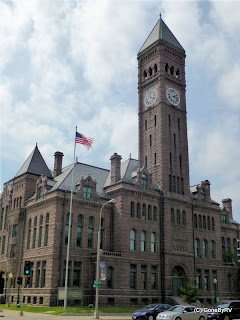 After visiting the cathedral, we walked down a few streets to visit the "Old Courthouse Museum".  The city's museum is now located in the Old Courthouse, thus the name.  A lot of very interesting artifacts representing the area and the history of South Dakota. 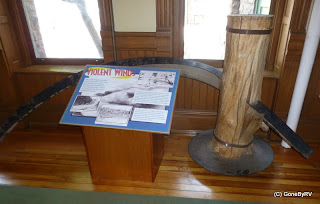 One such interesting item was this steel girder which was passed through a tree in a tornado which occurred on July 9, 1932. The bridge was lifted completely off the ground. 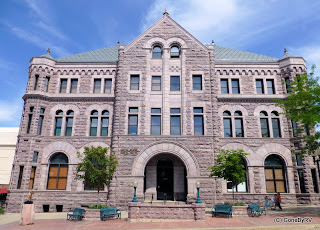 I'll conclude by showing a picture of the current U.S. Court House.  I just liked the architecture.


We'll be heading across the state later on Monday (the 17th) to Rapid City where we hope to visit a lot of the natural and man made attractions before heading to the Escapees Rally in Gillette, WY at the end of the month.

As always, thanks for dropping by to take a look!
Posted by Steve and Karen at 10:30 PM