We arrived in Hermosa, SD (about 15 miles south of Rapid City, SD) on Monday afternoon.  We're staying in Heartland RV Park for a bit to do some sightseeing and to familiarize ourselves with our new "home". The further west we drove, the more we liked it.  I thought I'd throw in a couple of reasons for a few of my readers familiar with the Northern Virginia area.  We used to live in Stafford County, VA (about 35 miles south of Washington, DC coming down I-95).  Stafford's population was 477 people/square mile.  Prince William County, VA (where I used to work) has a density of 1167 people/square mile.        Pennington County, SD (where we now reside) has a population density of 36 people/square mile.  Liking this area better all the time.

The second reason, and probably much more important to us, is the traffic.  Here's a shot of I-95 in Northern Virginia.  Not atypical, I might add!

Now here's a shot of I-90 as we approached Rapid City on Monday.  I know, it might be hard to discern the difference.   LOL

Tuesday found us staying around the rig and doing some laundry, cleaning of the rig and other everyday, but necessary, chores. 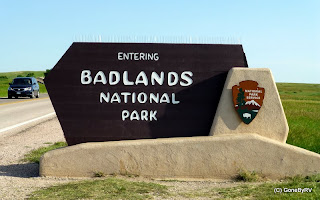 On Wednesday we decided to venture a bit east and see some of the sights.  We first spent some time visiting Badlands National Park. This park turned out to be much more interesting than we had anticipated.

After stopping at the visitor's center, be drove the Rt. 240 scenic drive which loops back up to Wall, SD. 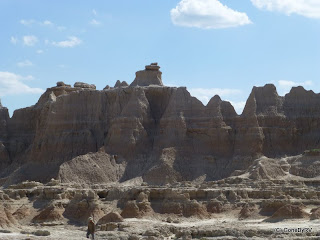 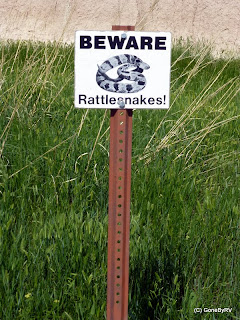 We've discovered that we might now have made it to the real West. 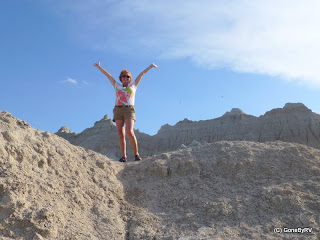 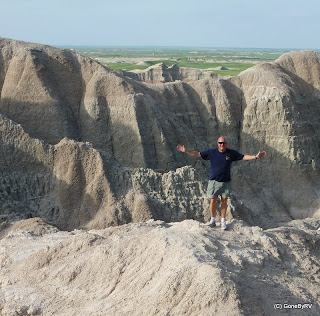 After exiting the park, Rt. 240 takes you directly past the Interstate to Wall, SD.  I'll be the first to admit that prior to heading west from Sioux Falls on Monday I had never heard of Wall Drug.  After passing too many advertising signs to count along the highway, I thought we should at least see what all of the hype was about.  For those familiar with "South of the Border" in South Carolina, Wall Drug has a similar concept (only a bit classier and Western in theme). Wall Drug was started in 1931 by Ted Hustead and has been in continuous operation ever since.  Word of mouth advertising for this business is worldwide and folks will often pose with signs indicating how far it is to Wall Drug from their current location.  Great PR!! 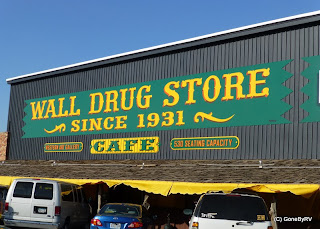 I know there are some out there who might like these "tourist traps", but I guess I'm not one of them.  We took a quick walk through of the area and a few obligatory photos, of course.

I guess since we now try to limit our purchases to things we really need, rather than just "might" want, shopping is not all that interesting anymore. 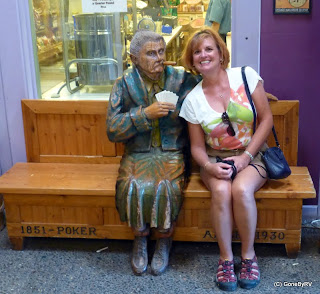 Karen was asked to sit in with this woman to play a hand of cards.

I decided to "ride" the jackalope. 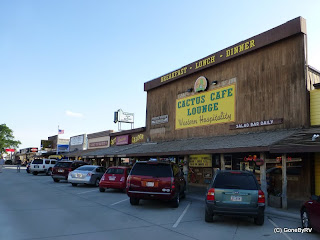 Here's the main street across from Wall Drug Store.
Thanks for dropping by to take a look!