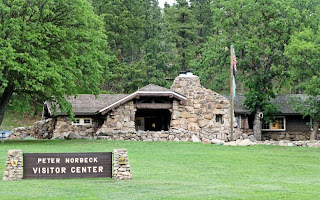 Yesterday, and part of today, we decided to take a short drive over to Custer State Park (only 10 miles west) and do some exploring.  Let me first say that Custer SP is pretty large. It's 71,000 acres and includes many trails for hiking/biking, horseback riding, fishing, and many miles of roads  for wildlife viewing.  There are lodges, camping cabins, several campgrounds, and even a horse campground if someone is interested in staying inside the park.  We first stopped in at the Peter Norbeck Visitor Center to get our bearings and to pick up some helpful literature on the park. 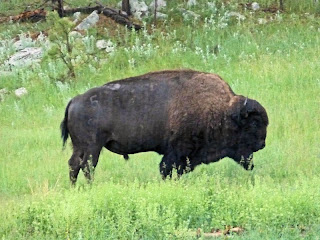 The park's most important wildlife is undoubtedly the herd of buffalo (currently about 1300 head) which roam the park.  The park has an 18-mile loop called Wildlife Loop Road in which wildlife of all kinds including buffalo, pronghorn antelope, mountain goats, bighorn sheep, deer, elk, wild turkeys, and a band of friendly burros are usually spotted. 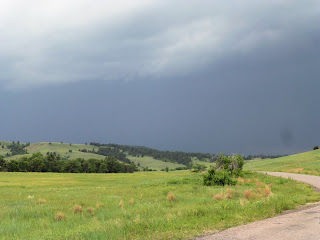 I will admit, however, that on yesterday's trip we were encountering an incoming storm and I think many of the animals "headed for the hills". 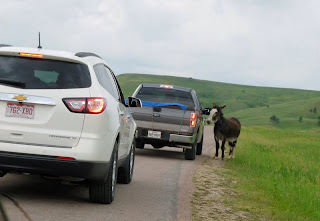 We only saw two buffalo, a few pronghorn antelope, and the burros, which I think are always near the road when vehicles pass. 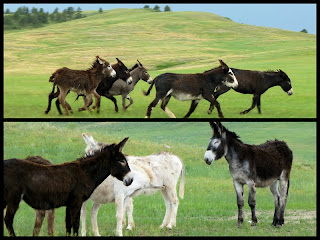 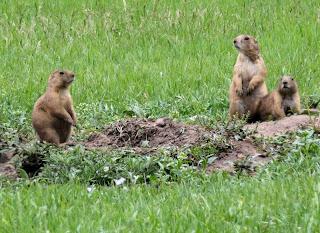 Today we returned to hike one of the trails and took a swing through the Wildlife Loop Road again. We saw quite a few more animals today.  The prairie dogs live together in an area called "Prairie Dog Town" not too far from the road.  They do not seem to be afraid of passing traffic at all.  They are usually seen popping up all over the landscape. Those little guys are really cute to watch. 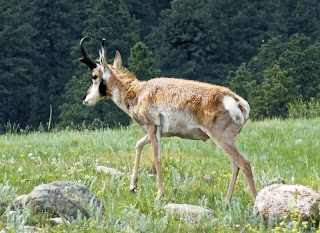 Pronghorn antelope seem very plentiful in the park as well.  We saw them in groups and alone feeding on the grasses. 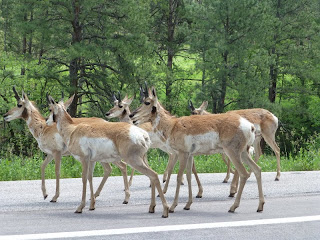 This group was one of the first animals we saw shortly after entering the park.  They were SLOWLY crossing the roadway. 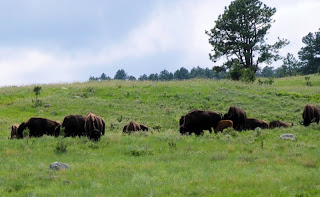 Finally, today we saw our first group of buffaloes. They were quite a distance up in the field away from the road.  Sorry for the less than stellar picture. 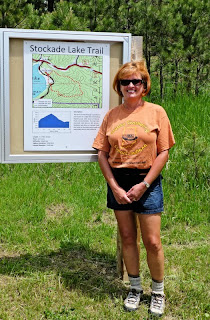 Today, our true reason for returning to the park was to explore some of the hiking trails.  We selected a short one with a "moderate" rating called Stockade Lake Loop. 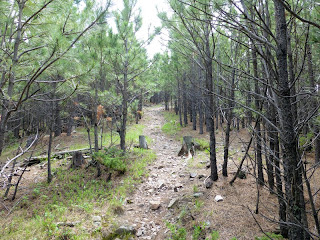 The trailhead began near the lake and had a steep ascent before staying near the rim line and returning to the lake again.  Short, but just enough for today. 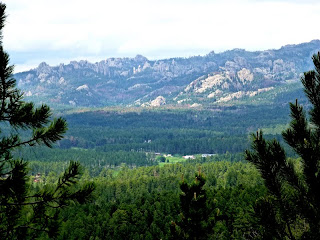 The view at the top was certainly worth the climb. 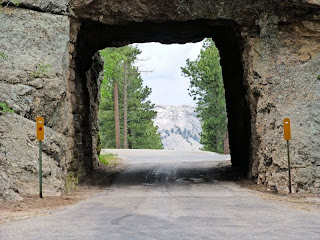 After hiking we decided to take a drive on Iron Mountain Road.  This is a curvy, narrow road which includes 3 tunnels cut through the rocks.  I love these types of primitive tunnels. This is the first tunnel we encountered.  If you look closely, you can see Mt. Rushmore directly thru the tunnel. 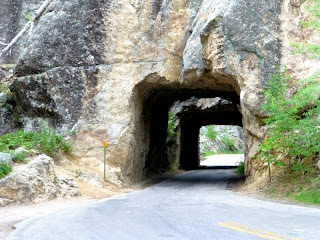 All of these tunnels are single lane and require a driver to sound the horn prior to entering to alert a possible driver on the opposite end. 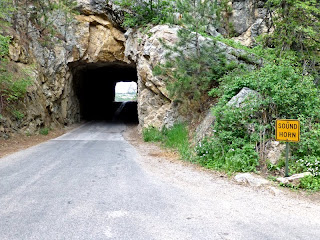 The third tunnel was probably the smallest.  Very narrow and none too tall. 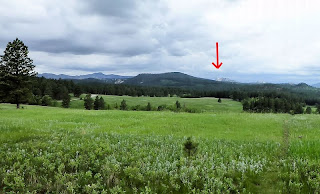 We will be making a separate visit to Mt. Rushmore on another day, but it was first visible to us from the Iron Mountain Road.  Aside from the first tunnel picture above, this was our first view of the National Monument. The stone faces are located immediately under the red arrow in the photo above. 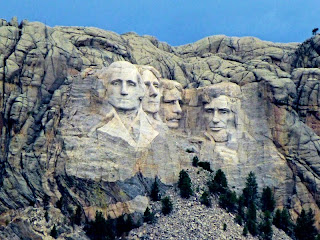 Okay, that was a bit unfair, and not too easy to see.  Here's a picture from a nearby mountain turn out. 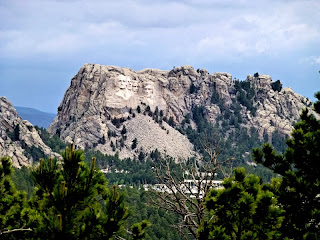 Our final stop of the day was just outside the Custer State Park, but in the Black Hills National Forest.  The area hosted some great views of the surrounding mountain ranges and of Mt. Rushmore. 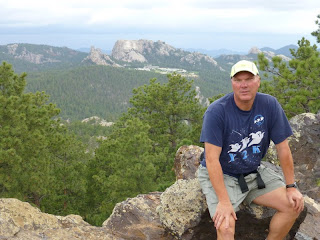 Here's a picture of me in front of Mt. Rushmore (far, far in the background).


Thanks for stopping by to take a look!
Posted by Steve and Karen at 1:38 AM