Written from Medora, ND   (Click on Pics to Enlarge)

NEW: Beginning with this blog, I am including a link to the relevant Google+ Photo Album. There are usually MANY pictures in the album which are never used in the daily blog.

I might be doing multiple blog posts on Theodore Roosevelt National Park as there are just too many things to do and to describe in a single post. 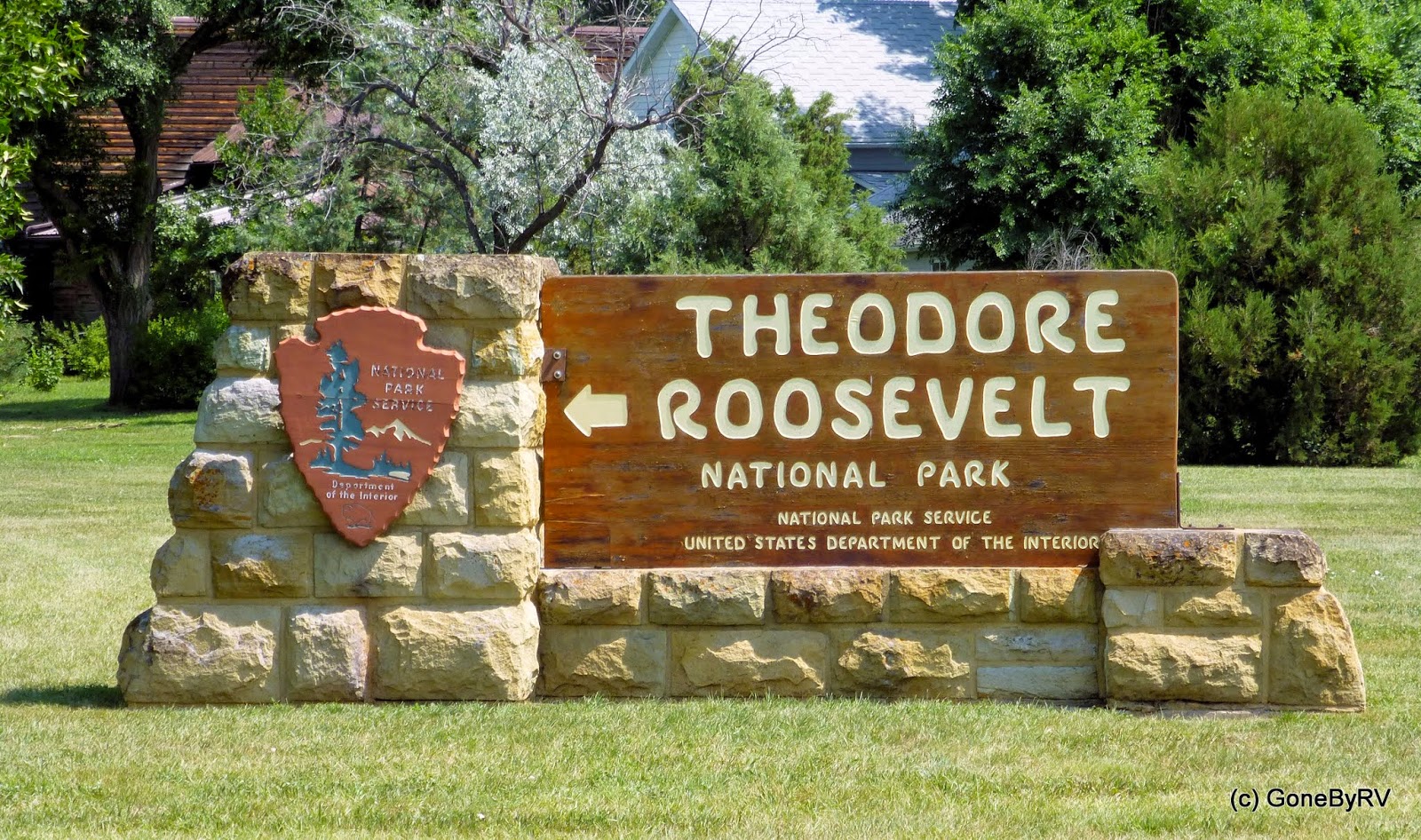 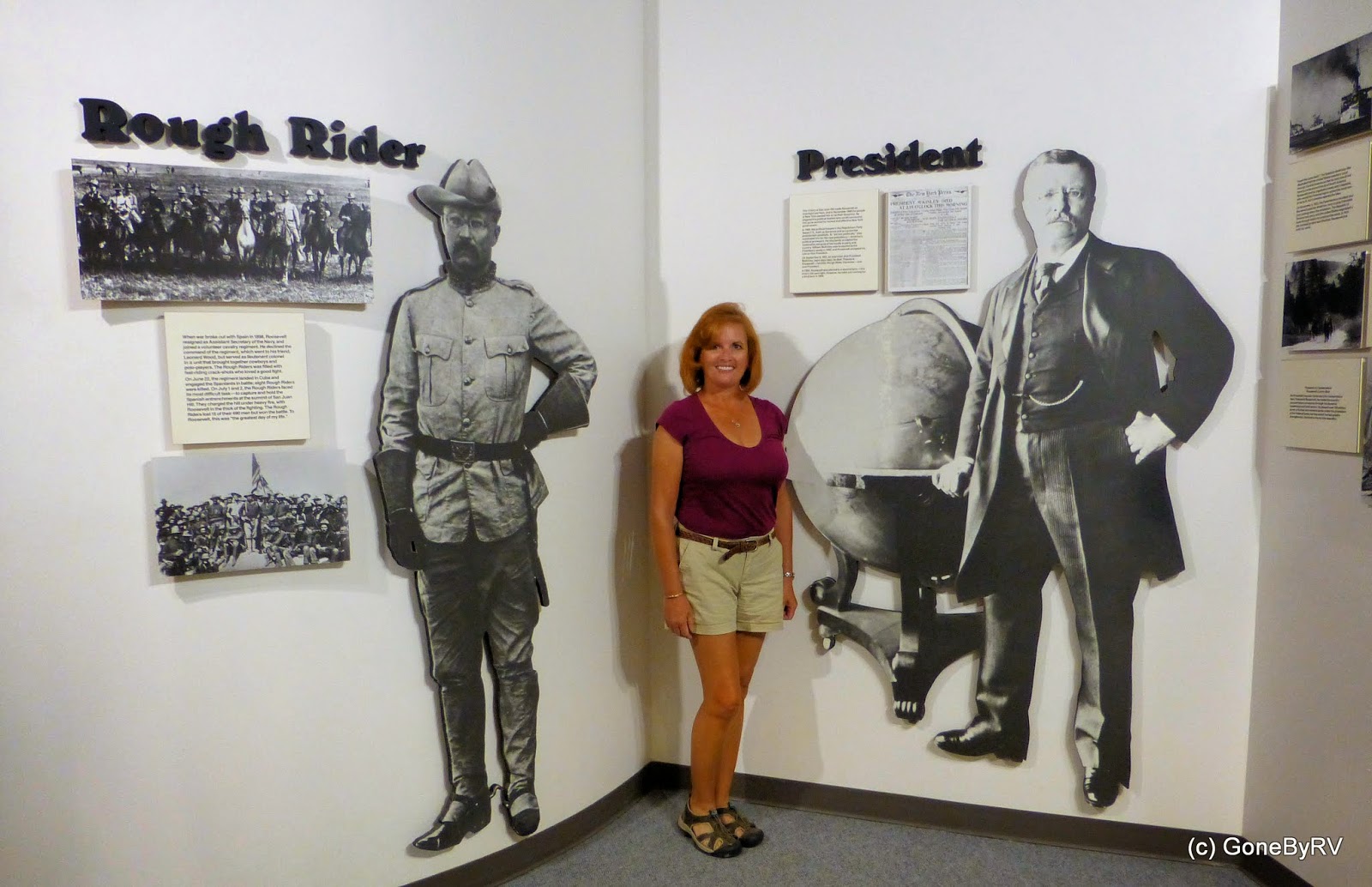 It was also time to renew our annual National Park's "America the Beautiful" pass (can't wait for age 62) so a stop at the Visitor Center enabled us to take care of this. A NP Visitor's Center is always a great place to pick up a visitor guide and become oriented to the park.  This visitor's center had a small museum detailing TR's involvement with the Medora area. 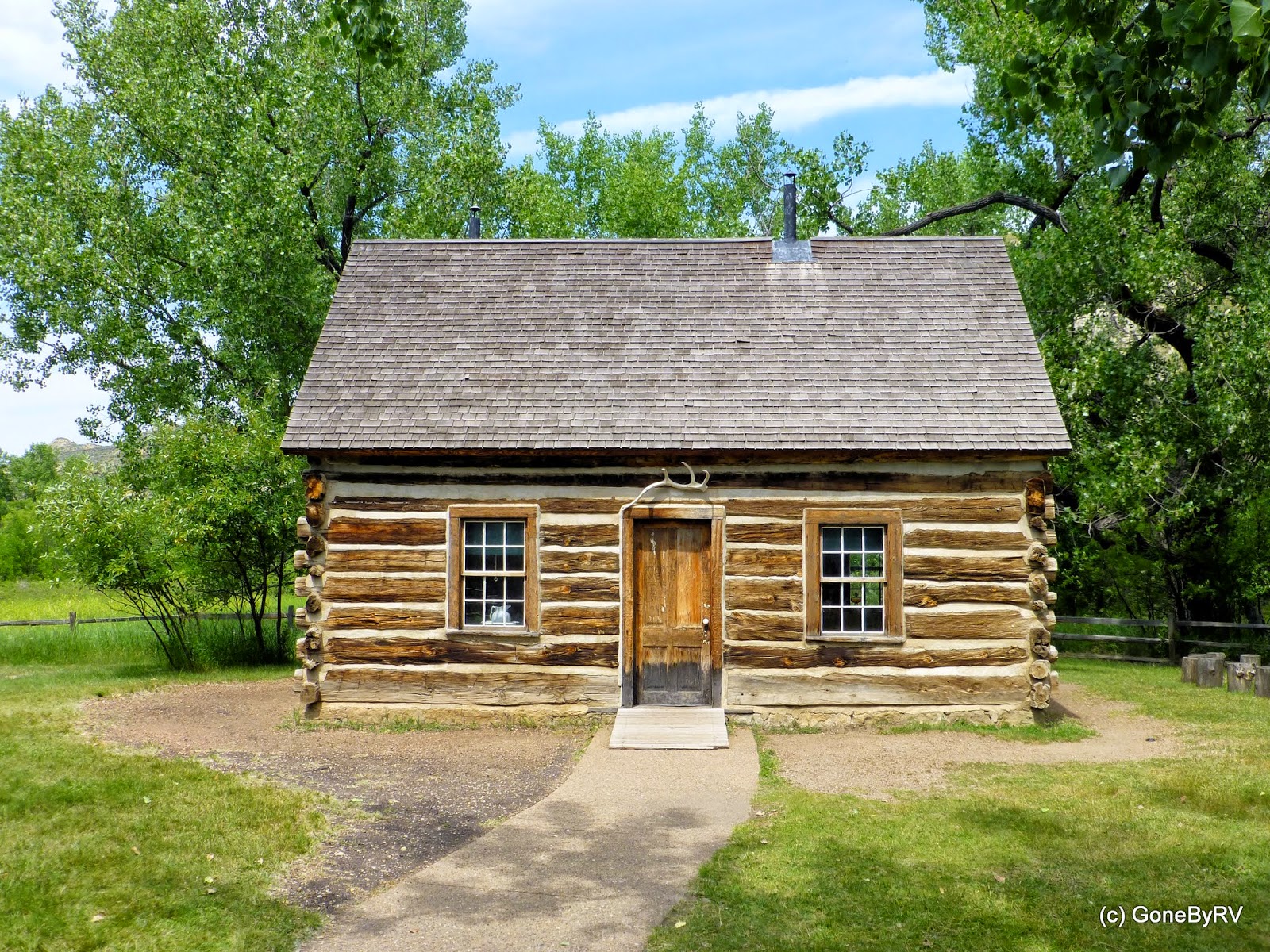 TR first came to the Medora area (actually known as Little Missouri at that time) as a young 24 year old in September of 1883 to hunt bison.  He loved this area of the Dakota Territory and invested in a cattle business by purchasing the Chimney Butte Ranch, approximately 7 miles south of Medora.  During the first winter, TR's ranch hands built a cabin later named the Maltese Cross Cabin along the Little Missouri River. 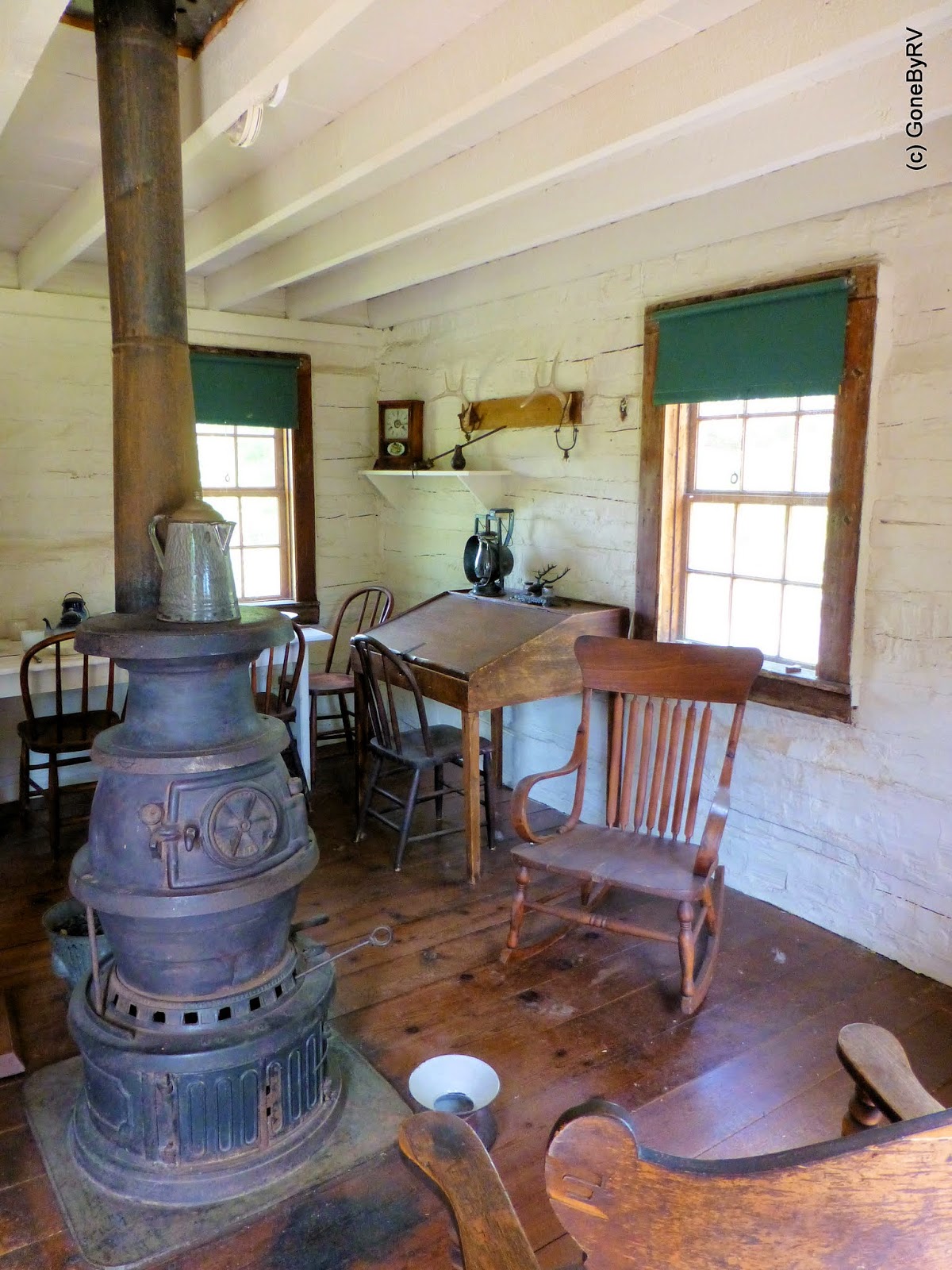 The cabin has actually been moved several times since it was built.  Its' finally home in the TRNP came in 1959.  This is the original cabin built for TR, but there are only a couple of items inside the cabin which are original.  The rest are period pieces. Most of the history surrounding this cabin and TR were learned while attending an excellent ranger-guided talk.  Several different programs of this nature are given daily. 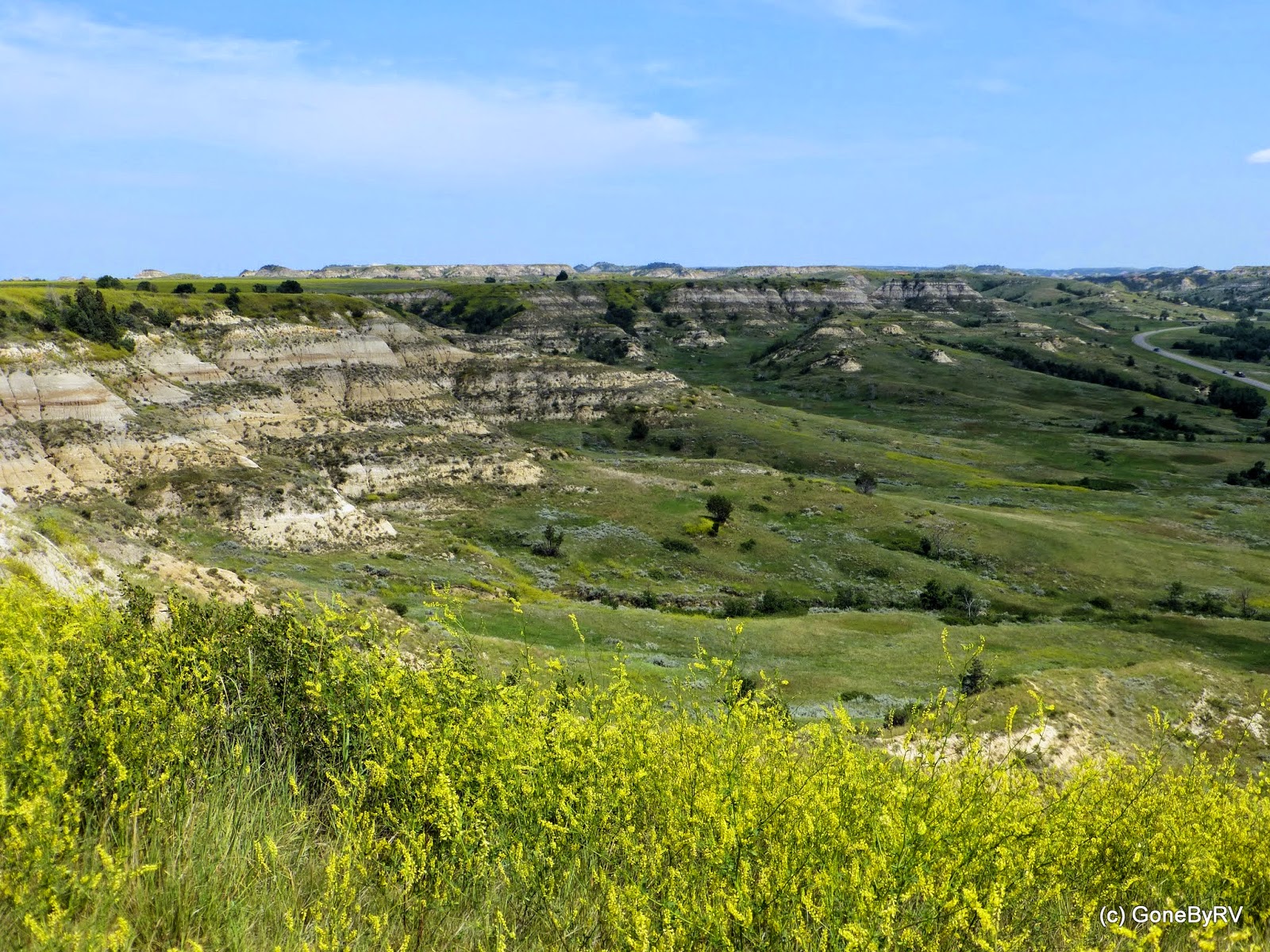 We left the visitor's center and began the 36-mile Scenic Drive Loop of the South Unit.  There are ample pullouts along the route to view the beautiful landscape and wildlife within the park. This view is from the Skyline Vista pullout, one of the first. 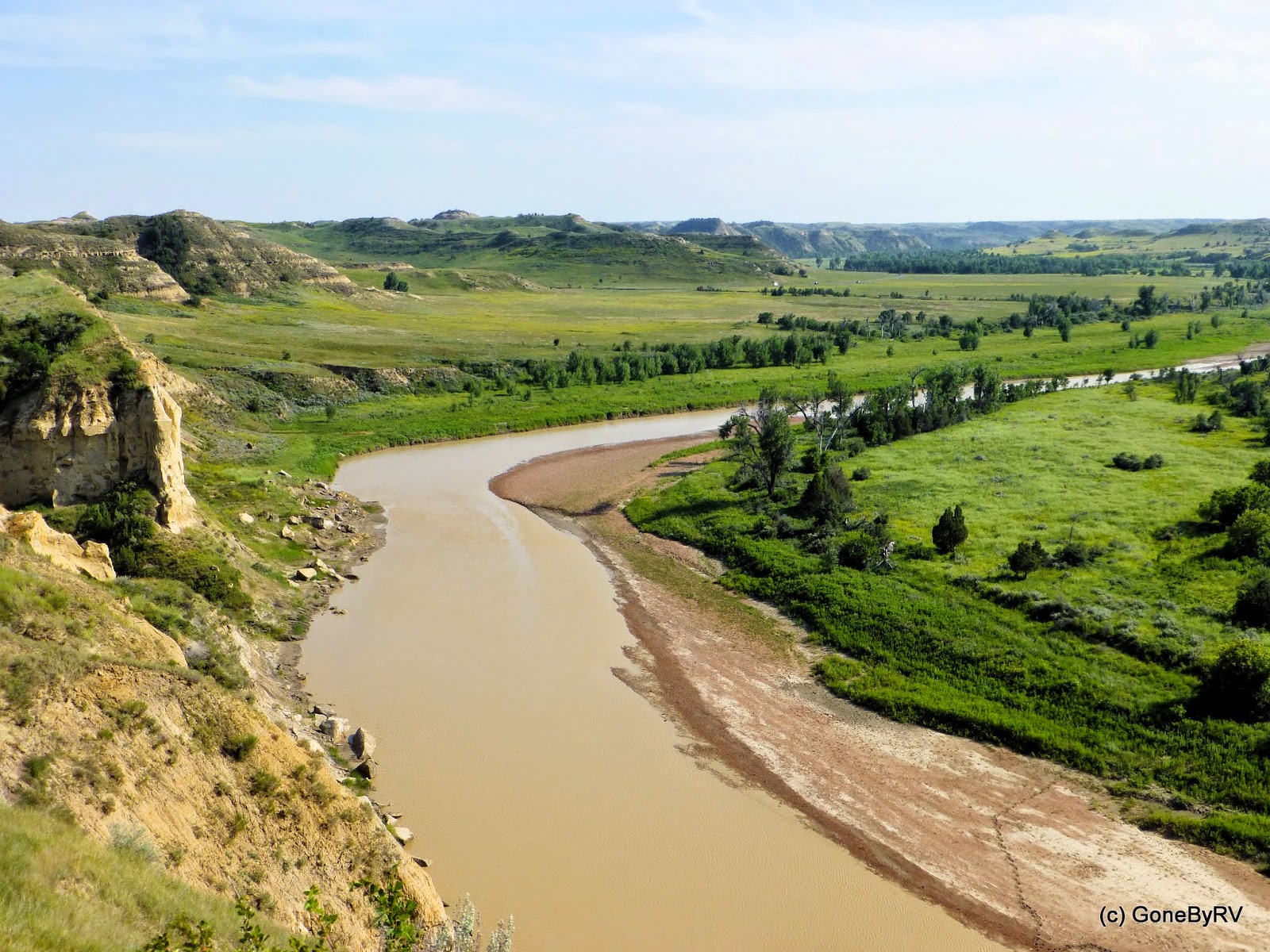 The Little Missouri River winds its' way thru the park.  It's usually muddy and was sometimes known as "Little Misery" because of the hard times in the Badlands of the area. This area can be accessed from the Wind Canyon Trail. 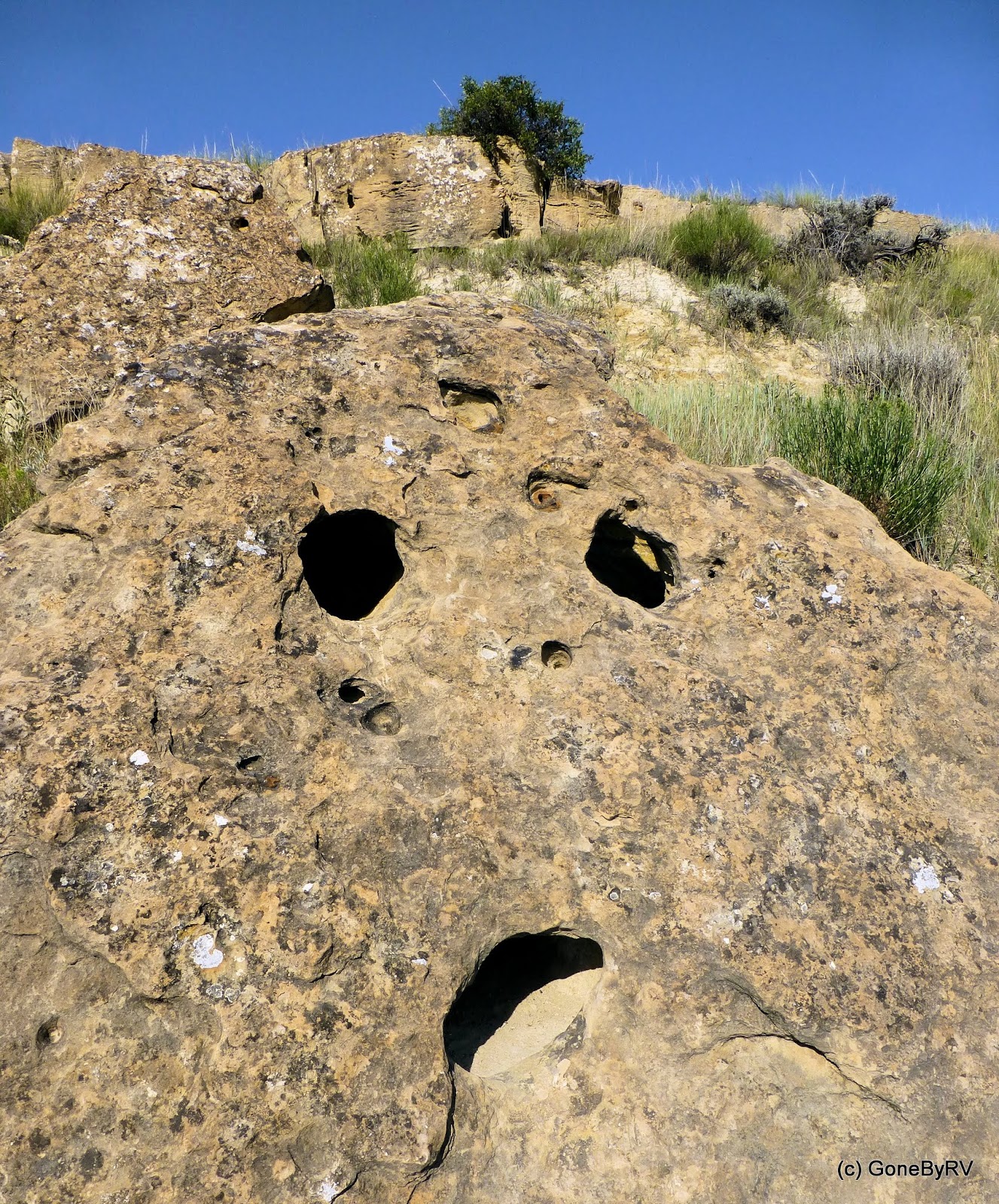 Here were a couple of interesting looking rock formations we encountered along Wind Canyon Trail. 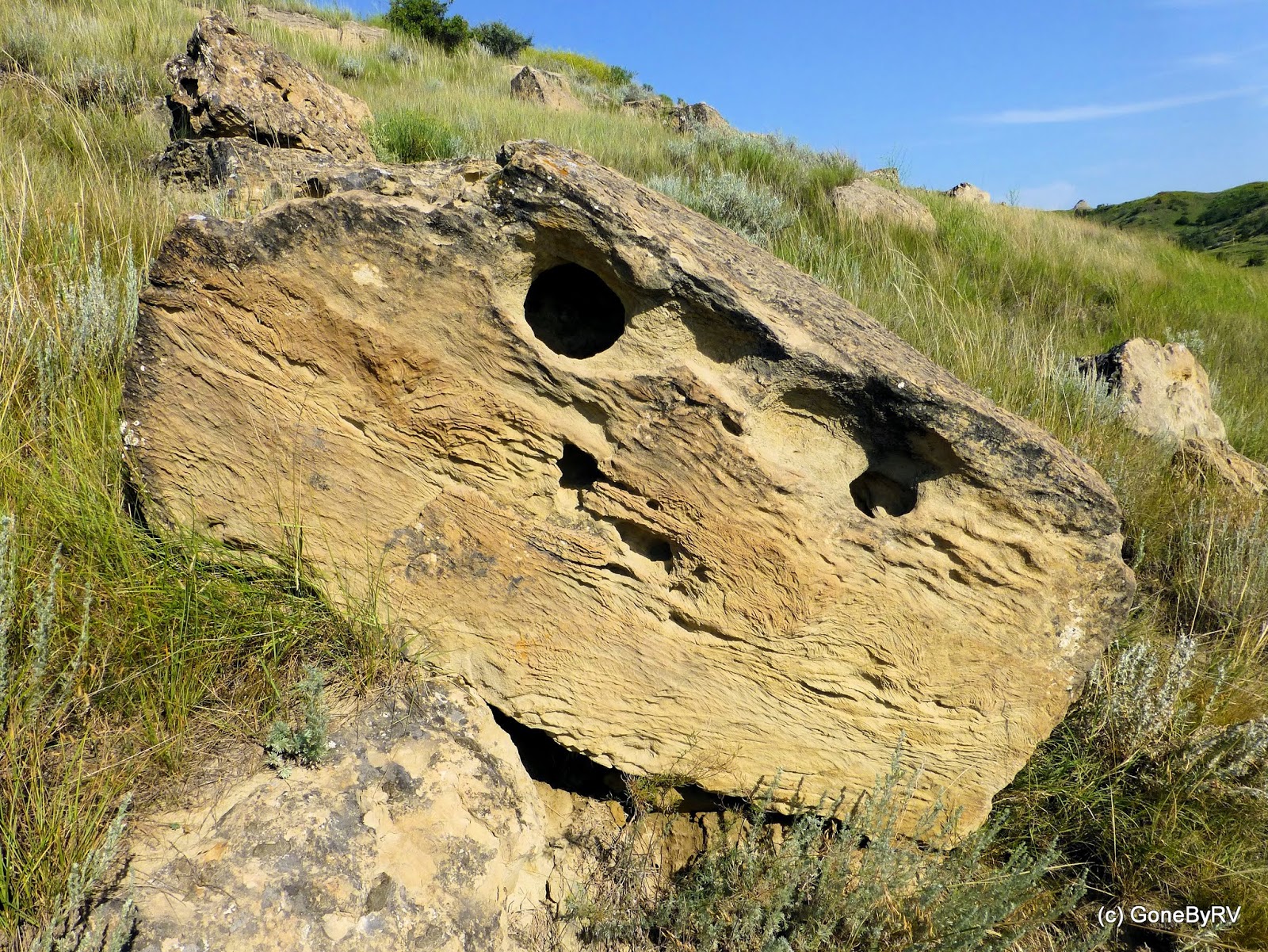 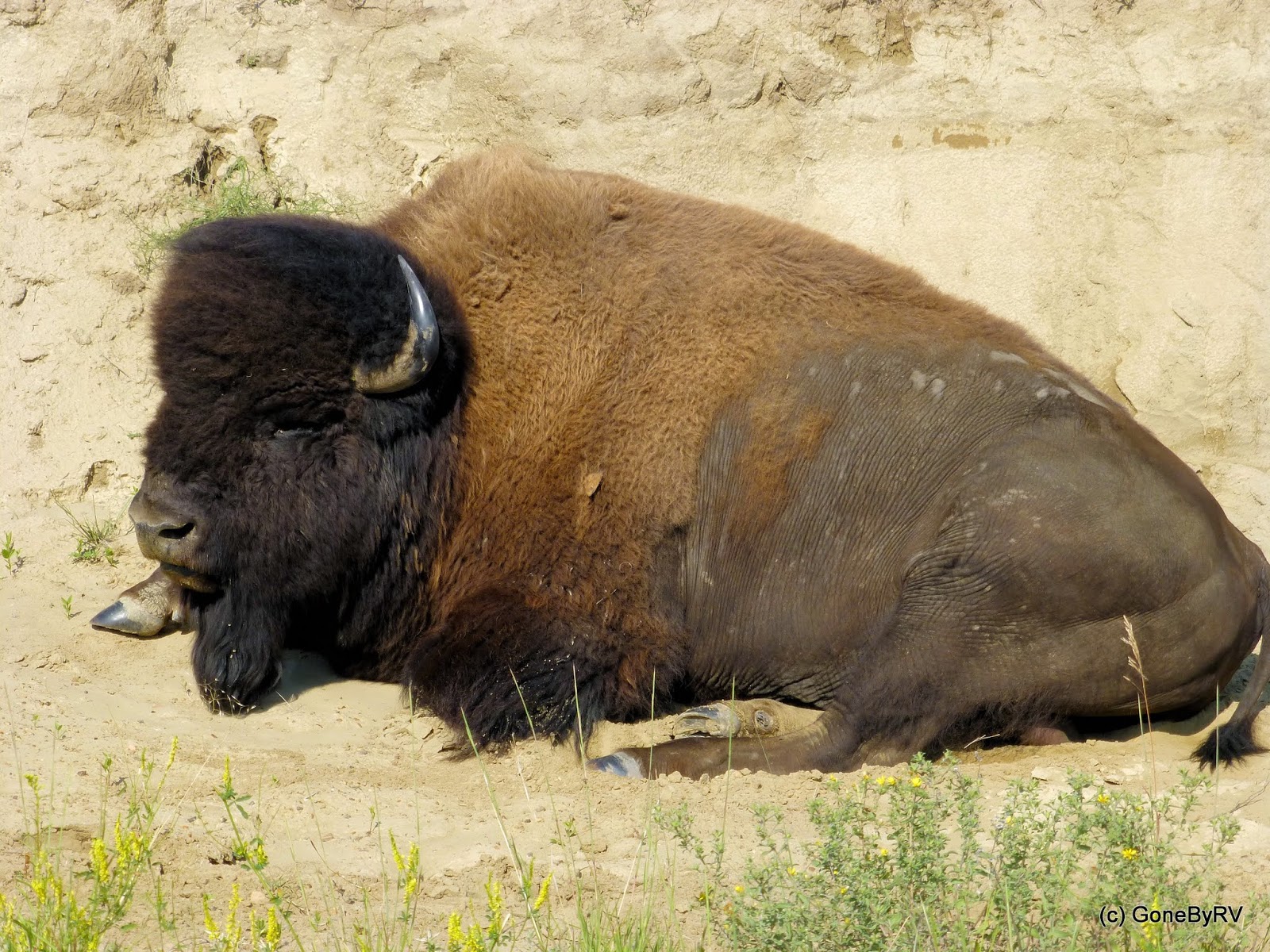 We honestly did not see many bisons in our multi-day exploring into the park, but this guy was certainly "up close and personal" as we came around a curve in the road. 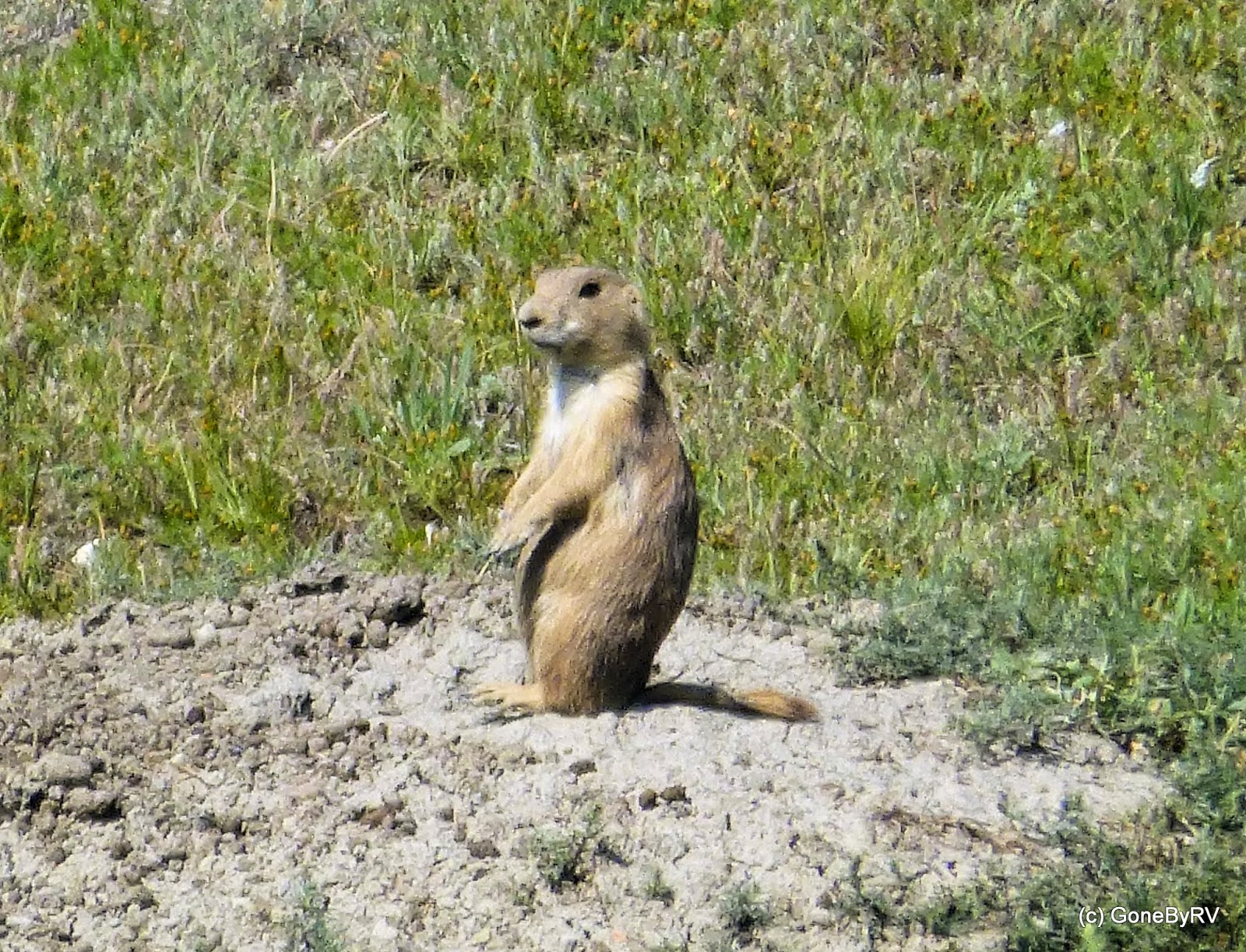 There are many, many prairie dog towns in TRNP.  We saw the ones in Custer State Park, SD, but the areas are much larger and spread out here in TRNP.  They are never too shy for passing motorists. 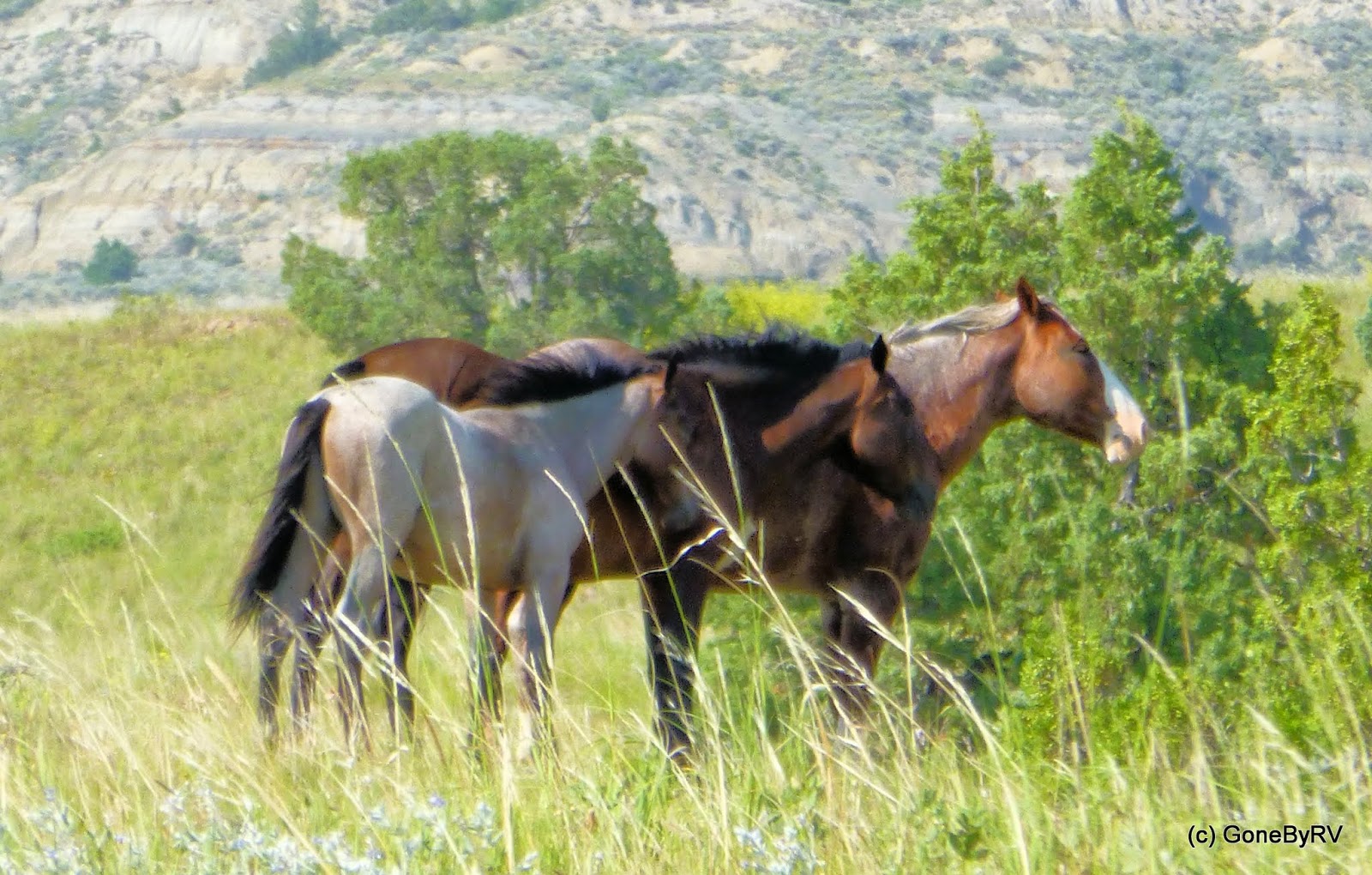 TRNP also has a good number of wild horses in the park.  Best sightings are usually in the southeast portion of the South Unit.  This looked like a "family".

There are so many beautiful vistas to be found in TRNP.  Rather than become too wordy, I'll just post a few pictures.  Don't forget to take a look at today's Google+ Web Albums for many more pictures. 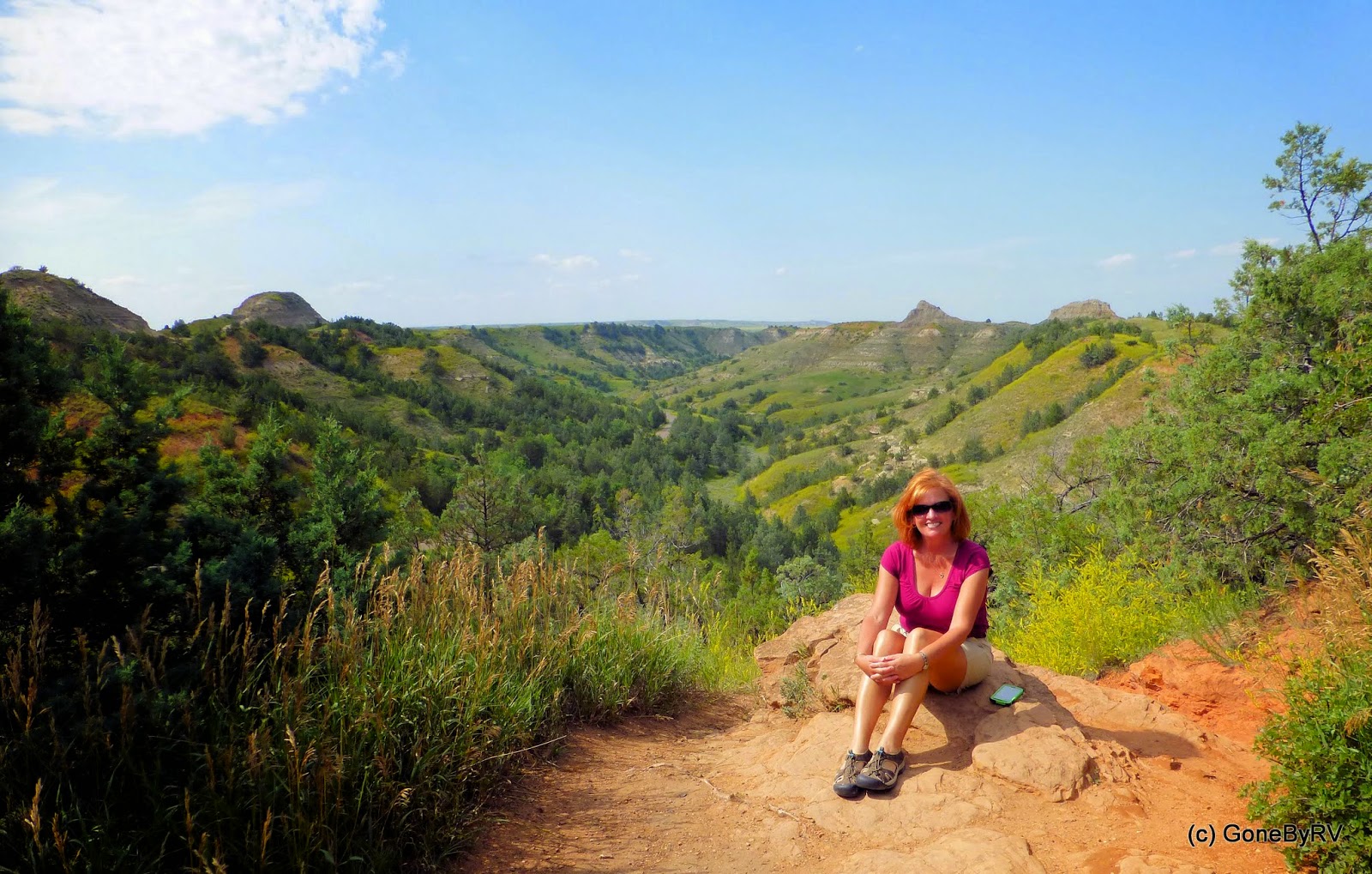 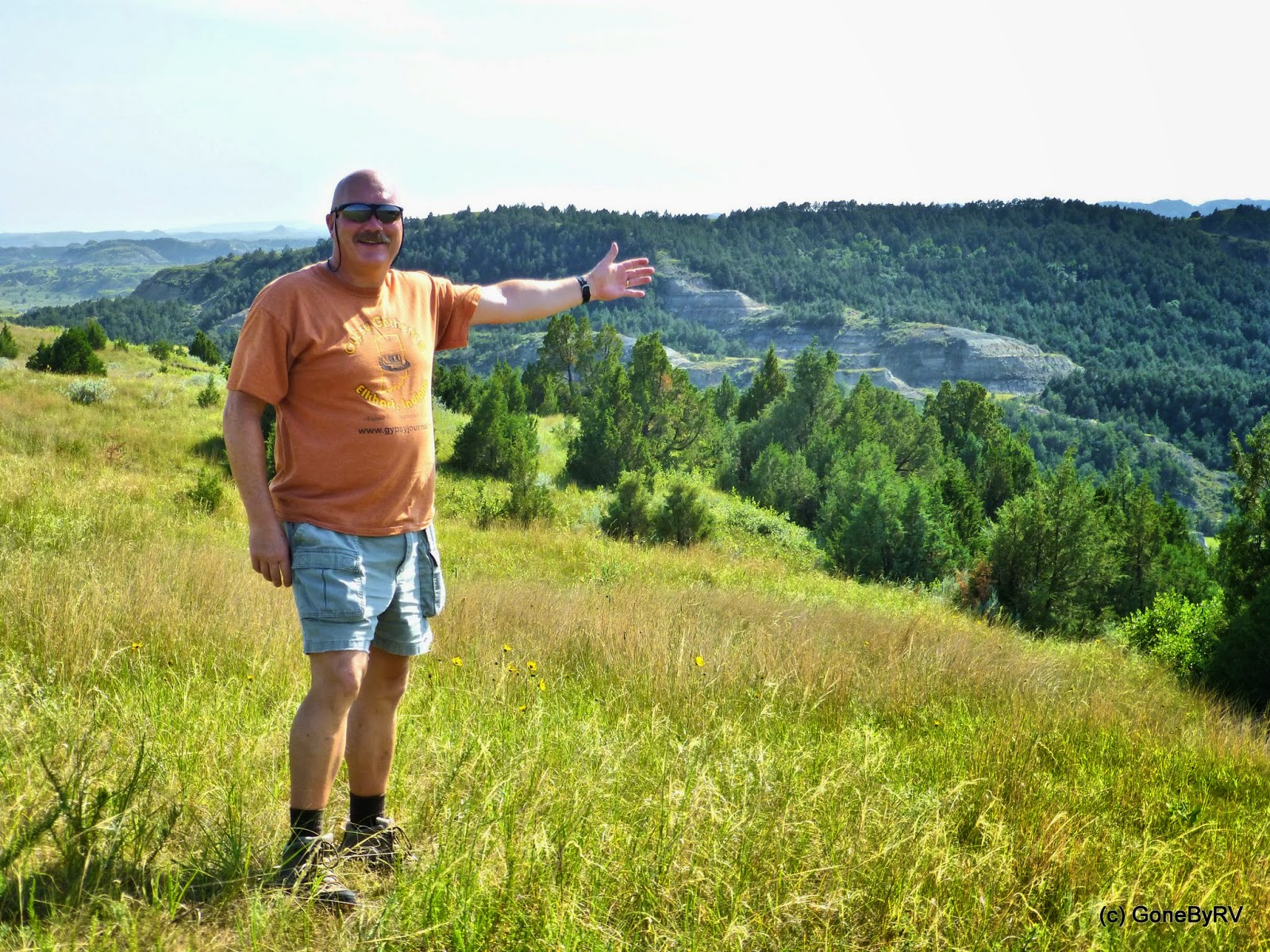 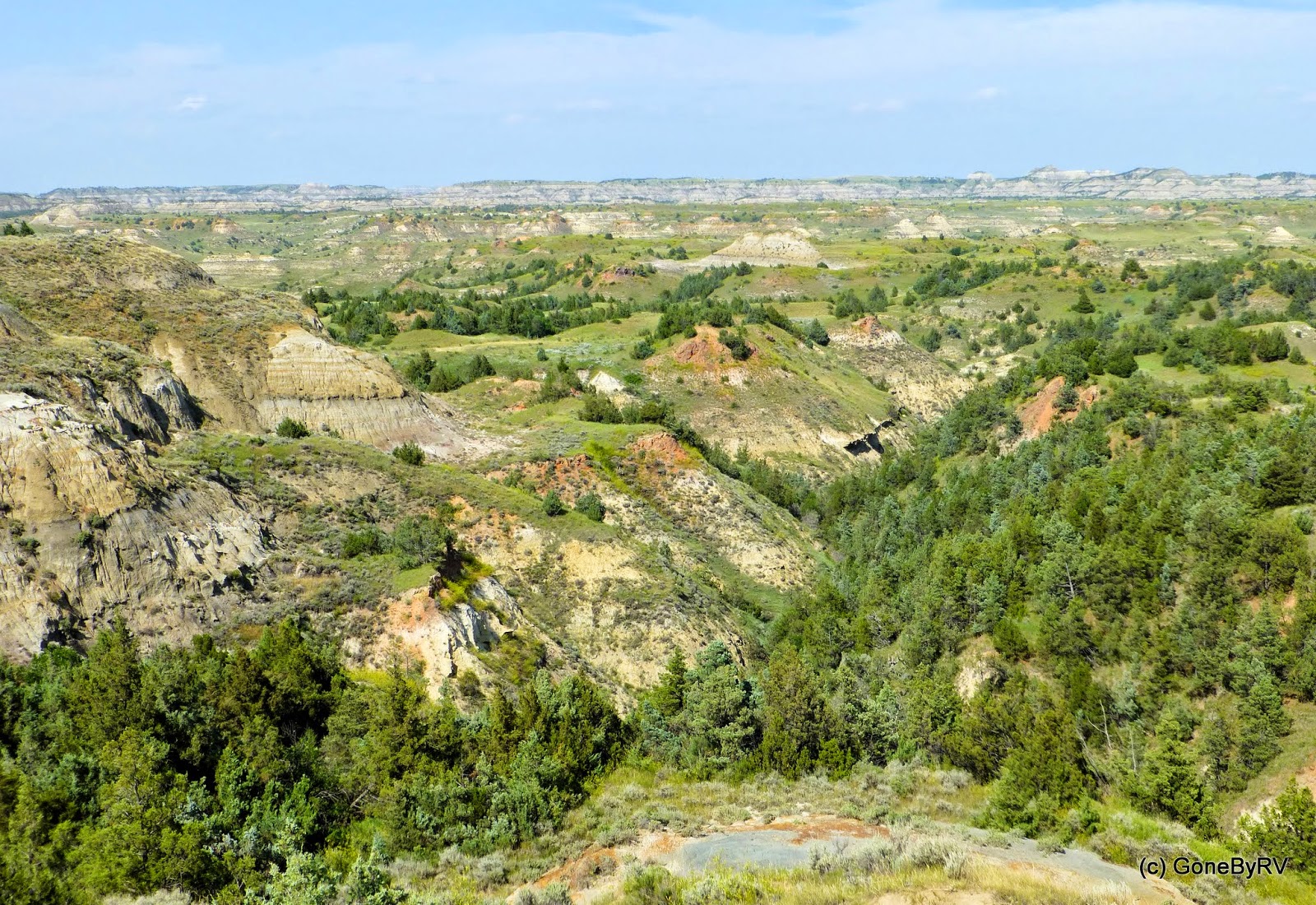 That's enough for this installment of TRNP.   Stay tuned for Part II.

Thanks for stopping by to take a look!
Posted by Steve and Karen at 12:15 AM