Our First Ever Visit to North Dakota

Written from Medora, ND   (Click on pics to Enlarge)

We've been in South Dakota since July 1st and have really enjoyed our "home" state.  It was time to move on, however, and we've decided to eventually visit Glacier NP in Montana.  After checking routes on the map, we decided to head north into North Dakota.  This is our first ever visit to the state, so we had no preconceptions around where to visit or things to see. 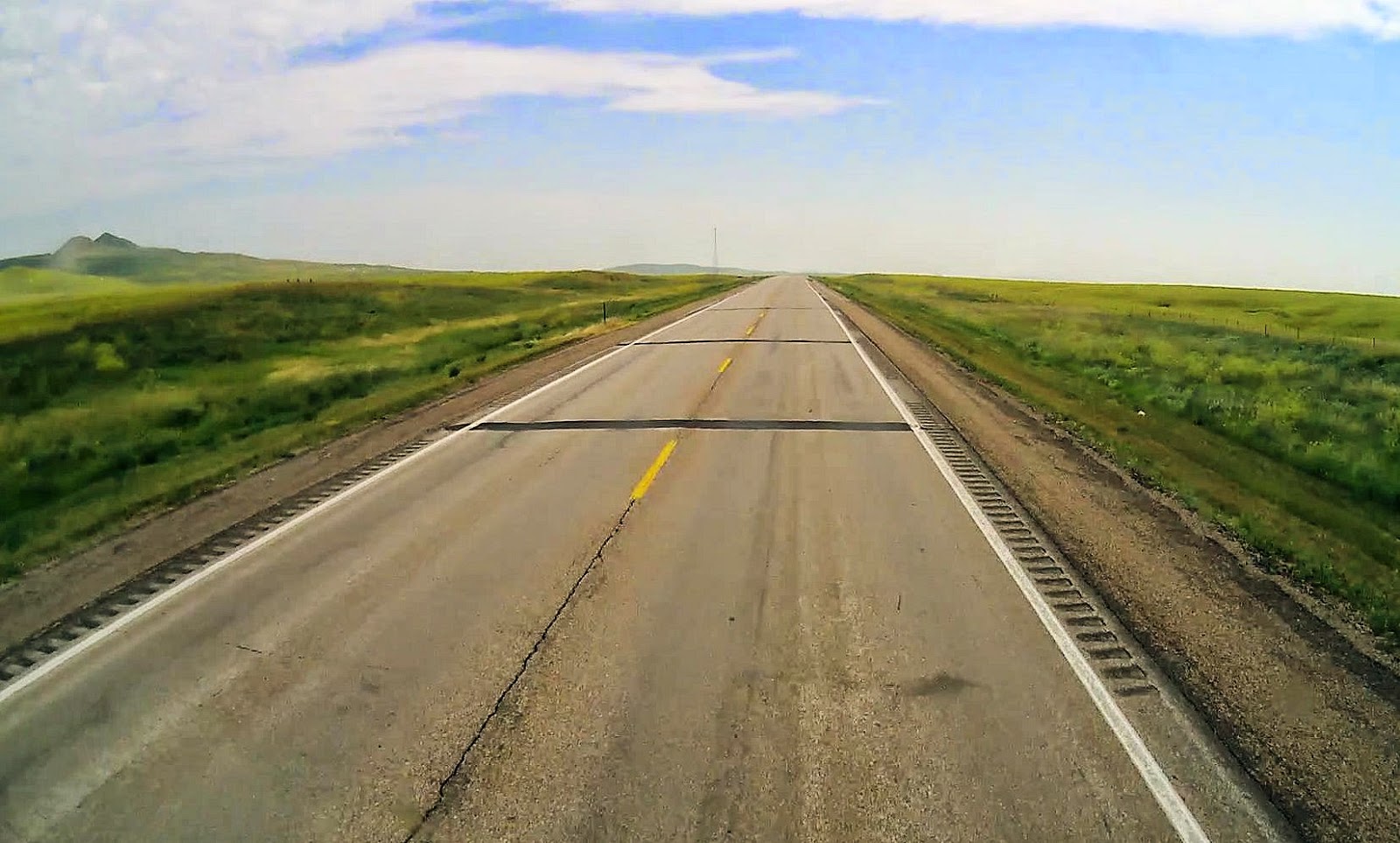 We left Rapid City and after a short distance on I-90 we turned north on Route 85.  Most of Rt. 85 is two-lane and there is VERY LITTLE traffic. 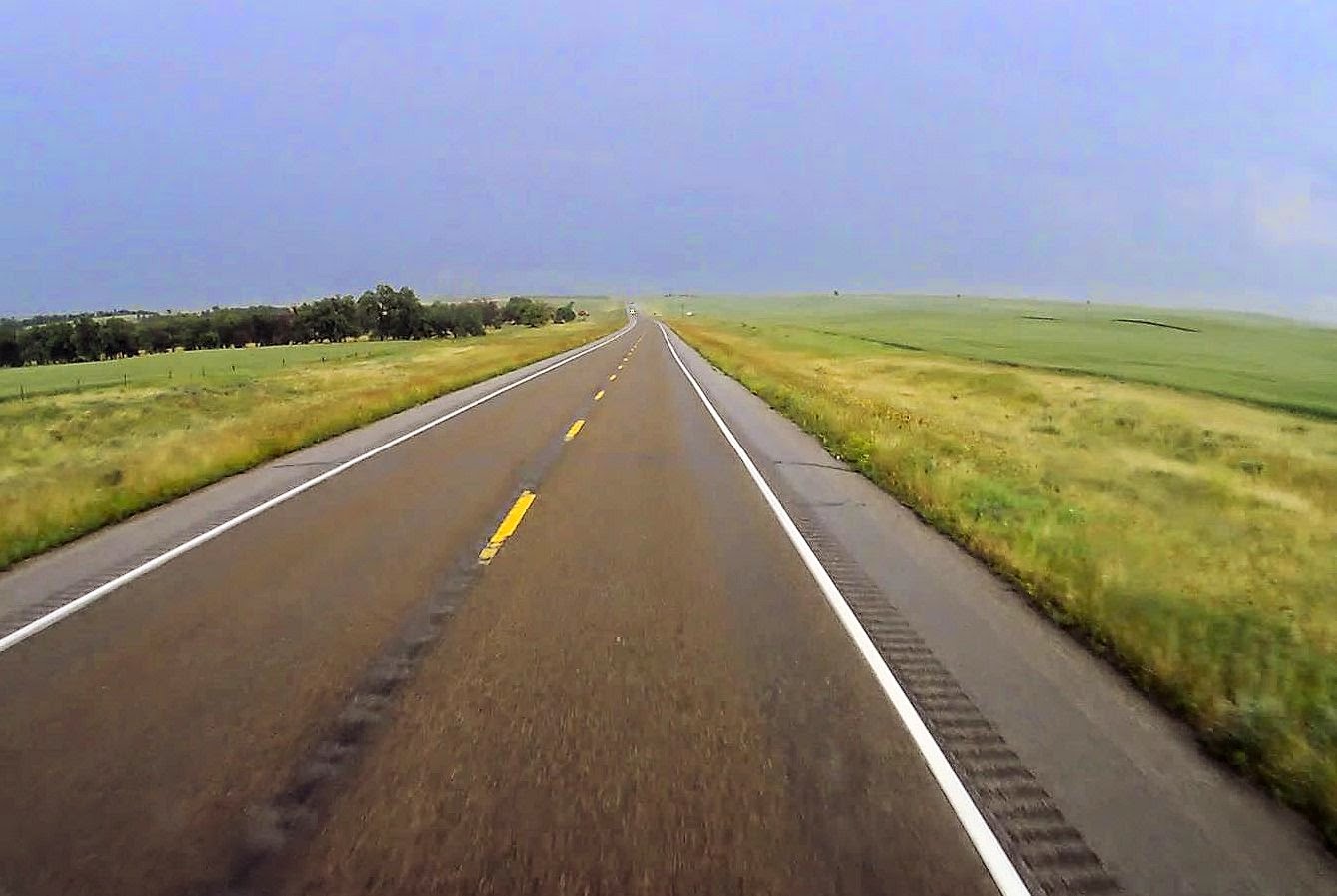 We were doing well until four hours into the trip and a large storm began pushing west to east across our path.  Fortunately, we just caught the trailing edge.


Our destination for the next week is Medora, ND.  The only thing we knew about Medora was that the south unit of the Theodore Roosevelt NP led out of Medora.  Honestly, we were wondering what we'd do for an entire week in what looked like a small town.  Let me say that we have been very pleasantly surprised. After all, Medora's borders encompass only .37 square miles and the estimated population in 2013 was 129 people.

A bit of history on Medora.


Okay, enough with the facts and figures.  Let me move on to some pictures and sights we've visited thus far.

Medora is physically very small and is a nice place to visit by either walking or bicycling.  The downtown stores have been renovated and most are very cute. 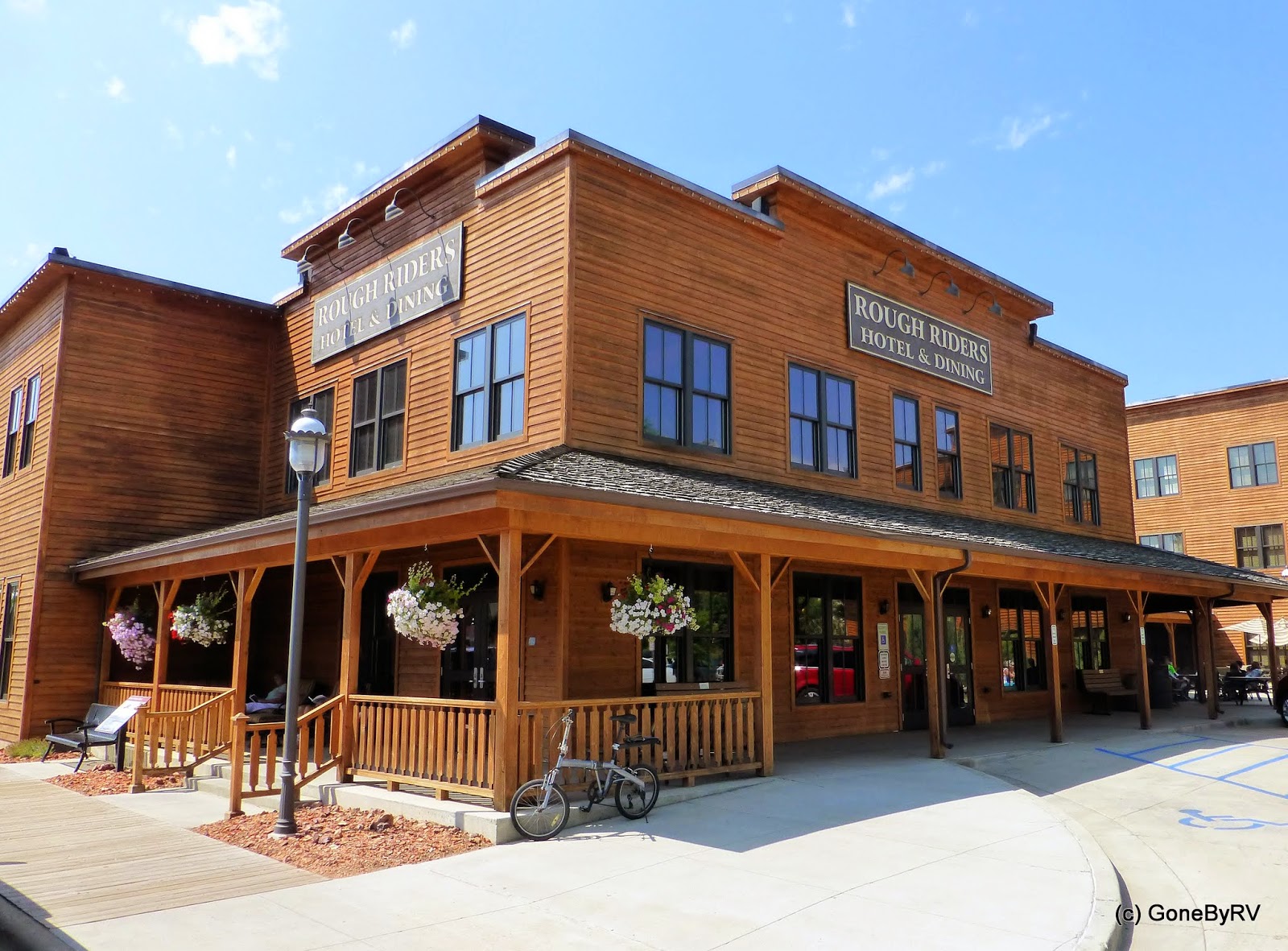 This hotel is now called the Rough Riders Hotel, but originally opened in 1885 as the Metropolitan Hotel. 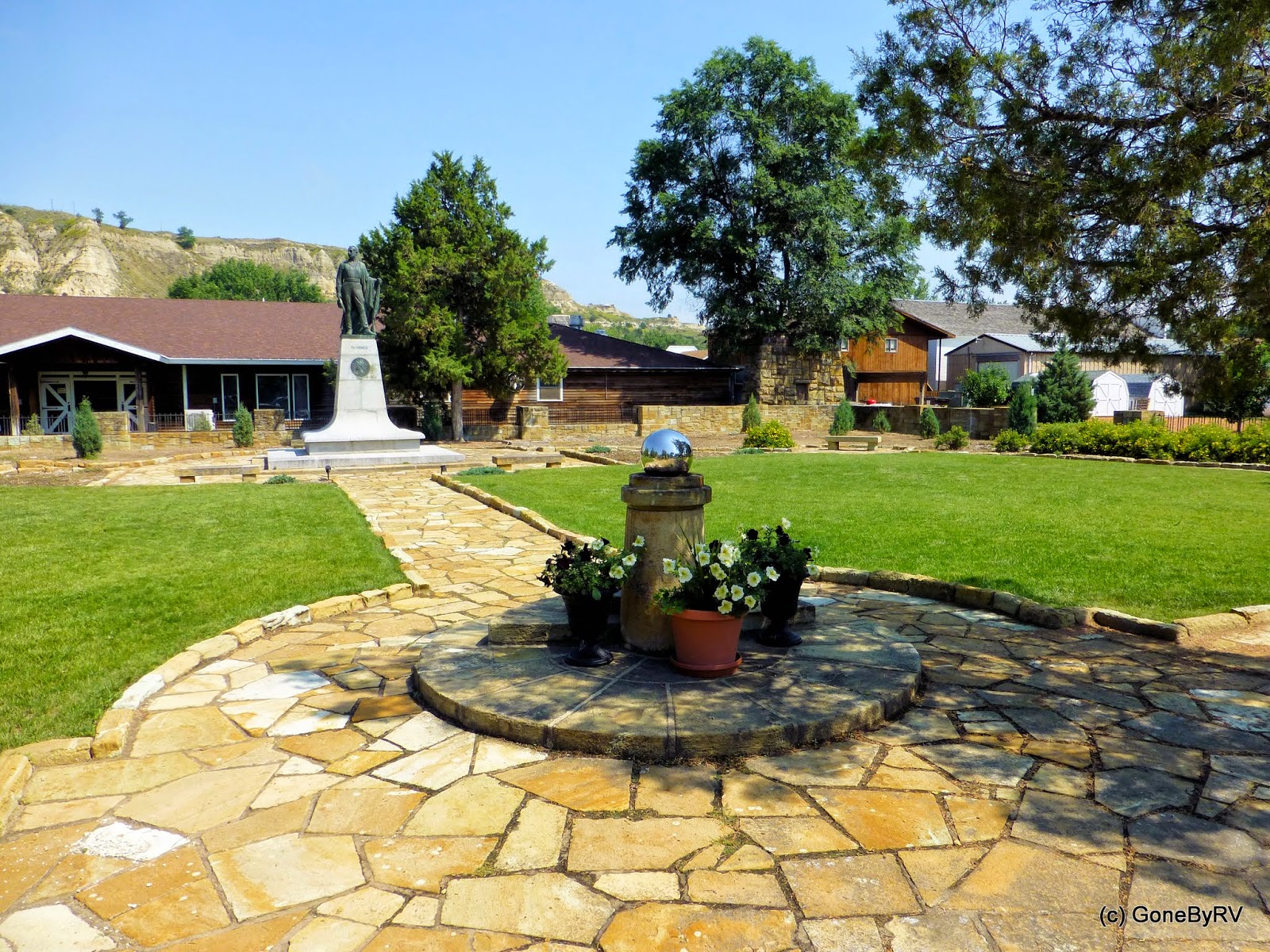 Because the Marquis de Mores was the founding father of the town and played a very important role in the initial years, a statute is dedicated to him in a small park in the center of town. 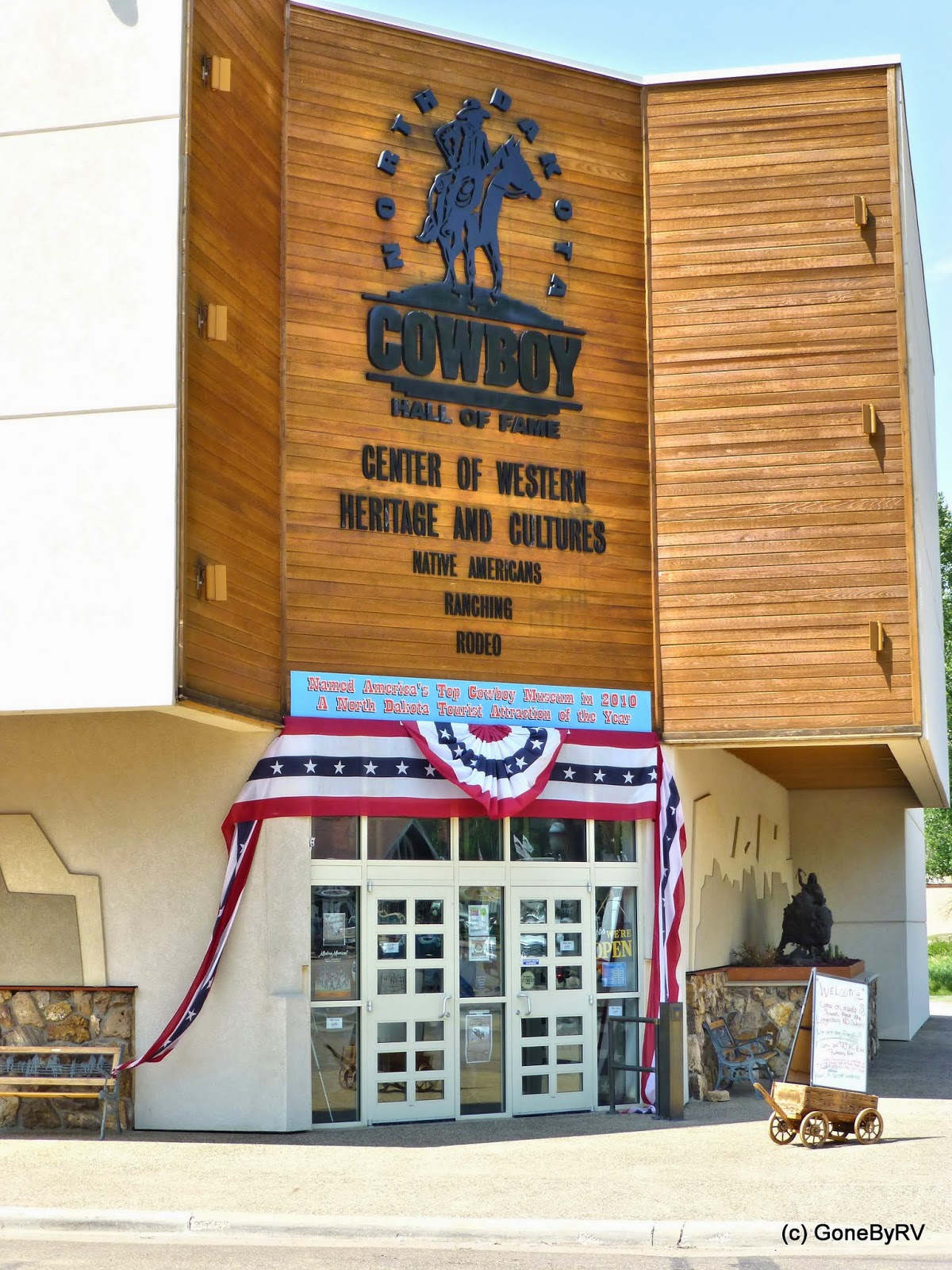 We haven't visited the North Dakota Cowboy Hall of Fame yet, but will before we leave. 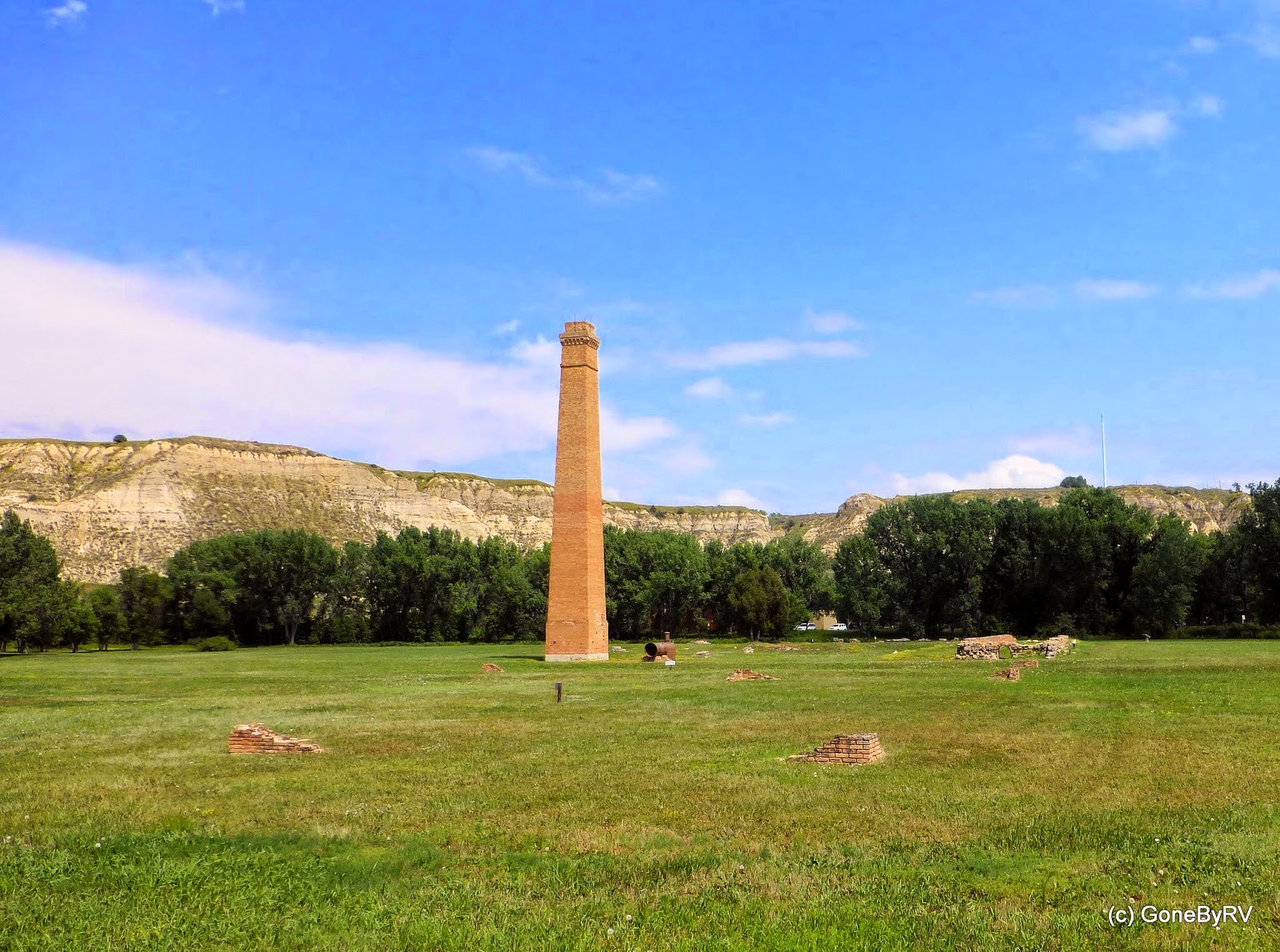 As stated earlier, the Marquis de Mores began several businesses in the early years of Medora.  One of those businesses was a cattle slaughterhouse operation which involved using refrigerated train cars to ship meat back to cities in the east.  It was built in 1883, but a terrible winter in 1887 which transformed the cattle industry as a whole caused the business to cease operations in late 1886.  The structure was destroyed by fire in 1907. 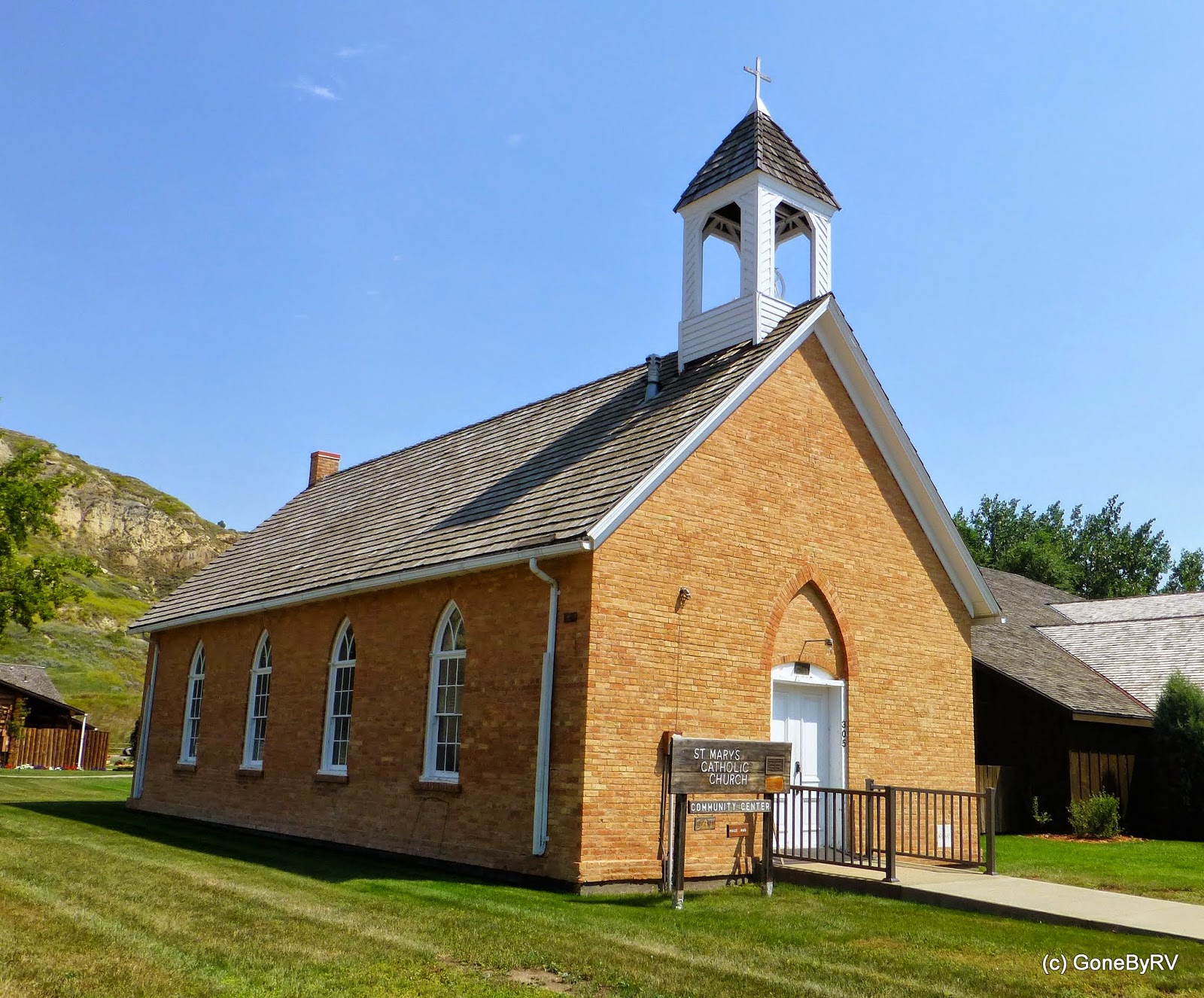 St. Mary's Catholic Church has been in continuous use since construction in 1884. 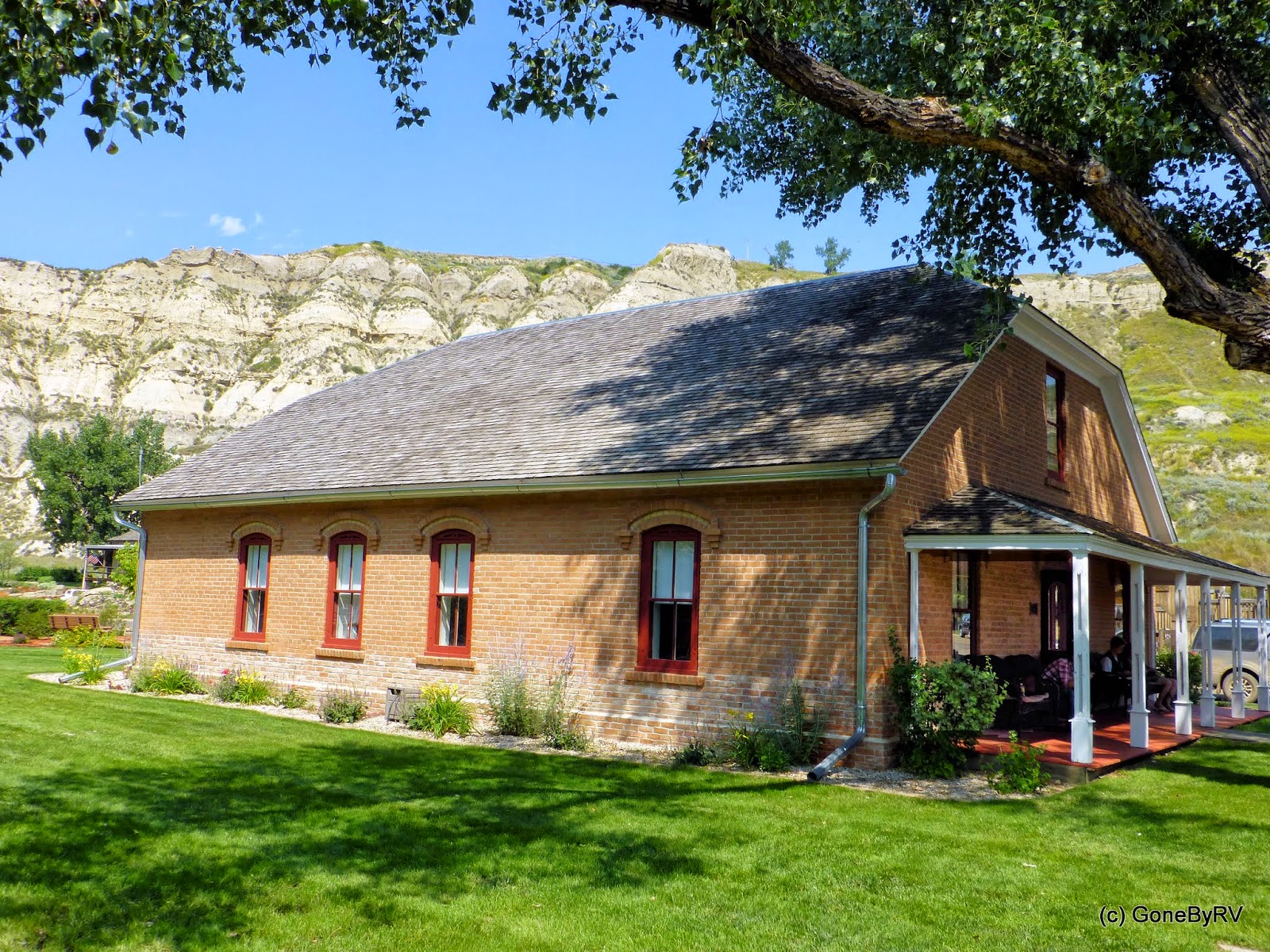 The Von Hoffman House was built by Peter Book in 1884 (same builder of the St. Mary's Catholic Church) for the Baron Louis and Athenais Von Hoffman.  These folks were the parents of Medora De Mores, wife of the Marquis de Mores.

Here's a few more "around town" pictures of Medora. 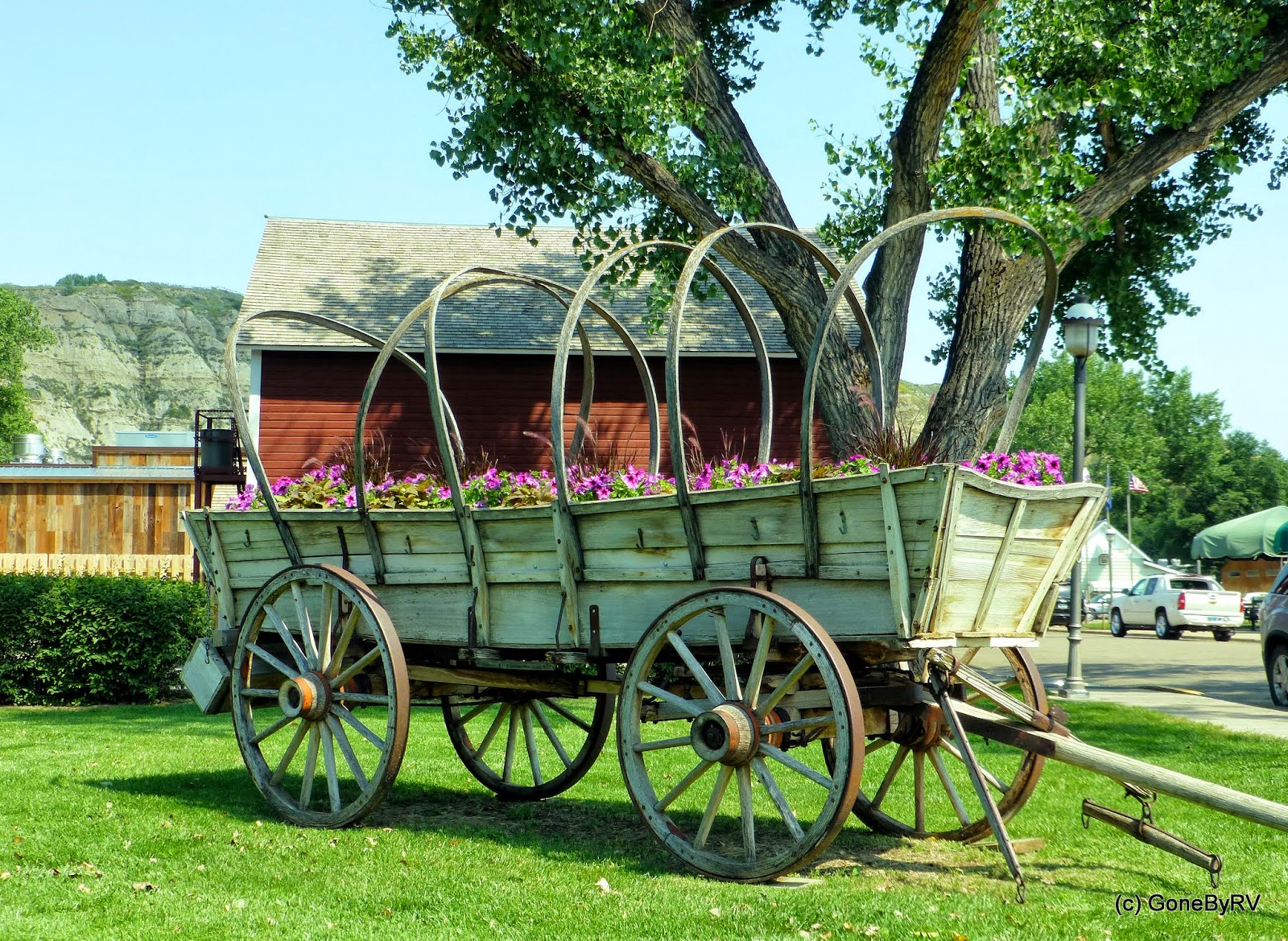 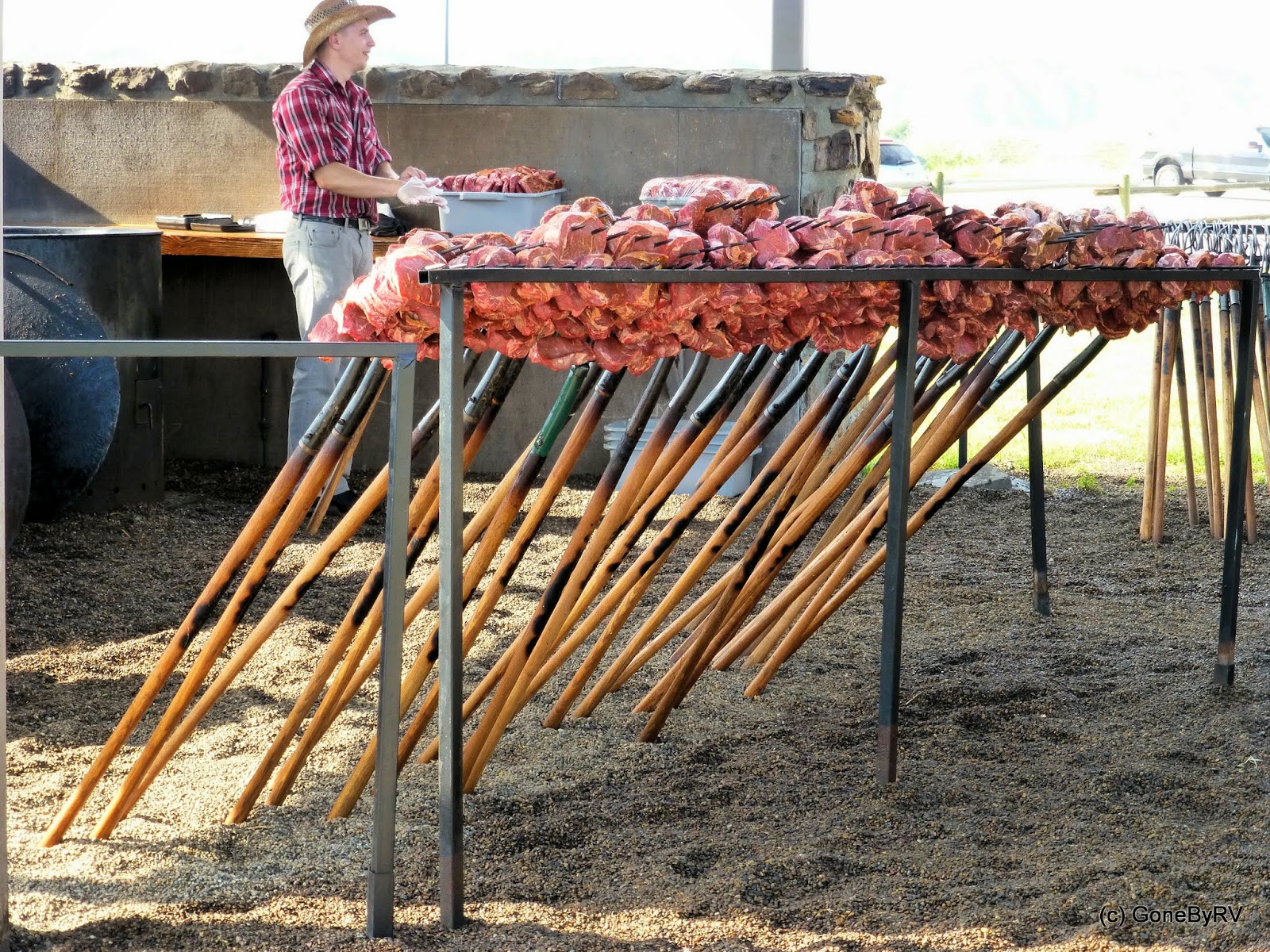 We also attended the Pitchfork Fondue and Cowboy Cookout.  I don't know about you, but I was familiar with the term "fondue" (from the 1970's), but I had no idea how that applied to pitchforks and cookouts.  As it turns out, the Pitchfork Fondue and Cowboy Cookout occurs nightly just southwest of Medora way up on a ridge overlooking the Little Missouri River.  Let's say that it involves cooking steaks after placing them on pitchforks and dipping them into boiling oil for a short time. 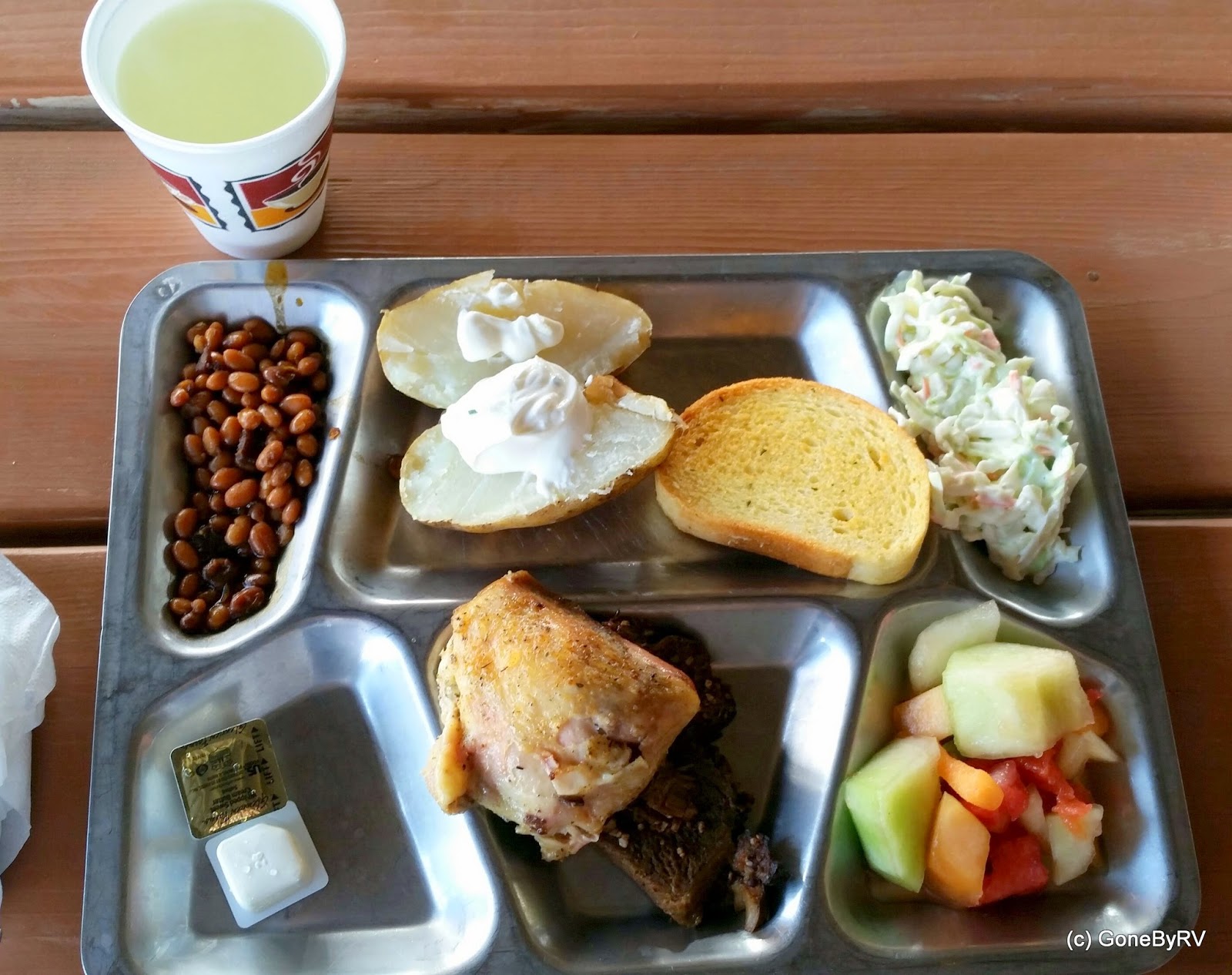 The price for adults is $28 (15% discount for those over 55 on Tuesdays and Thursdays) is a bit steep, but the experience was worth it. Aside from the meat entree, the side items are served buffet style.  Portions are large and all were very tasty. A return trip to the buffet bar is allowed (if you're stomach will allow it). Aside from the Pitchfork Fondue (which was steak), you could also choose to have the Cowboy Cookout which instead of steak consisted of herb roasted chicken, bison roast, and ribs. 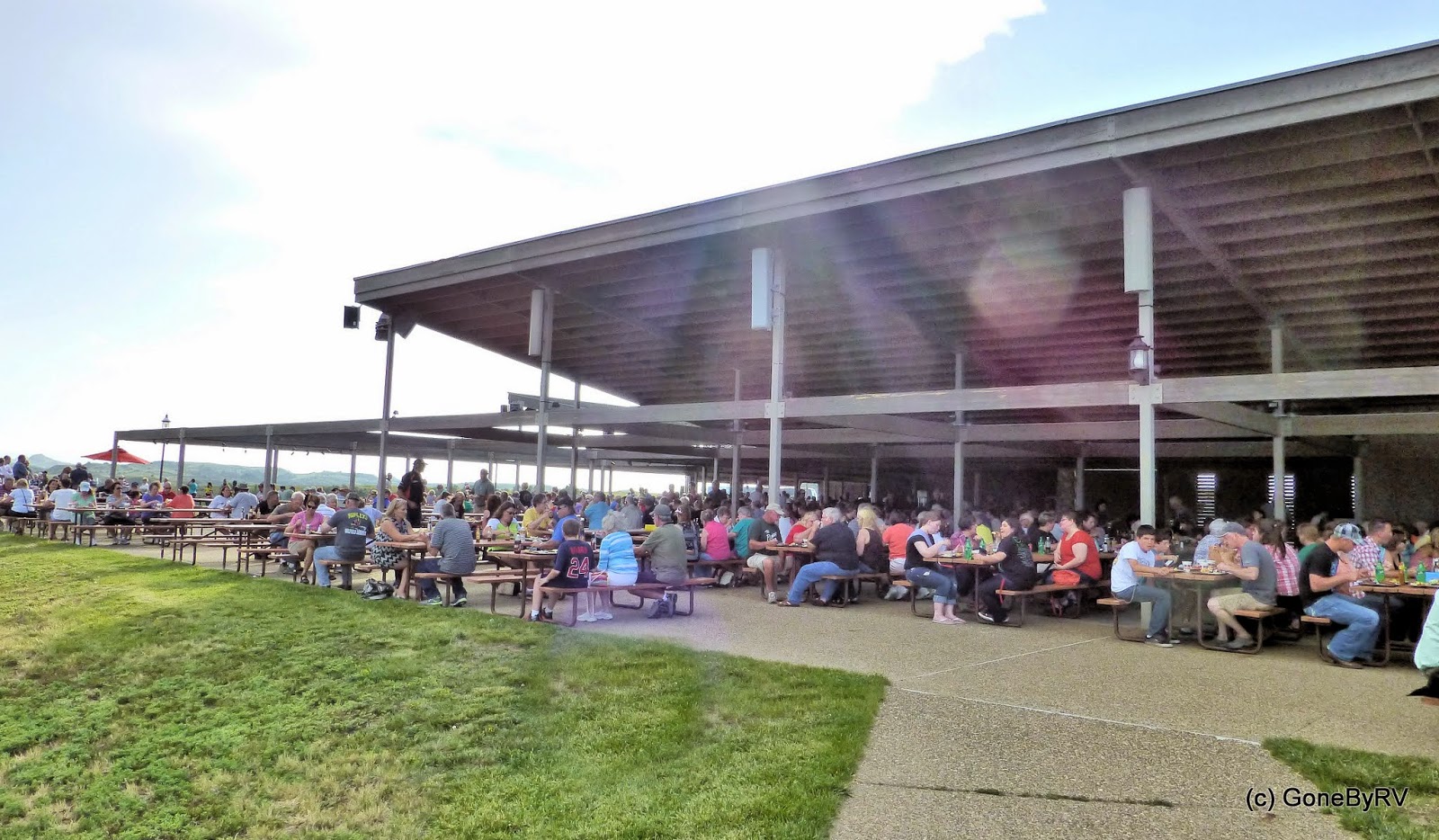 I was surprised how many folks were there on a Thursday night. 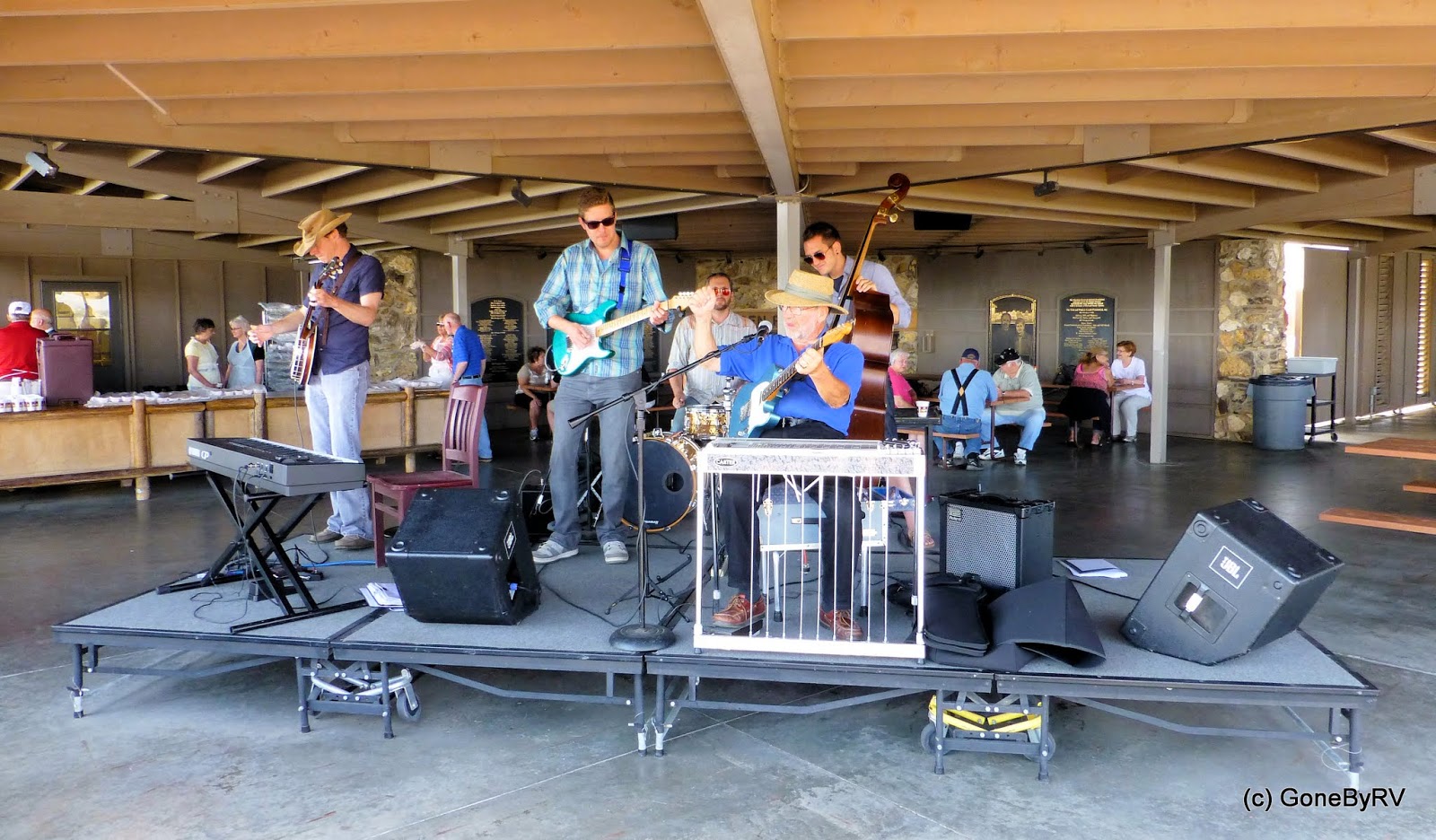 They even have a small live band playing western-themed music during the dinner.  They are part of the Medora Musical which performs nightly throughout the summer and is located next door to the dinner area. 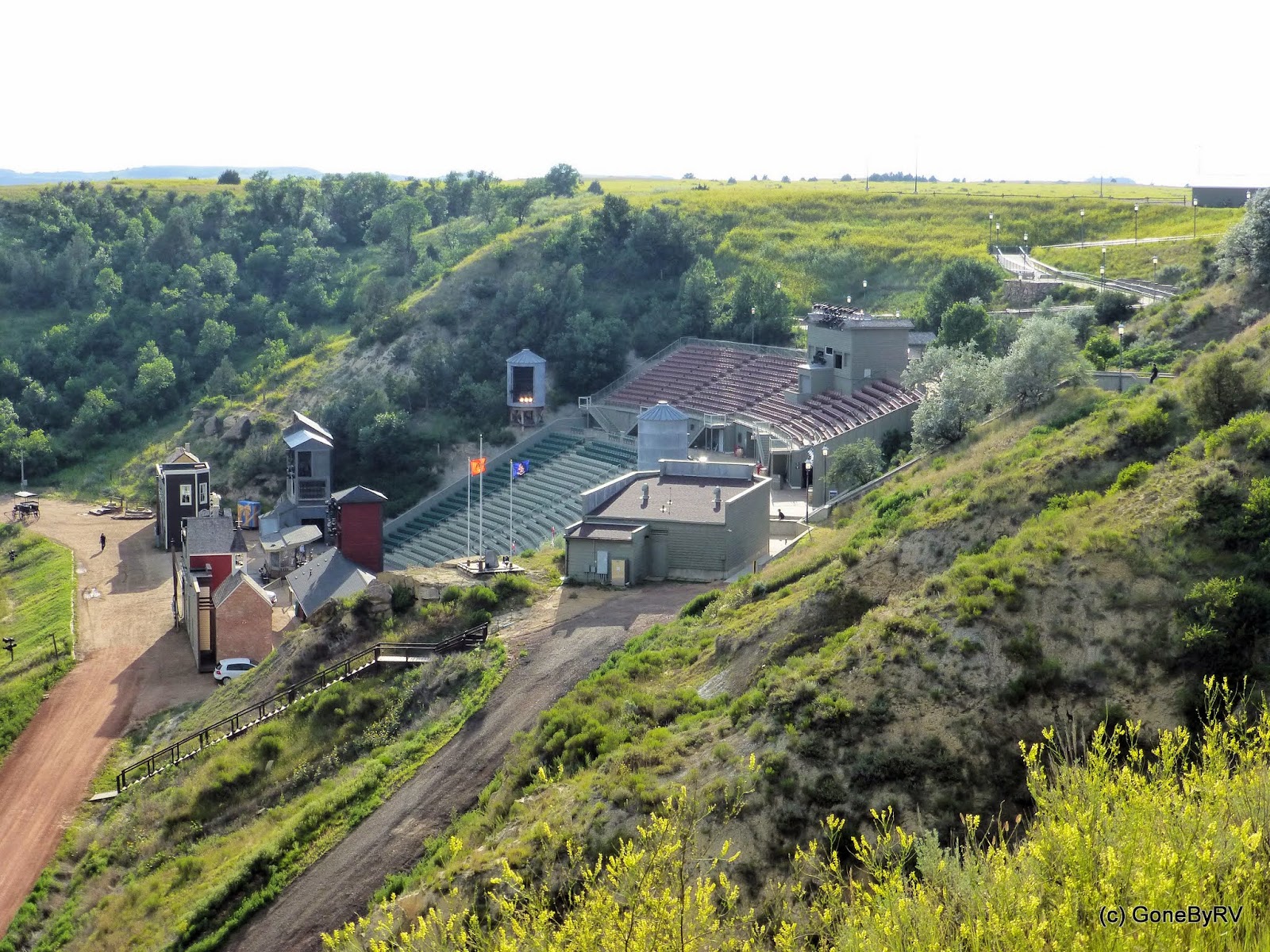 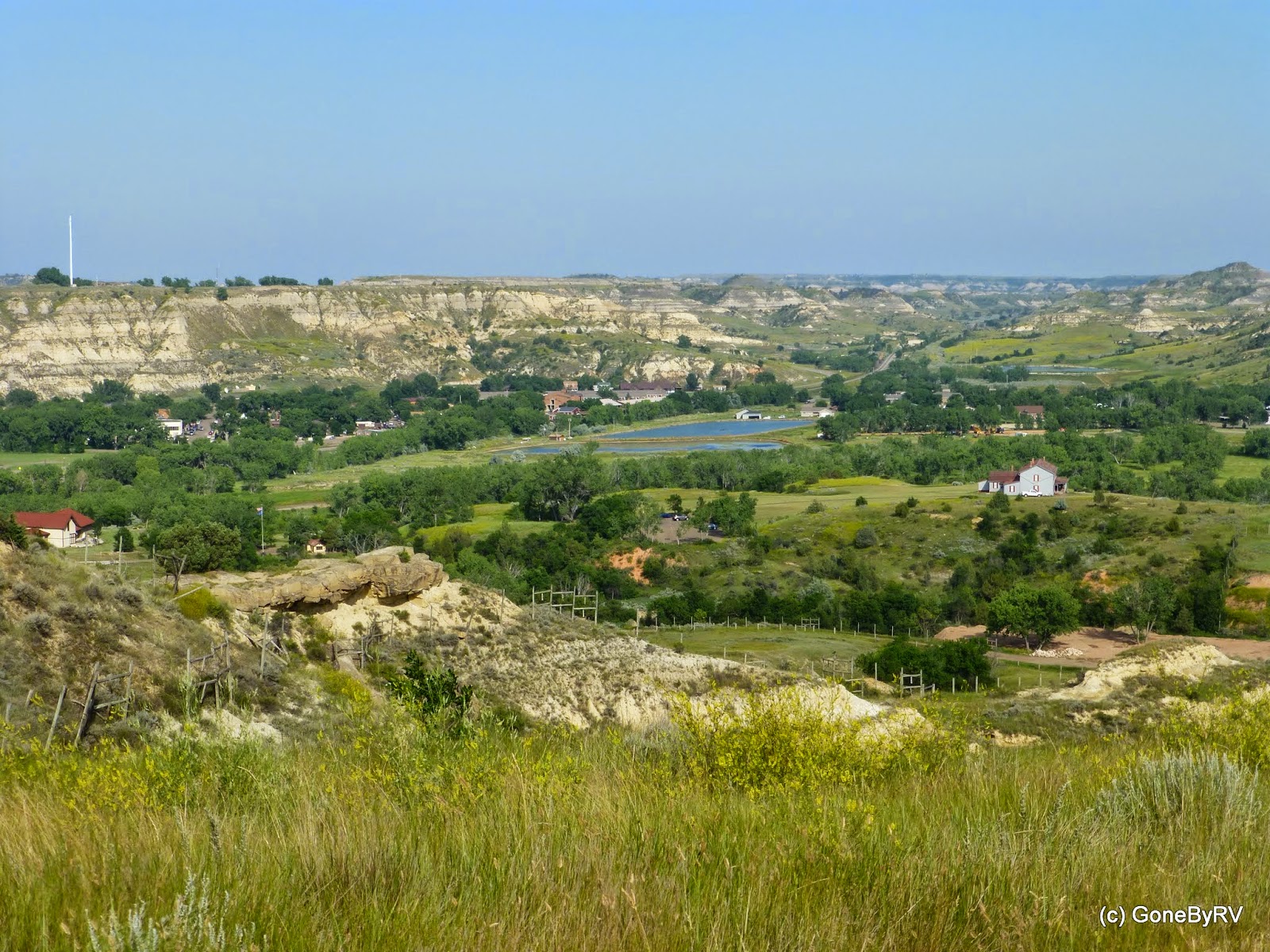 One of the real draws of the cookout is the spectacular view below. The complex in the picture above is located very close to the edge of the ridge which overlooks Medora and the Little Missouri river and a portion of The Badlands.

Of course, one of the star attractions for this area is the Theodore Roosevelt National Park.  Because this post is getting too long, we'll save that area for another day.