Posted from Hermosa, SD   (Click on Pics to Enlarge)

On Saturday we drove to Jewel Cave National Monument to take a Lantern Tour led by the NPS interpreter. We visited this same cave on our visit to the area last year, but took the Scenic Tour during that visit.  While that tour was certainly very interesting, this one was certainly more adventurous. 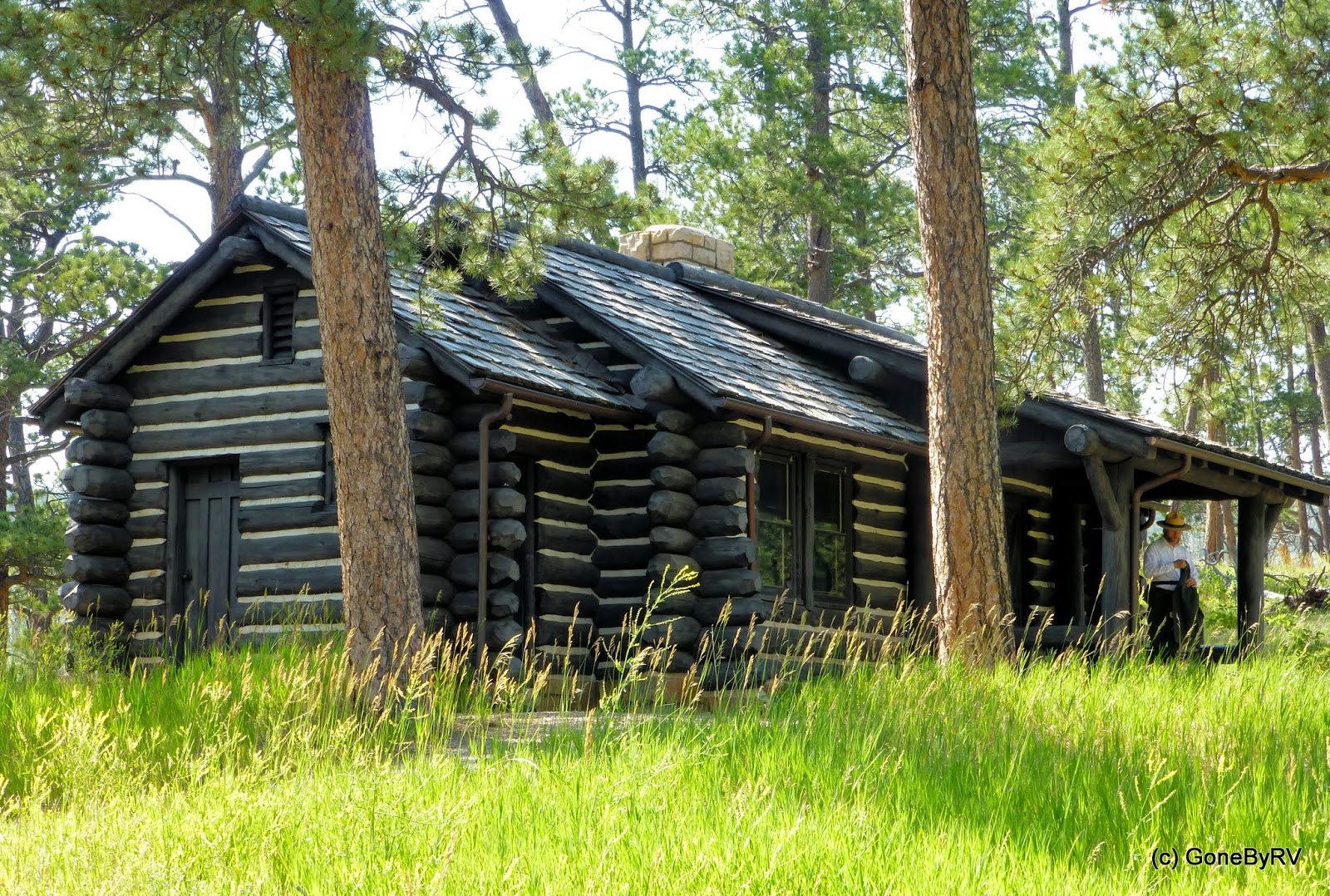 The tour begins near the Jewel NM original visitor center.  (A short distance away from today's visitor's center).  The original cabin was home to the first ranger and served as a visitor's center at the same time in the late 1930's. 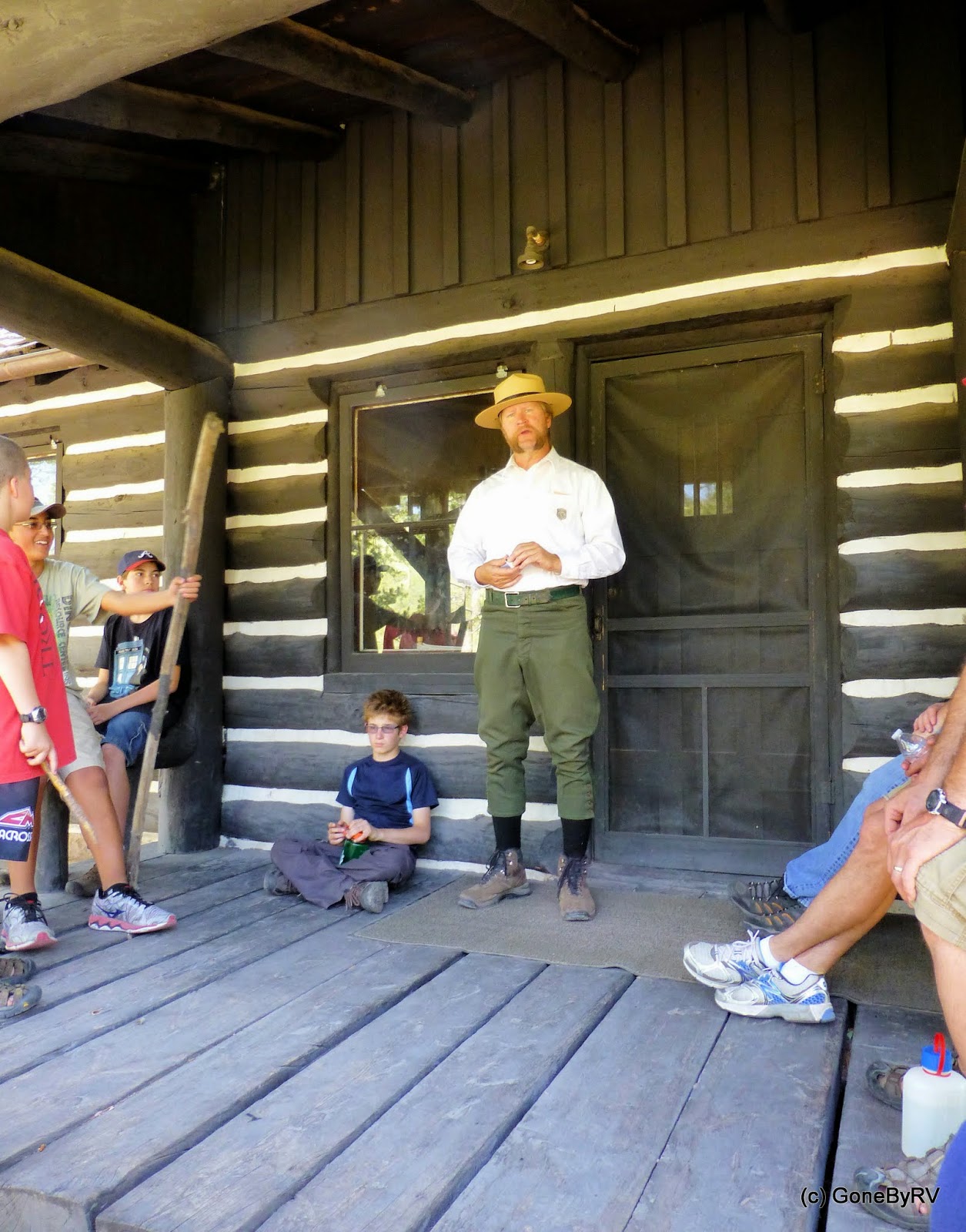 This Lantern Tour is designed to give visitors a feel for what it was like in earlier times when tours were given by lanterns prior to the installation of electric lights which are used today in the other tours. The brochure states The tour route is approximately 1/2 mile long, and includes ~600 steep wooden steps (ladder-like stairs), and requires bending and stooping.  I must say that it certainly lends a different feeling to the tour.  Our ranger was dressed in the uniform of the period, with the exception of the hat.  (The original hats were felt, but the NPS couldn't find one in his size today).  He indicated that he had been caving for 35 years and was quite knowledgeable about this cave, and caving in general. 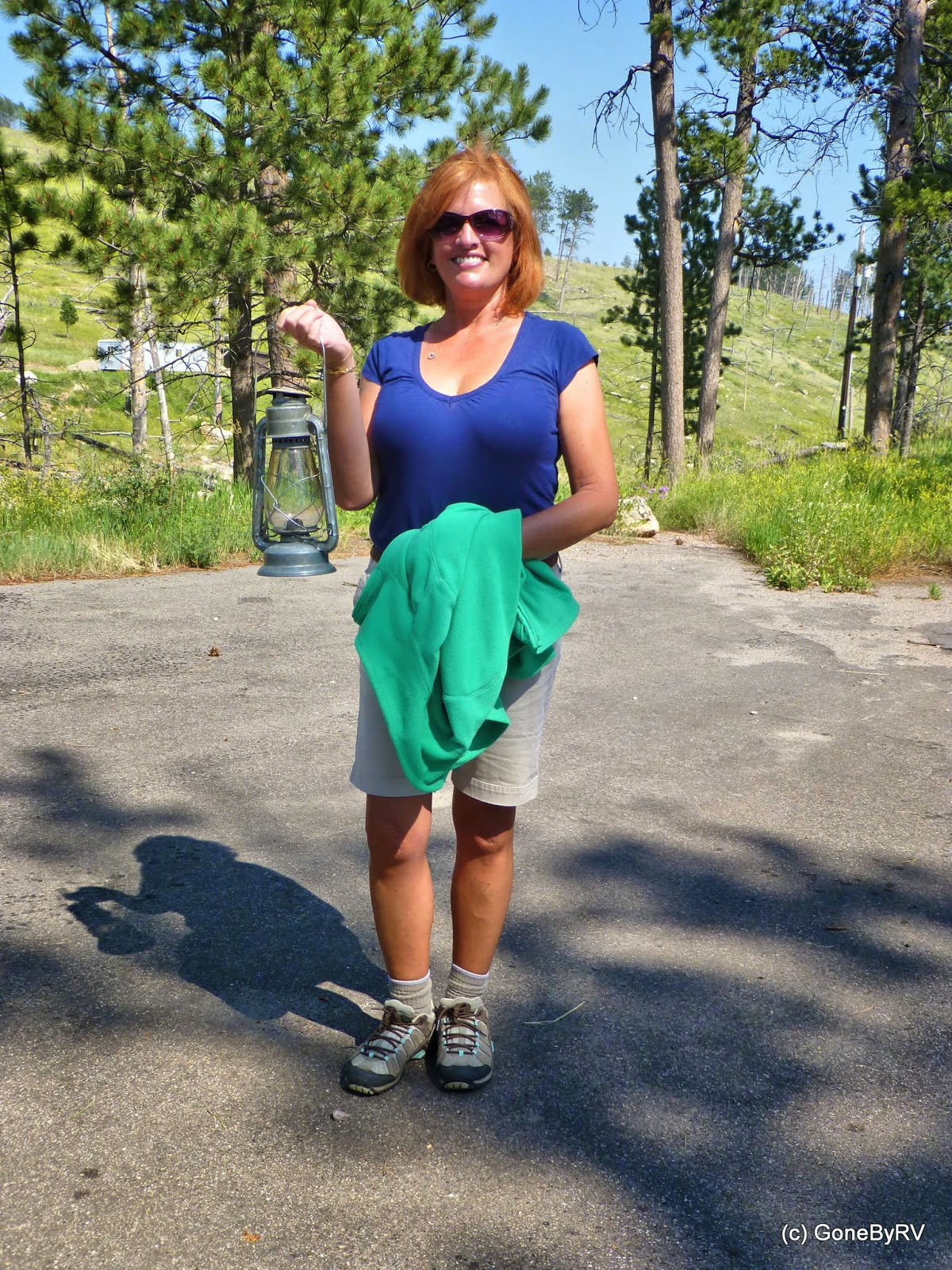 Every other person in the group needed to carry a kerosene lantern for illumination.  The younger folks in the group were given identical lanterns, but they used battery-powered lights instead of real flames.  (A very good idea, by the way, with all of the vertical climbs and narrow stairs.) 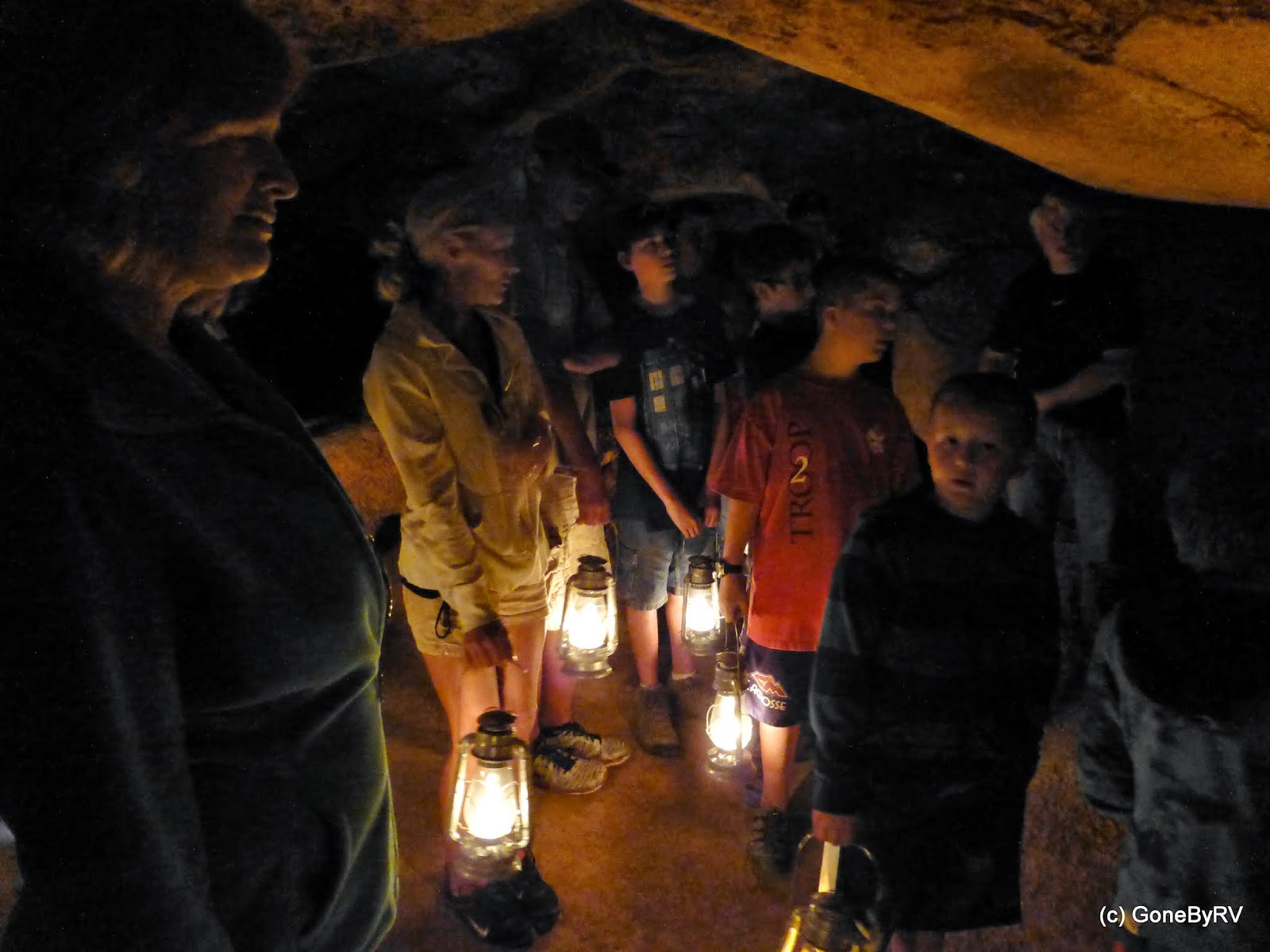 The cave maintains a constant temperature of approximately 49 degrees. A jacket is a good idea here. Once everyone was inside the first "room" of the cave, our guide gave us the basic safety rules and asked if anyone was claustrophobic or wished to leave at this point.   We had about 10 younger folks on the tour, but no one wanted to leave.

There are many "tight areas" encountered during the tour and certainly many low ceilings.  I always manage to find these low ceilings with the top of my head.  Did it again today!


We really enjoyed this cave tour.  It was certainly different from the prior tours we had taken both here and in Wind Cave.  This one really gives you a truer feeling of what it must be like to "explore" a cave rather than just be a "tourist" in a cave.  I would highly recommend this one if you get the chance. The cost this year was $12 per person, or $6 per person with a senior pass.

This was the last day that we had a pass to visit Custer State Park, so on the way back to the campground we drove the Wildlife Loop Road for the final time. We saw many of the frequently viewed animals, but no bison today.  Prairie dogs, pronghorn antelopes, and burros are common sights every time we took this route. 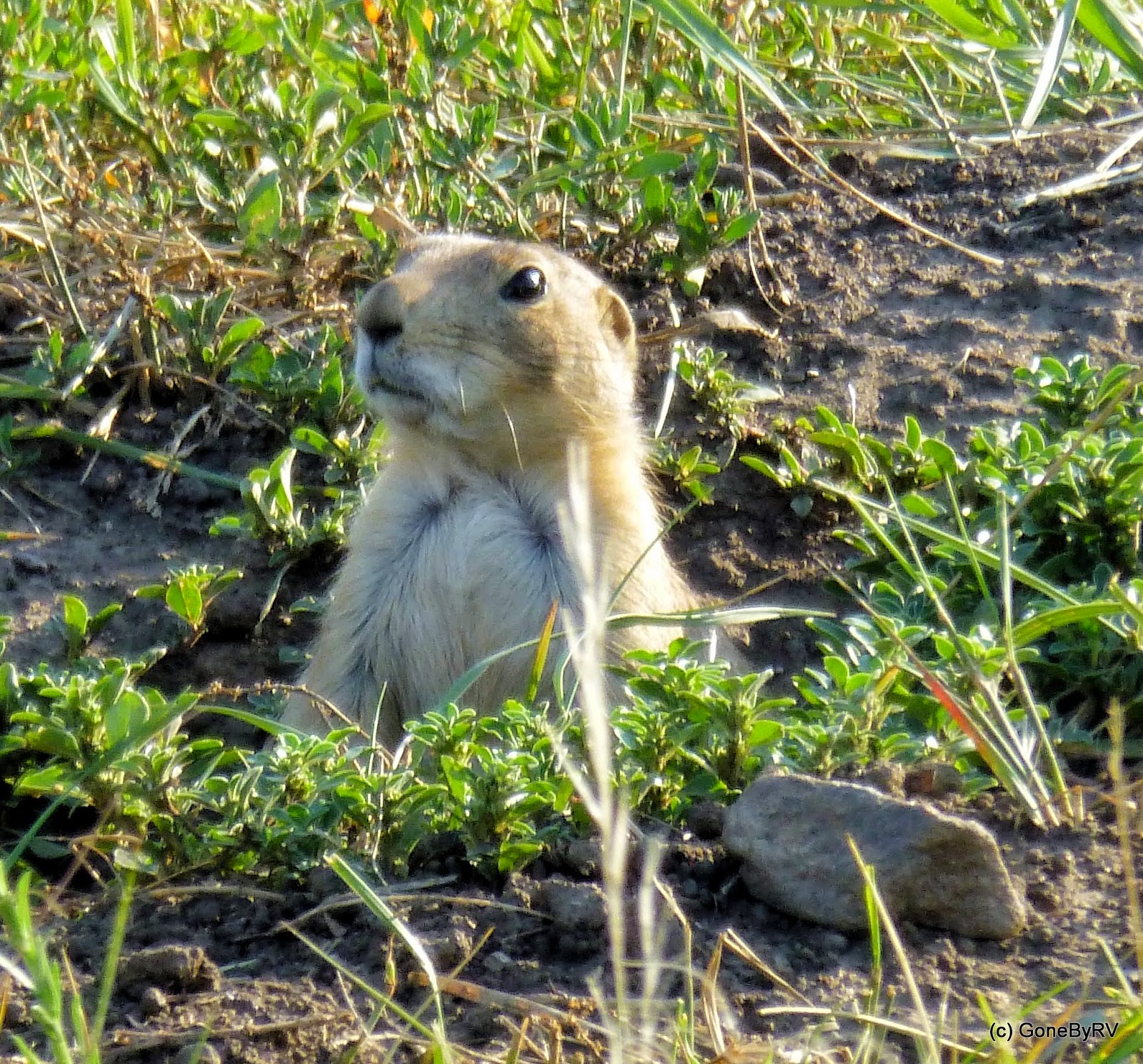 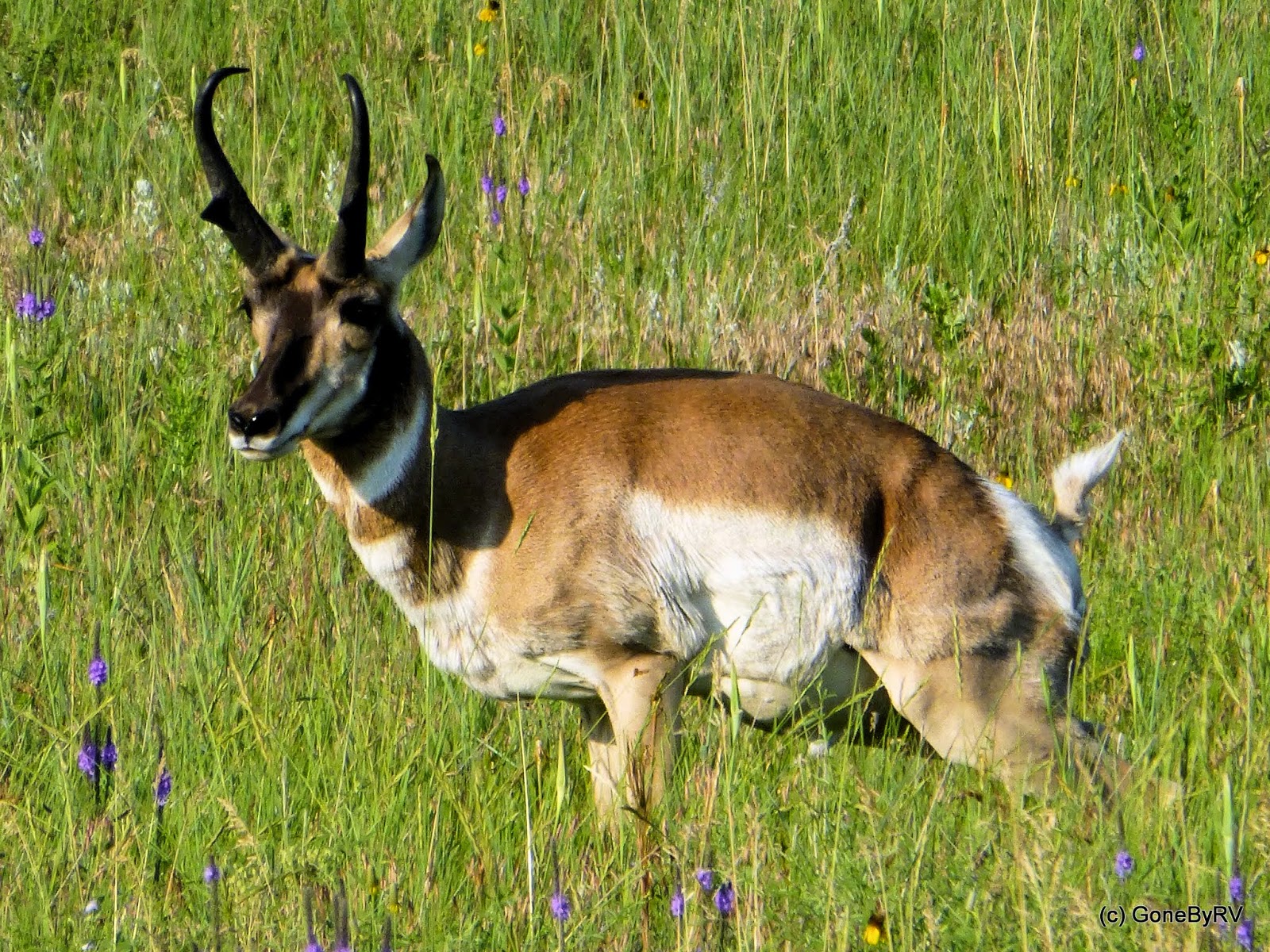 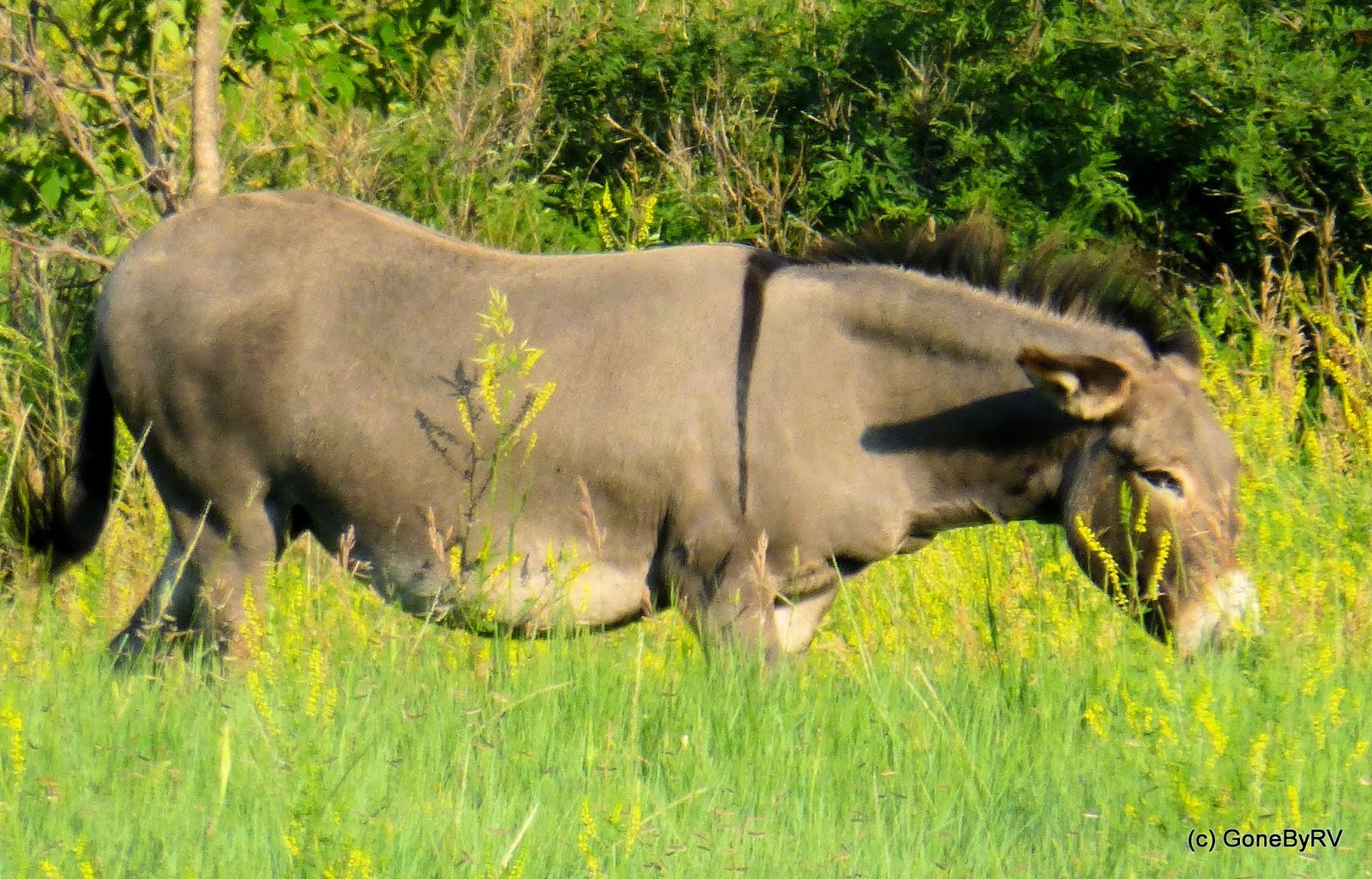 Thanks for stopping by to take a look!
Posted by Steve and Karen at 12:21 AM