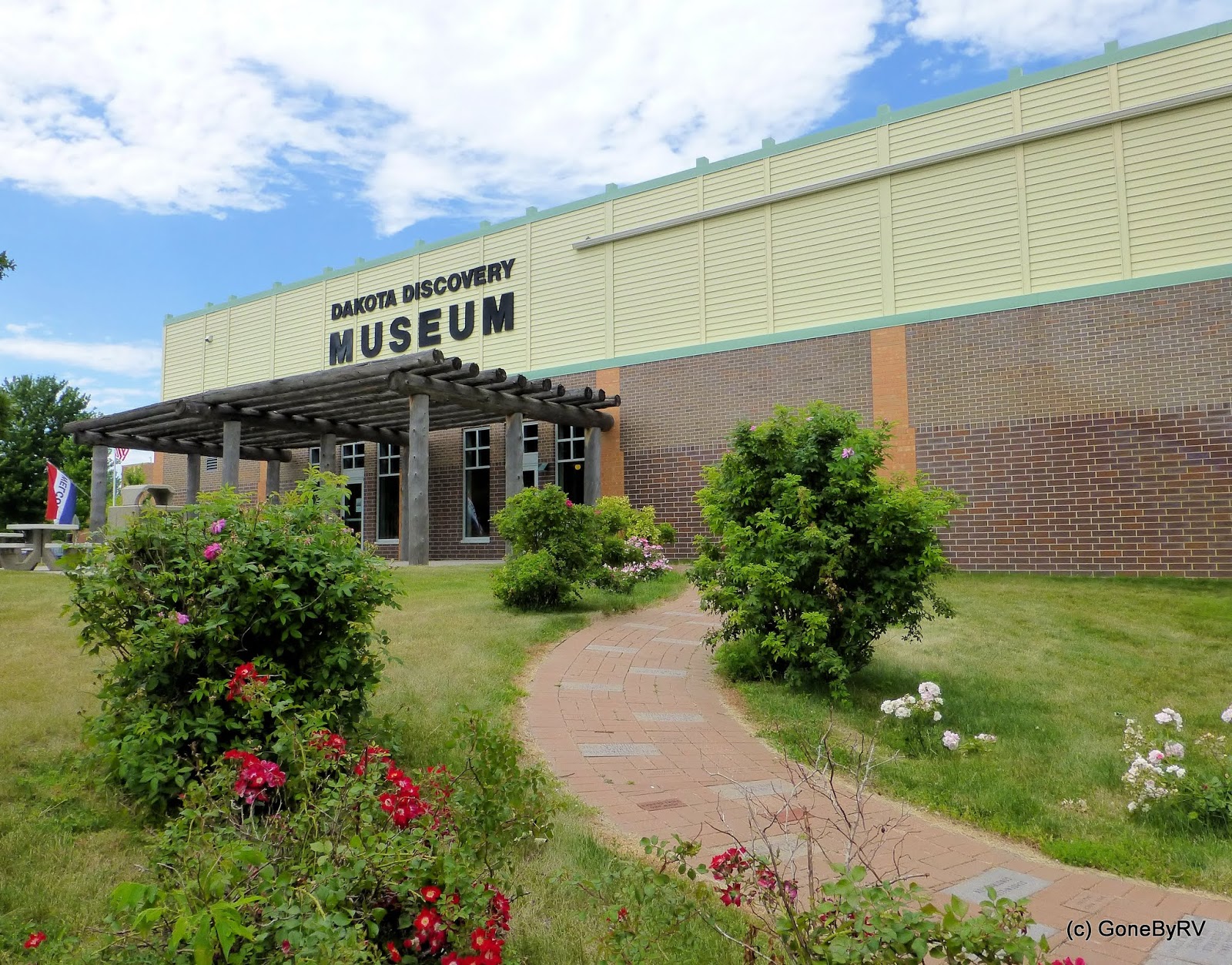 On our final day in Mitchell, SD we drove over to the campus of Dakota Wesleyan University to tour the Dakota Discovery Museum.  The museum has been welcoming guests for 75 years. Today's exhibits show artifacts from Native Americans dating from the 1600's to the pioneers of the region up until the 1930's. 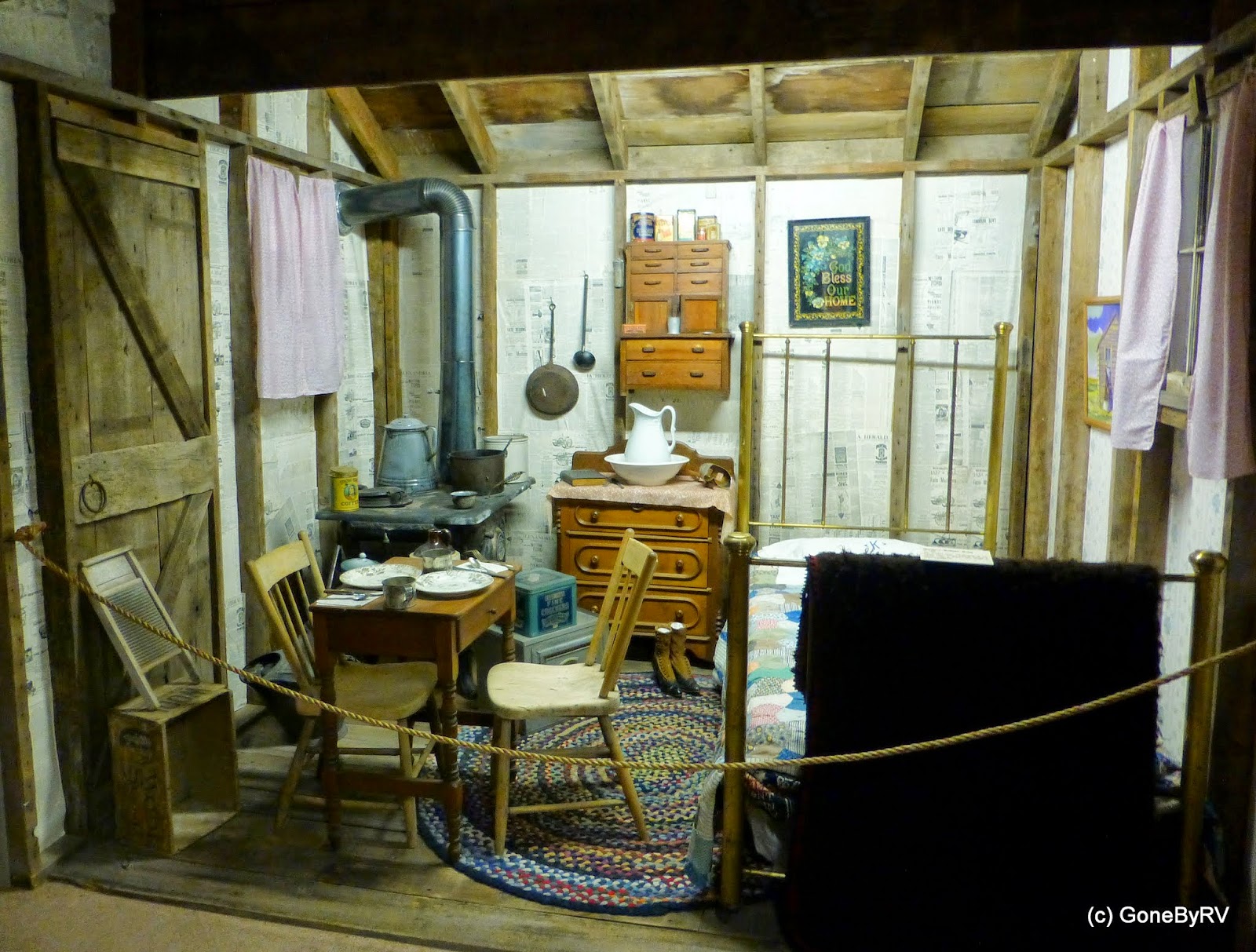 Many interesting exhibits are on display. This is a typical "claims" cabin of the era when settlers came to this territory to establish their land claims. Notice the very small size. 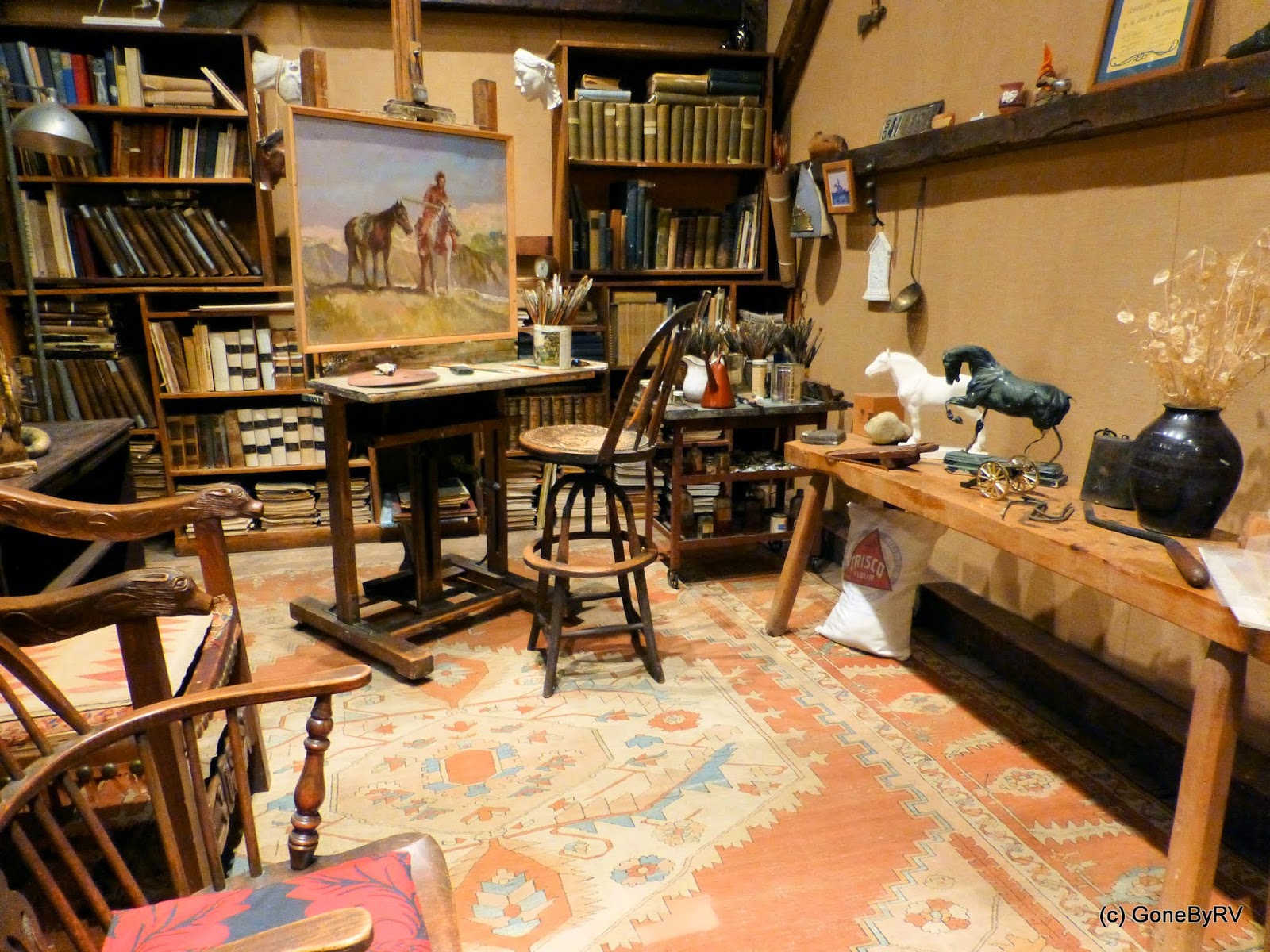 The museum also houses four art galleries featuring works by Harvey Dunn, James Earle Fraser, Oscar Howe, and Charles Hargens.  A large area is devoted to Charles Hargens and his actual studio was disassembled and re-constructed inside the museum.  You can read more about his life and work here. 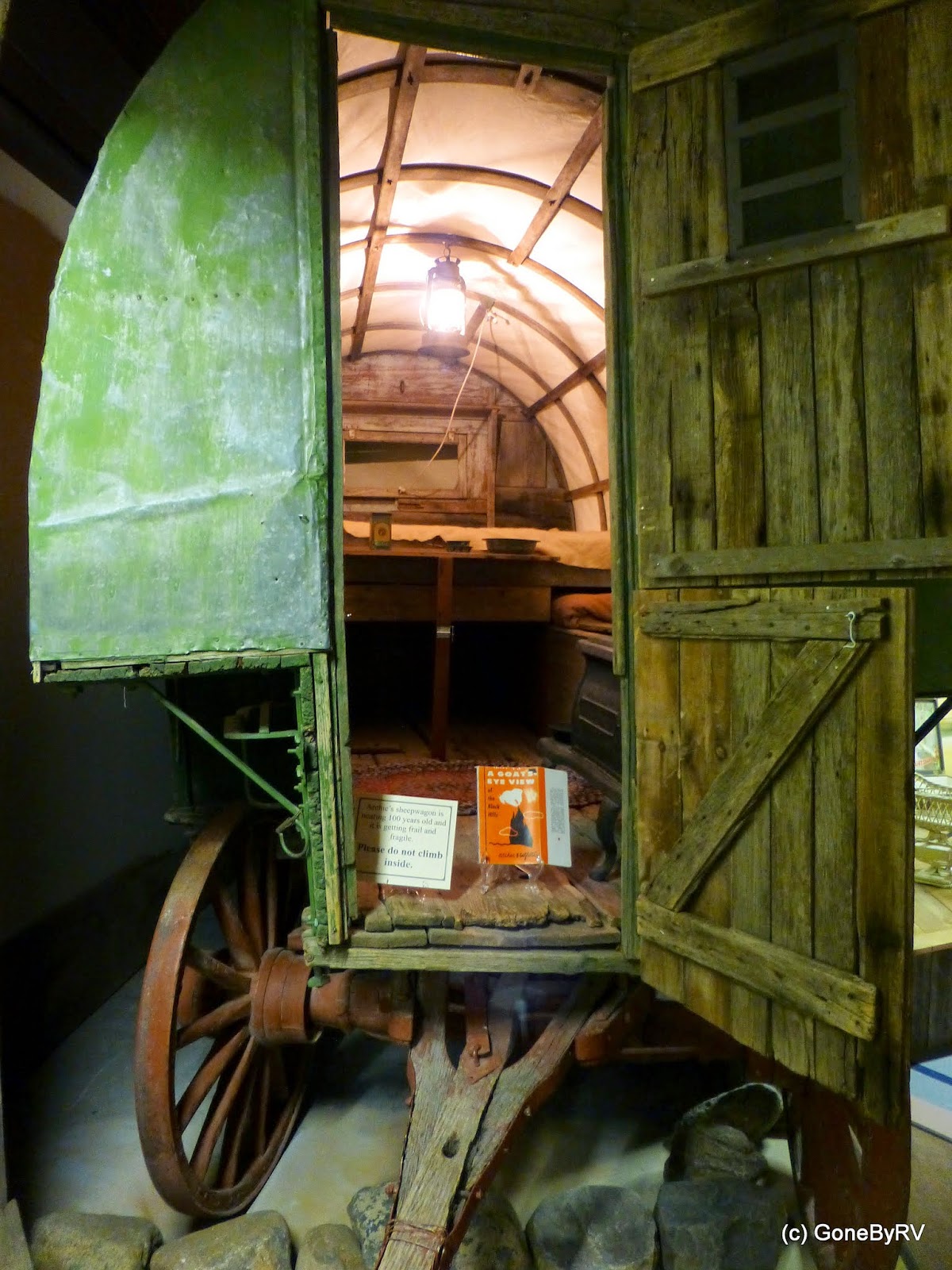 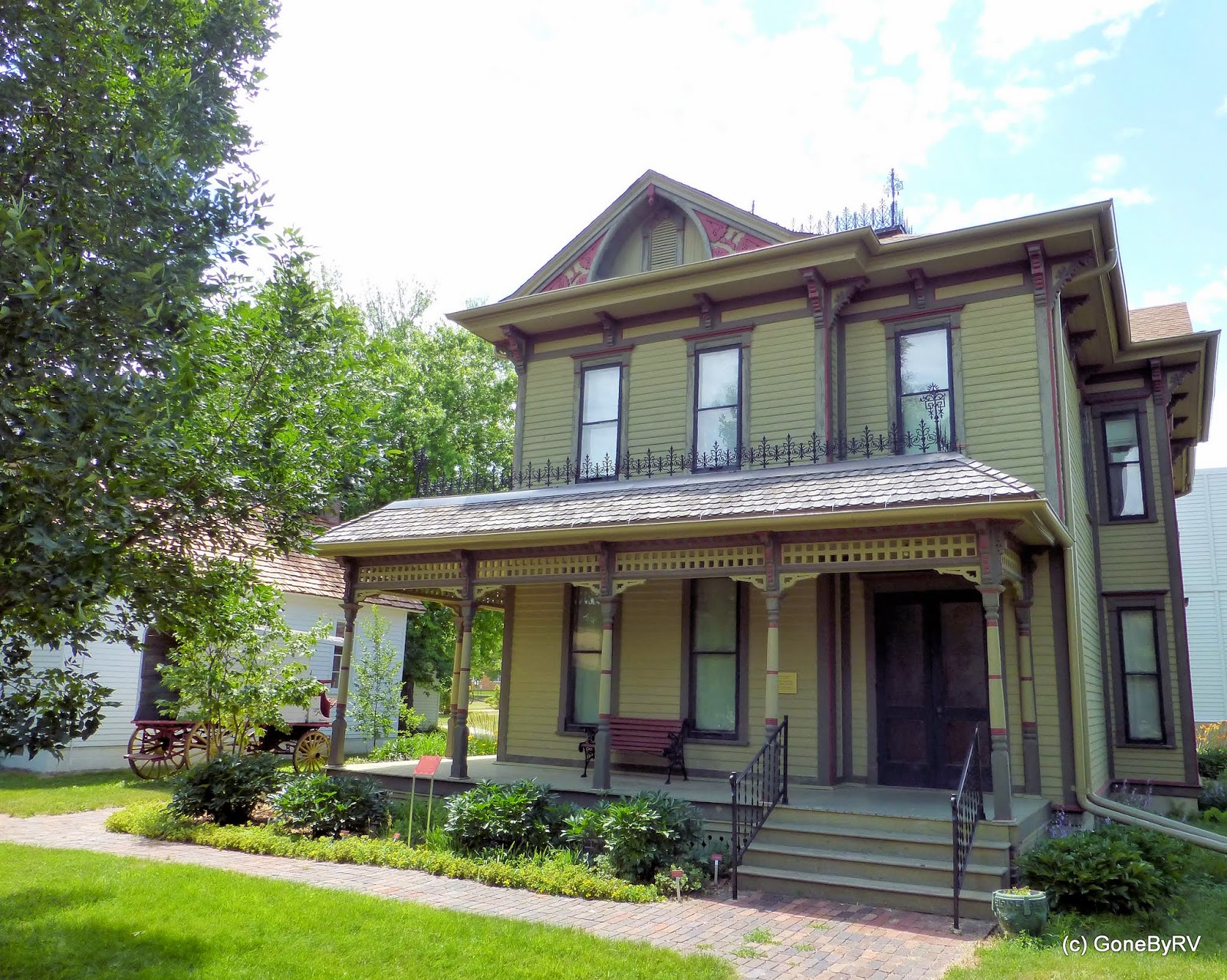 Next to the museum stands several structures which were moved to their present locations to show life in the "Middle Border". This name was given to this area of our country as the east and west met. One of these structures is the Beckwith House.  It is a beautifully preserved grand Italianate style home built in 1886 for Louis and Mary Beckwith.  Mr. Beckwith was one of the co-founders of the Corn Palace in Mitchell. 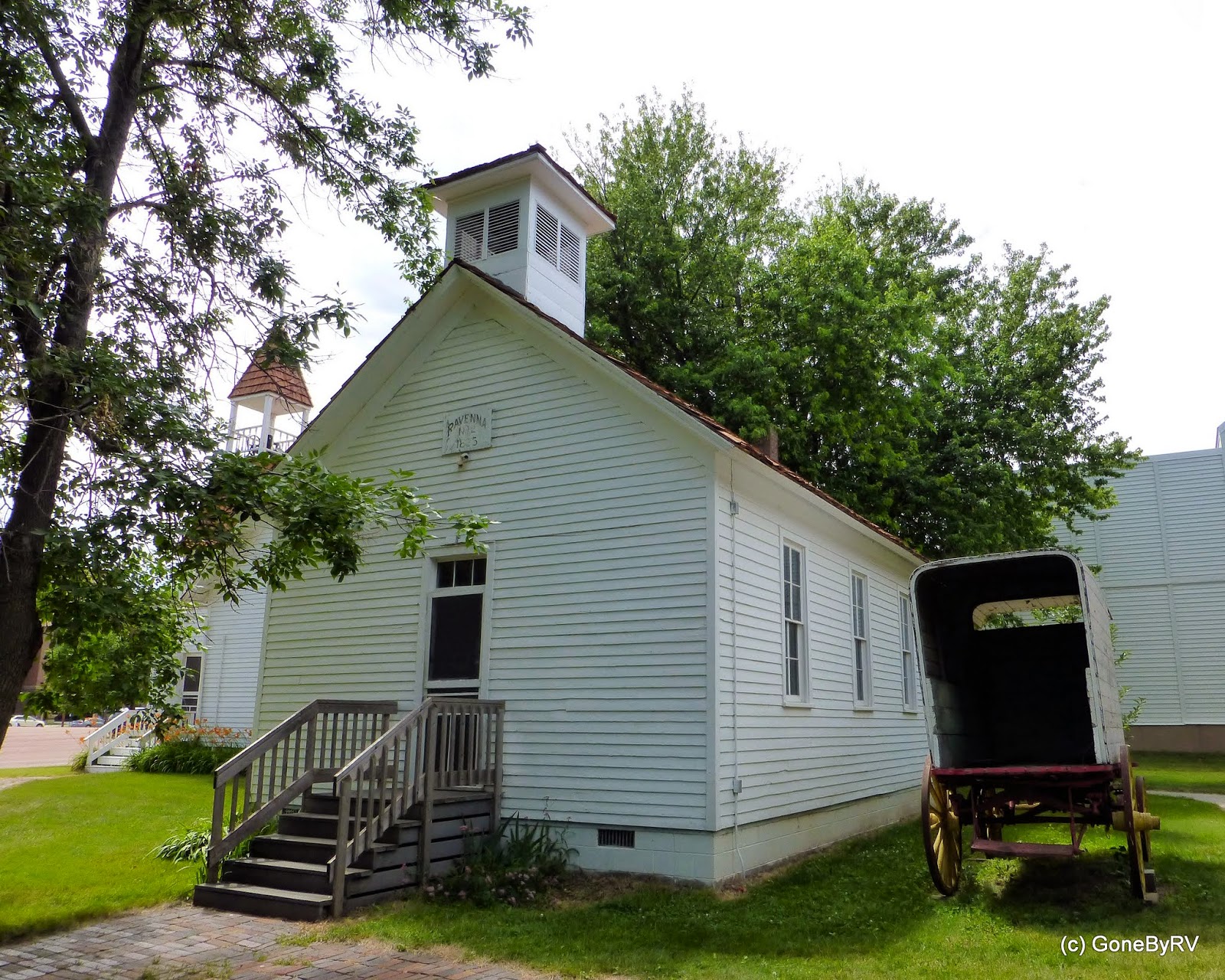 Another building is the Sheldon School House. It was constructed in 1884 and also served as a community center. 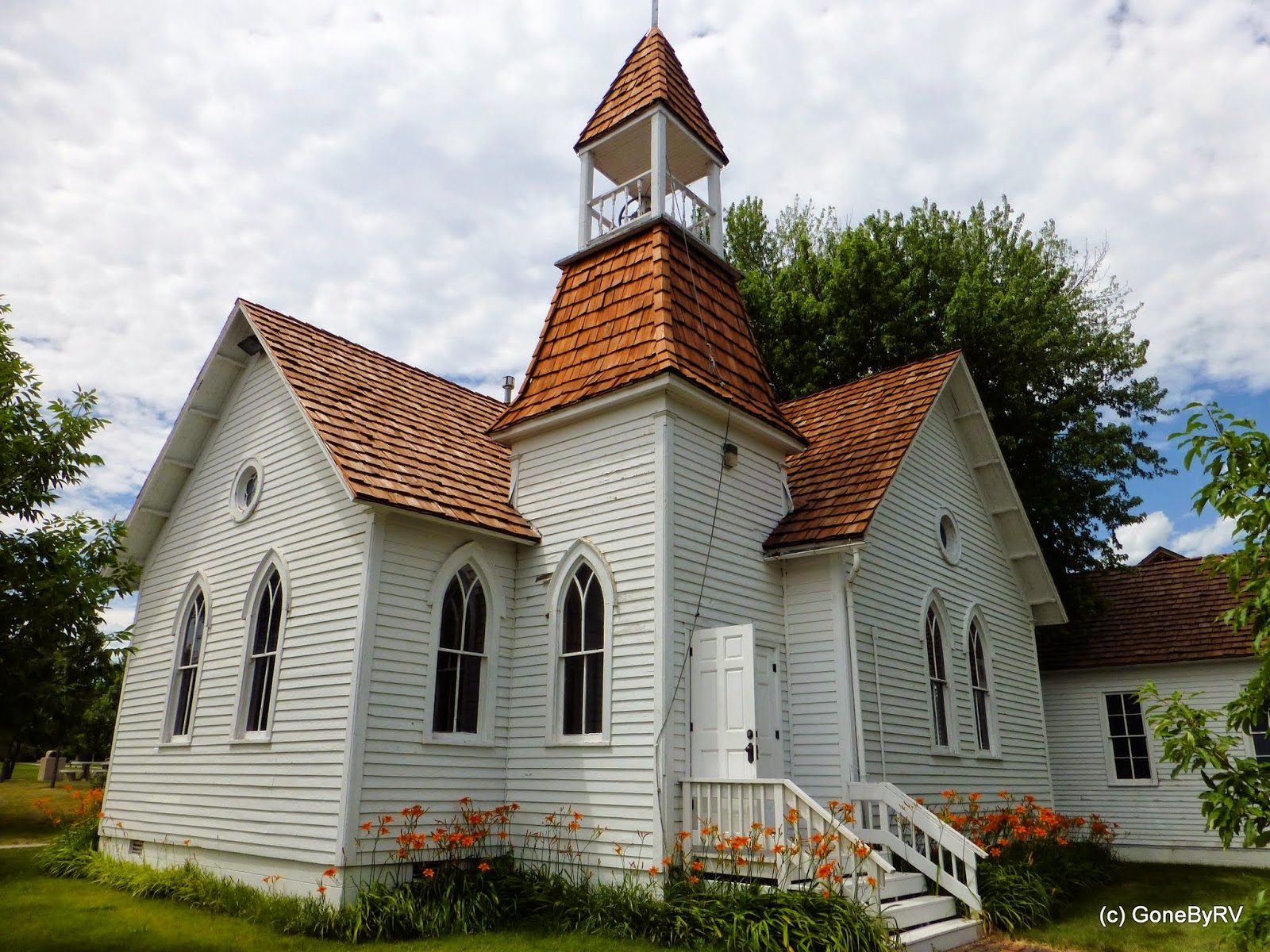 Located beside the Sheldon School is the Farwell Church. The church was completed in 1908 and has been restored to the 1908 time period. 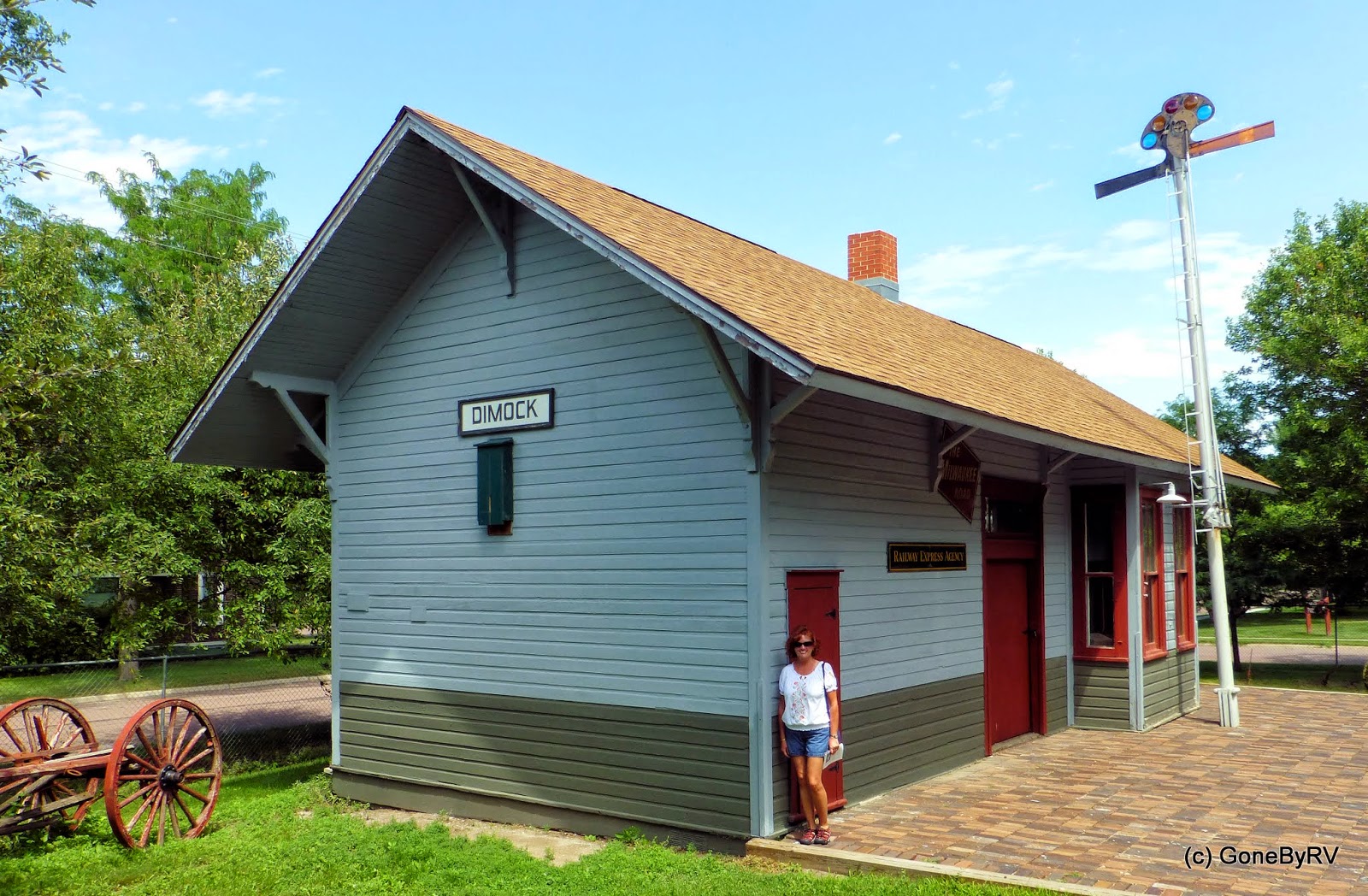 For train enthusiasts, there is the relocated Dimock depot.  It was originally located approximately 16 miles south of Mitchell before being relocated here. This depot building was built in 1914.

There is much more to see inside the Dakota Discovery Museum and certainly worth the admission price of $7 for adults, $6 for seniors, or $3 for youths.  Who would have guessed that there was so much to see in Mitchell, SD.  This is just one of the reasons we love the fulltiming lifestyle.

Thanks for stopping by to take a look!
Posted by Steve and Karen at 1:17 AM