Written from Hermosa, SD    (Click on Pics to Enlarge)

Sunday was a beautiful day for a hike.  We hiked several trails in Custer State Park last year when we were here, so we wanted to try a few new ones.  Today's choice was a 3-mile loop trail rated as "strenuous" by the park.  It did involve some ups and downs over some rock formations, but I certainly didn't think it was that hard. 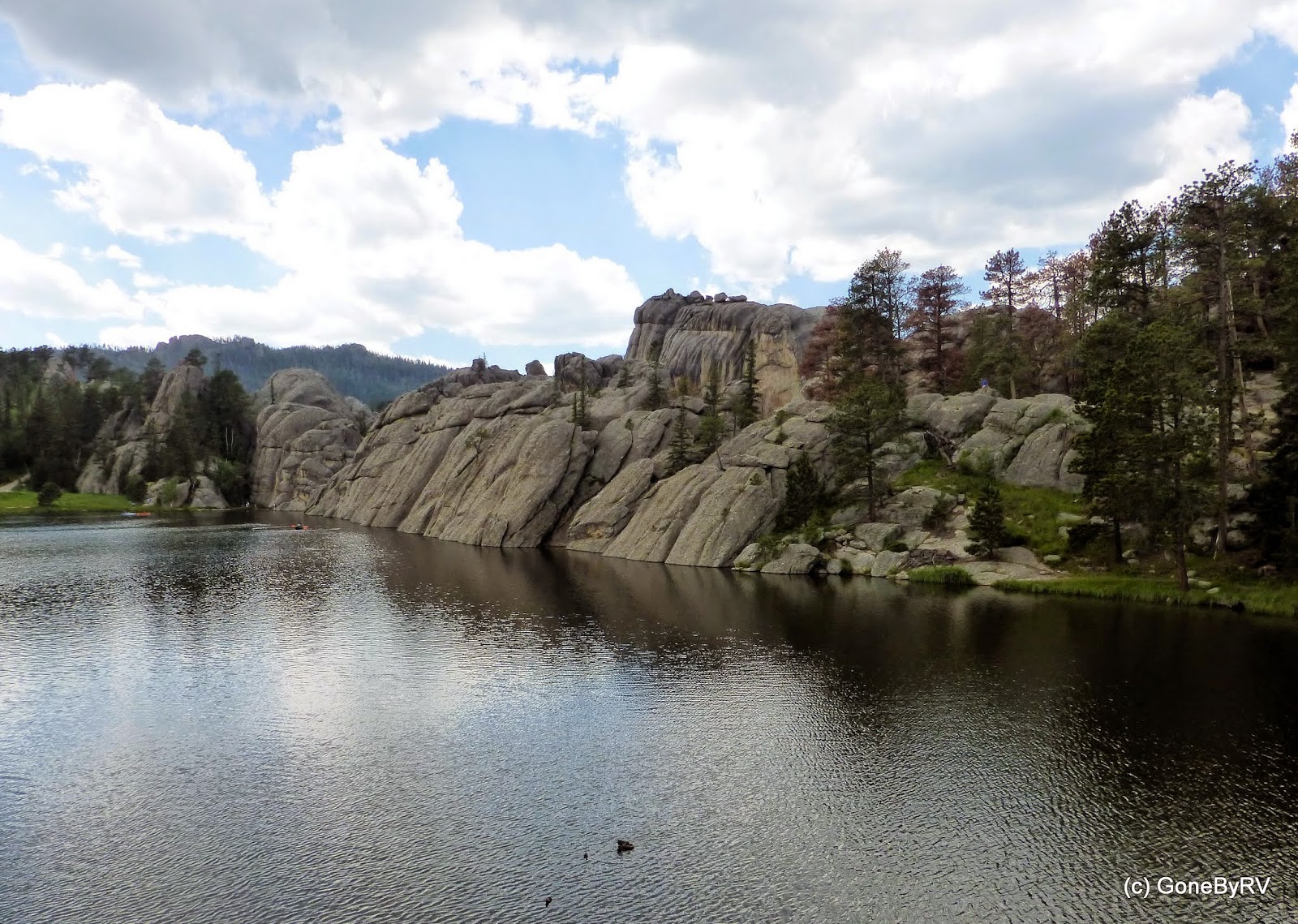 The trailhead begins behind the dam at Sylvan Lake.  This lake is very popular in the summertime with folks picnicking, lying in the sun, kayaking, and swimming. You wouldn't think that by this picture, but this is at the very far western end of the lake with the dam (very small) in the upper corner. 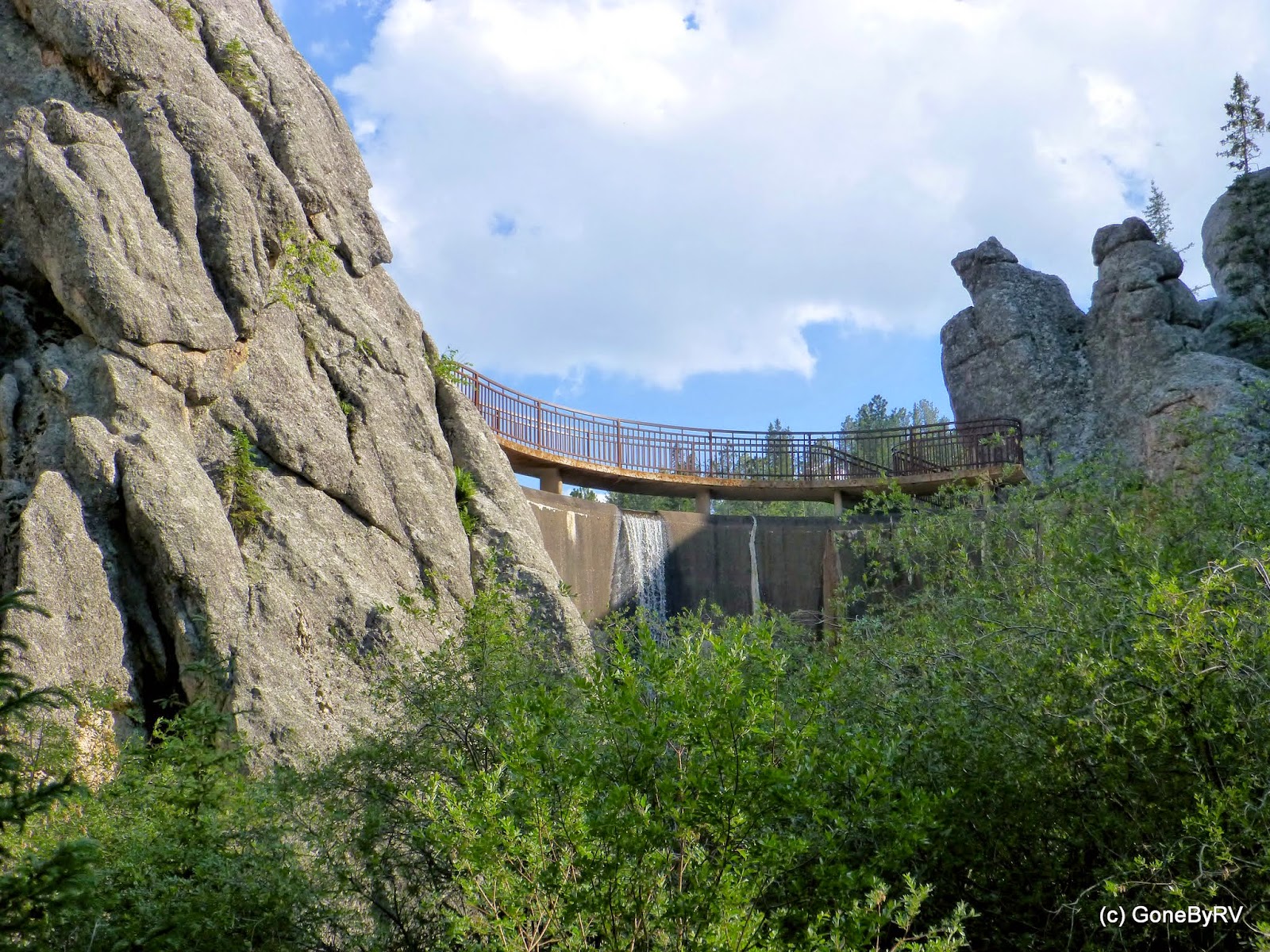 Here's a picture of the dam from the backside. The trailhead begins in this area. 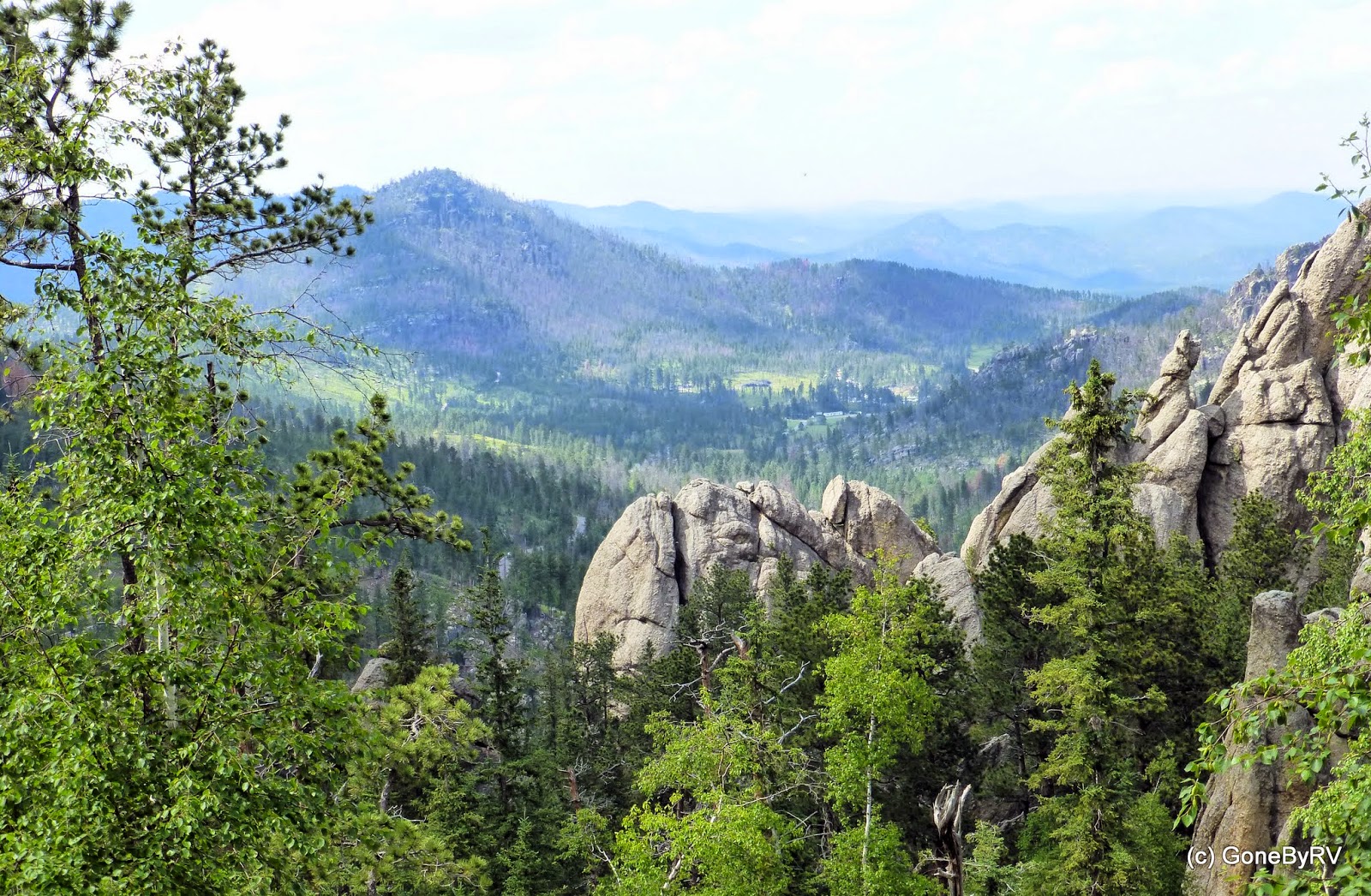 The trail is touted in the literature as being one of the most diverse when it comes to terrain and visual appeal.  The first 1/2 mile or so was a steady ascent to a ridge where the views were beautiful. 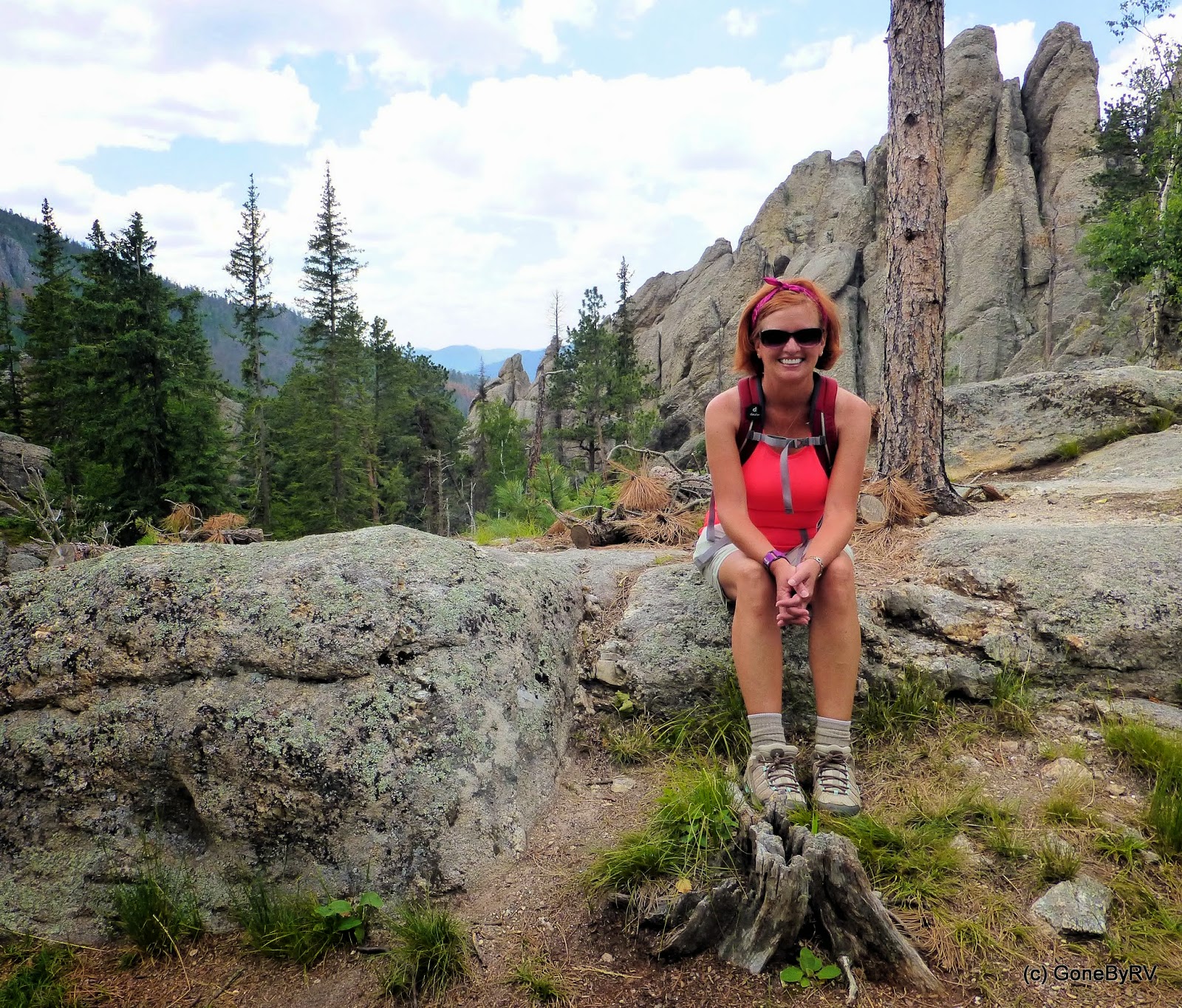 There are many places to stop and take a break (which we needed) and eat a quick lunch which we brought along in our packs.


A nice feature of this trail is that aside from climbing up and down rock formations, a section also travels along a stream running through the valley.  Several flowers were in bloom. 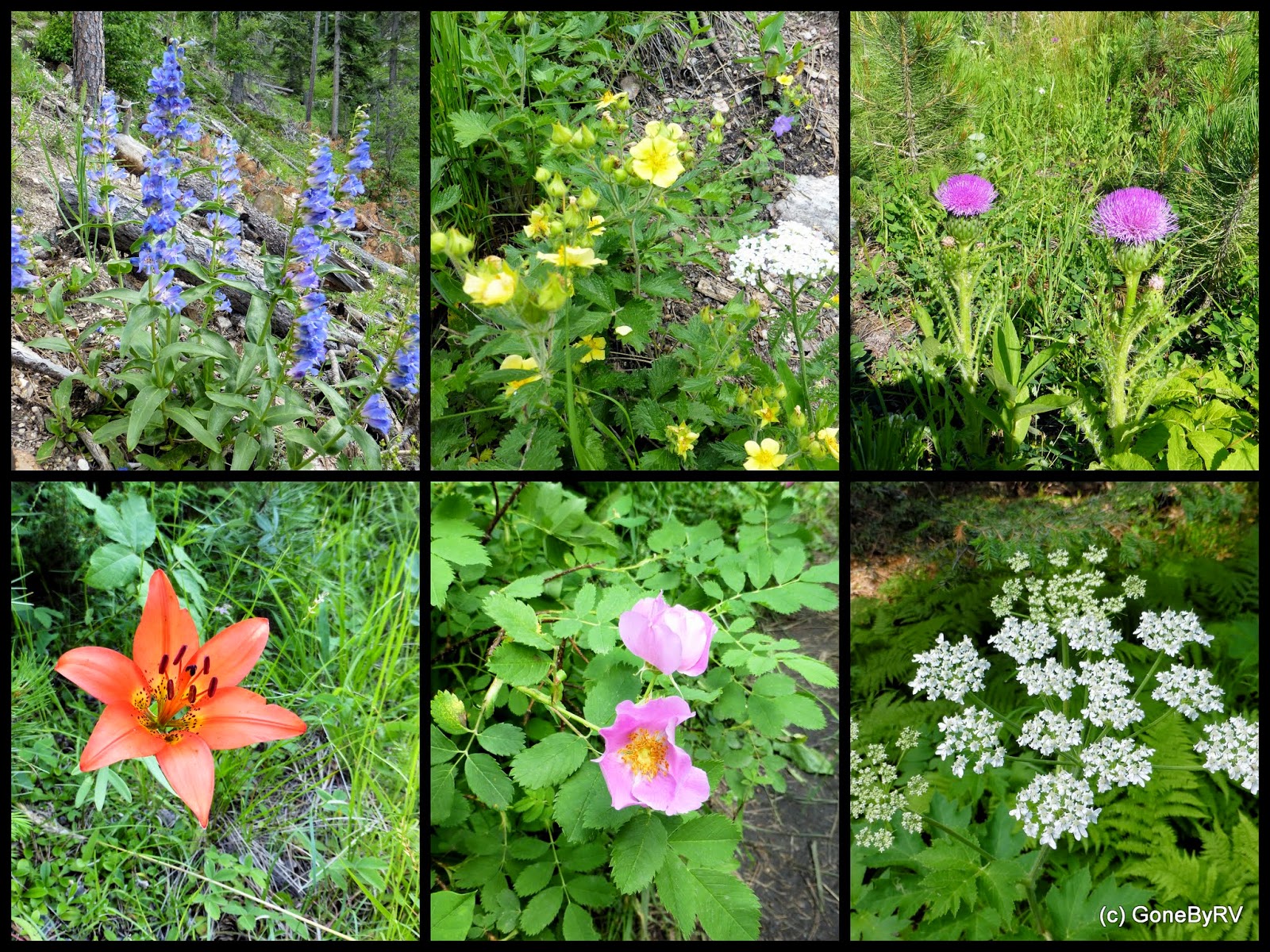 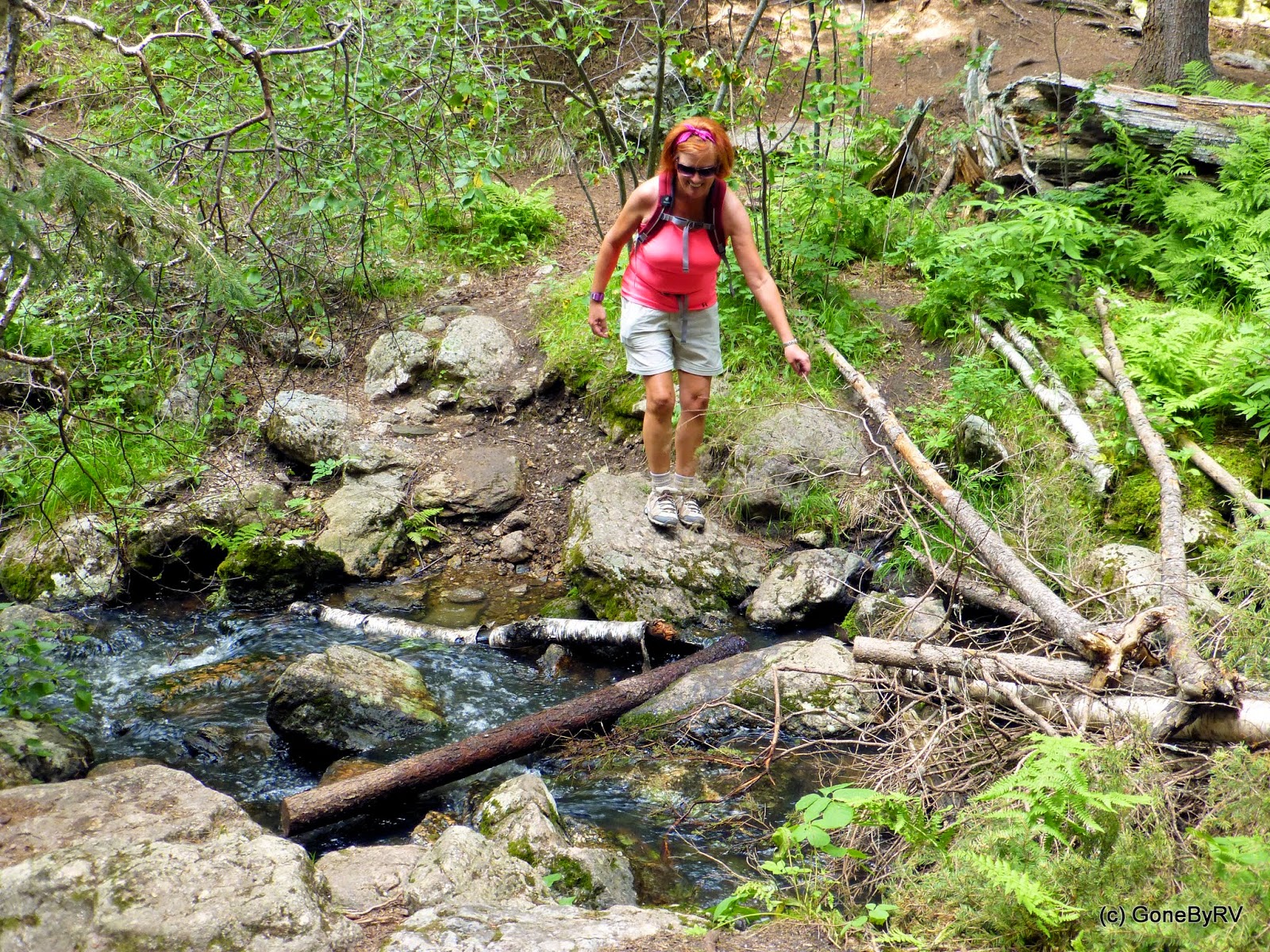 The brochure also indicated that there would be several stream crossings.  I enjoy this, but Karen, sometimes not as much.  I will give her credit, however, as she is getting "braver" the more we hike. 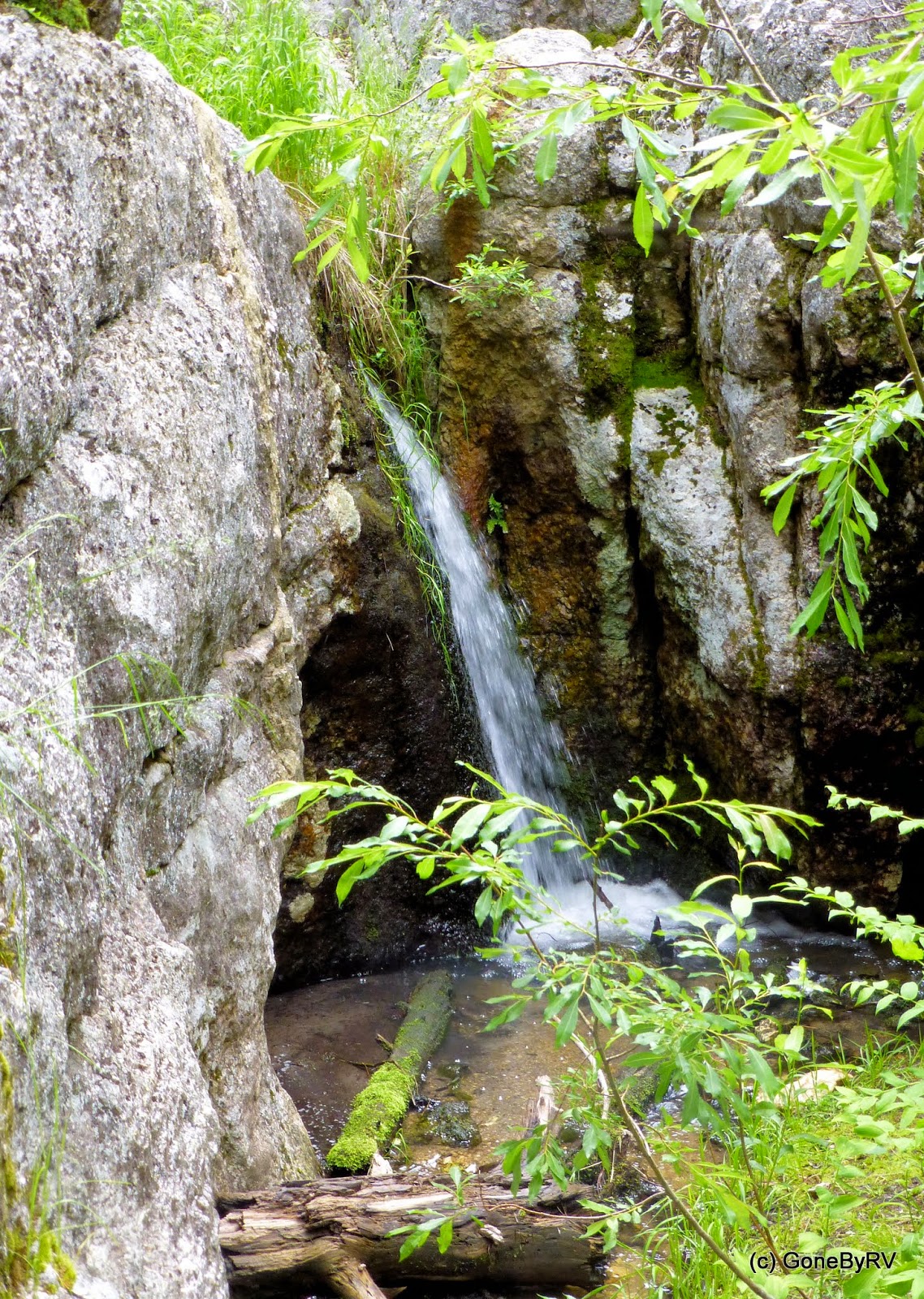 We saw several small waterfalls meandering through the rocks at several locations. 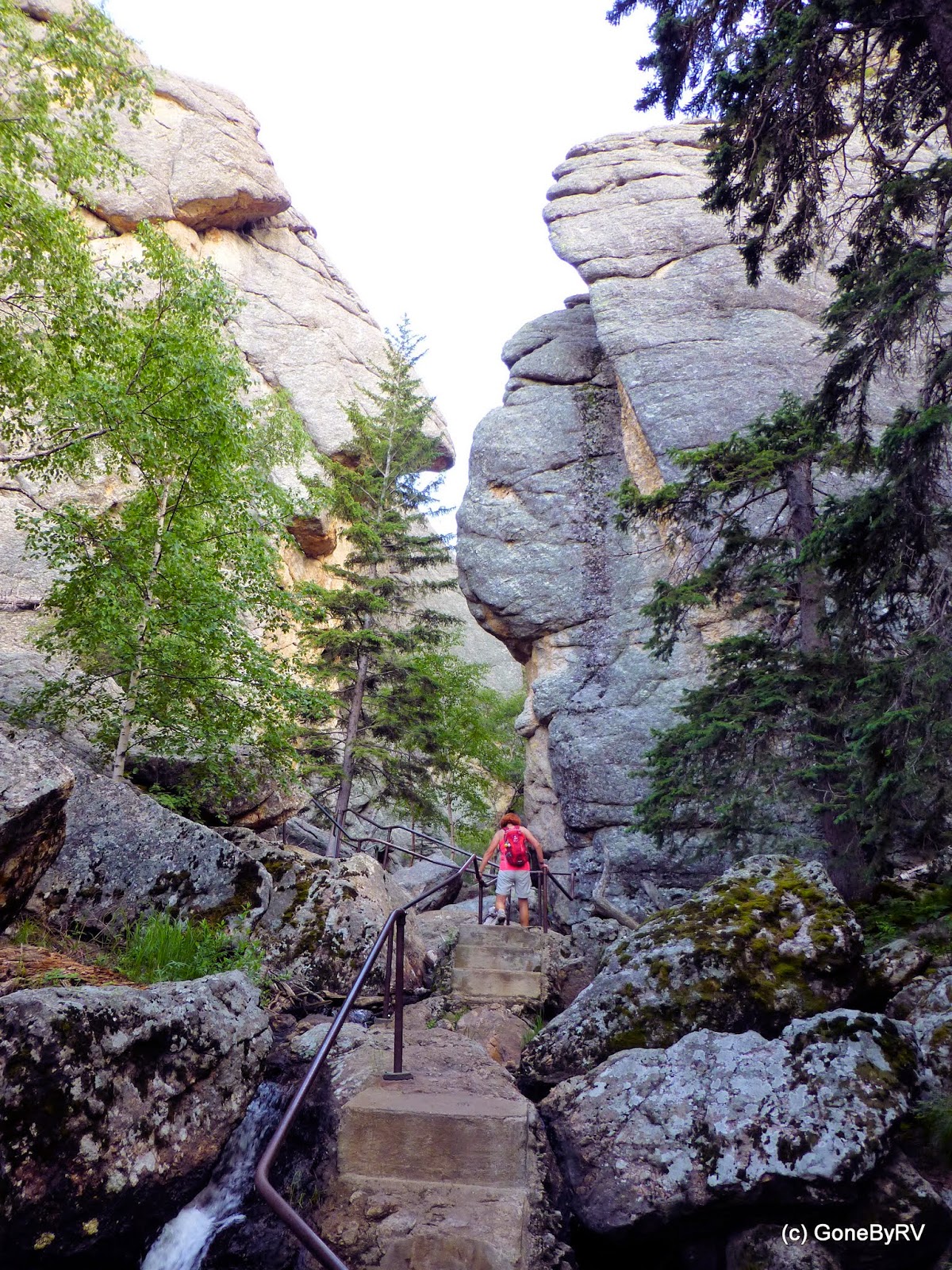 I like rock formations.  We were certainly not disappointed on this hike.  Sheer walls of granite sometimes lined the trail, while other times huge boulders seem to have been rolled down the hills randomly. 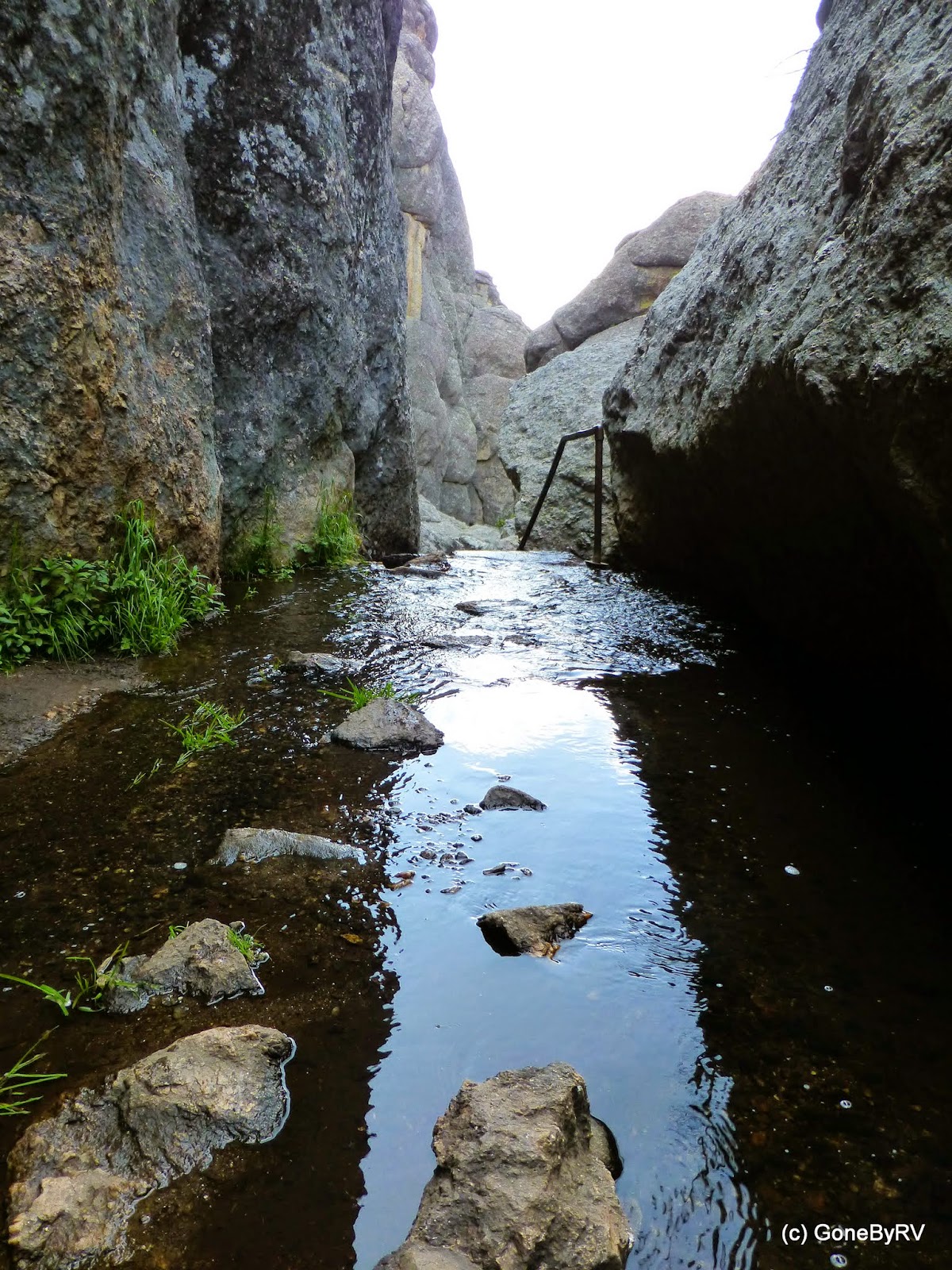 The final 1/2 mile or so of the loop involves a fairly steep ascent across various sized boulders with a stream that runs alongside (or even across the trail) at several points.  I guess the park decided that this area would be a good candidate for handrails. 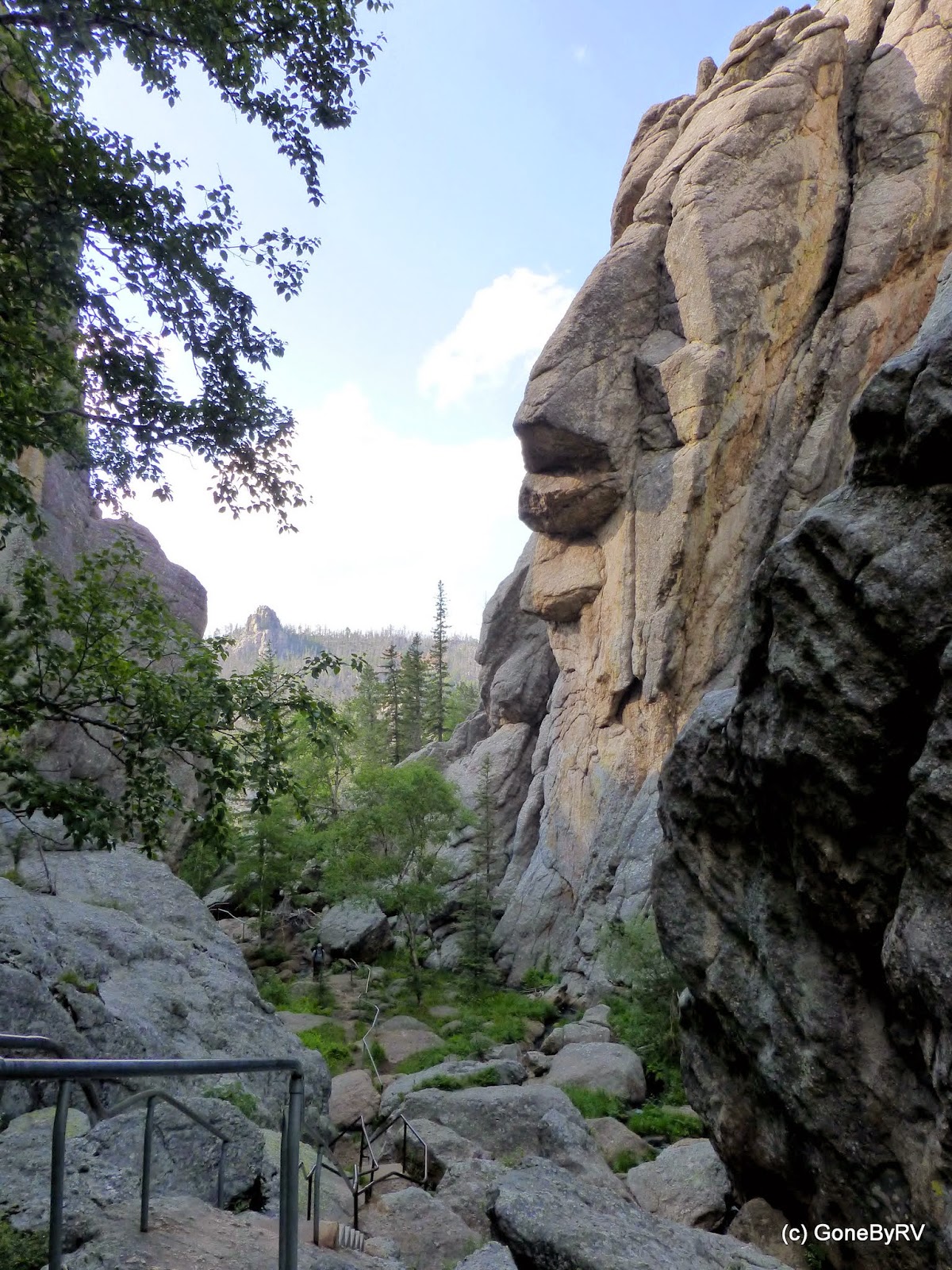 Here's a final picture looking back down the canyon area after we made it to the top.


If you are in the park and like to hike, we would certainly recommend Sunday Gulch Trail.  Again, it's about 3 miles long and takes anywhere from 2-3 hours depending upon how many pictures you take and how long you eat lunch!

Ok, I couldn't resist.  This picture of the longhorn has absolutely nothing to do with the trails or Custer State Park.  In fact, none of these cattle are to be found inside the park. This was a ranch which raised both bison and longhorn cattle just across the road from Custer State Park. 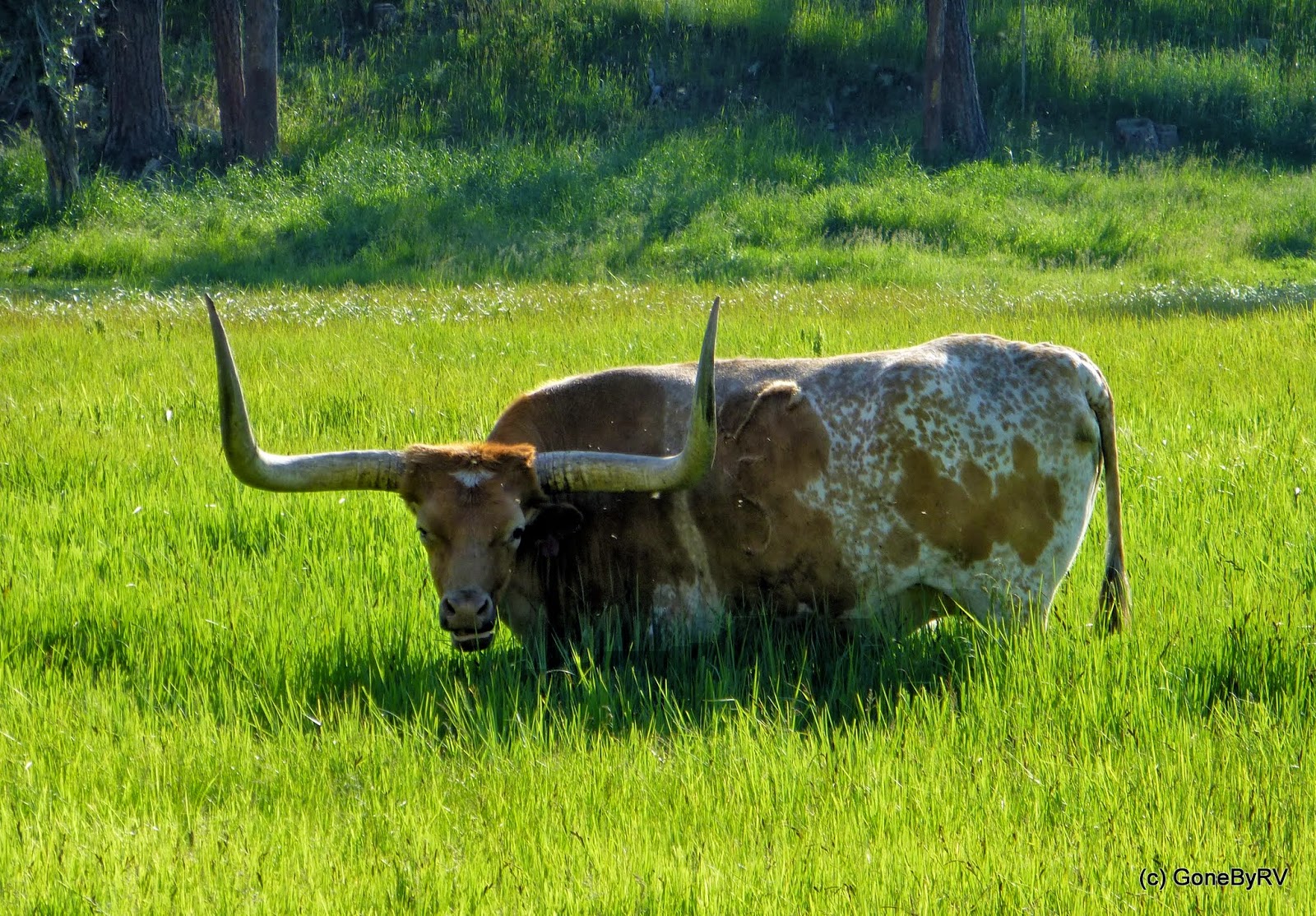 Thanks for stopping by to take a look!
Posted by Steve and Karen at 12:08 PM