Back Again In the Black Hills of South Dakota

We've returned to the Black Hills area of South Dakota.  We stayed here from June 20-June 29 of 2013, but there were still several attractions that we wanted to see, but failed to last year.

We had made reservations to stay at the Hart Ranch under our RPI membership.  The Hart Ranch is just a few miles south of Rapid City, SD along SR79.  We changed our minds, however, when we found out that a few of our friends were going to be in the same area (at least part of the time) while we were here.

On Thursday night we rode to downtown Rapid City with Kris and Bill Osborne (SeeingtheUSA.com) to experience a summer concert series organized by the city.  The venue is Main Street Square in the heart of the city.  Tonight's group Hotel California was a tribute band to The Eagles.  Because I've always been a fan of The Eagles' music, I was anxious to see how well this band could cover their songs.  Job well done! These guys played continuously for about 1 hour and 45 minutes and did a very nice job on songs made famous by The Eagles. 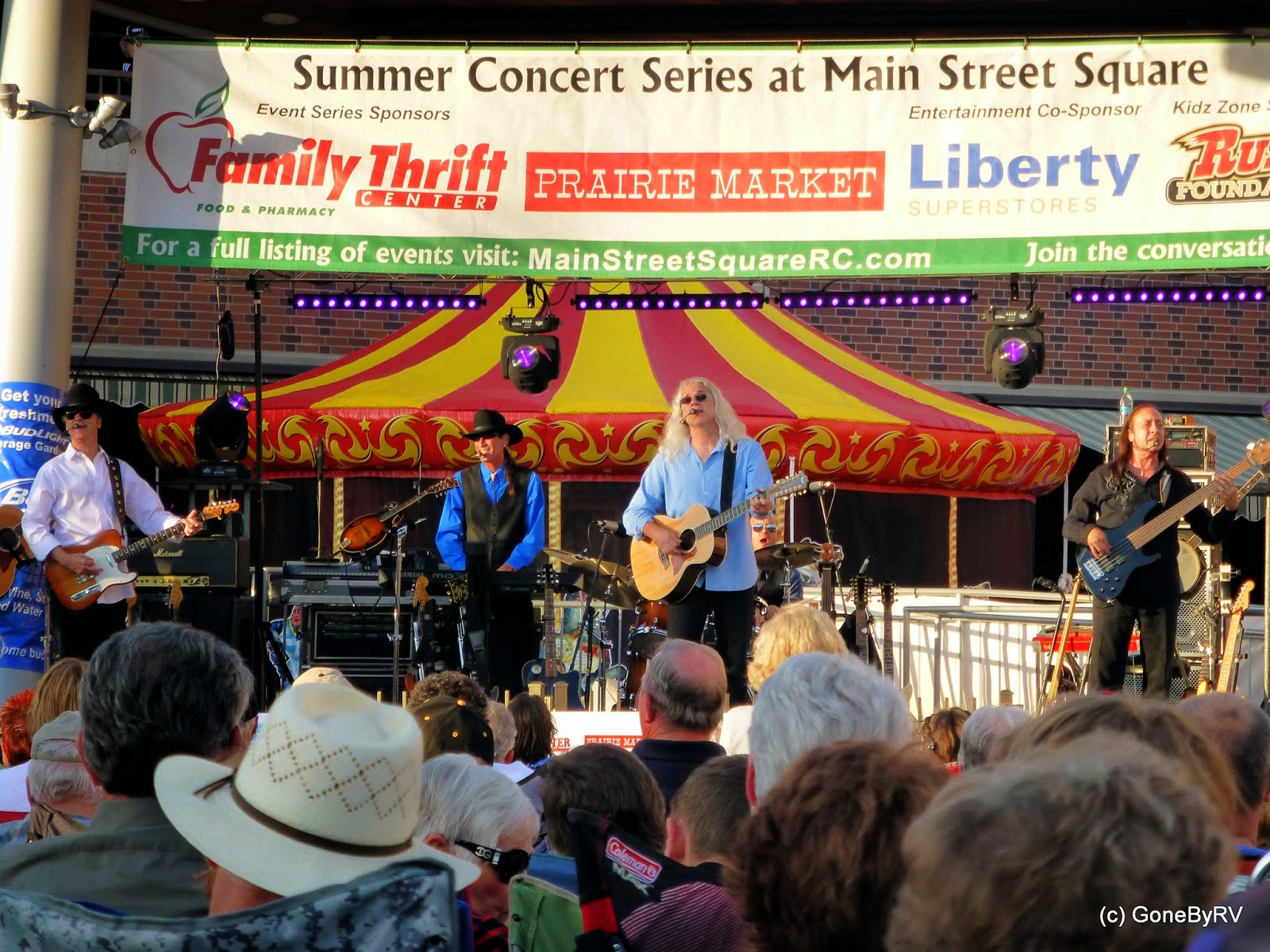 The crowd was fairly large and everyone seemed to have a nice time.  During the summer concert series (Thursday nights) four blocks are closed off and vendors sell a variety of food and drink at reasonable prices. There are also a lot of activities for young kids to do.  Folks bring chairs or blankets and wait for the night's entertainment.  The event runs from 6:00-9:00  PM through the end of August. 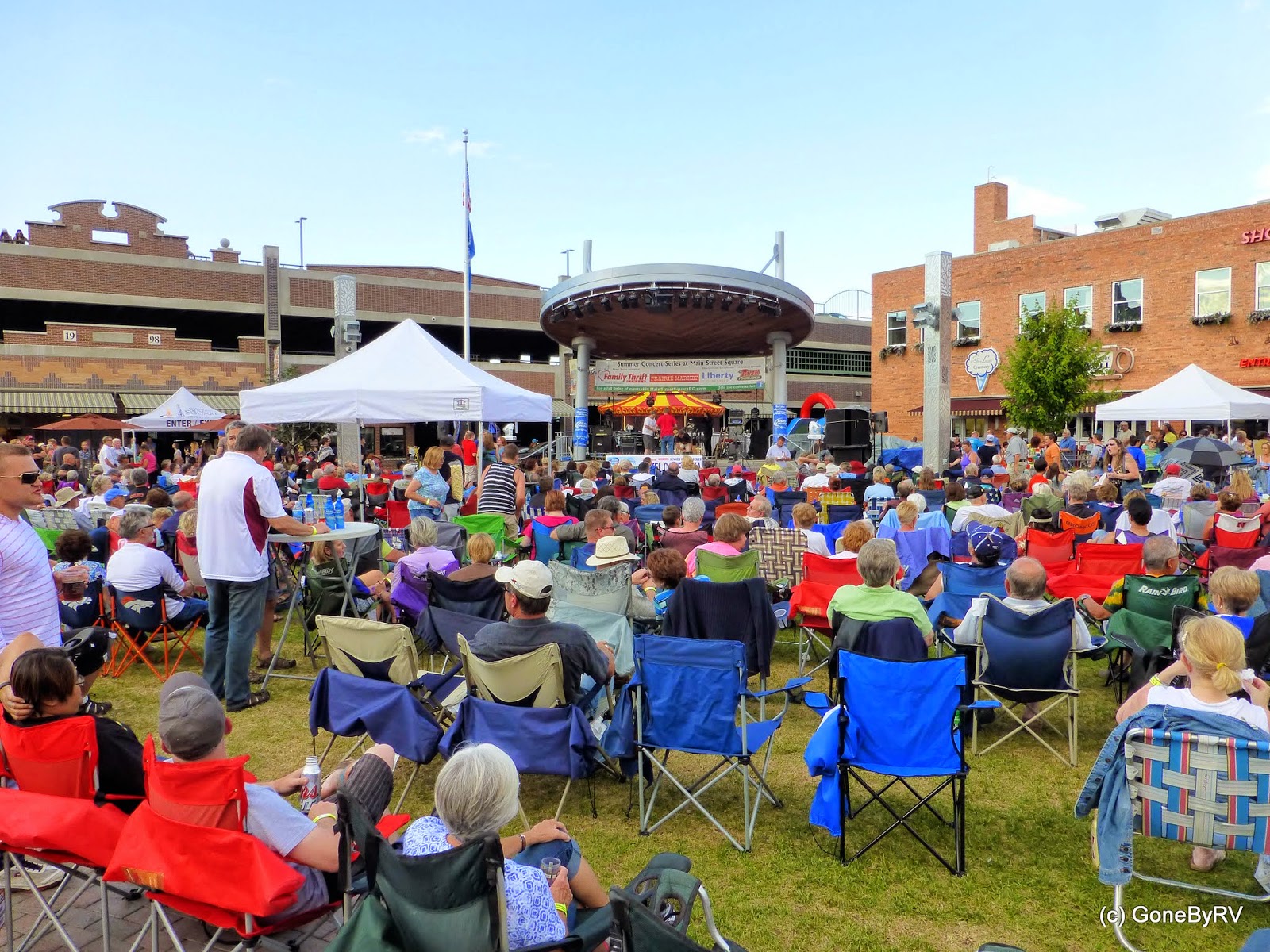 During the concert we noticed a small quadcopter flying overhead filming the spectators and concert. 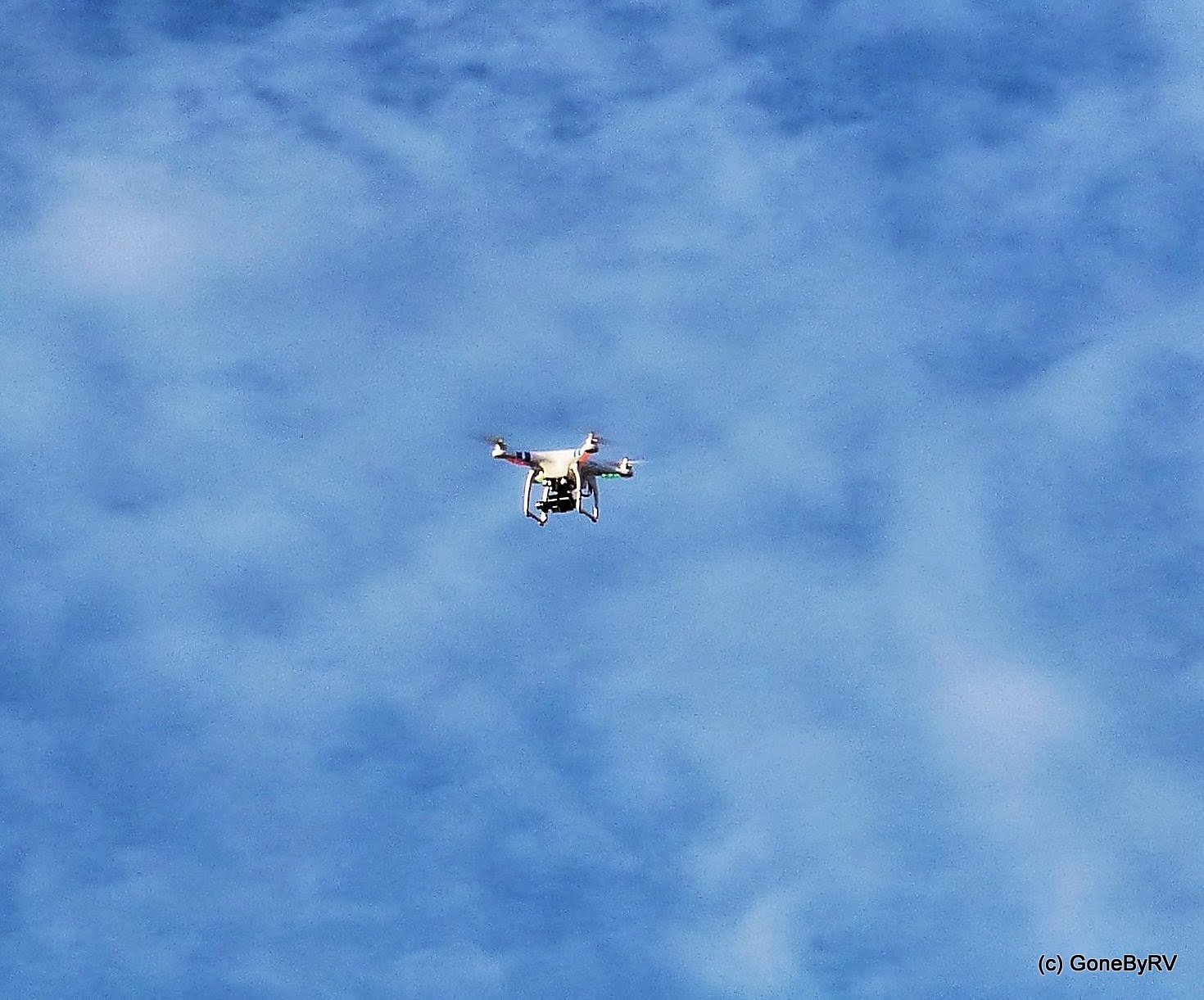 Prior to the concert we looked (and looked only) in a retail store/art gallery named Prarie Edge Trading Company and Galleries. Unfortunately, I didn't take any pictures inside, but this was a beautiful place to explore.  I'm certainly no art critic by any means, but I know what I like to look at.  This place has some beautiful paintings, crafts, and creations.  If you think you're heading into another "trinket" store, think again. If you are ever in downtown Rapid City, this is certainly a store to visit.

Thanks for stopping by to take a look!
Posted by Steve and Karen at 5:05 PM