Blogged from Papillion, NE     (Click on Pics to Enlarge) 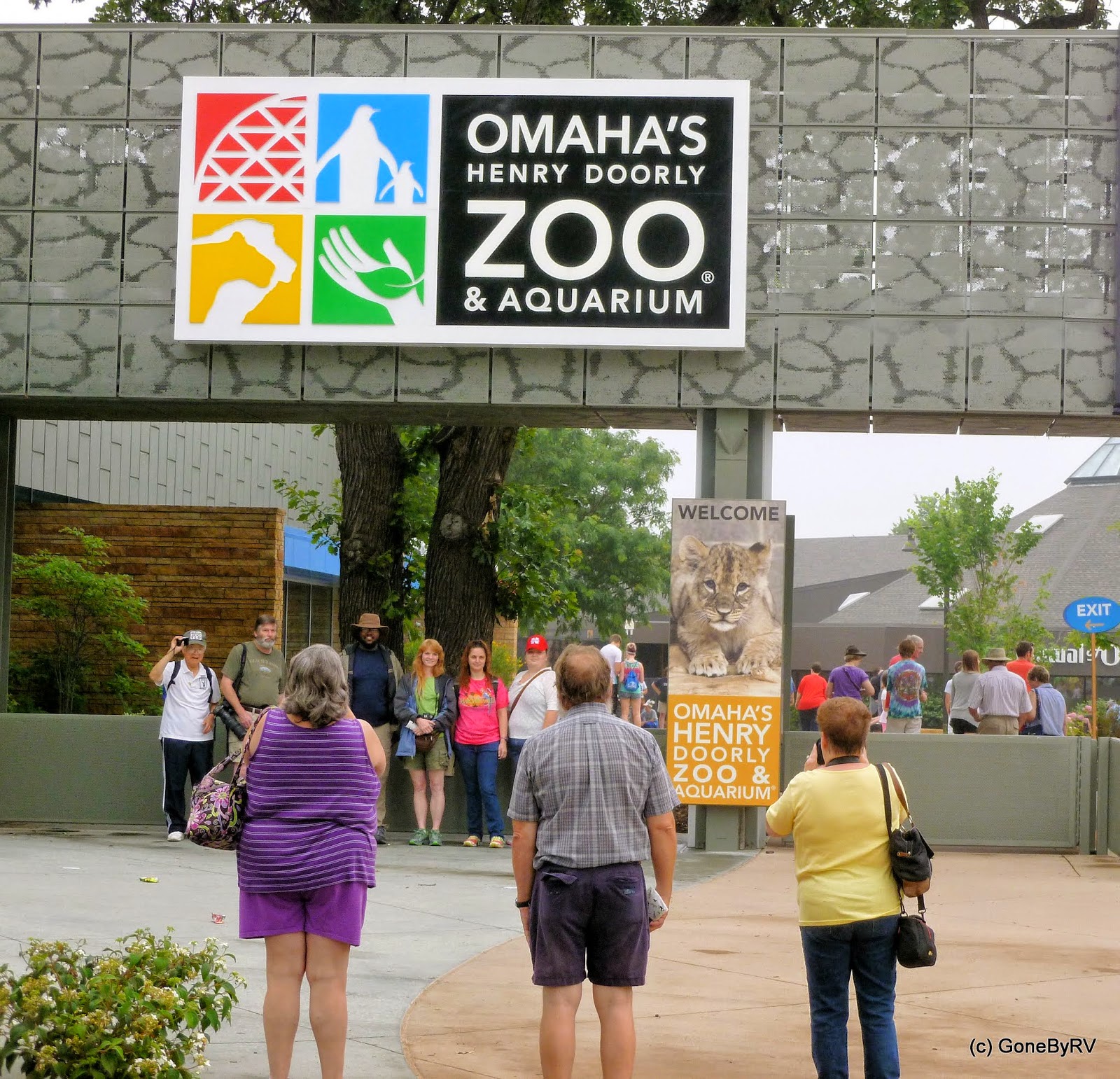 Today we traveled up to Omaha to visit the Henry Doorly Zoo.  It was listed on TripAdvisor.com as one of Omaha's top attractions and we weren't disappointed. Although the weather was a bit uncooperative at times with periods of light rain and some high humidity, we still had a nice time. I do think that we're getting old, however, as we were pretty tired out by the end of the day. 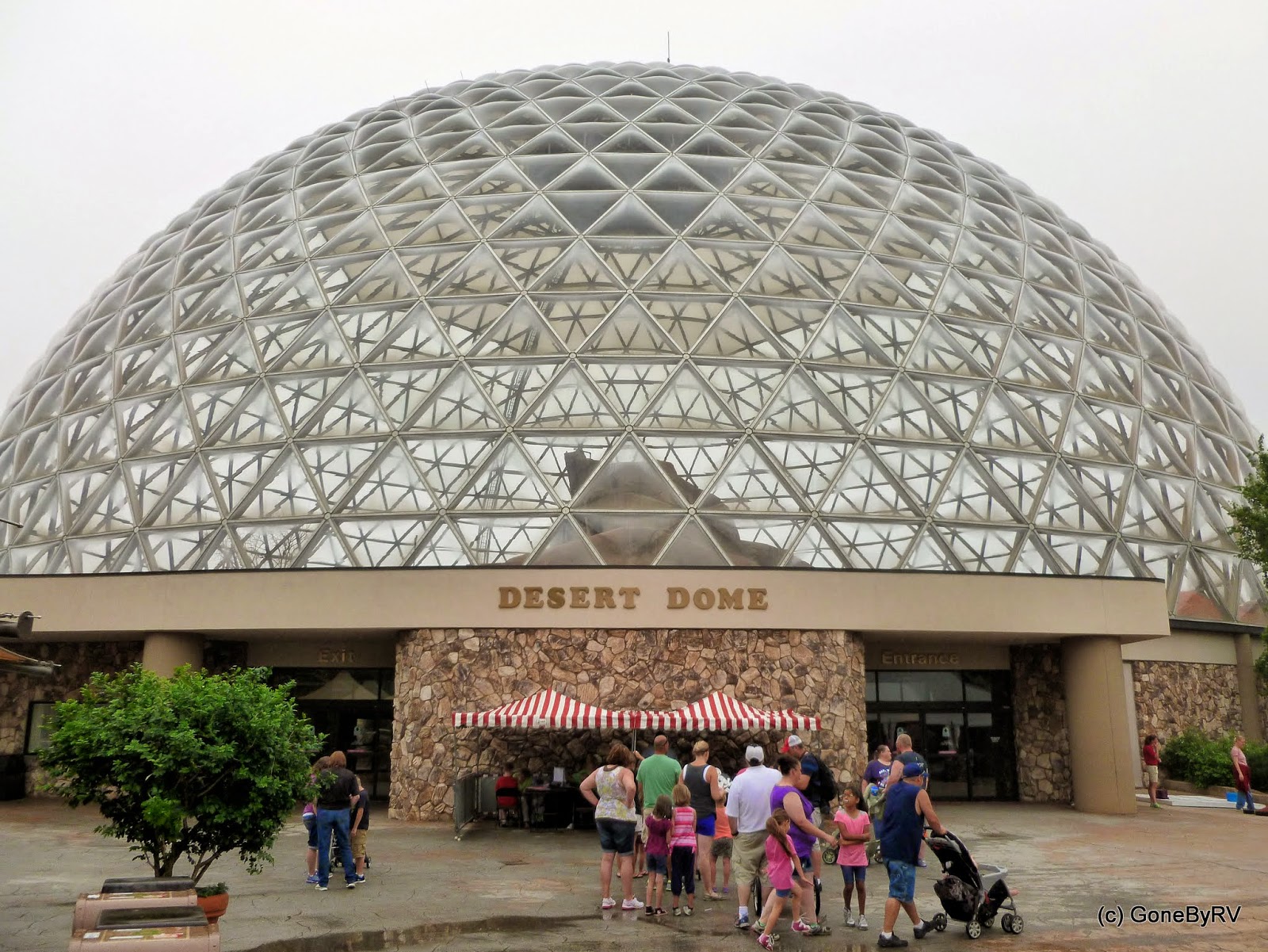 This zoo is a bit different from some that we've visited as many of the environments are created inside.  The exhibit on desert plants and animals is contained within this "Desert Dome" structure. 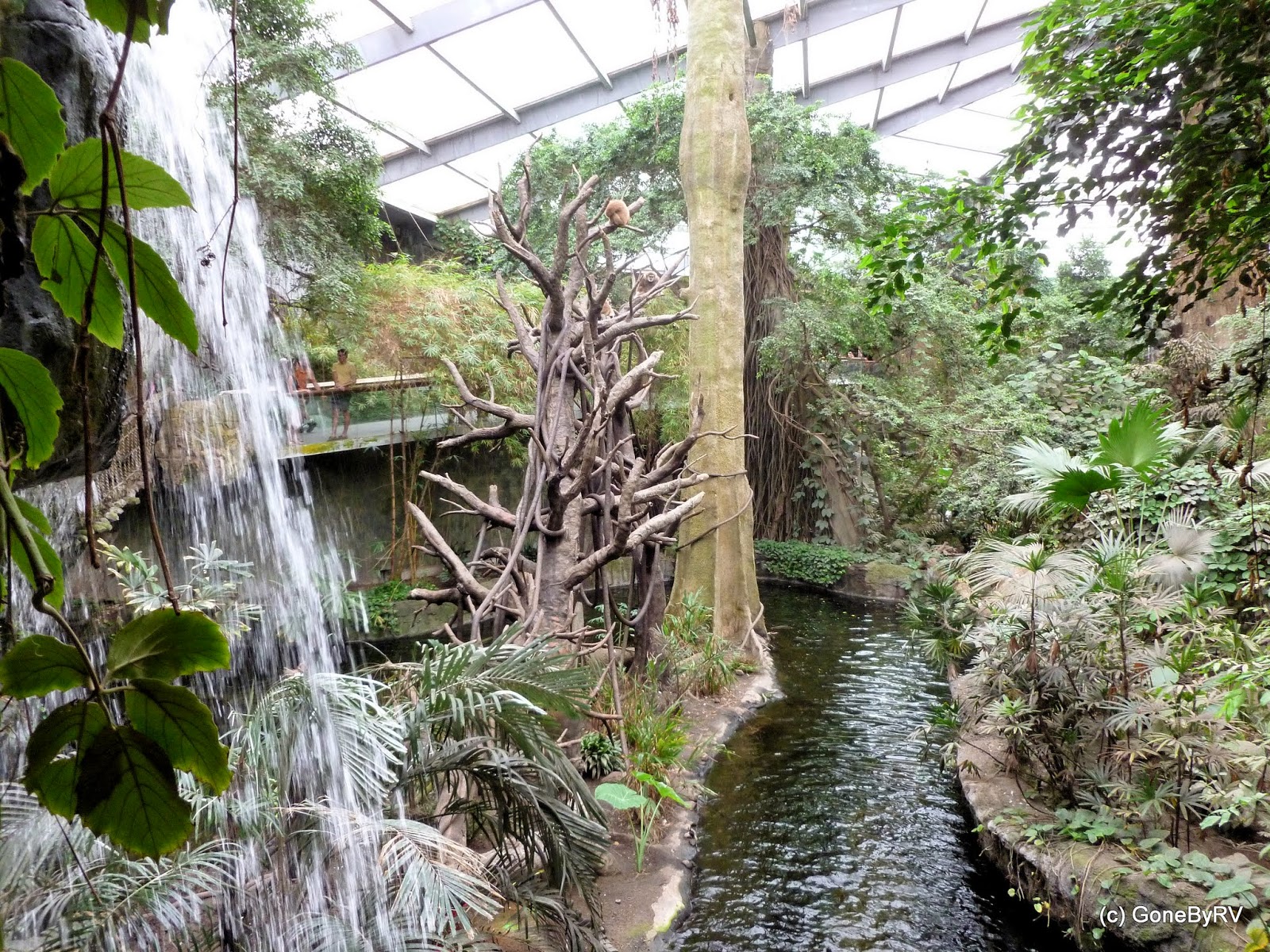 Inside this building many of the world's "tropical" environments are re-created.  Southeast Asia and tropical zones in South America are a few of the many areas represented. 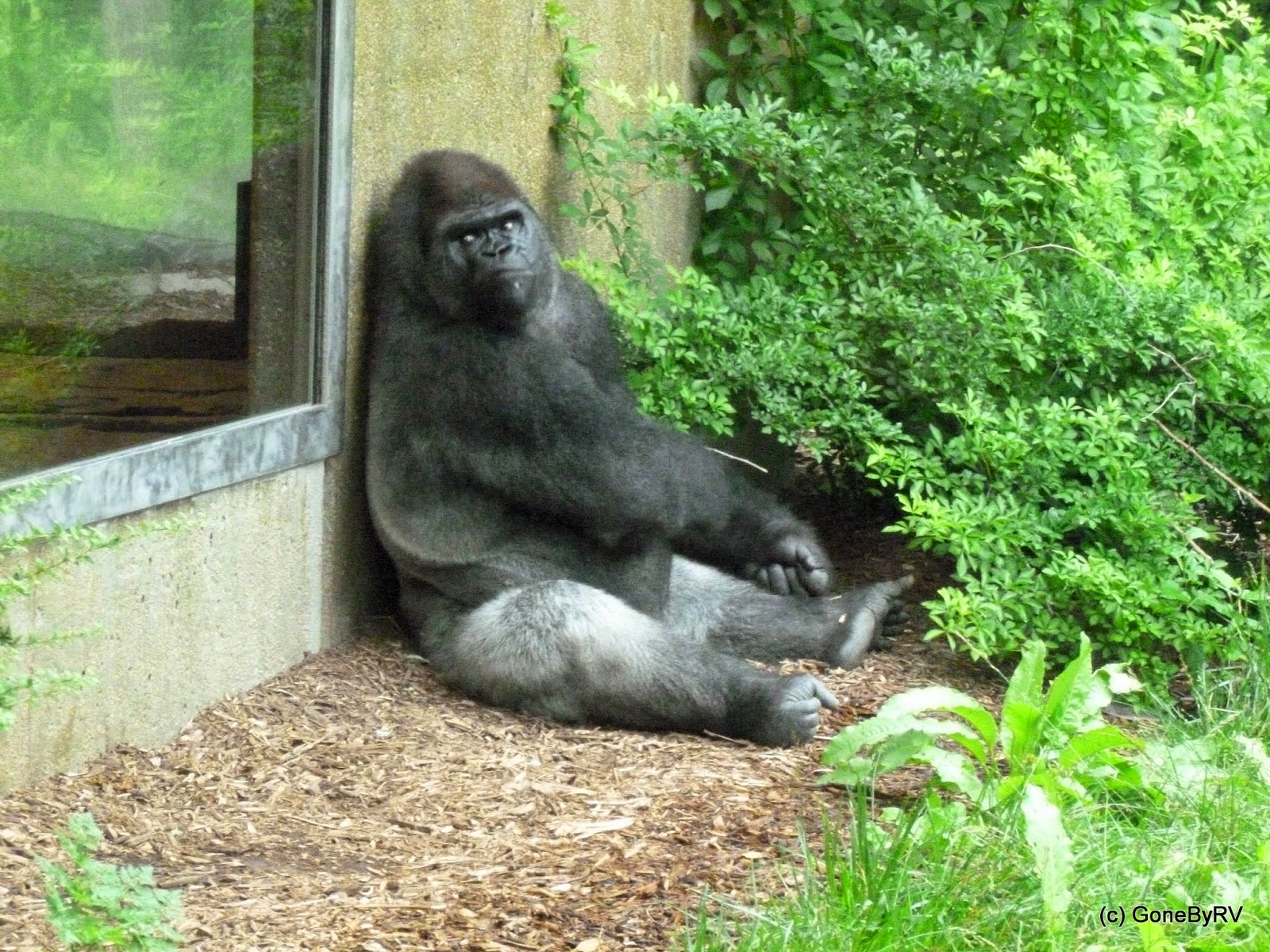 There is a large area called Hubbard Gorilla Valley. The way the exhibits are constructed, visitors are able to be a lot closer to many of the animals. (I believe I've seen this guy behind some 7-11 stores back when I was still working.) 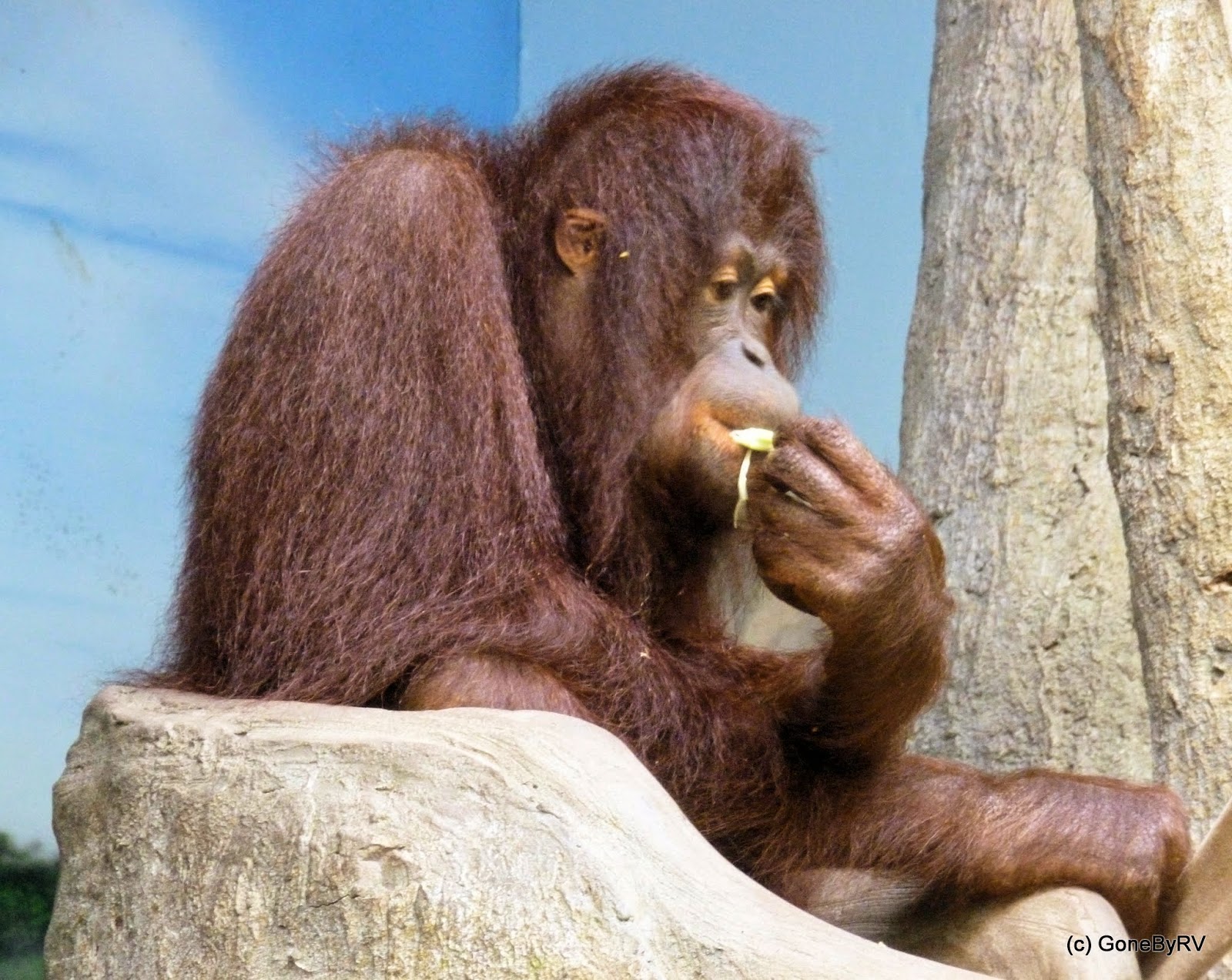 I love to watch the orangutans. They are so expressive and it seems as though they are watching us as much as we are watching them. 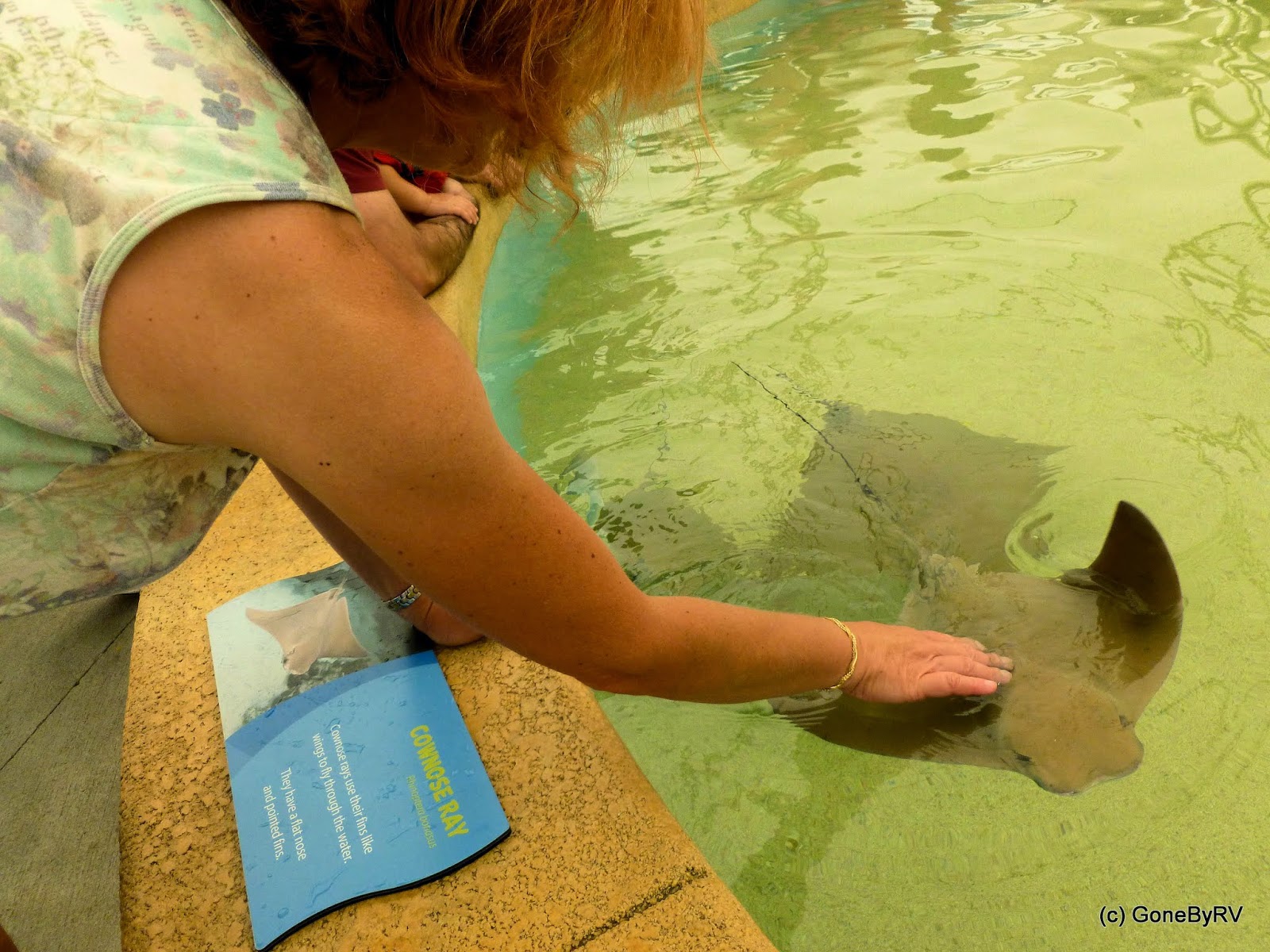 A new area just opened called Stingray Beach.  It gives visitors a chance to feed and touch stingrays. Although we've touched these guys in the wild, it's still a strange feeling to feel their little mouths attempting to take food from you. 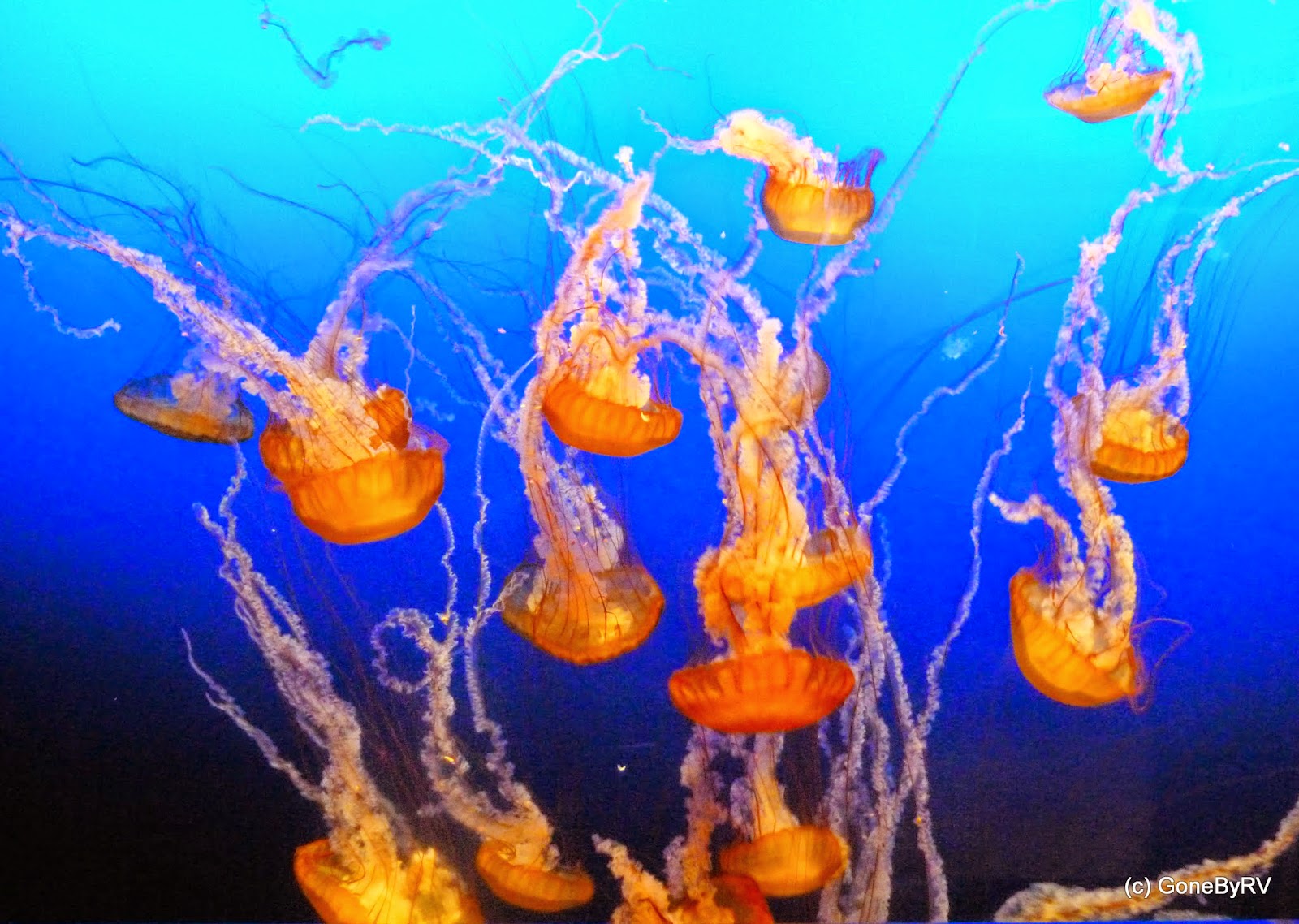 There is a beautiful exhibit on life under the seas. A whole section is set up to highlight jelly fish, man-o-wars, sharks, moray eels, and much more. 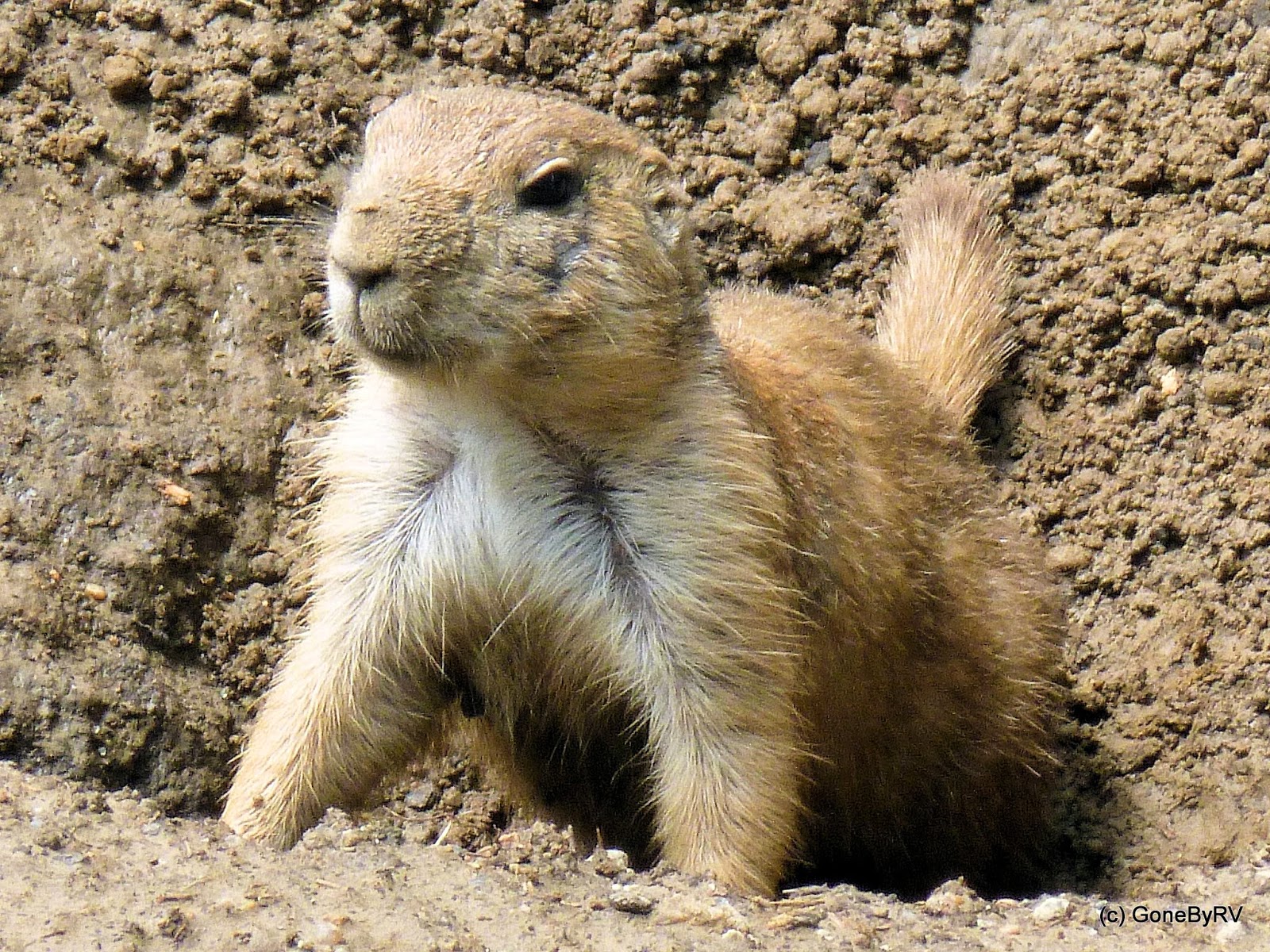 Being from the east, last year we had the opportunity to see our first prairie dogs when we arrived in South Dakota (Custer State Park, I believe).  There is an area of prairie dogs called Prairie Dog Hill here. They are very used to visitors and many, many signs warn against touching and feeding them. 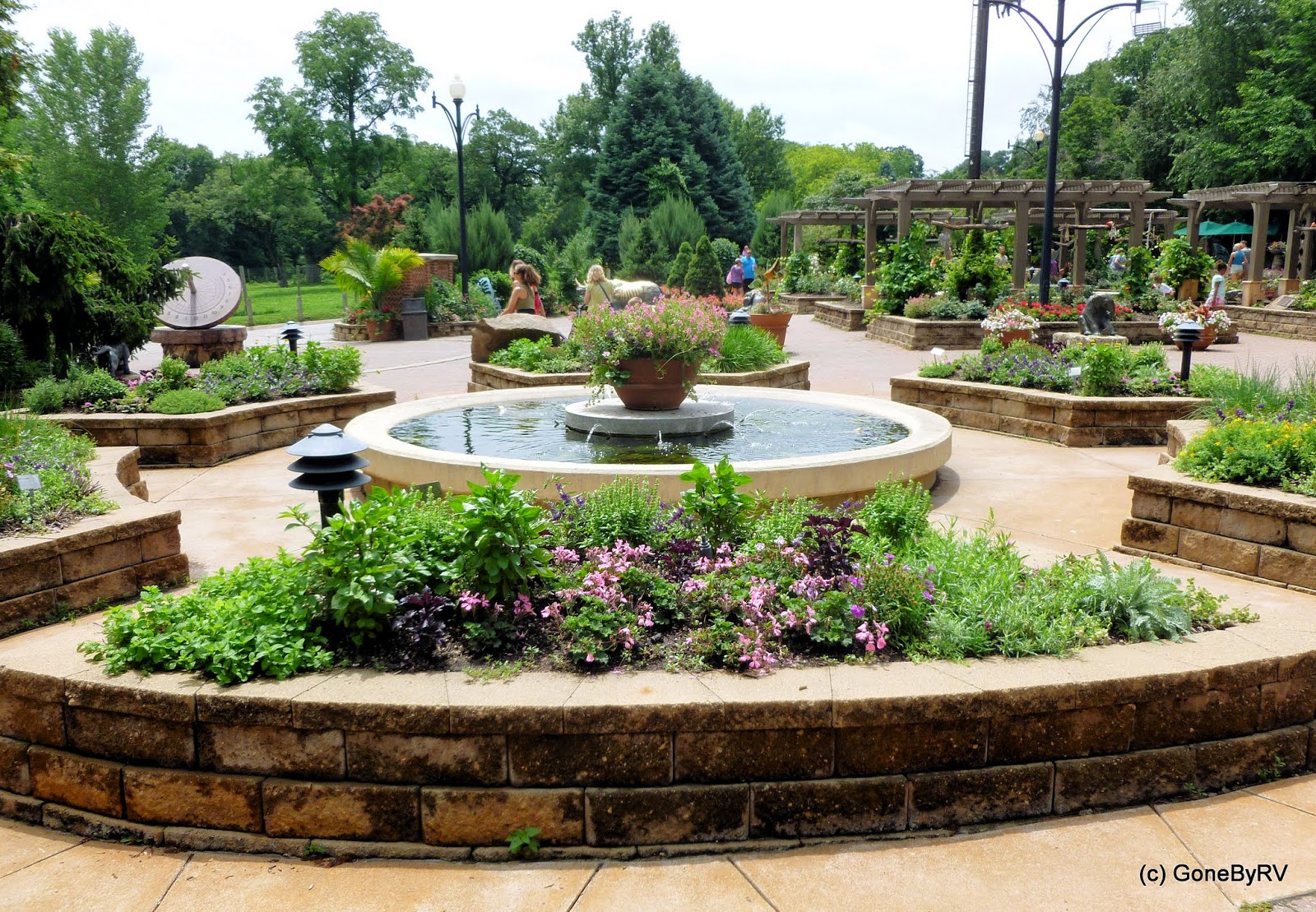 The entire zoo is laid out beautifully.  Aside from animal exhibits and enclosures, there are many gardens and ponds to view as well.

We arrived when the gates opened at 9 AM and were tired out by 4 PM (closing time currently is 5 PM).  We did not get a chance to see all of the exhibits. I would suggest spending 2 days to really take in the entire experience and get an opportunity to see a lot of the handler "feeding" and "training" sessions.


We noticed while exiting the large "Rosenblatt" sign toward the edge of the parking lot.  Rosenblatt Stadium was the former home of the College World Series. It opened in 1948 and closed in 2010.  The stadium was demolished in 2012, but the scaled down infield was built as a tribute to the old stadium.  The right and left field foul lines are still in the exact position in which they were when the stadium was still in use.  The foul poles still stand. 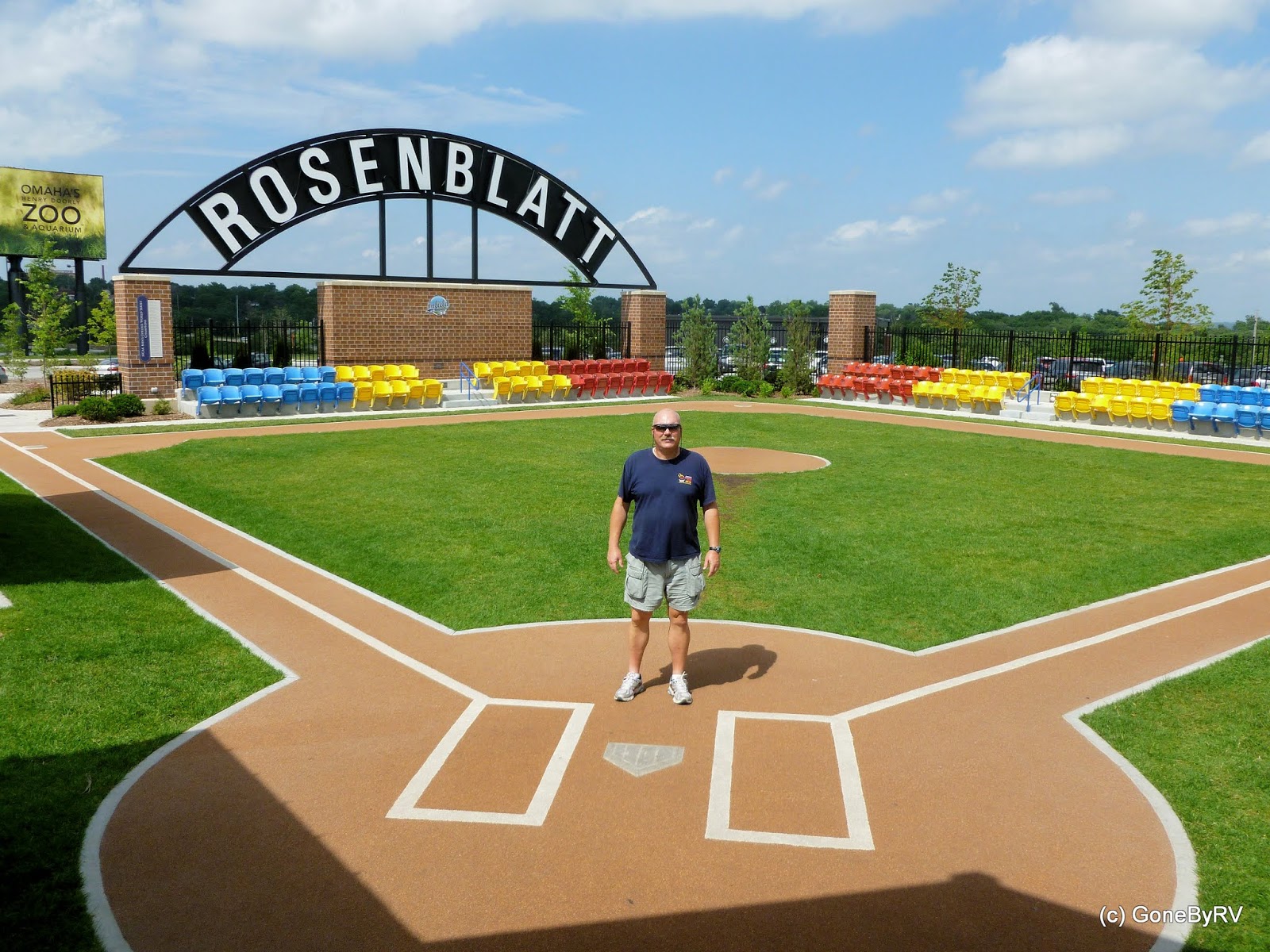 Thanks for stopping by to take a look!
Posted by Steve and Karen at 11:43 PM