Geeks on Tour (Bicycle Tour, That Is)


Through RVillage.com we discovered that Jim and Chris Guld (Geeks on Tour) were staying in the same campground.  They sent us a message and we decided to take a bicycle ride together to the Rock Island Arsenal located approximately 12 miles to the southwest along the Great River Trail bicycle path. 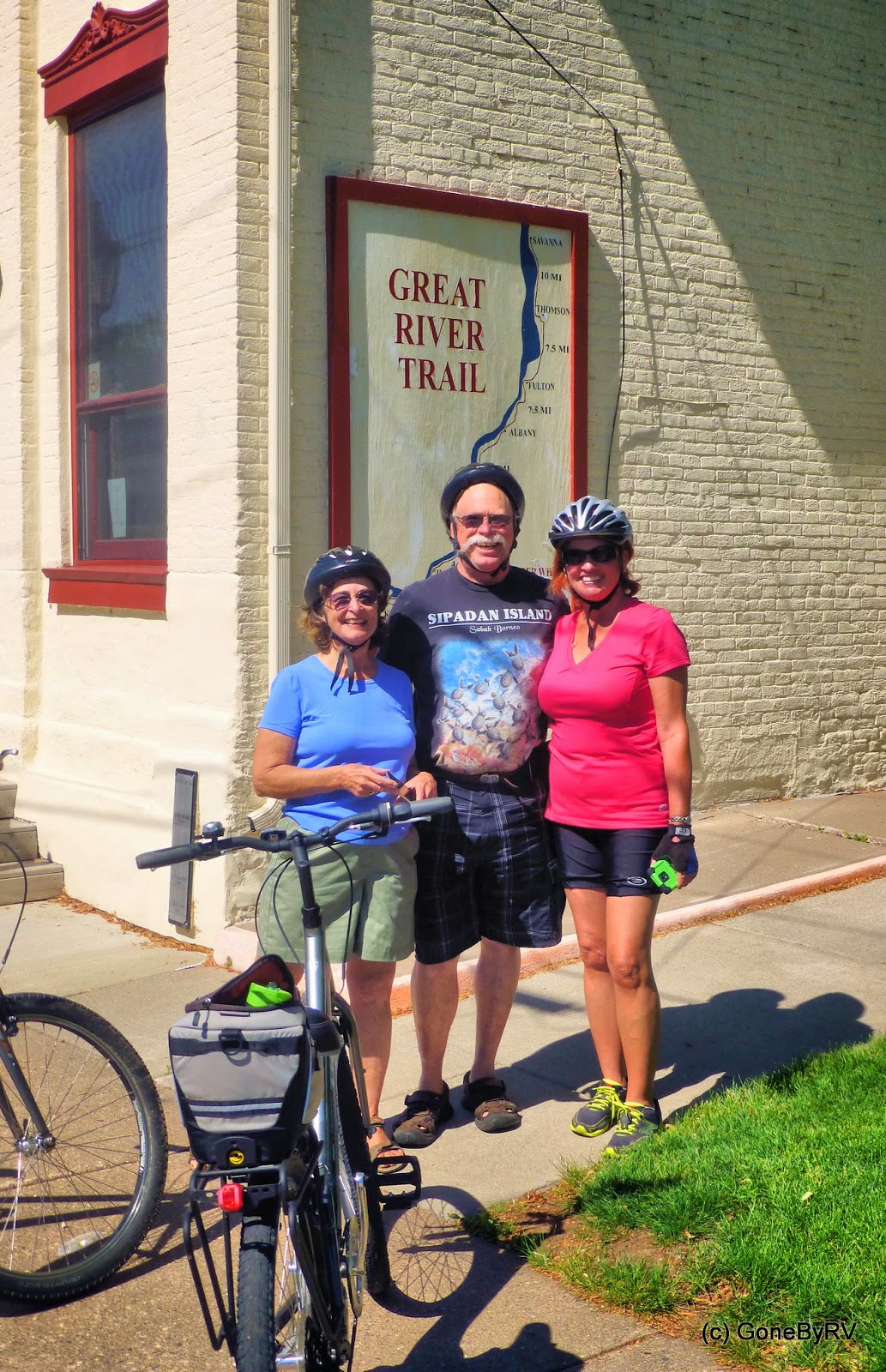 We had beautiful weather on Friday morning so we set off.  Before too many miles we made our first "picture stop" near Hampton, IL. 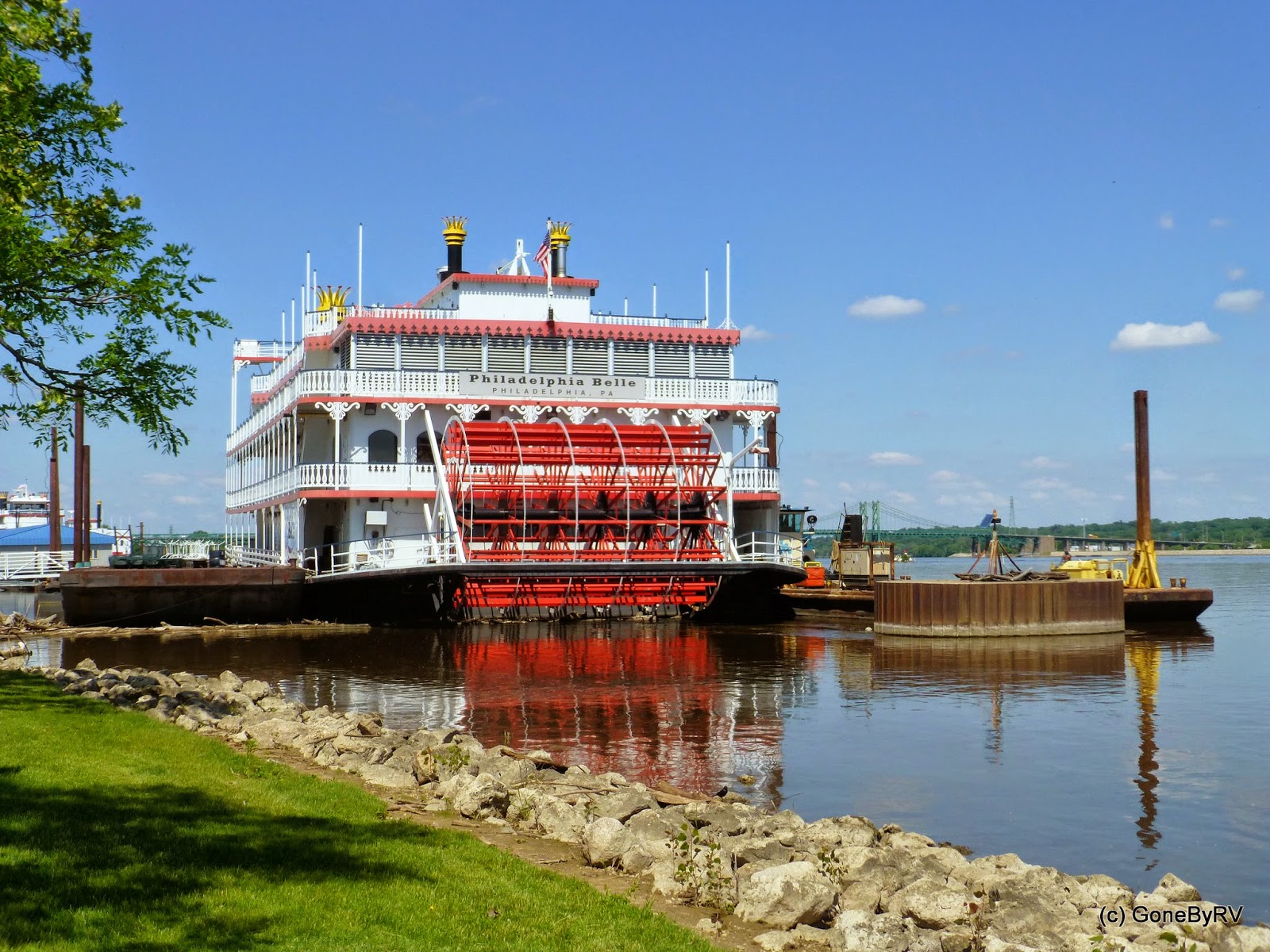 The trail parallels the Mississippi River for much of the ride. There are several old paddlewheels which have been converted for use as restaurants and casinos in this area. The Philadelphia Belle once hailed from the Philadelphia, PA area. 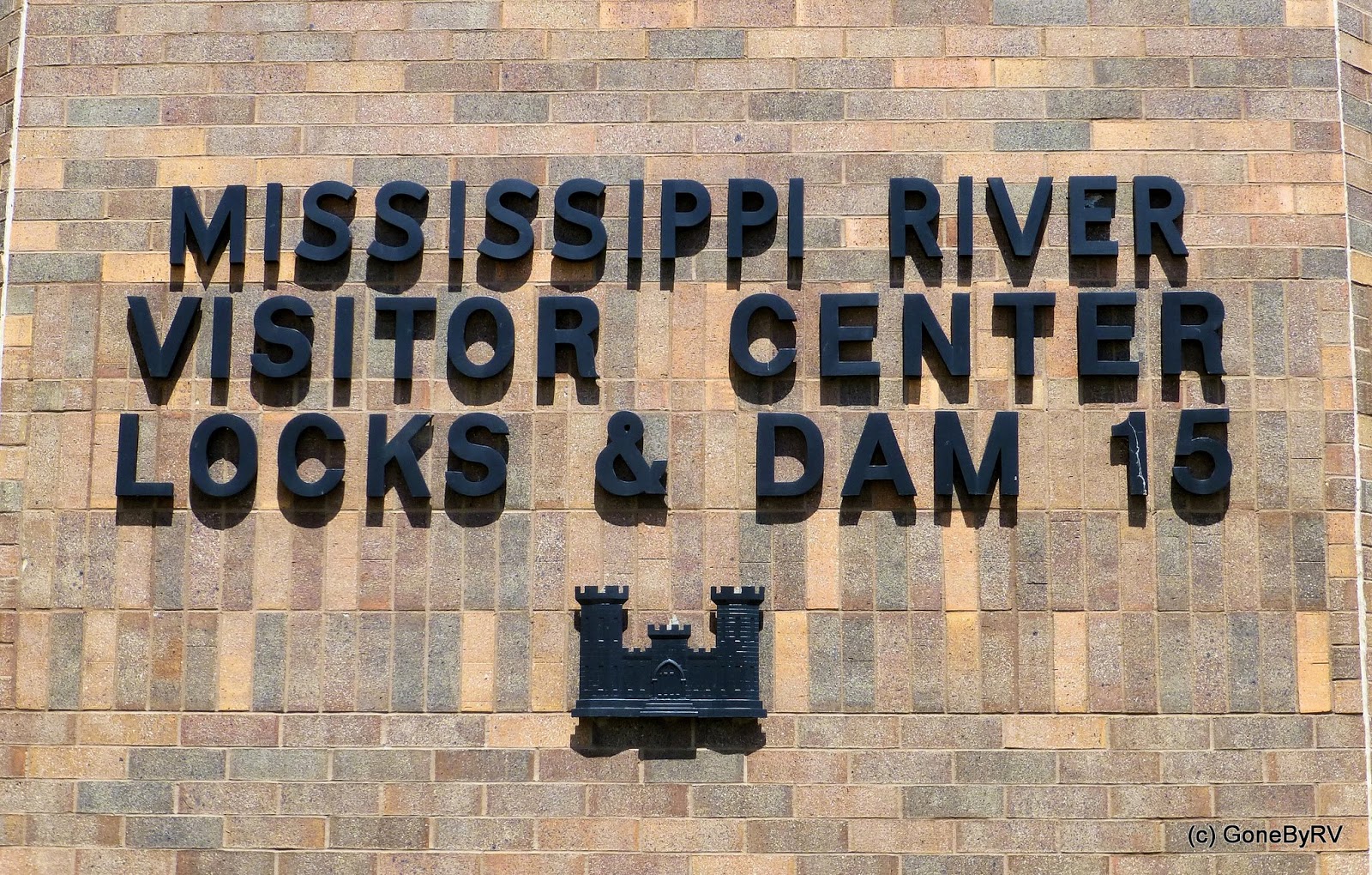 Once we made it onto Rock Island Arsenal (which is an active military base) one of the areas we wanted to visit was the Corps of Engineer's Lock and Dam #15. 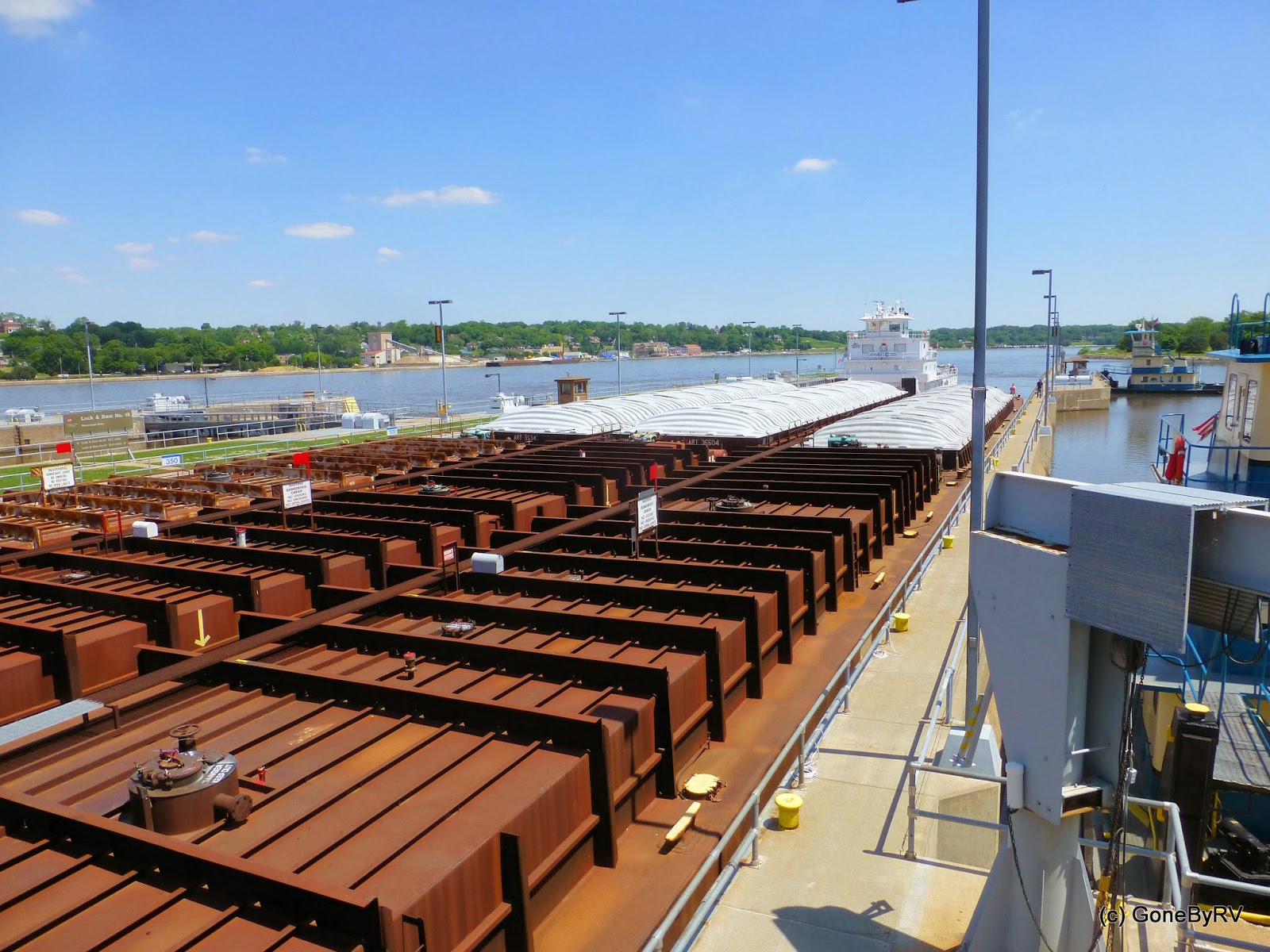 This lock was the first in the system of 29 Locks and Dams ever built on the Mississippi River.
Construction began on the project in 1931 and the entire locks and dam were put into service in 1934. L&D #15 is somewhat different from others in the system as it is a double lock system.  The main lock is 110 feet x 600 feet, and the auxillary lock is 110 feet x 360 feet.  Barges over 600 feet in length have to be split and "double locked" as the process is known.

One of the interesting features of this lock and dam is the use of a swing bridge near the west end of the lock.  It's necessary to open and close the span each time a tall tug passes through the lock.  The swing bridge is over 100 years old and still works perfectly. It's even more amazing when you consider that it's a double stacked bridge.  There is a two lane roadway on the lower section for vehicles and a railway up top for trains.  Take a look at the following video to watch it in operation.

If you've never seen a lock and dam in operation, it's certainly worth a few minutes of your time to watch as these huge vessels are moved along the water system.  On Saturday, our friends Bill and Kris Osborne (SeeingtheUSA blog) joined us to take a tour of the lock and dam facility.  Unfortunately, pictures are not allowed, so everyone will just have to visit on their own.  :)   Abby, the ranger leading the tour, was very knowledgeable. 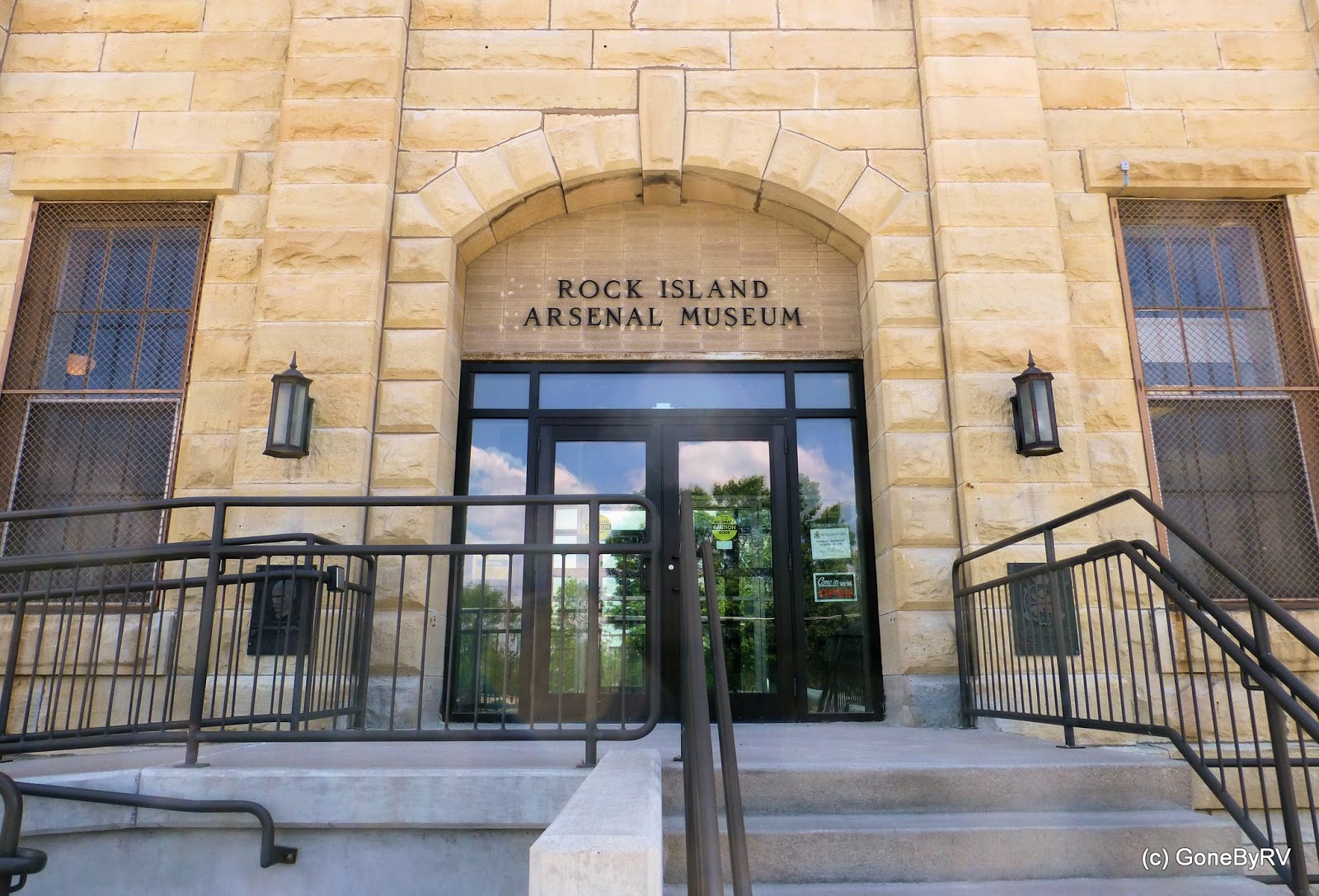 Although we had visited the Rock Island Arsenal Museum with Jim and Chris Guld on Friday, we certainly weren't adverse to seeing it again with Bill and Kris. 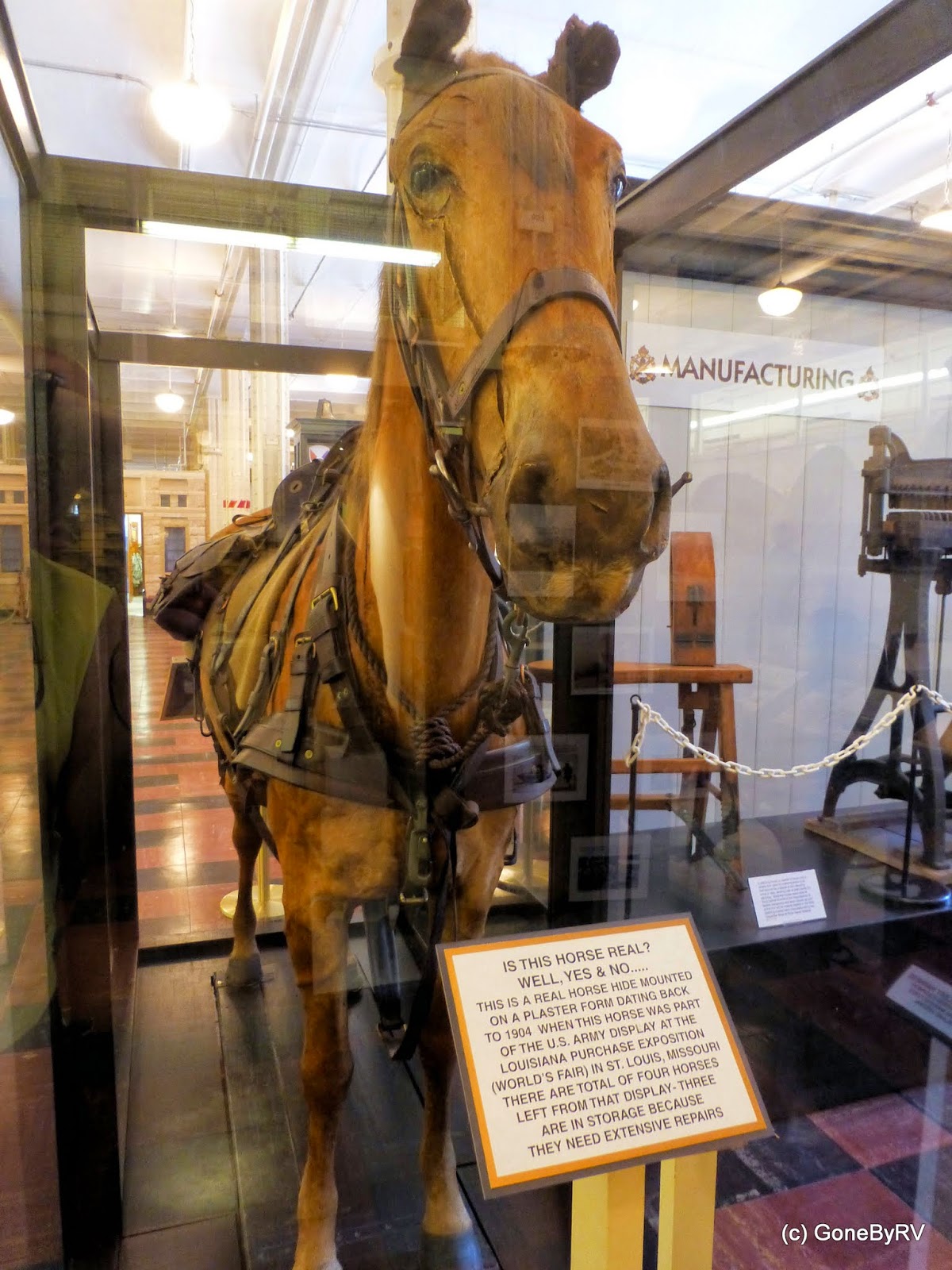 The museum is the second oldest military museum in the United States and was very engaging.  Not only did the Arsenal produce weapons and munitions, but leather goods for saddles, wooden furniture, small items for war efforts, and many other items.  This "horse" was one of four used to make patterns for saddles, packs, and bridles.  The "skin" of the horse is from an actual horse, but it is draped over a plaster form. 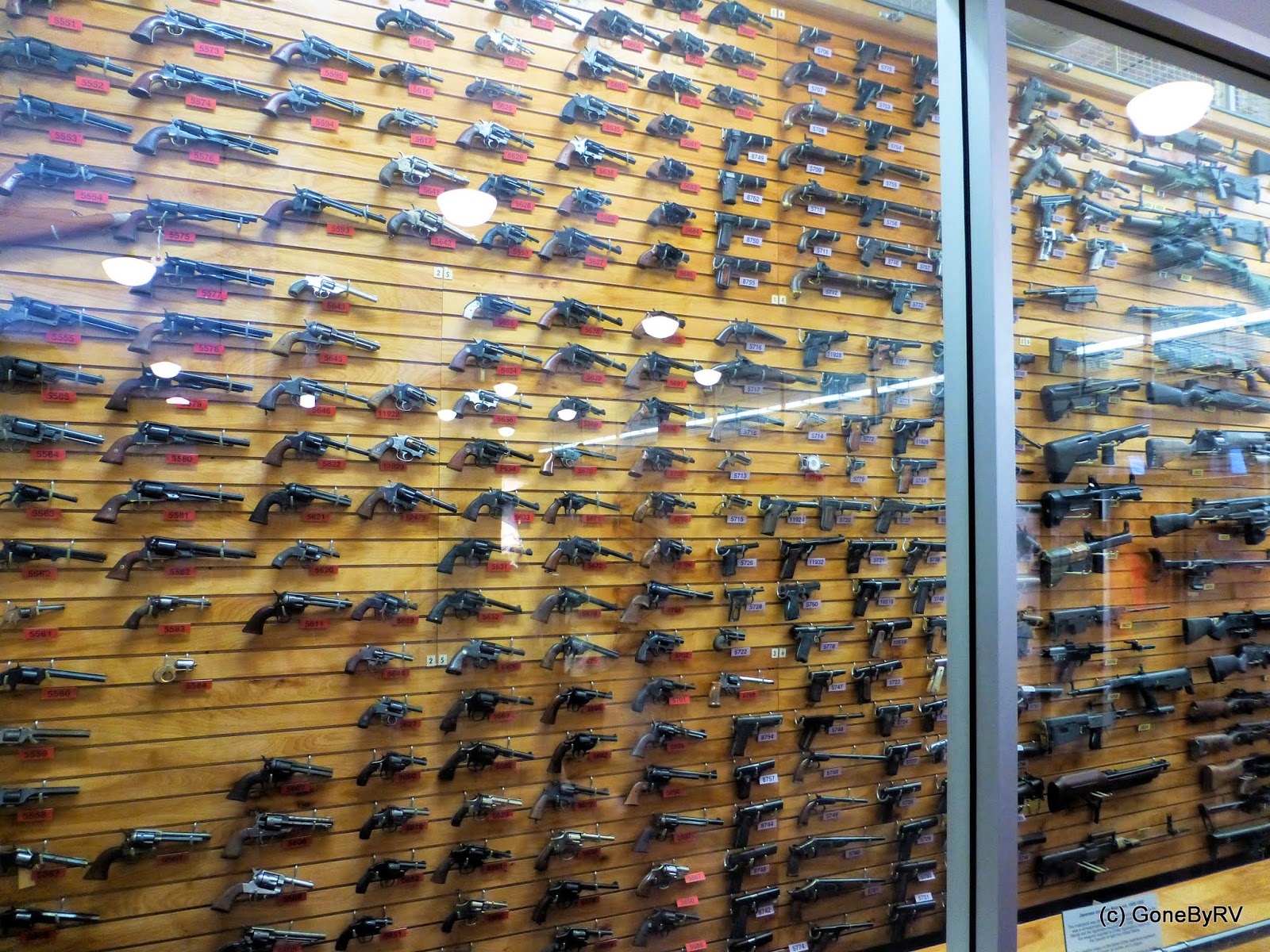 For anyone who loves guns, whether it be handguns, long guns, or even cannons, there is certainly no shortage of examples to view. 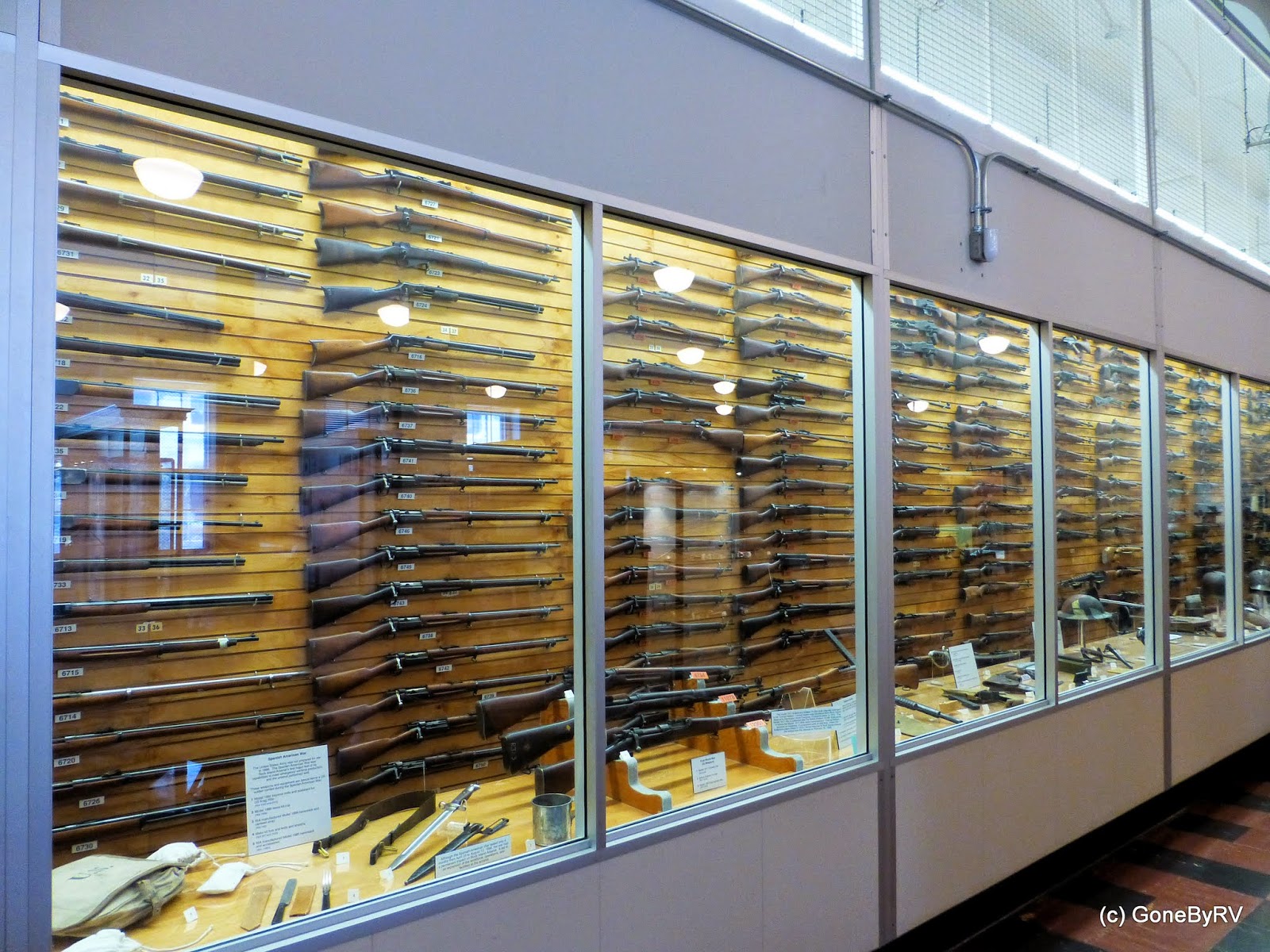 The guns mounted on the walls all have numbers which correspond to numbers in reference books which a visitor is able to peruse. 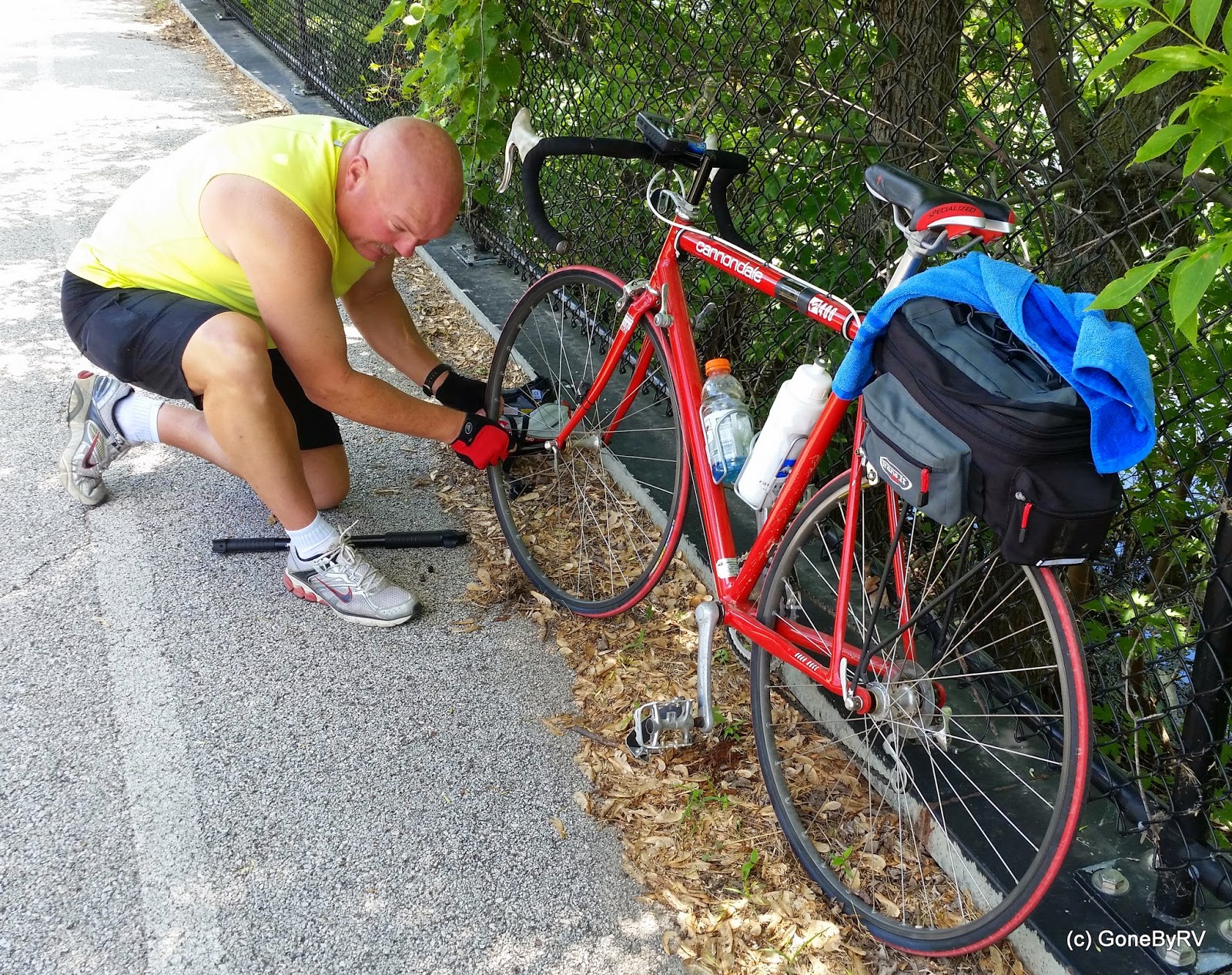 We greatly enjoyed the bicycle ride with the Gulds and the day of touring with the Osbornes.  Of course, there had to be a bit of excitement or it would just be a regular "tourist" day.  On the way back from the Arsenal to our campground I had a flat on my bike.  I had a spare tube and quickly replaced the torn one, but my portable air pump wasn't cooperating, so Karen had to ride back to the campground and return with the car to pick me up.