Are We Truly a Jinx?

Posted from Papillion, NE   (Click on Pics to Enlarge)

After our most recent visit to a baseball game and the subsequent loss by the home (or favored) team, this got me to thinking.   Are we jinxing these teams who we go to watch and cheer for?  I'm beginning to think so.  More on this at the end of the blog.

The College Baseball World Series is played each year (since 1950) in Omaha, NE.  We weren't even aware that the series was going on when we made plans to come to the area last week. We certainly didn't have any idea that we'd be able to get a ticket to one of the finals games. 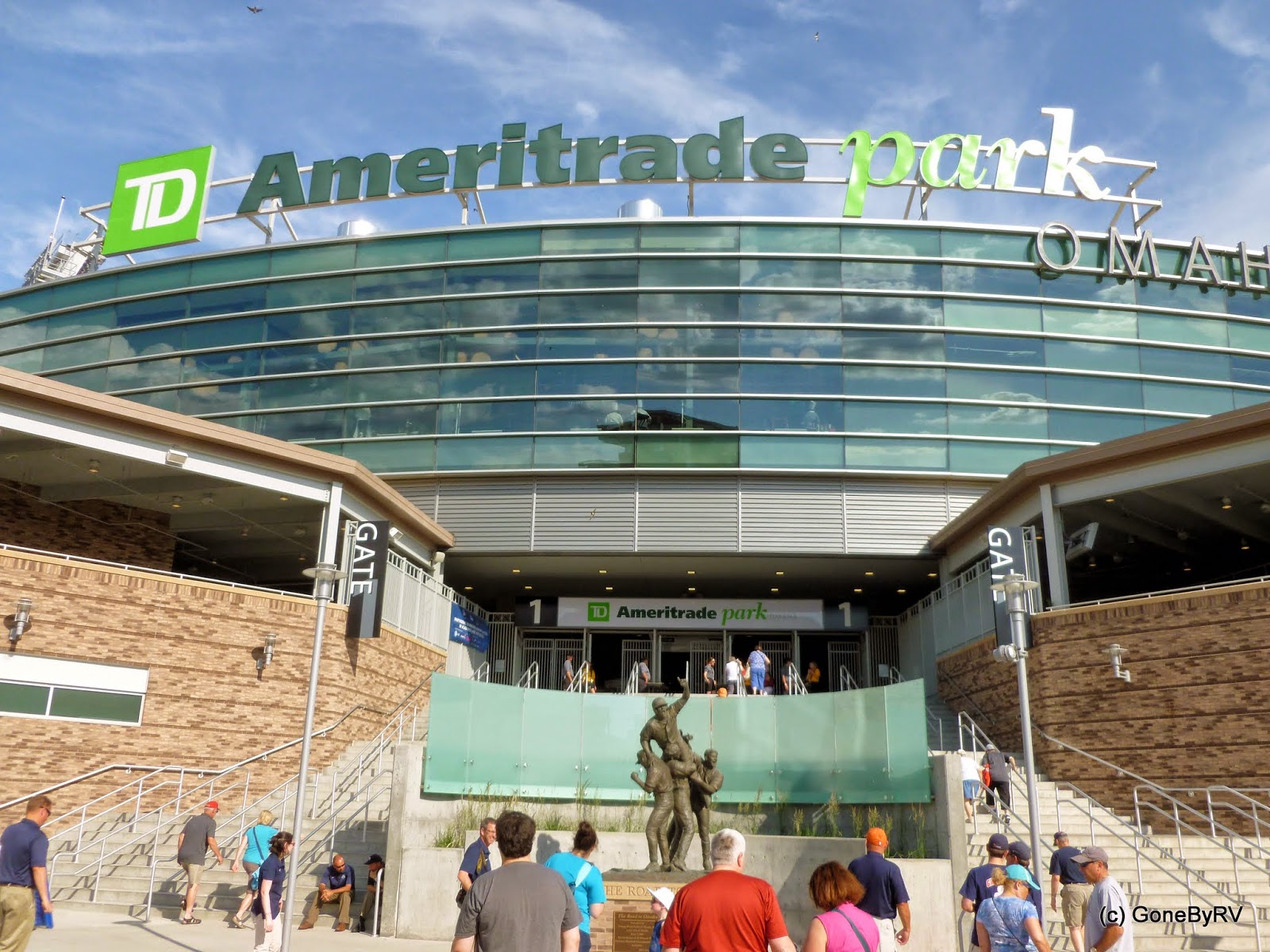 The TD Ameritrade Park opened in 2011 and is also home to the Creighton University Bluejays baseball team. 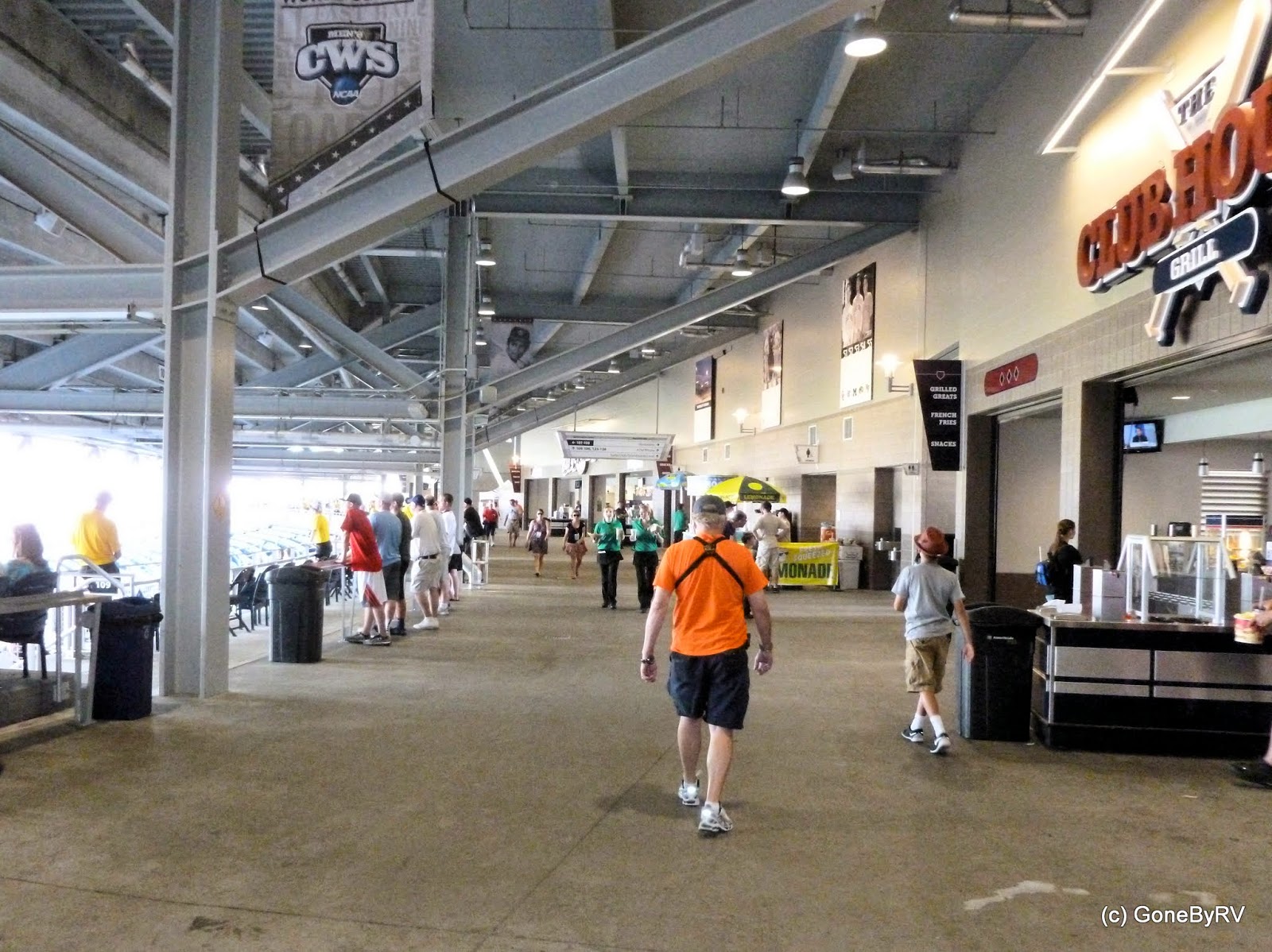 The park is a beautiful venue to watch a game.  The concourse is wide and the atmosphere for a college world series game is VERY upbeat. 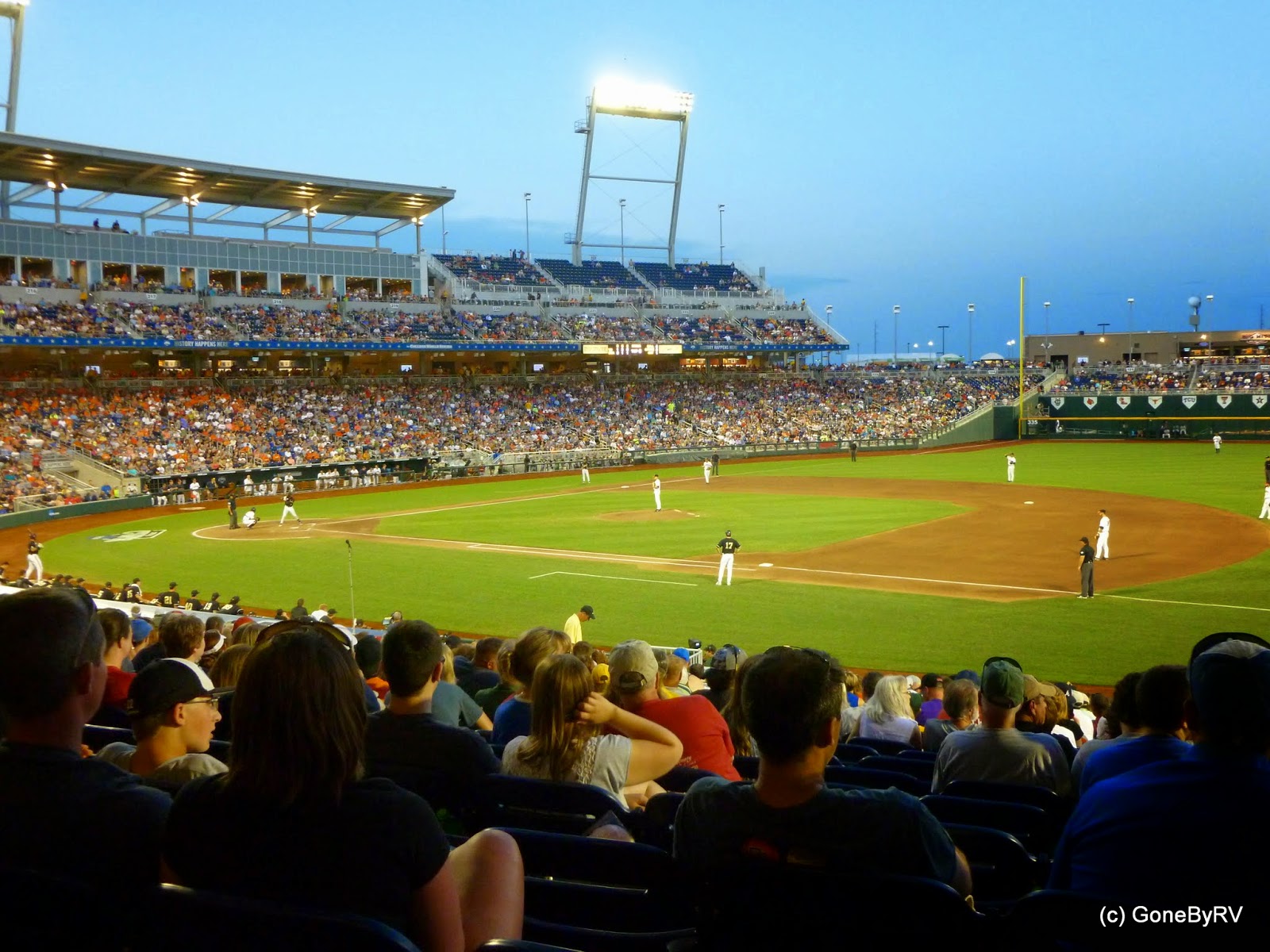 It was a great evening for baseball. We were able to purchase seats online at a reasonable price and
the views were very good. 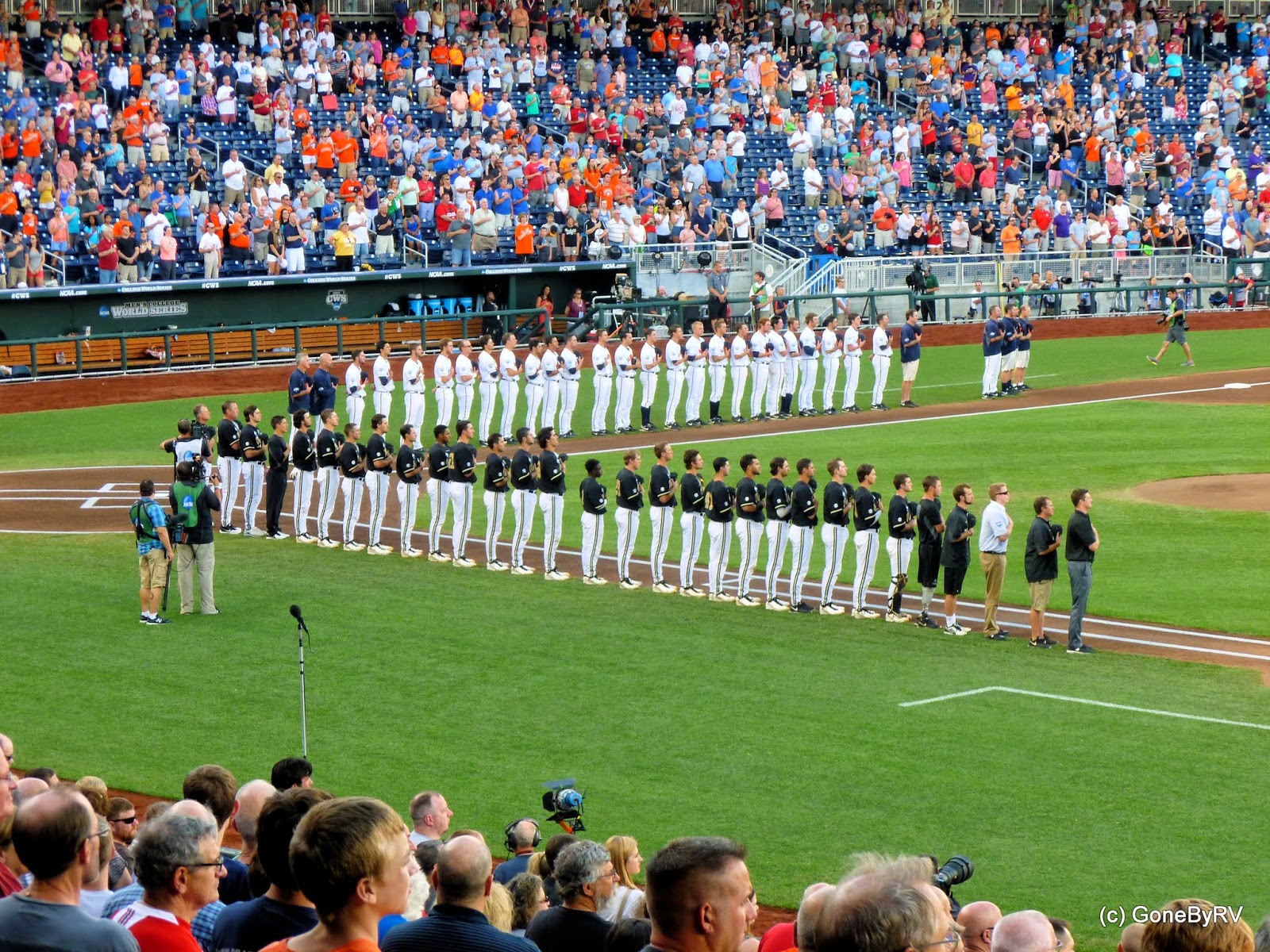 Since we were longtime Virginia residents, it was an extra treat to be able to watch the University of Virginia compete in the deciding game of the series against Vanderbilt University for the National Division I Championship. 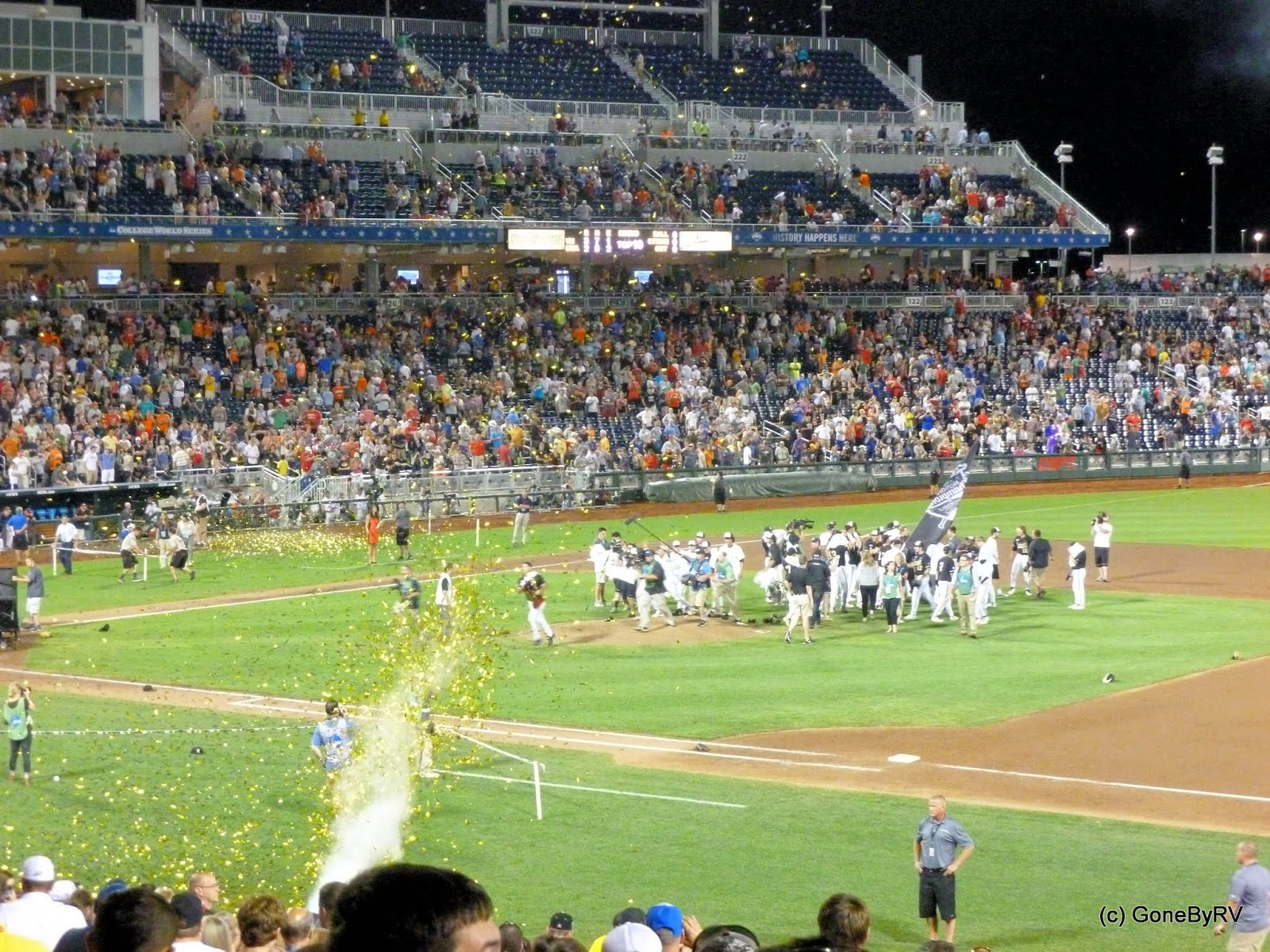 Although it was a good game, Vanderbilt was the eventual winner after John Norwood hit a home run in the 8th inning to secure the victory 3-2. 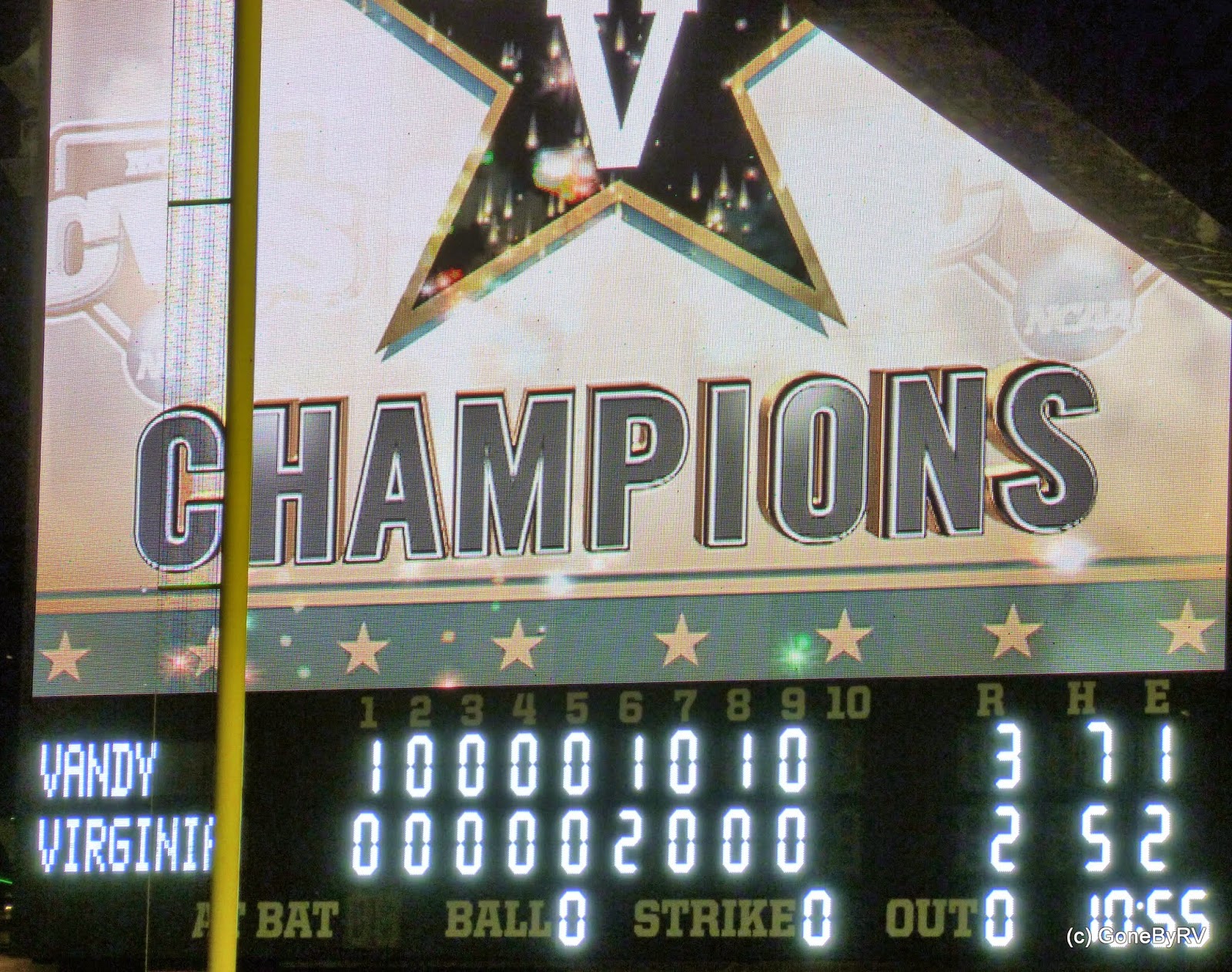 Now, back to my original question of whether we jinx the teams we go out to watch.

I did a bit of historical data gathering on baseball games which we've attended since we started fulltiming and came up with the following:


What do you think?  Are we a jinx?  Should teams ban us from their games? 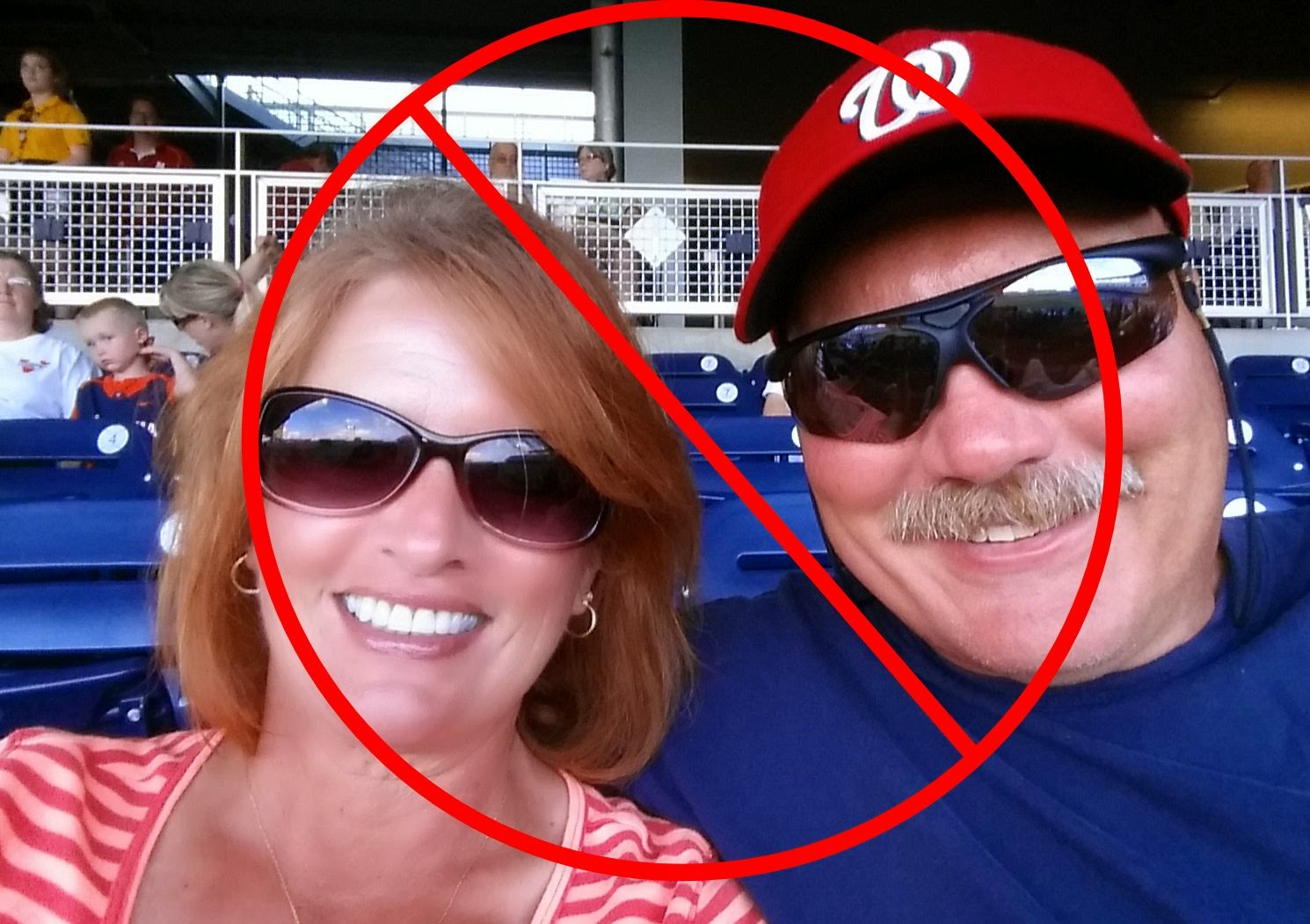