Well, I was going to write a blog detailing our activities on Tuesday, but after taking a look at Bill and Kris Osborne's last post, I've decided to just let you link to his blog instead.  We "toured" all day with Bill and Kris, went to the same places, saw the same things, and even ate lunch together.  I have many of the same pictures that he posted, so if you'd like to see more information on the Cody Homestead, the Buffalo Bill and Regional Museum, or the John Deere Pavillion just jump on over to SeeingtheUSA by the Osbornes. 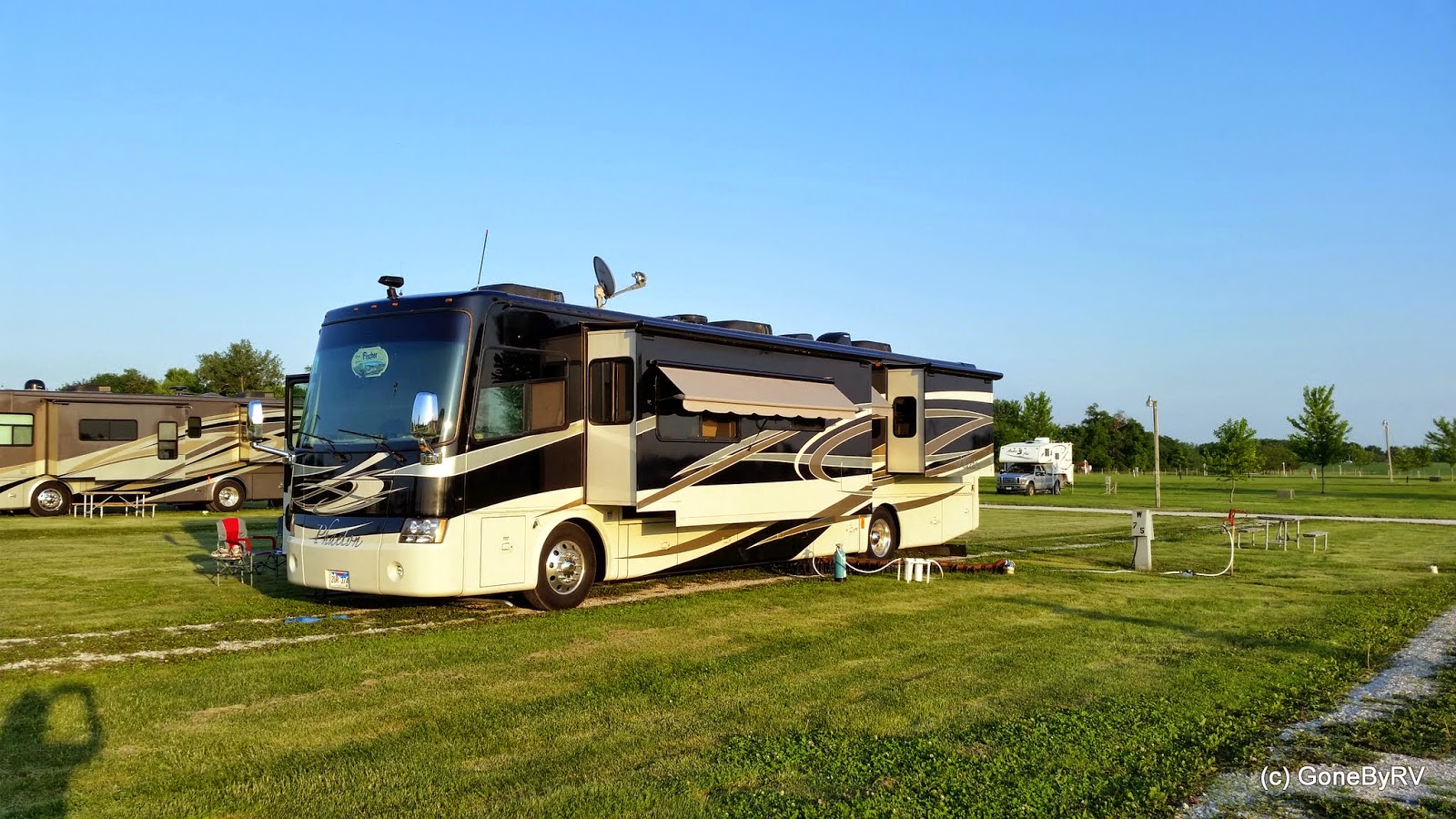 On Wednesday we moved west about 90 miles to the Amana Colonies RV Park.  Very easy drive and the campground and entire area seems as if it will be very relaxing.

For those not familiar with the Amana Colonies, the community was initially made up of six villages (the Village of Homestead was added later) by German peoples arriving in Iowa in 1855 to escape Germany's depression and religious persecution. The group was led by Christian Metz.  The community initially settled near Buffalo, NY, but as the group grew new lands for farming were sought.  Land was cheap in Iowa and the group settled into what is now known as the Amana Colonies. The area was one of the earliest communal societies in the United States.

Thanks for stopping by to take a look!
Posted by Steve and Karen at 4:00 PM