The last few days have been very busy.  In an effort to give each activity enough "blog" space (and to keep from boring everyone with a lengthy account), I'm going to split up the last couple of days. 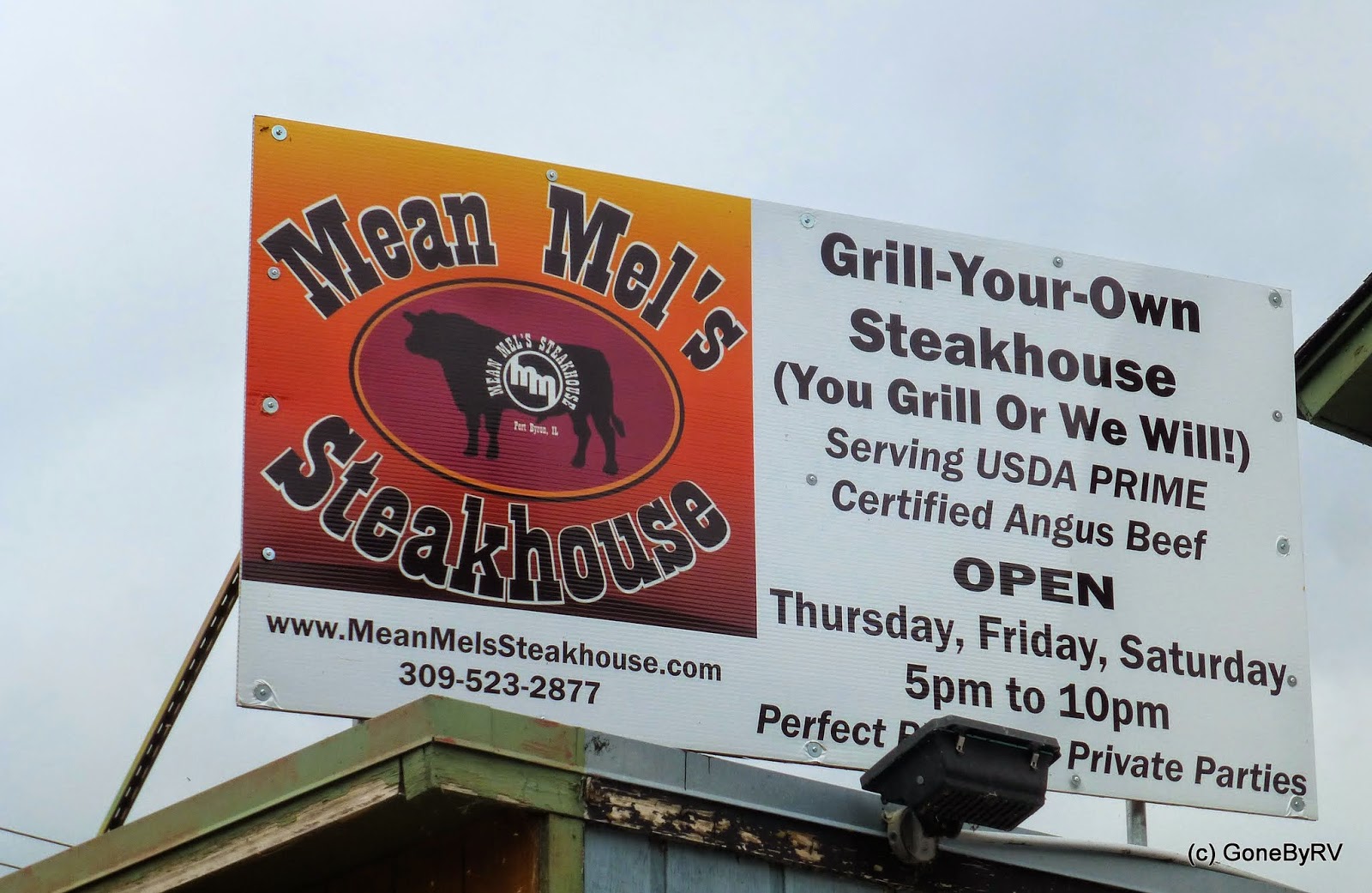 Last Sunday (6/8) Karen and I decided to take a bicycle ride north out of the campground along The Great River Trail. It was a beautiful morning for a ride, so we pedaled about 10 miles up to the little town of Cordova, IL and back. We first passed by Mean Mel's Steakhouse.  I'm sorry, but if I go to a restaurant, I expect them to cook my meal.  Different, however. 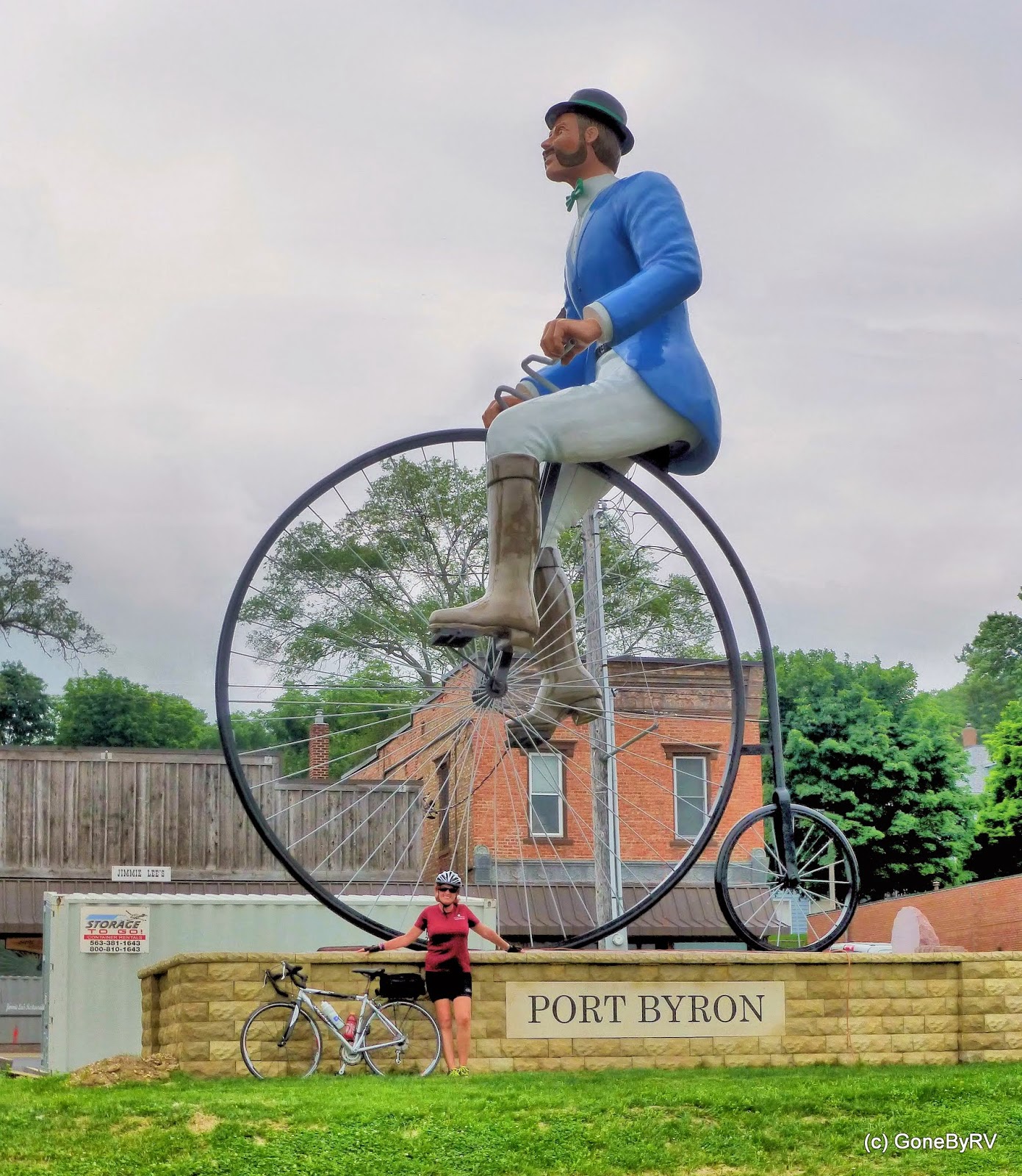 About midway we reached Port Byron.  A cute town along the railway.  They must really appreciate their cycling in this part of the country. 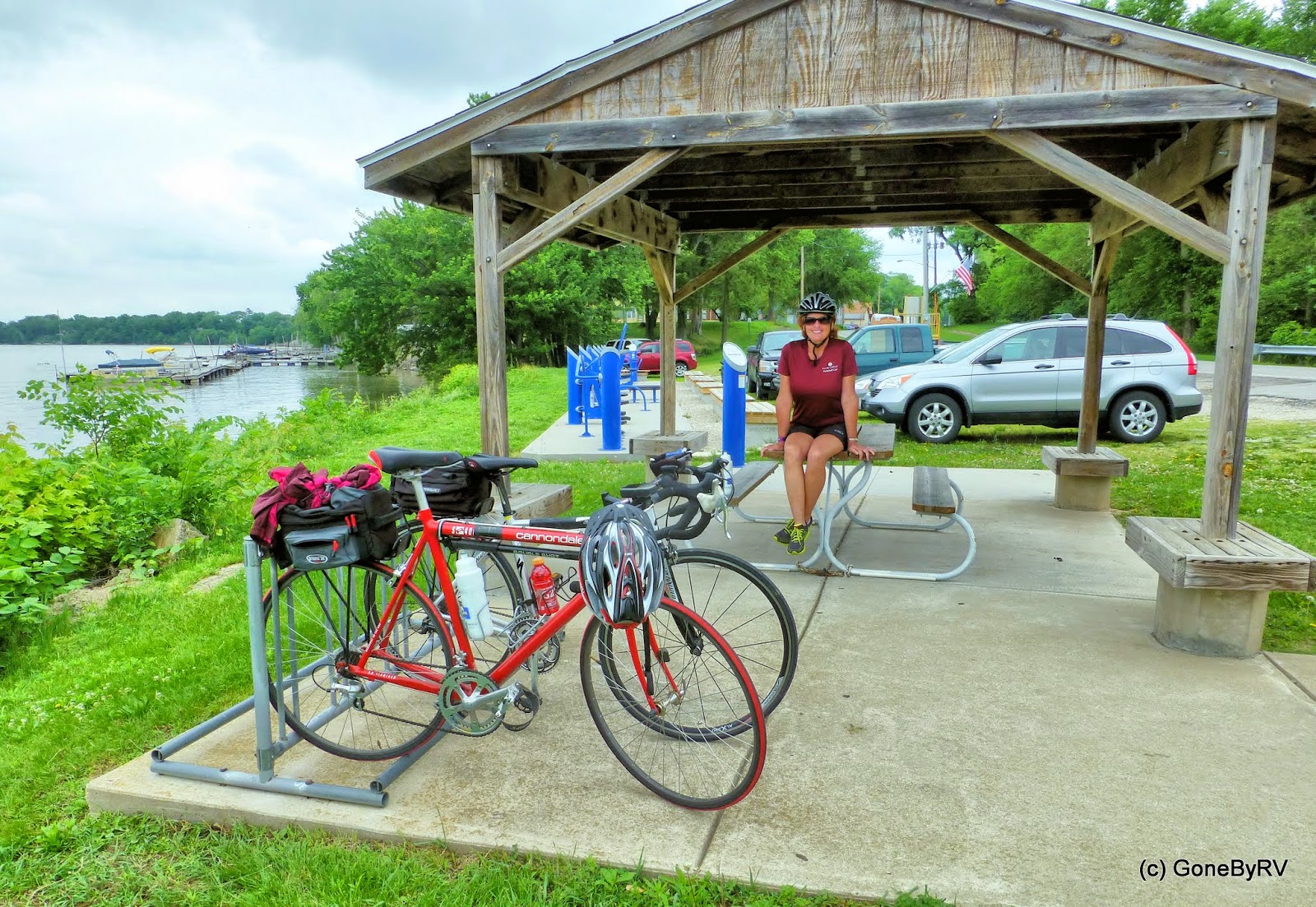 We reached the town of Cordova, IL where we stopped for a packed lunch and took a few minutes just to relax and look at the Mississippi River. 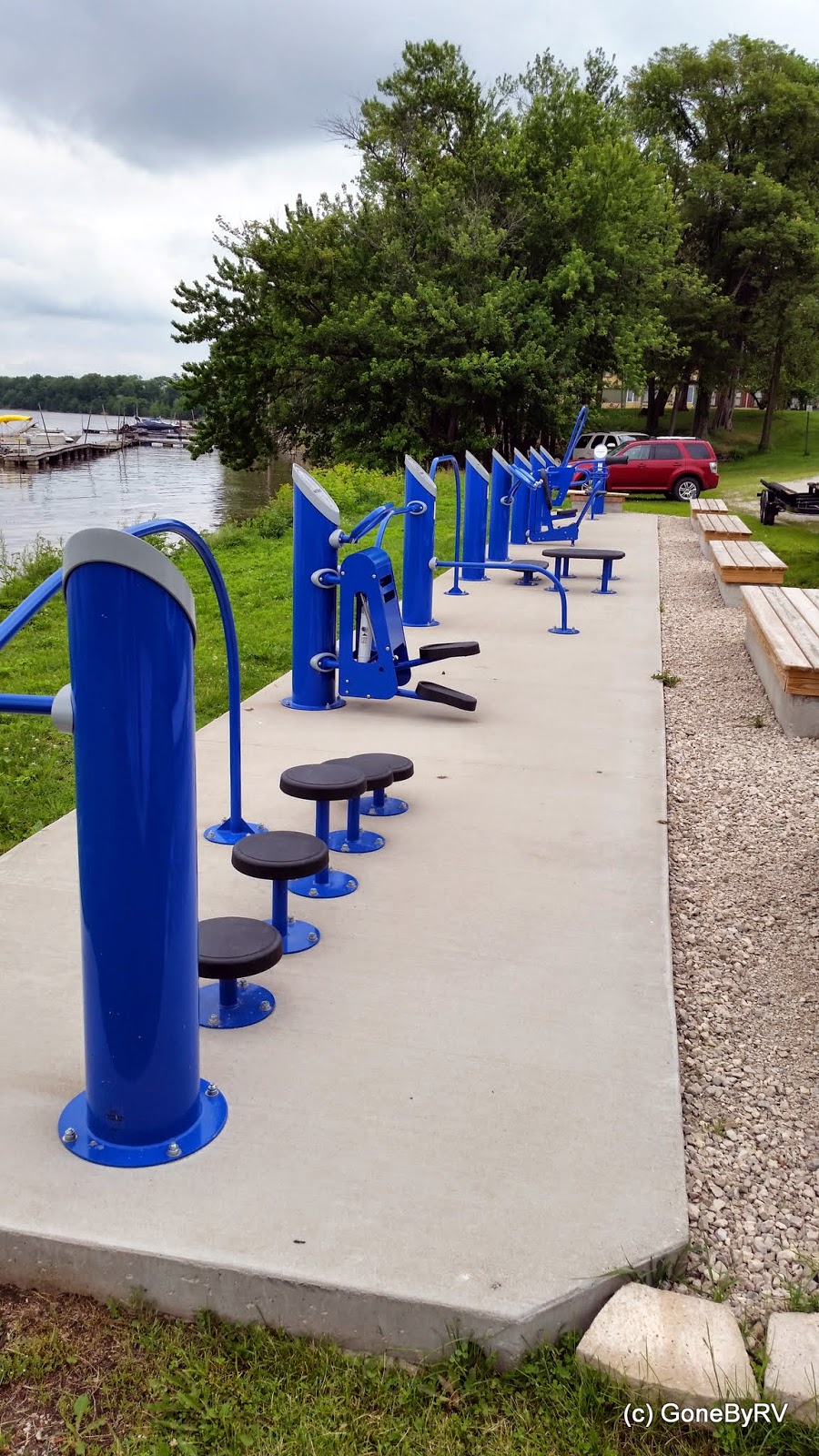 I thought this was a pretty interesting "fitness" center placed near the pavillion.  We saw one yesterday down in the Moline area, also. 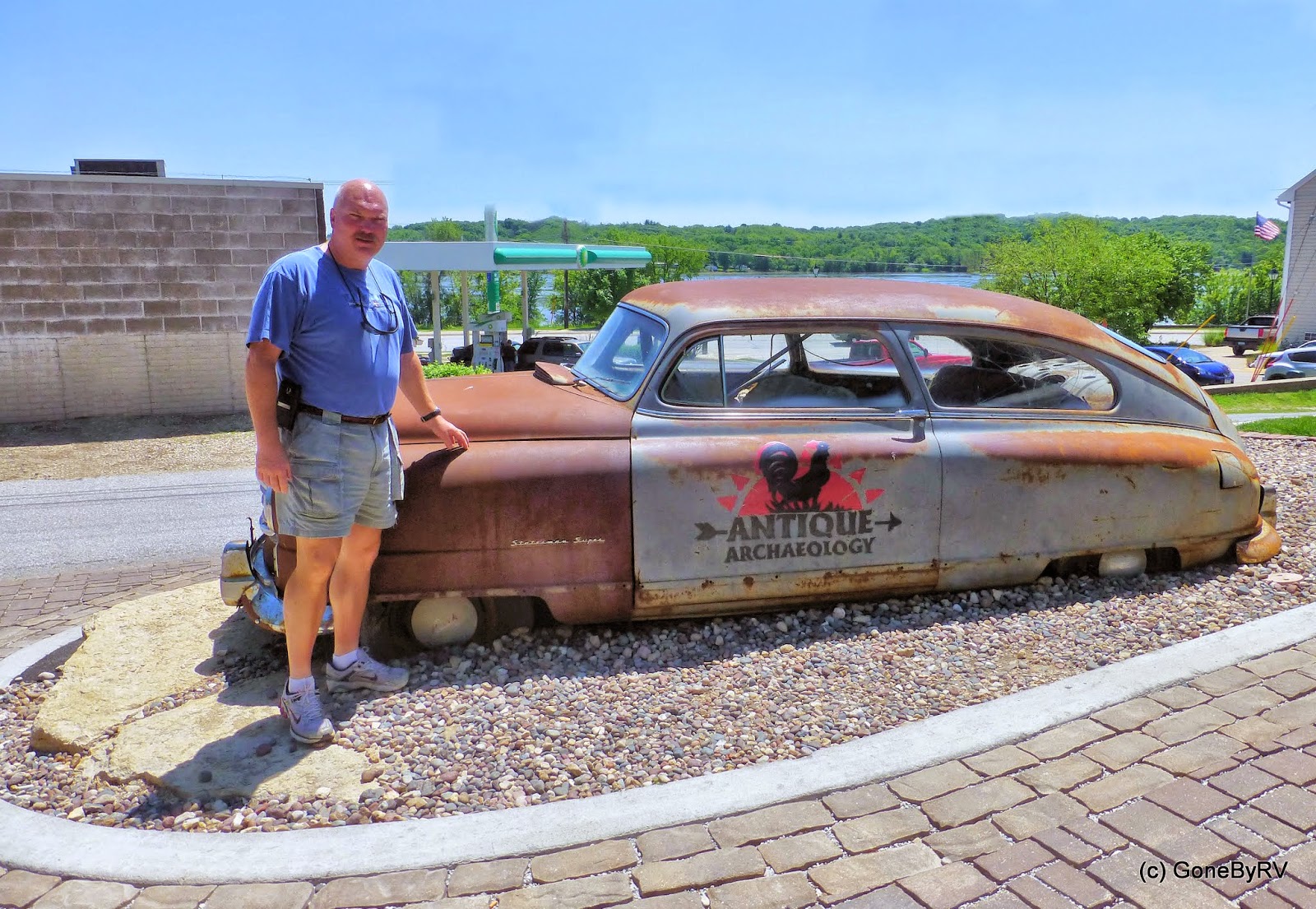 After the morning bicycle ride, we jumped in the car and crossed the river to Le Claire, IA.  What's in Le Claire you might ask?  Actually, quite a few interesting attractions, but today we were heading to the shop of The American Pickers, a show which airs on the History Channel. If you've never seen the show, the two main characters, Mike and Frank, travel the US "picking" old and interesting items from days gone by and meeting up with some pretty interesting characters along the way. 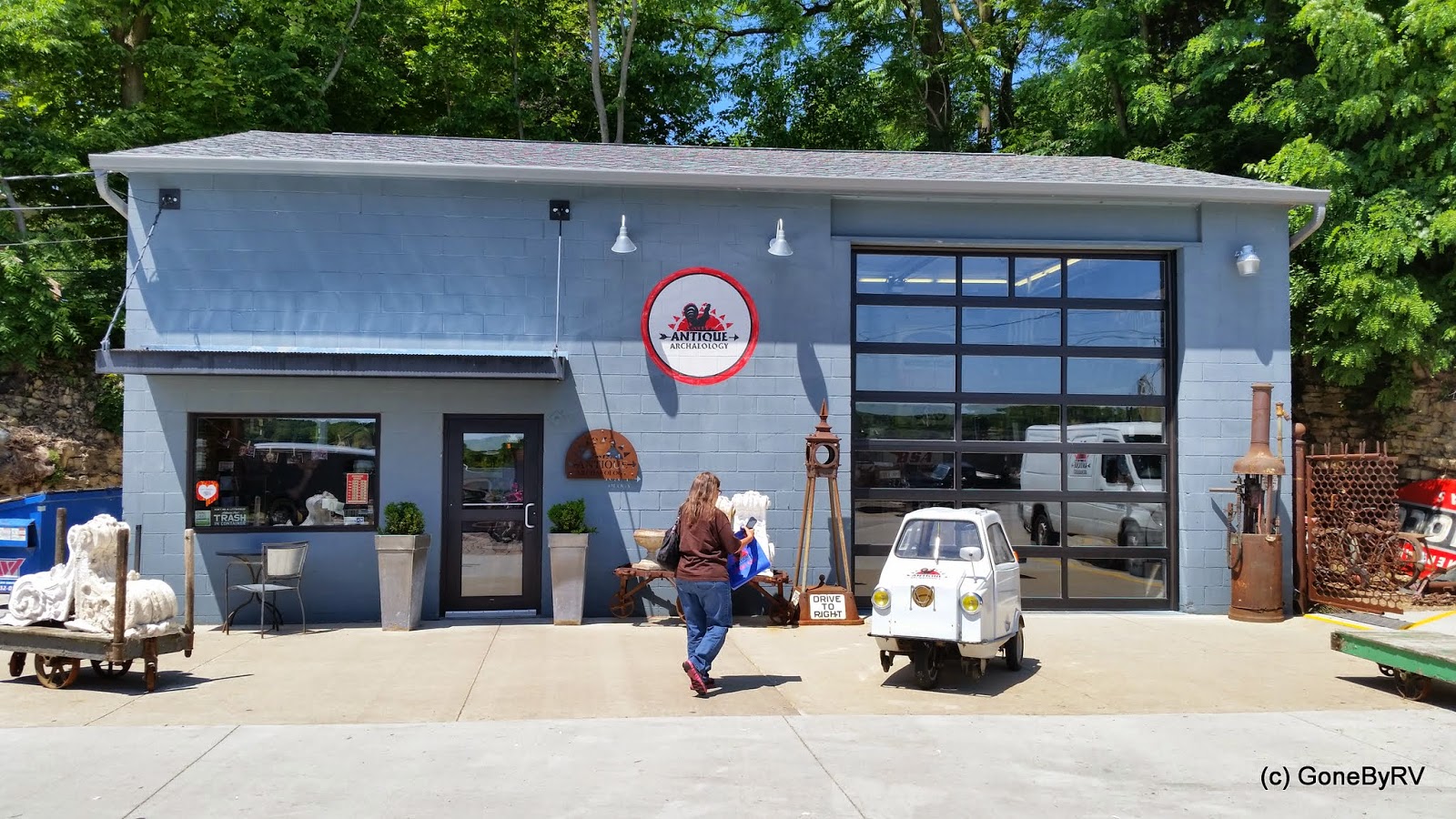 Mike's original shop Antique Archaeology is based in Le Claire, IA (there is also one now in Nashville, TN).  He loves antique bicycles and motorcycles and many of his personal collection items are on display. 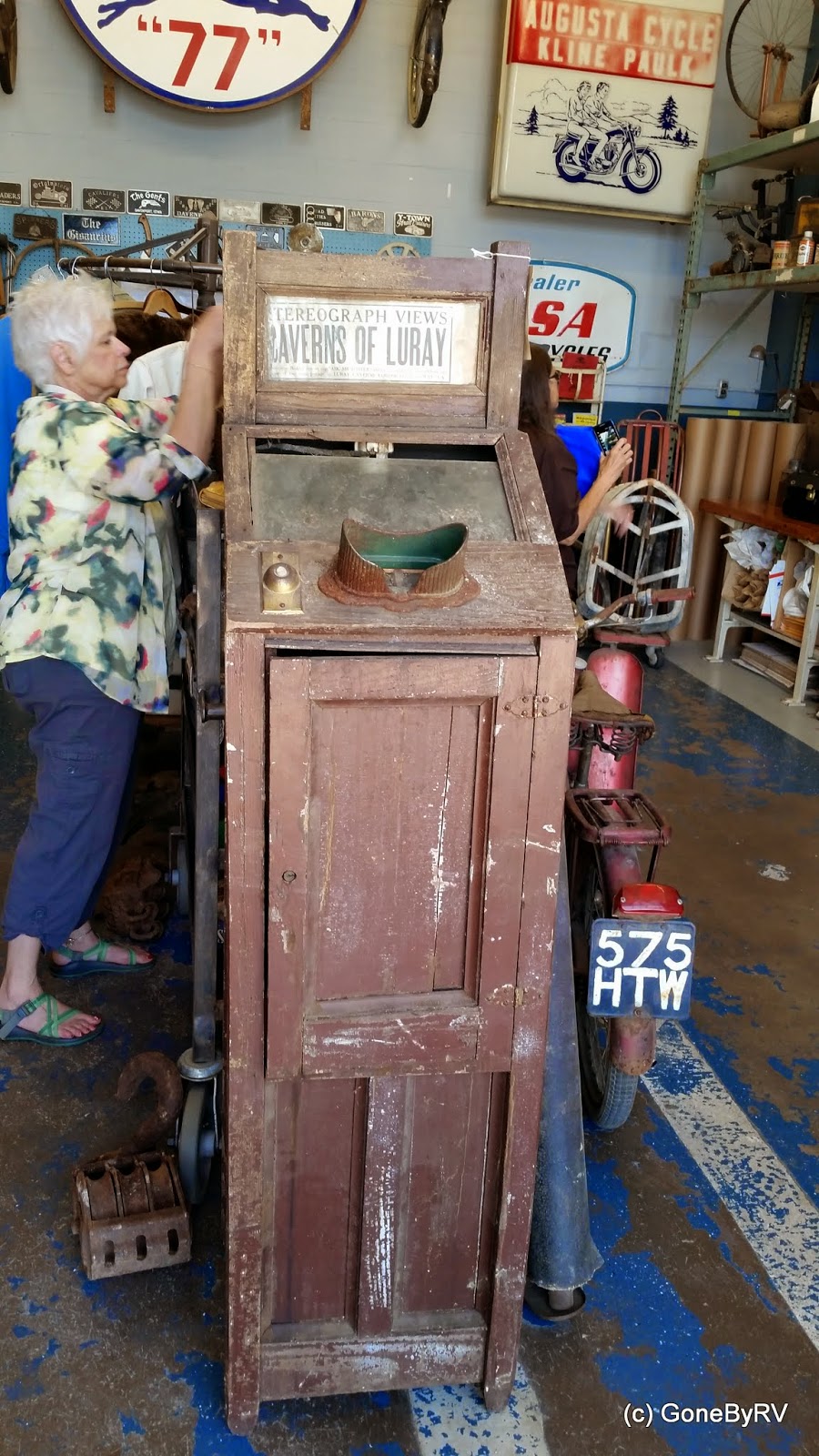 Here's an item "picked" from the Luray, VA area. 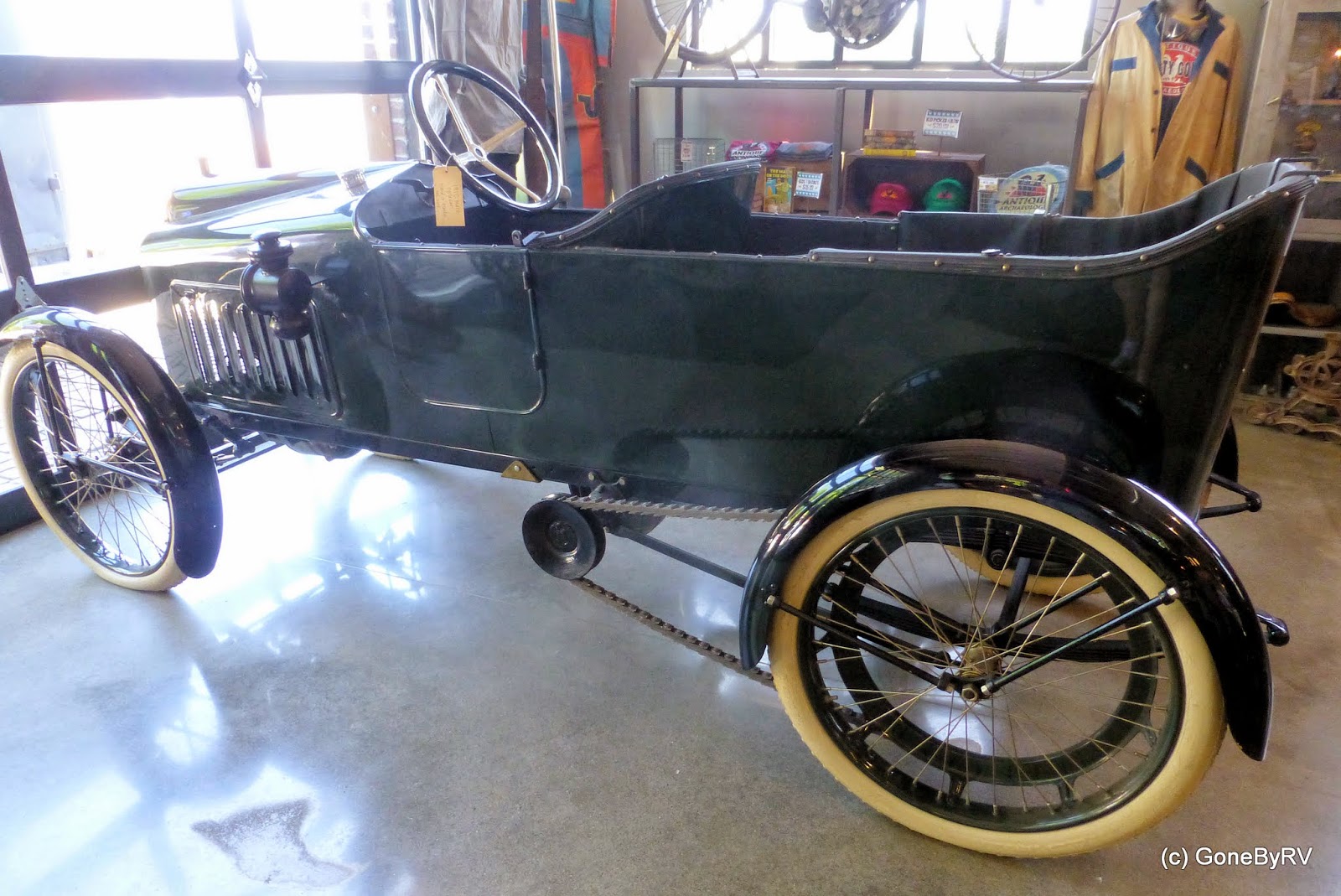 This is a pretty rare Merz Cycle Car which was featured on one of the episodes.  Pretty nice condition for this one, but usually the pair pick up some pretty rough items. 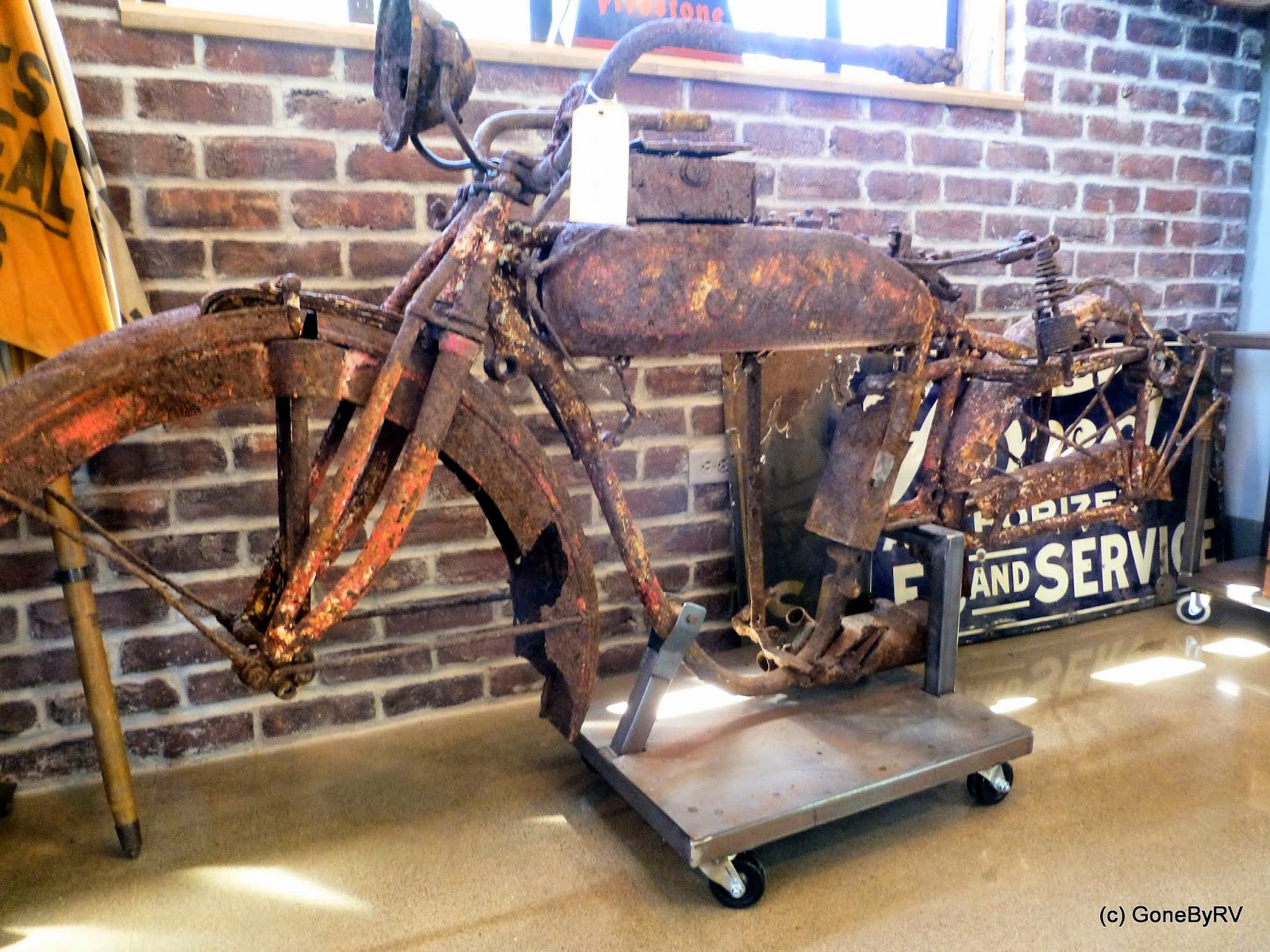 This was the frame of an old Indian motorcycle which was dug up in a woman's back yard.  The story was that a gentleman's grandfather had buried it years ago (for some reason).  During that episode it looked as though the story was a tall tale until they finally located it buried several feet underground. I think this one was too far gone to hope to restore. 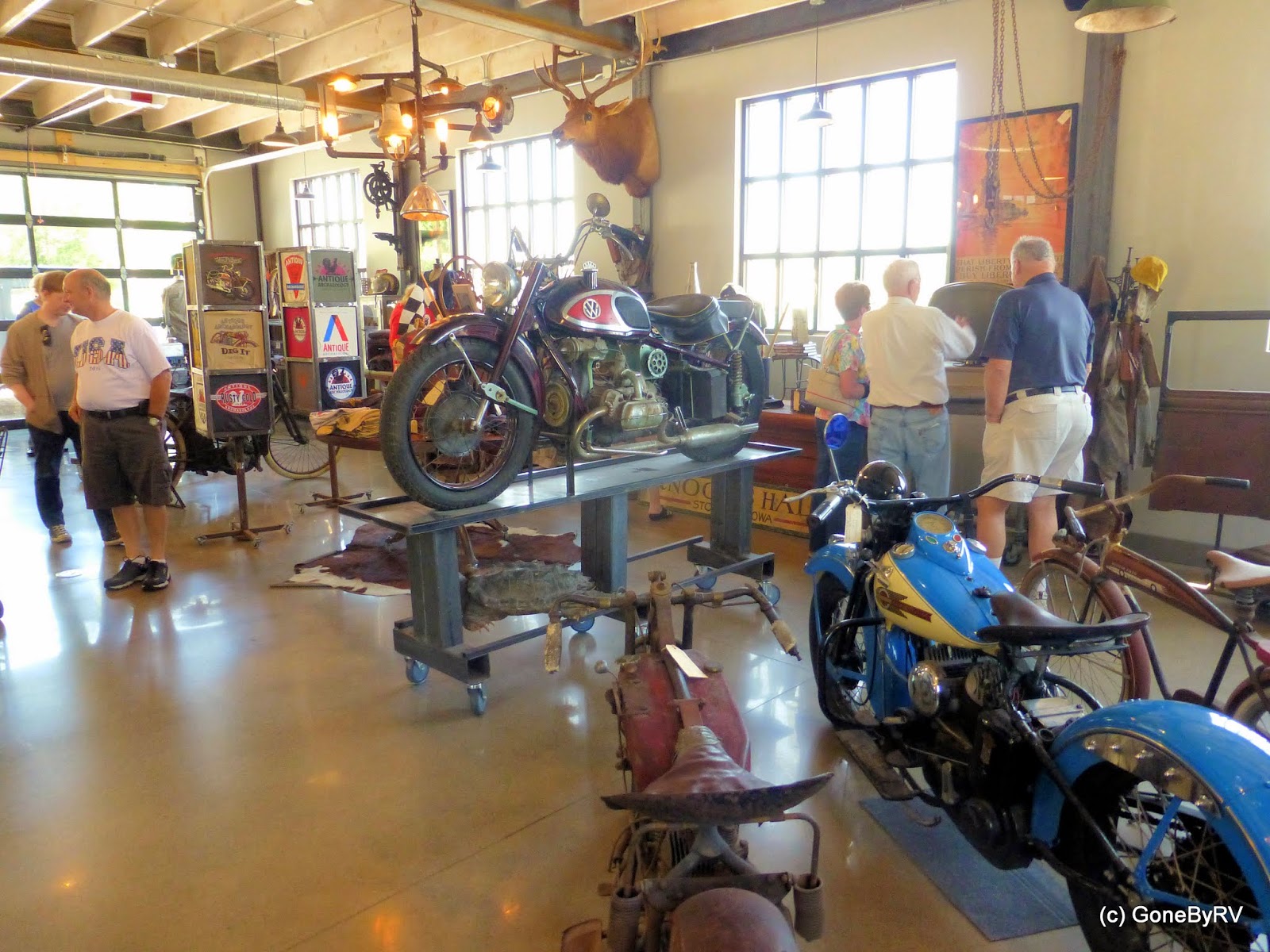 This new building was recently completed and holds quite an eclectic group of items.  Of course, there's also a small retail area to sell Antique Archaeology goodies, but no where nearly as blatant as our tour of the Duck Dynasty building in Monroe, LA.

All in all, I would recommend a visit to the Antique Archaeology shop if you're in the area of Le Claire, IA.  More on some attractions in this area in tomorrow's blog. 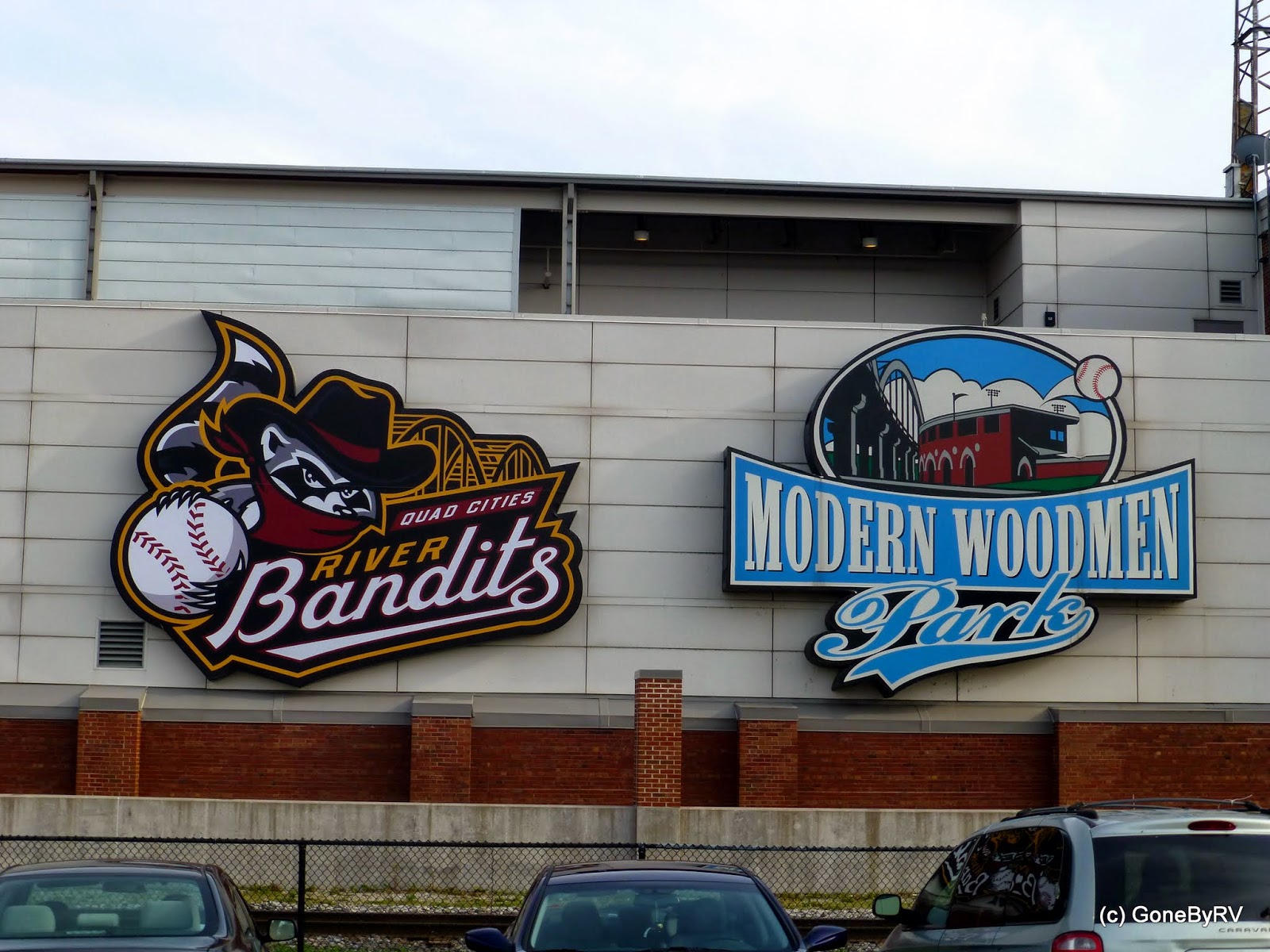 Ok, if you've read our blog for any length of time you know that we try and attend a minor league baseball game when we're in towns with a team.  On Monday night we traveled just across the river to Modern Woodmen Stadium home of the Class A Quad City River Bandits. 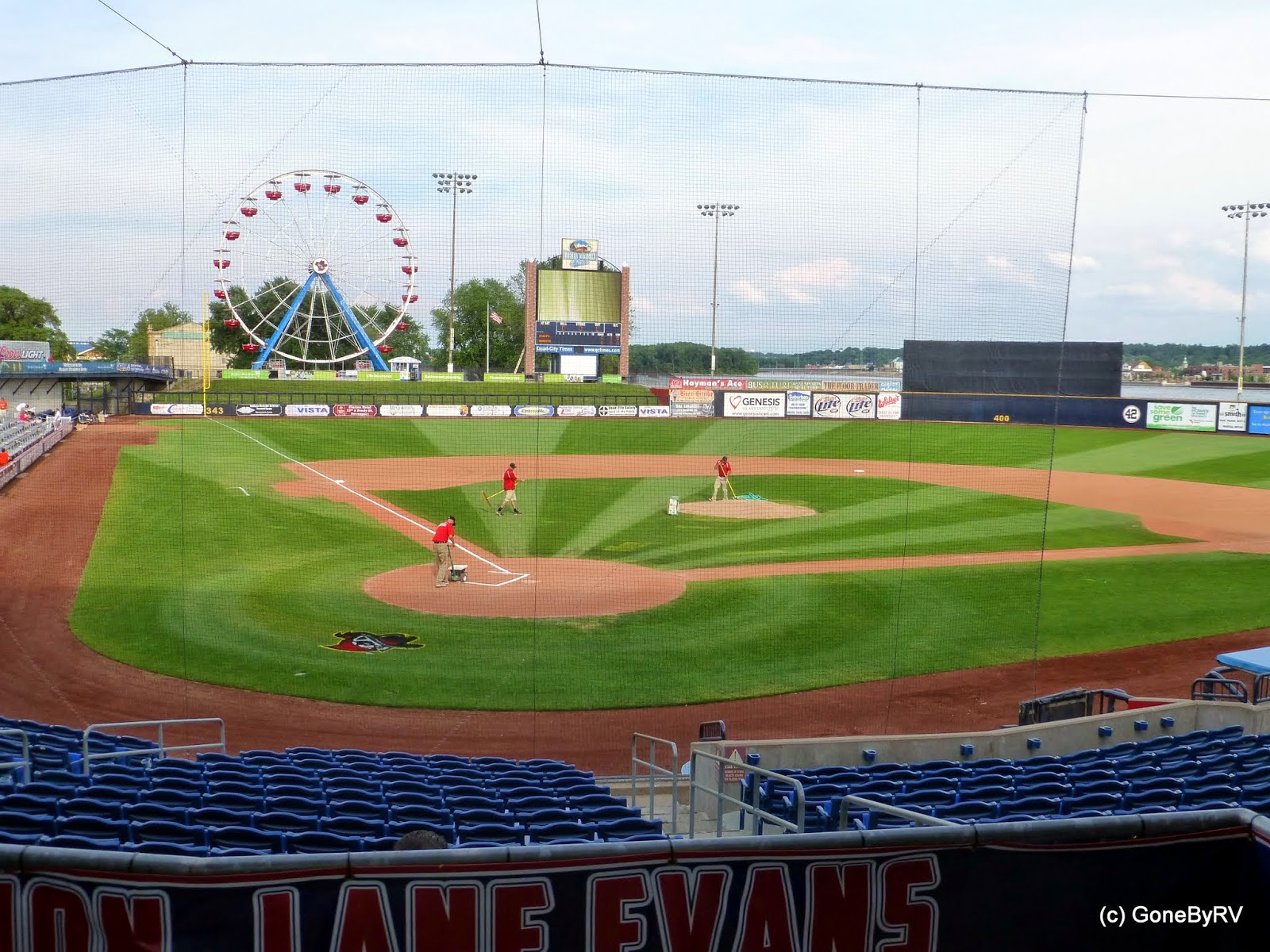 This is one of the oldest stadiums in the minor league system, but due to several renovations, watching a game here is very enjoyable. 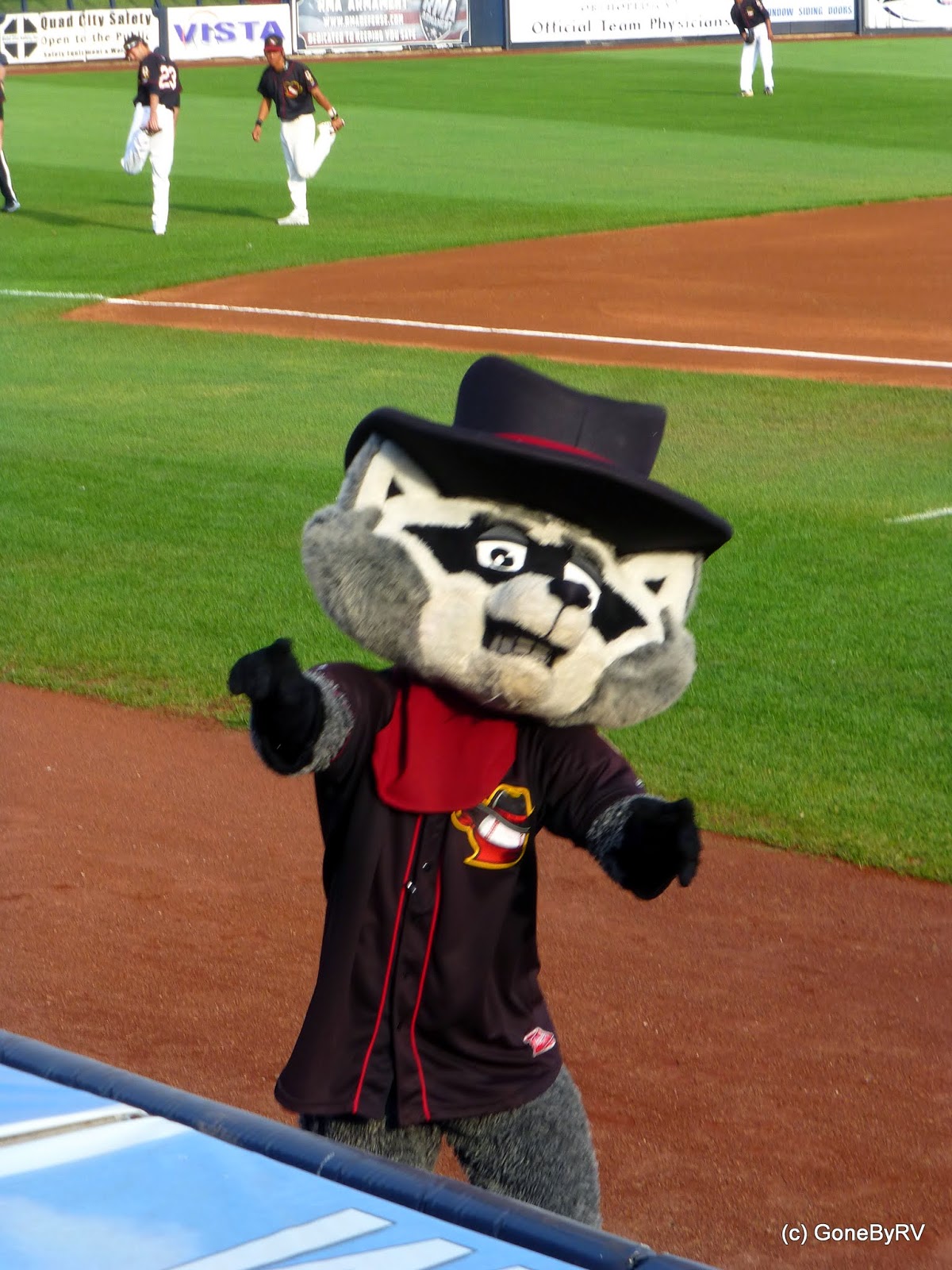 Of course, every team has to have a mascot.  The Quad City River Bandits have "Rascal" as their mascot. 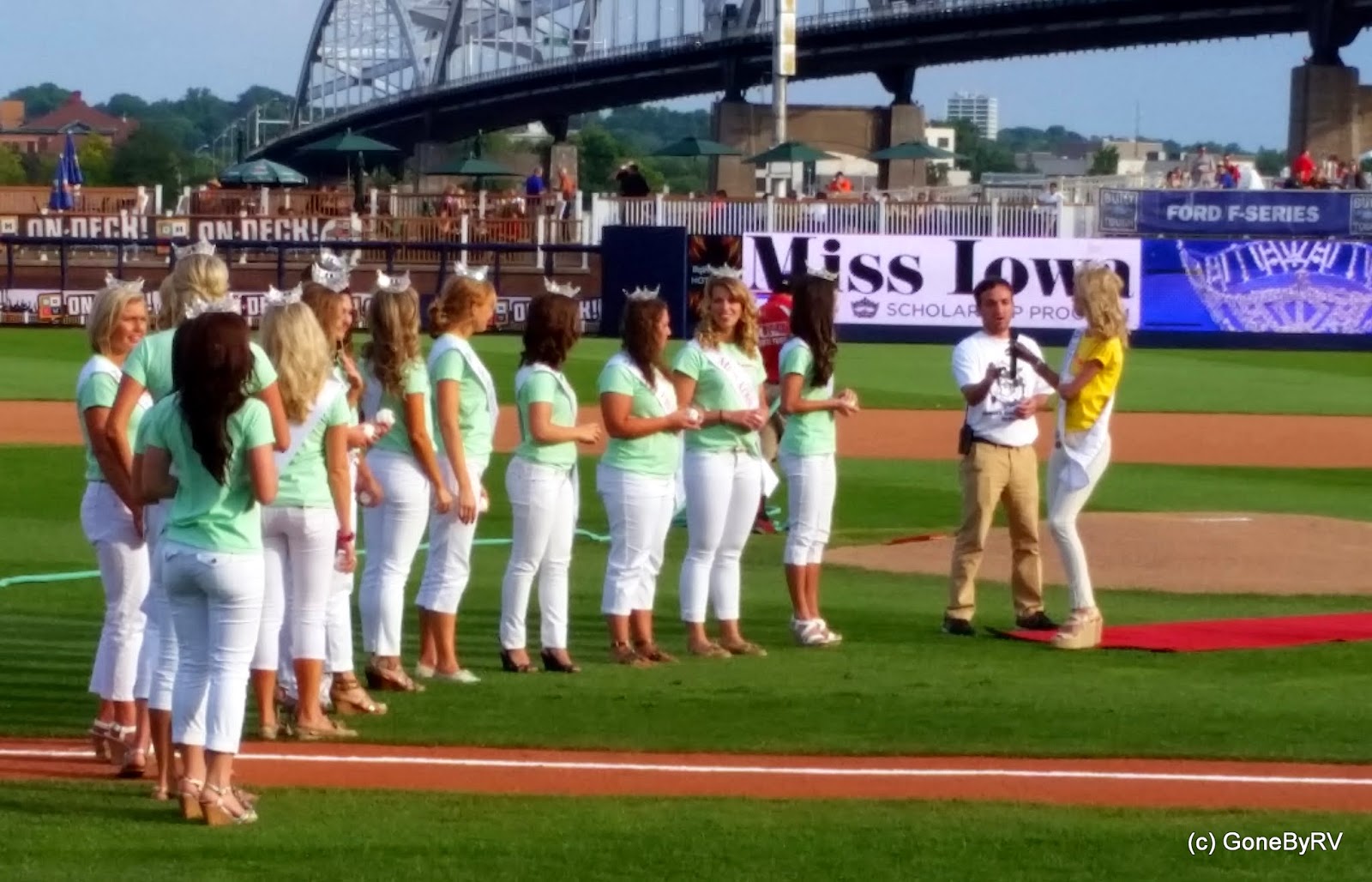 Minor league baseball always features "between innings" contests and this one was no exception.  At the beginning of the game, however, several hopeful Miss Iowa contestants were introduced to the crowd. 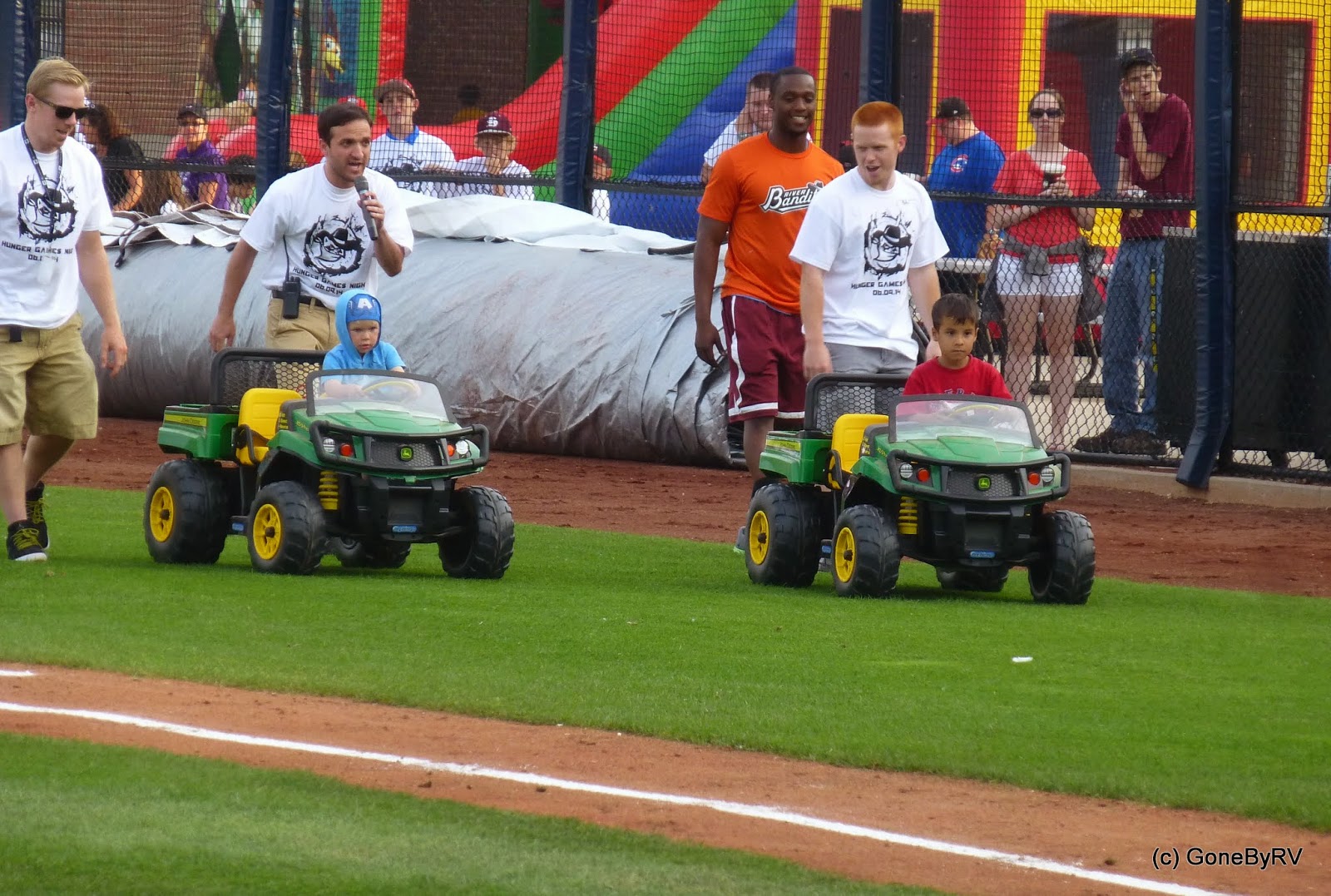 Almost forgot, one of the contests was a race between these two little guys in their John Deere quad runners. 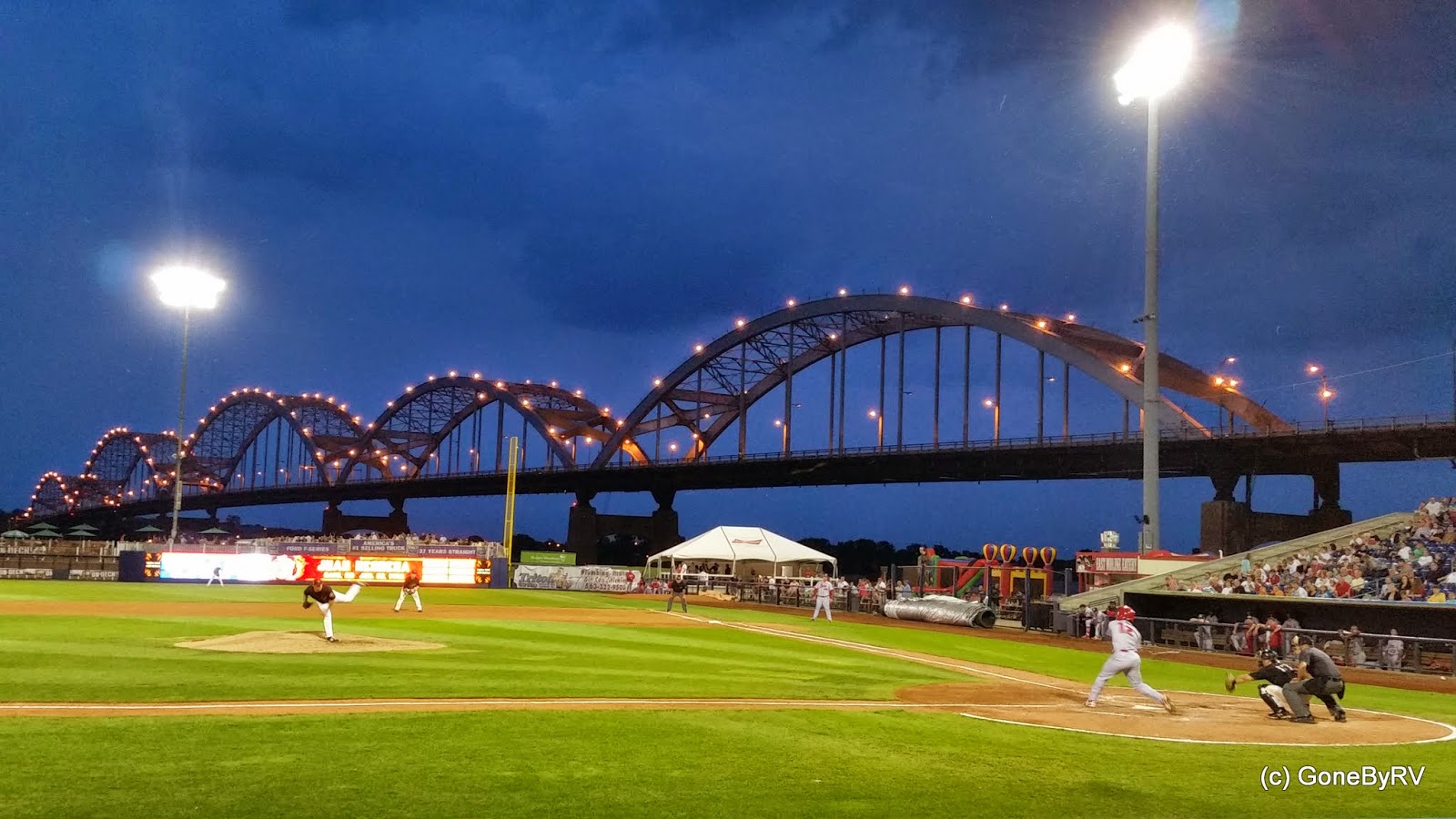 The home team lost 8-4 tonight, but the evening's weather was one of the nicest evenings we've had for a ballgame yet this year.  Also, the view is one of the prettiest I've seen in a park.

Thanks for stopping by to take a look!
Posted by Steve and Karen at 12:51 AM