In Search of Whales


Yesterday we ventured to the north in an attempt to see some whales in the waters near the shoreline.  According to local information, between 300 and 500 whales inhabit the waters from Cape Perpetua to Cascade Head. 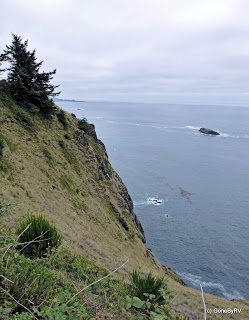 Heading north, an area named Cape Foulweather is set high up on the cliffs and would give us a good opportunity for spotting some of the whales. Captain James Cook named this area in 1778 after a day of particularly bad weather. Winds in this area can reach 100 MPH during storms. 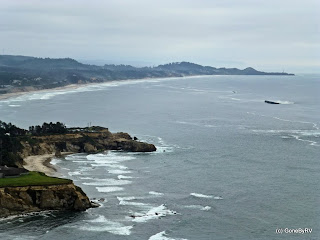 Here’s a view from the top looking toward the south. 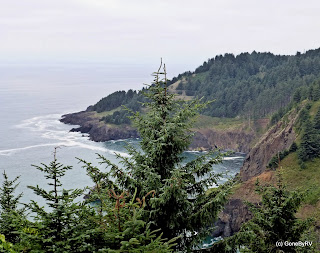 ……and a view looking toward the north. 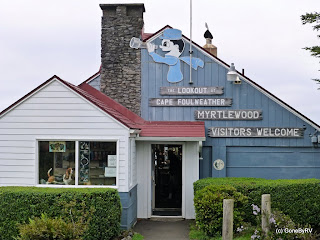 Of course, where there’s tourists (and potential customers), there would have to be a gift shop. We were strong, however, and didn't venture inside.  There were some very nice views of the ocean from here, however.

The next area heading north, also known as a prime  area which we might see some whales, was Depoe Bay. The town takes its’ name from William Charles Depoe, a Siletz Indian, who owned the land starting in the 1890’s. The land remained in that family until the 1920s when the heirs of Depoe sold the land to the town developer. 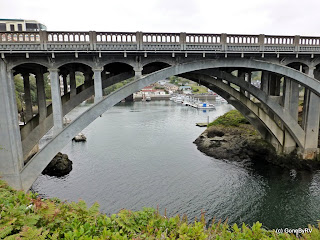 Today, about 1100 folks live in Depoe Bay on a full-time basis. The town claims to have the smallest navigable harbor. The harbor was most recently dredged in the 1950s. The town’s bridge was designed by the famous Oregon bridge engineer C.B. McCullough in 1927. The harbor is home to recreational boats and sports fishing charters. 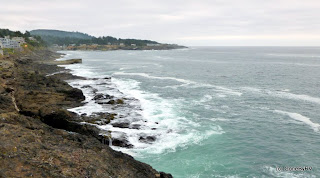 The shoreline is very rugged in this area.

Here’s a picture looking to the north.

There are several commercial companies in Depoe Bay which take tourists offshore on “whale watching tours”.  We might have to “resort” to taking one of their tours if we want to see some whales.  That’s ok with me as I like boats!

Thanks for stopping by to take a look!
Posted by Steve and Karen at 8:51 PM