Sunday September 15th was our 29th wedding anniversary. After the obligatory daytime football games on TV, we went out to dinner at a local seafood restaurant in Newport named Local Ocean Seafoods. 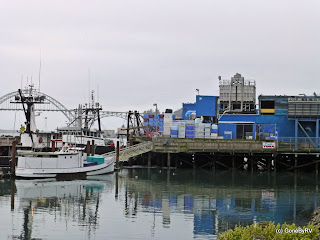 The restaurant is one of those places which doesn’t look like much on the outside, but has good and fresh seafood. It’s located right across the street from the docks where the commercial fishing fleet brings in their daily catches.

Even though it was Sunday evening and the weather was damp and very cloudy, the restaurant had a 30-45 minute wait time. This worked out well as we got an opportunity to walk up and down the boardwalk and view the harbor containing the fishing vessels, check out a few spots to purchase fresh tuna and salmon, and view (and hear) some of the local Sea Lion population.

Sea Lions on the rocks in Newport, OR 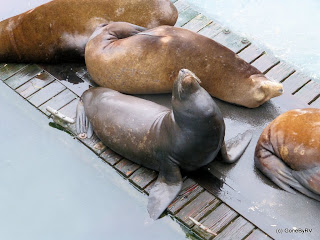 The ones in the video were hanging around on the “rock island” in the harbor, but these guys were on a water-level dock near the boardwalk. 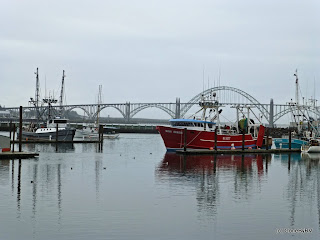 The Yaquina Bay bridge spans the entrance to the harbor just west of the bayfront area. 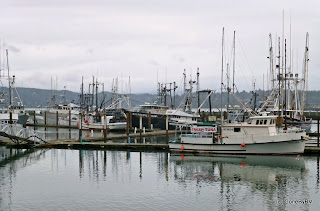 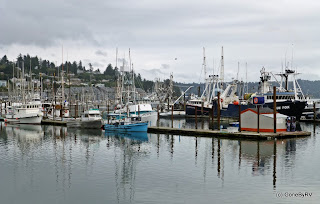 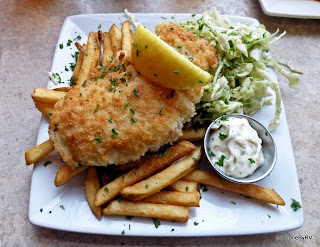 After a quick stroll along the waterfront, we received a call from the restaurant that our table was ready.  The place was packed. I had a traditional meal of “Fish and Chips”.  The fish part was the catch of the day and the chips part were freshly cut potato fries. The fennel coleslaw completed the meal.  All VERY GOOD. 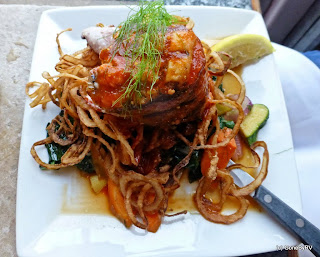 Karen selected tuna mignon with frizzled onions and pan-seared vegetables. The entrée consisted of fresh tuna wrapped in bacon. Karen is not really a seafood-eating type of person, but if we stay too long in some of these coastal locations, she might just be a convert. She advised that her meal also was EXCELLENT!

I will have to say that after 29 years of being married, the time together has not only passed by very quickly, but I think that we grow closer together as time passes.  Certainly for anyone contemplating the full-timing RV lifestyle, a pre-requisite should be that the two of you are “best friends” as well.

Thanks for stopping by to take a look!
Posted by Steve and Karen at 5:52 PM