The Animas Museum in Durango, CO

Posted from Questa, NM
(Click on Pics to Englarge)

For additional pictures not presented in this blog,  Click HERE.


Karen and I love to visit local museums, so on July 31st we traveled up to the east end of Durango, CO to visit the Animas Museum.  The cost was $5/person for us and the small, but very interesting museum featured many items relating to the early days of Durango and Animas. 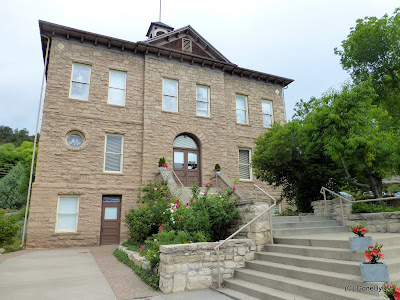 The museum is housed in the 1904 Animas City School building. This building served the students of Animas District #1 until it merged with the Durango District #9 in 1939. After that time it served as an elementary school until it finally closed in 1967. Once inside, visitors are given a nice brochure which allows you to tour the museum at your own pace. 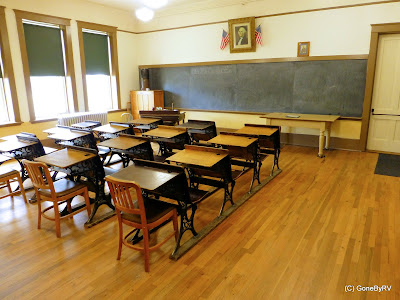 One of the original classrooms has been restored to an early 20th century classroom. A lot of visitors can relate to the historical items found in the classroom. 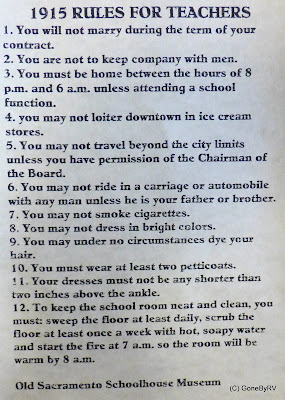 I thought one of the more interesting items was a list of "1915 Rules for Teachers". 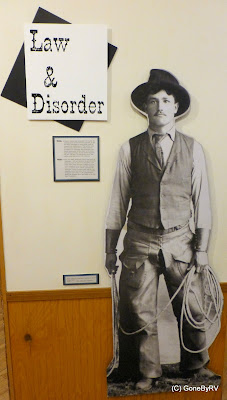 There is a large area devoted to early law and order in the area. 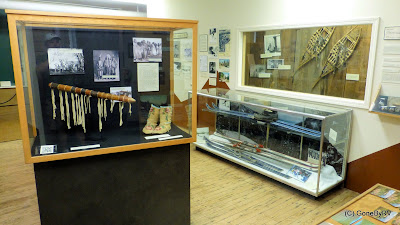 Also, many exhibits describe the early inhabitants of this part of Colorado. 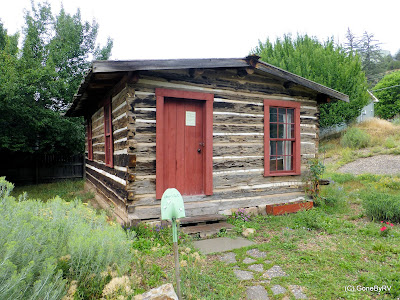 Just outside the museum rests the "Joy Cabin". This is the oldest surviving intact structure in Durango. It was originally constructed in the 1870's and was occupied by many families. 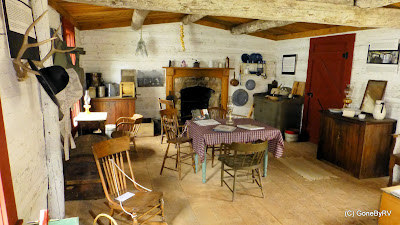 The structure was moved to its' present location on the grounds of the Animas Museum in 1988. The inside of the cabin is filled with artifacts which give the visitor a glimpse into the life of early residents in this part of the country.

The Animas Museum is worth an hour or so of your time. The staff was very friendly and willing to answer any questions you might have.