The Alabama State Capitol in Montgomery

Not all of our time in Montgomery, AL was spent on getting rabies shots.  We also managed to visit some of the sights.  This is our third visit to Montgomery, but the first time we've had a chance to visit the state capitol building downtown. 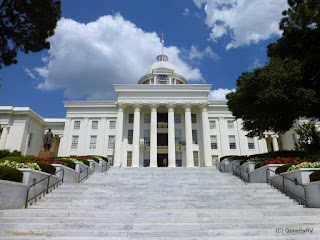 The Alabama Territory was admitted into the Union in 1819.  The capitol was first in Huntsville, then Tuscaloosa, before being permanently moved to Montgomery in 1846. The building was constructed between 1846-1847, but burned in 1849. From 1850-1851 the present-day building was finished in the Greek Revival Style of architecture. Several wings have been added through the years as the need for the legislative bodies grew in size. 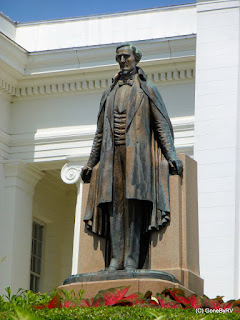 
In March of 1965 the steps of the Capitol served as the ending point for the Selma to Montgomery civil rights march led by Dr. Martin Luther King.

We enjoy taking tours of state capitols, but there was no tour available here unless you were part of a group of 15 or more.  We picked up a brochure from the Alabama State Trooper stationed at the entrance and set out on our own. 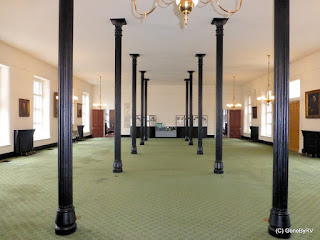 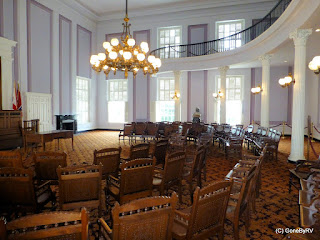 The old House Chamber is located on the 2nd floor and has been restored to its' 1870-1890 appearance. 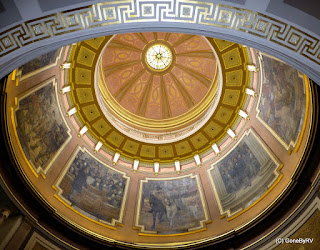 The Rotunda begins on the 2nd floor, as well, as is positioned between the old House and Senate Chambers.  It has been restored to look as it did in the 1930s. 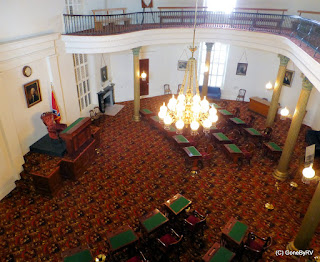 The Senate Chamber was used from 1851 to 1985, but has been restored to its' 1861 appearance.  This is the room in which the CSA was established and Jefferson Davis was elected as President.

I will have to admit that the Alabama Capitol Building was not nearly as "impressive" as some of the state capitols we've visited, but the historical events surrounding this area certainly make for an interesting visit nonetheless. 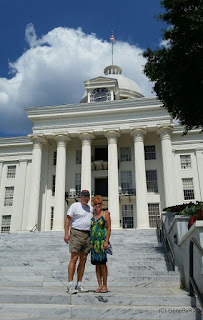 If interested, there are many more pictures not displayed in this blog in our Google+ Web Album.