Posted from Boise, ID    (Click on Pics to Enlarge)

Looking thru the local newspaper, we saw that Boise has an annual balloon festival named The Spirit of Boise each year. This year's event stretches from August 27-31.  The festival first began in 1991 and has been held annually.  Different events are scheduled each day, but we decided to attend the "Night Glow" on Friday. 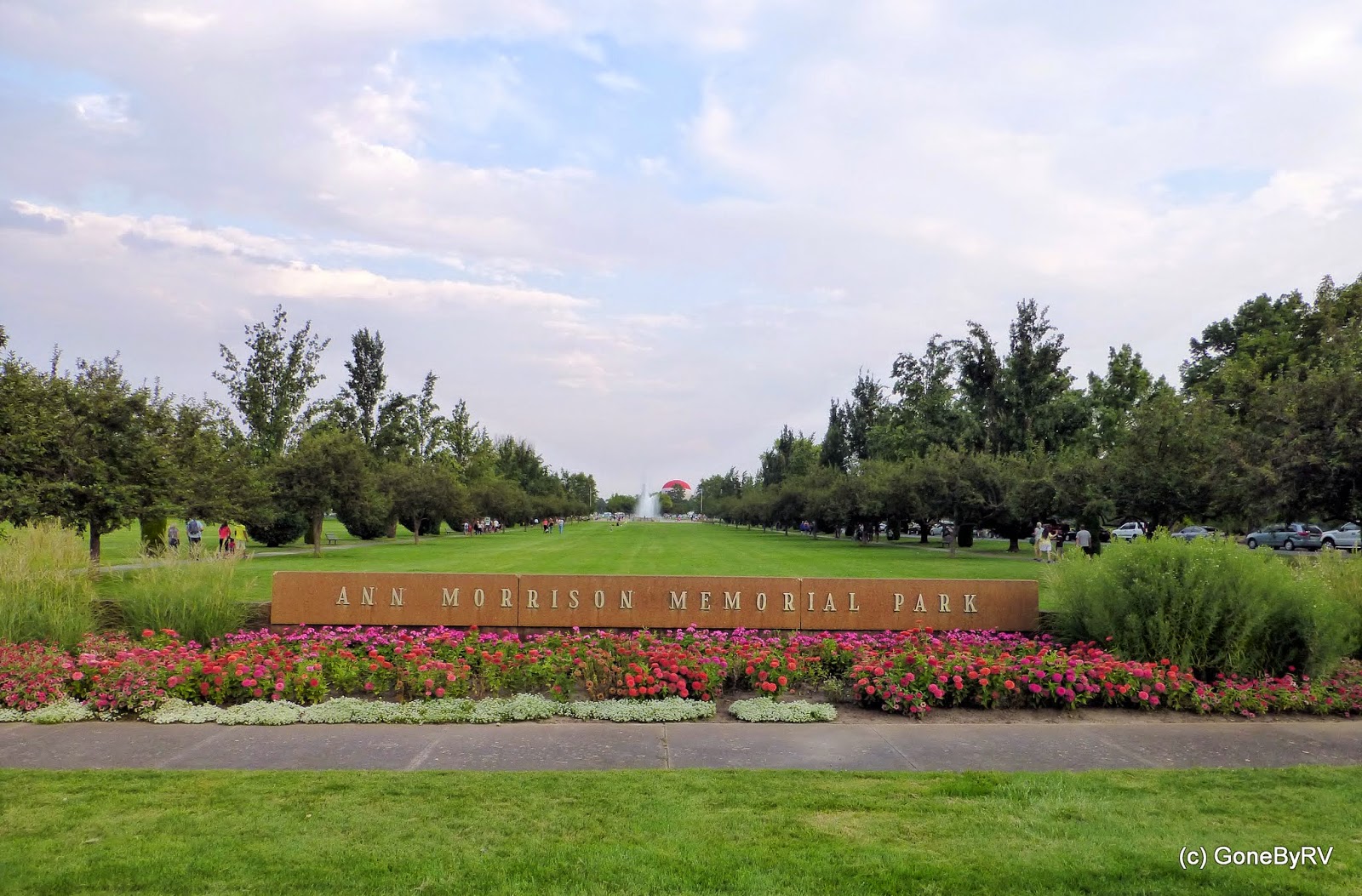 Not being very knowledgeable about ballooning we found that the festival is held each year in Ann Morrison Memorial Park. 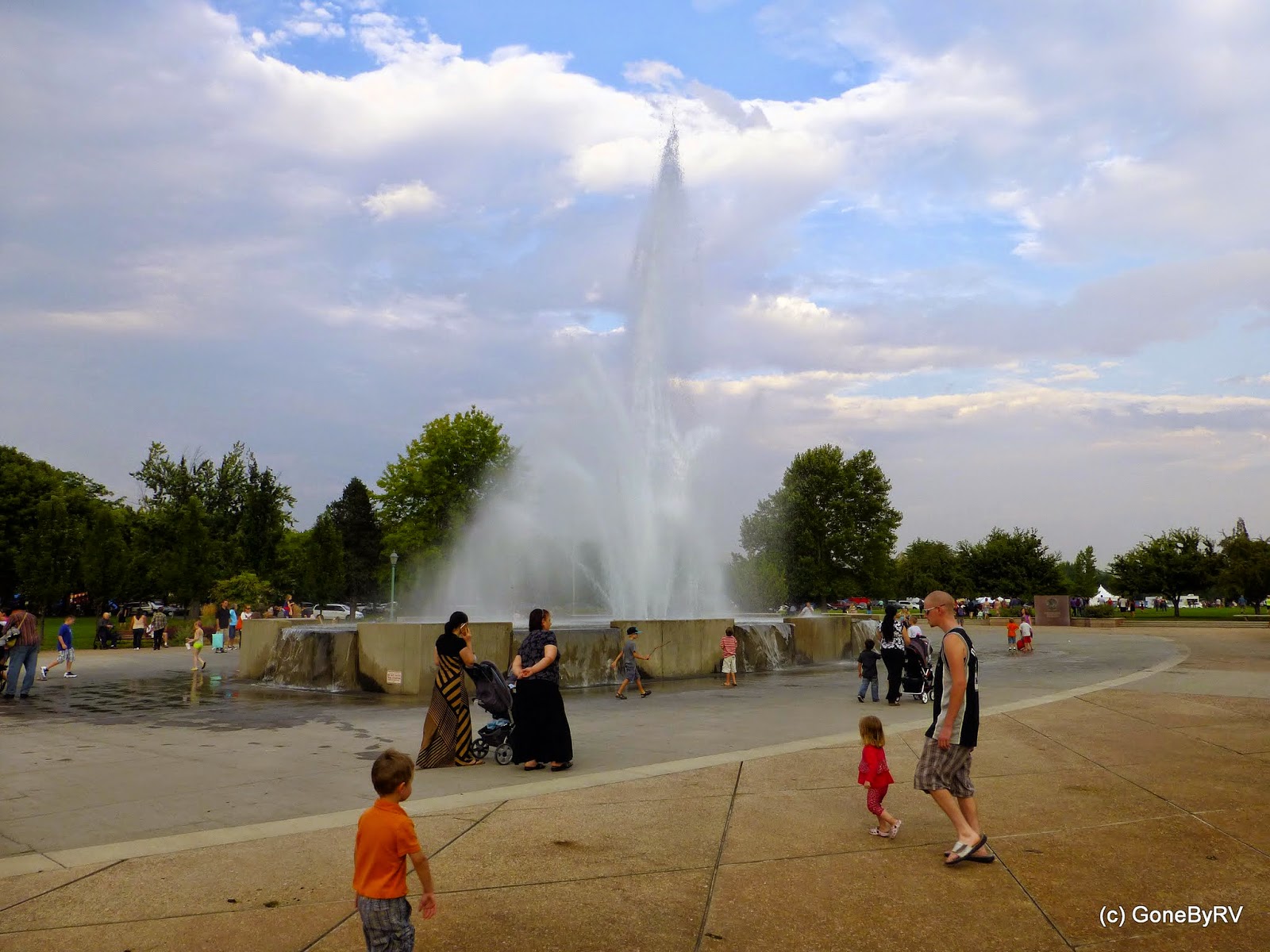 A "Night Glow" is held at sunset when a number of balloons are all inflated at the same time and the glow from the burners cause a spectacular light show for the crowd.  This is very much a family-oriented event in the Boise area.  Attendance was very good. 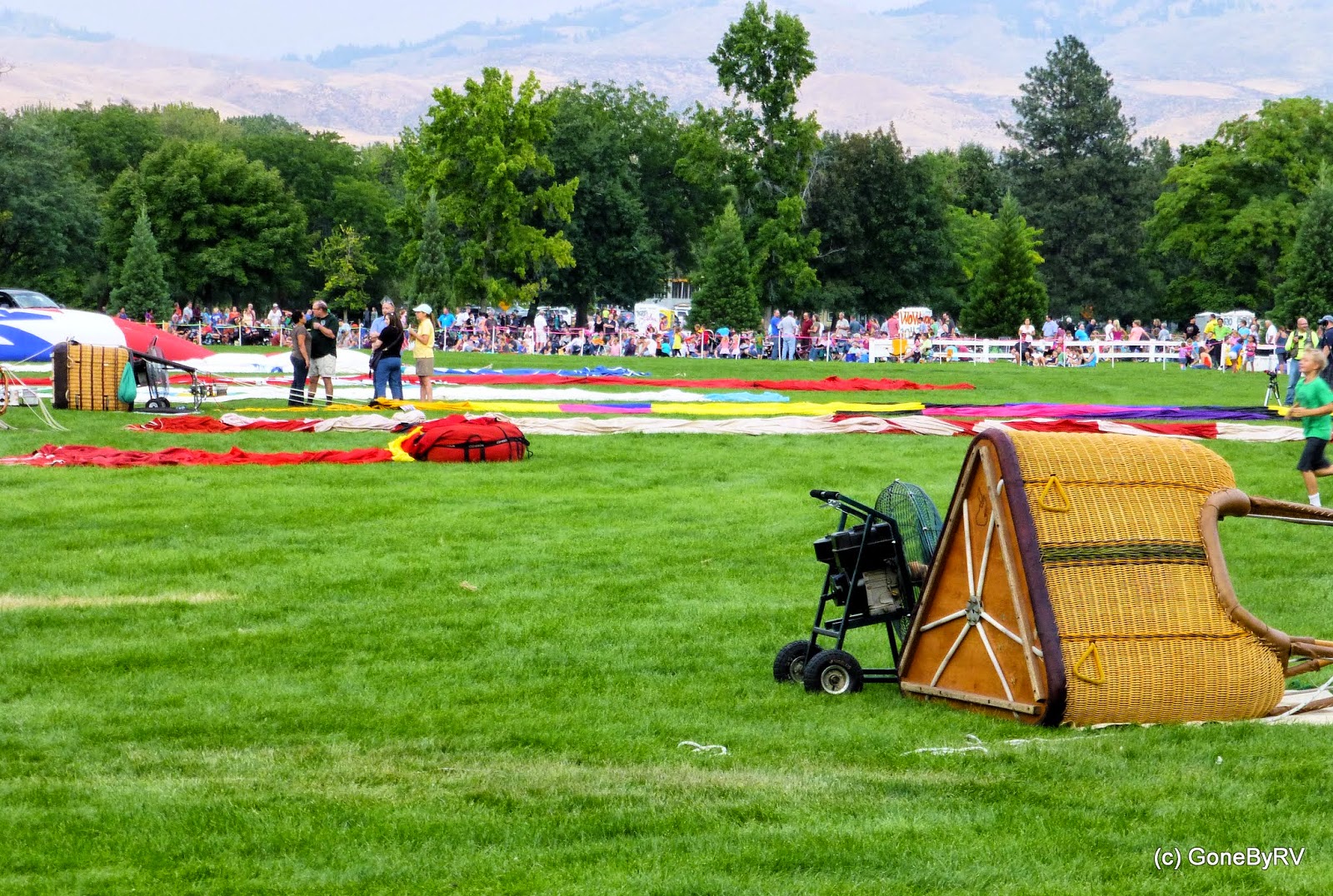 Just before sunset the participating balloons were neatly laid out and spaced along the grounds. 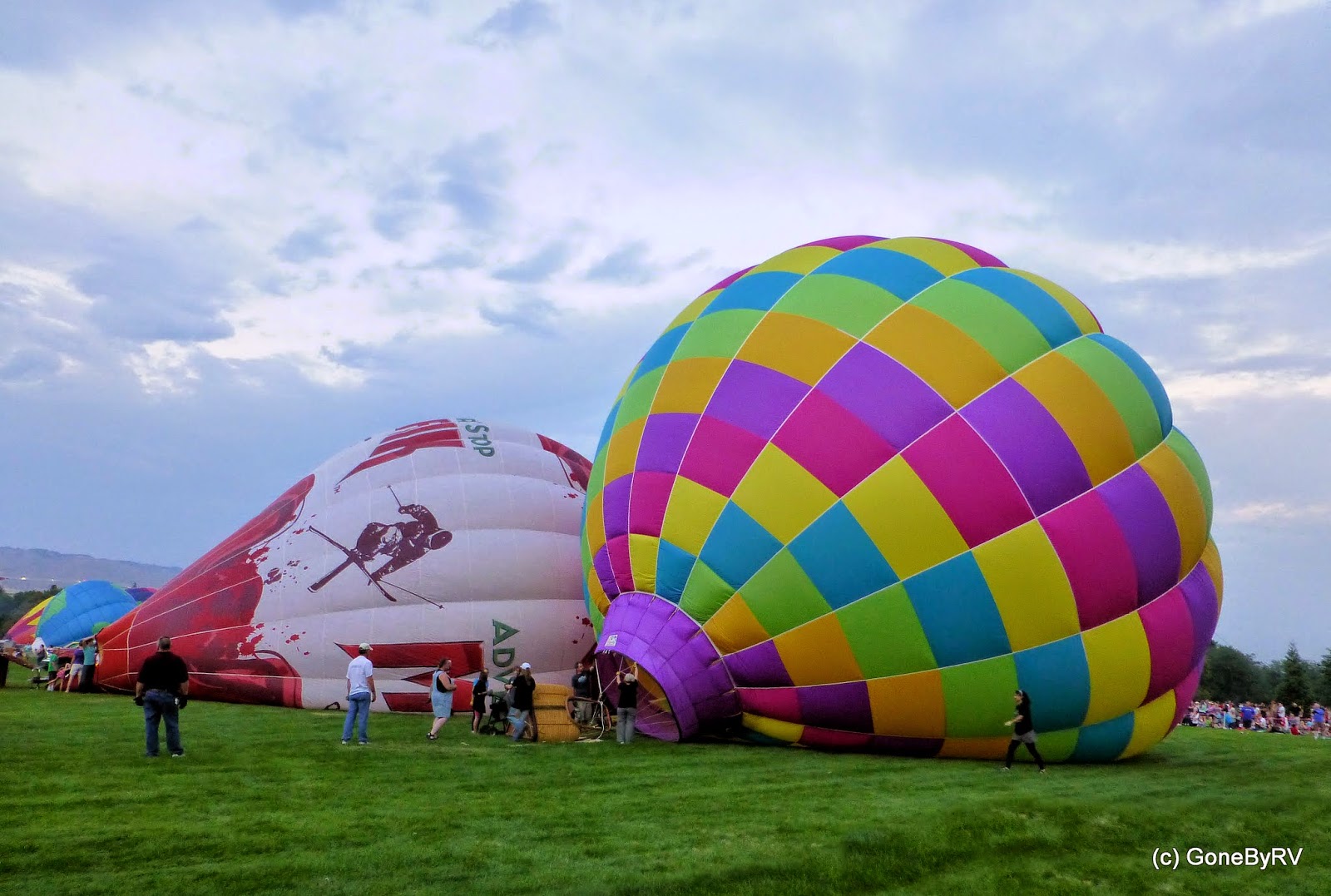 At the signal by the starter, the crews began inflating the balloons. 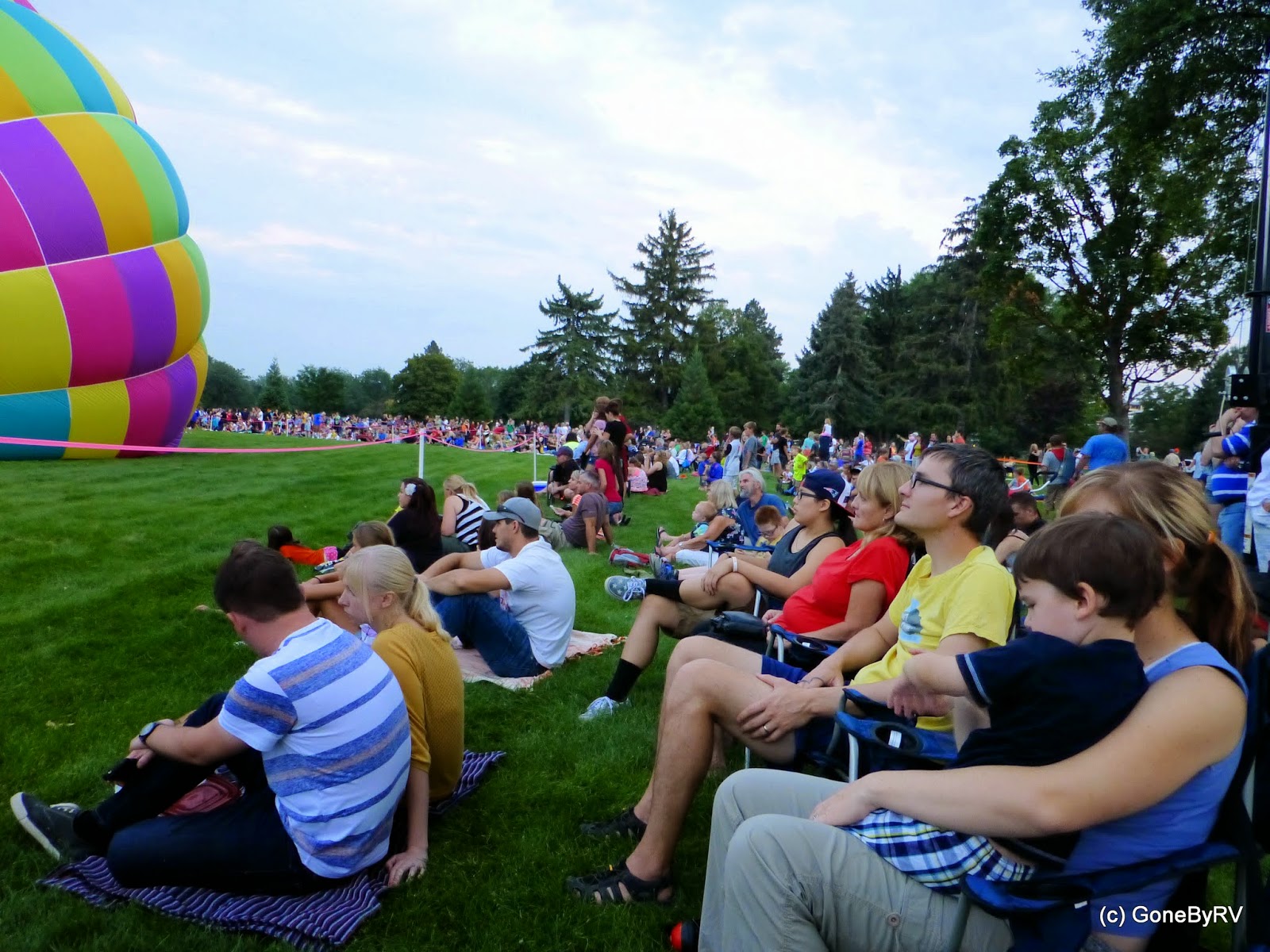 The crowd was anxious for the sun to set and for the balloons to begin firing up their burners. 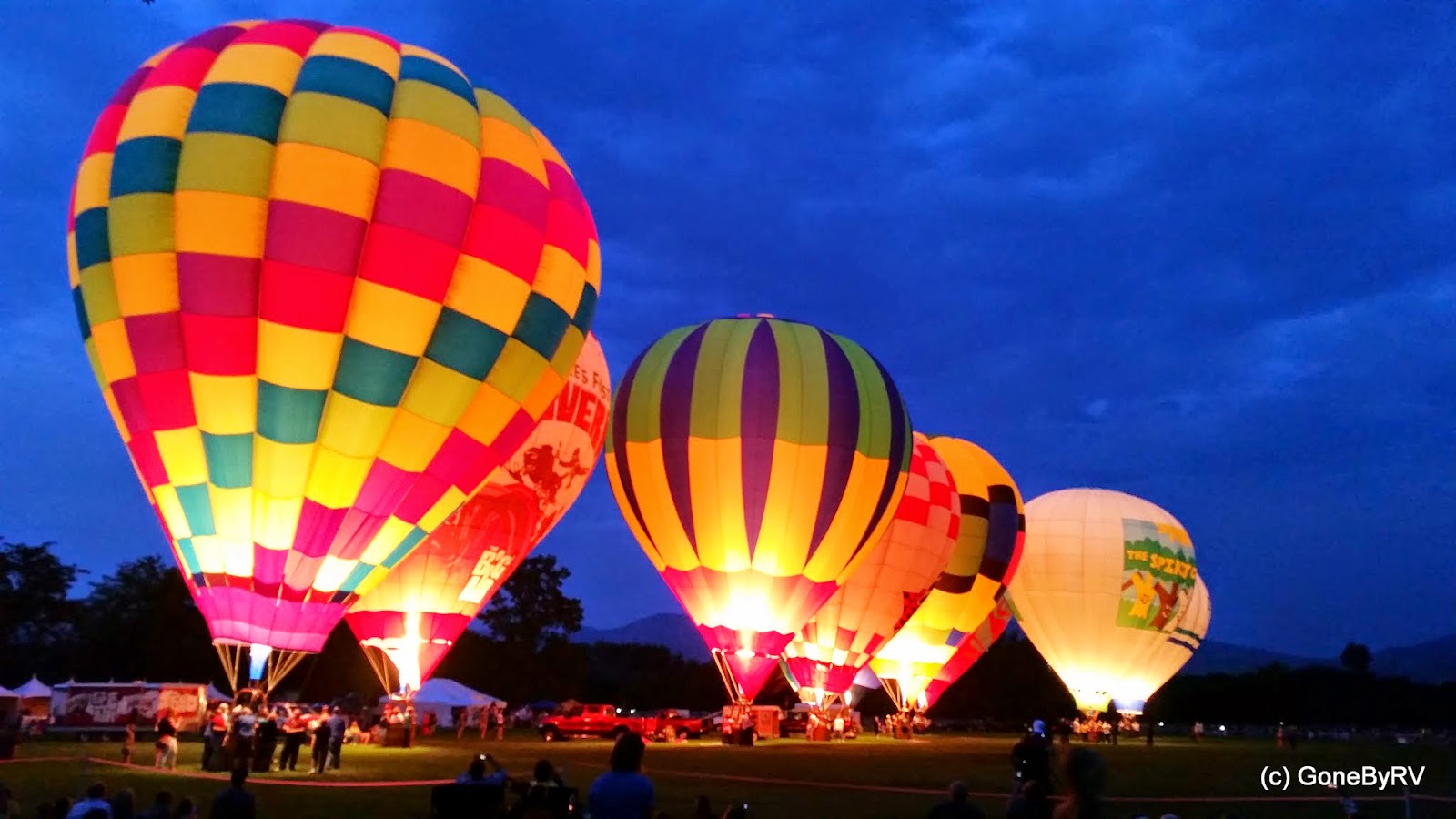 Soon the balloons were fully inflated and the burners firing.

Video Best Viewed In Full Screen and Set to 1080p

Thanks for stopping by to take a look!
Posted by Steve and Karen at 12:42 AM