Posted from Corum, MT   (Click on Pics to Enlarge) 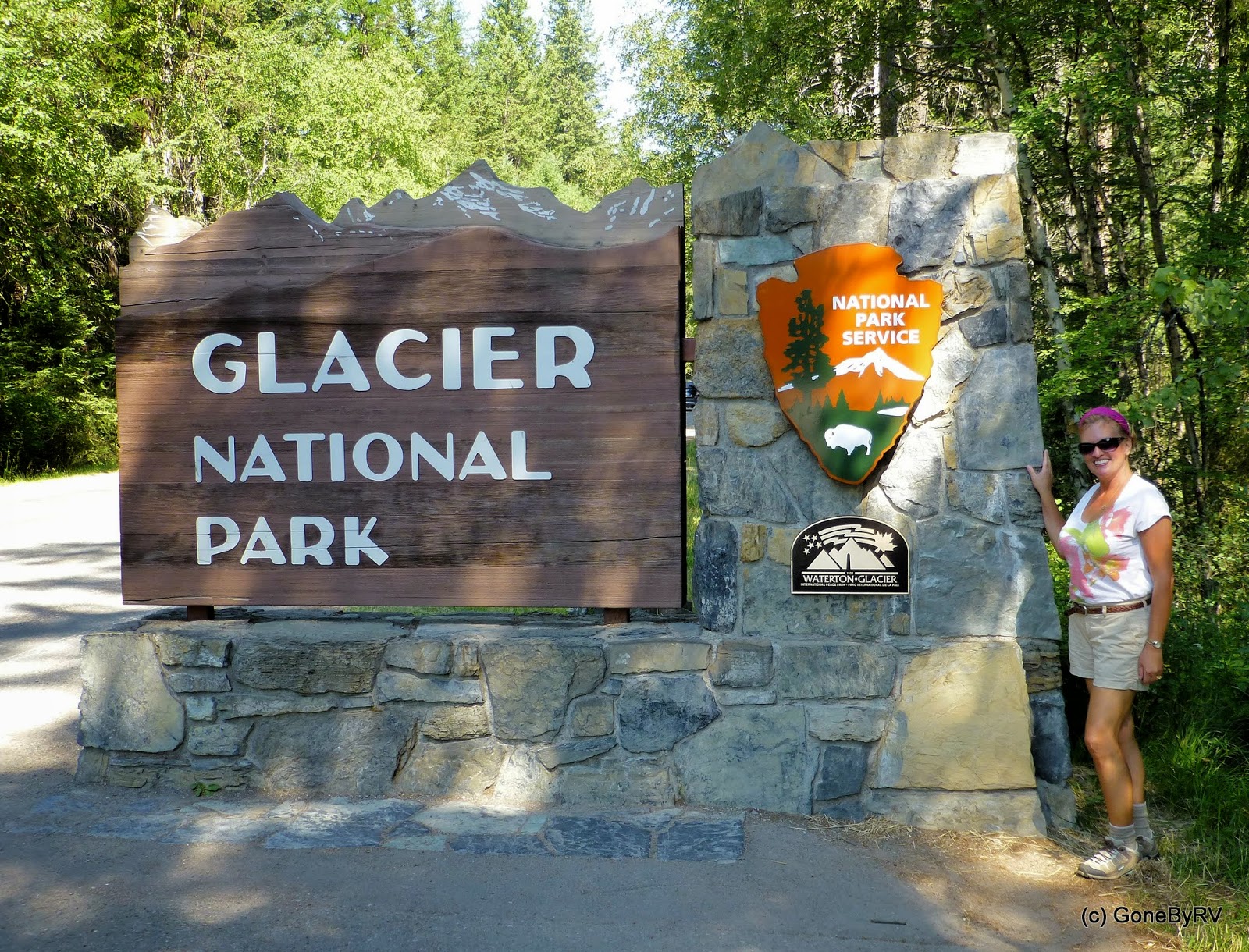 As nice as Theodore Roosevelt NP was, we were truly looking forward to our next stop at Glacier National Park in northwest Montana.  We overnighted in a Walmart in Havre, MT on the way here and are now staying for the next couple of weeks in Coram, MT at Sundance Campground & RV Park.  We are only about 5 miles from West Glacier, the western side entrance to Glacier National Park. 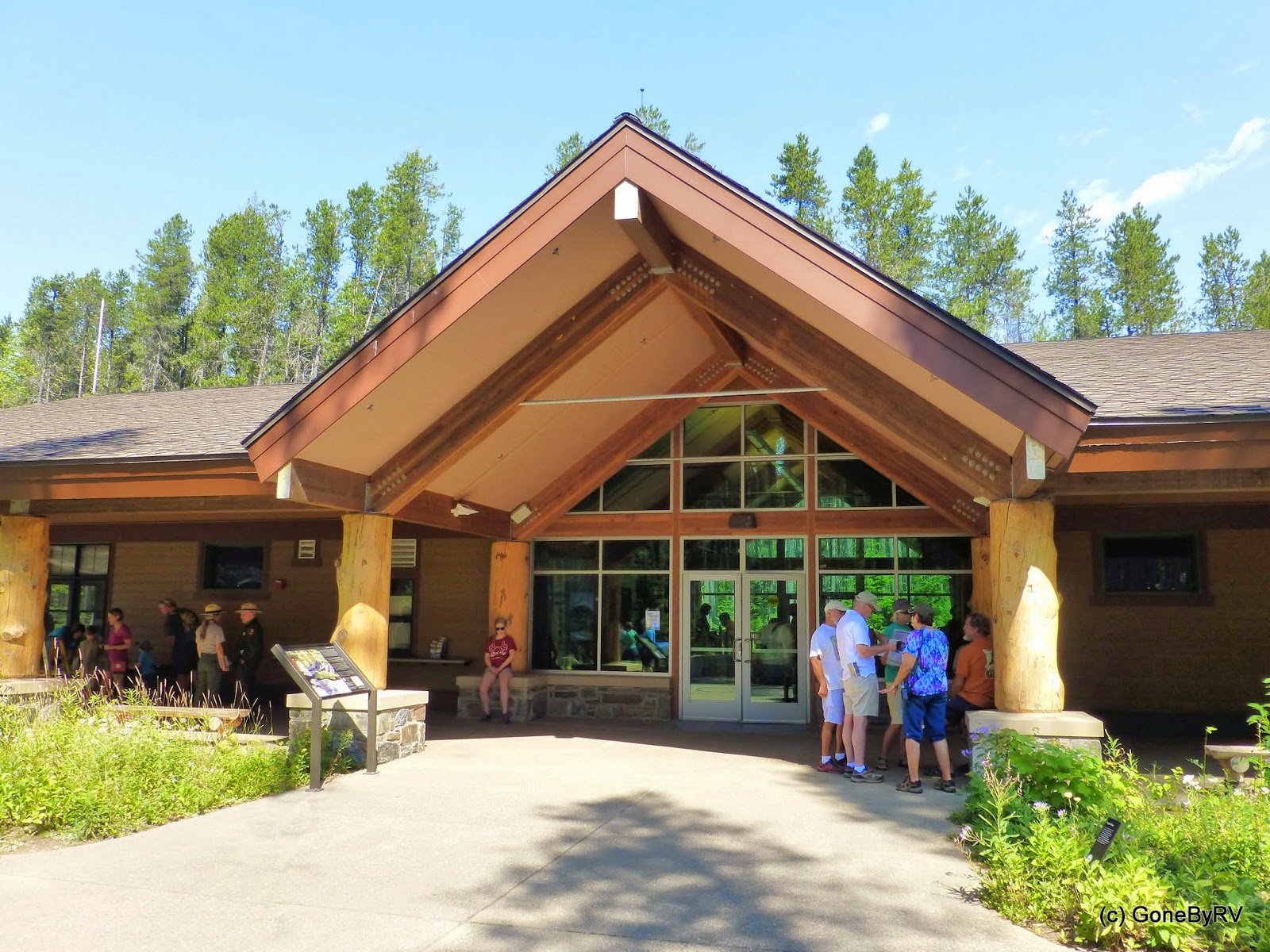 We settled in for a couple of days then decided to go to the nearest NP visitor center to orient ourselves to the park and make a plan for exploring.  Apgar Visitor Center is just inside the western entrance to the park and is relatively new.  There is plenty of parking for both cars and RVs in their lot. 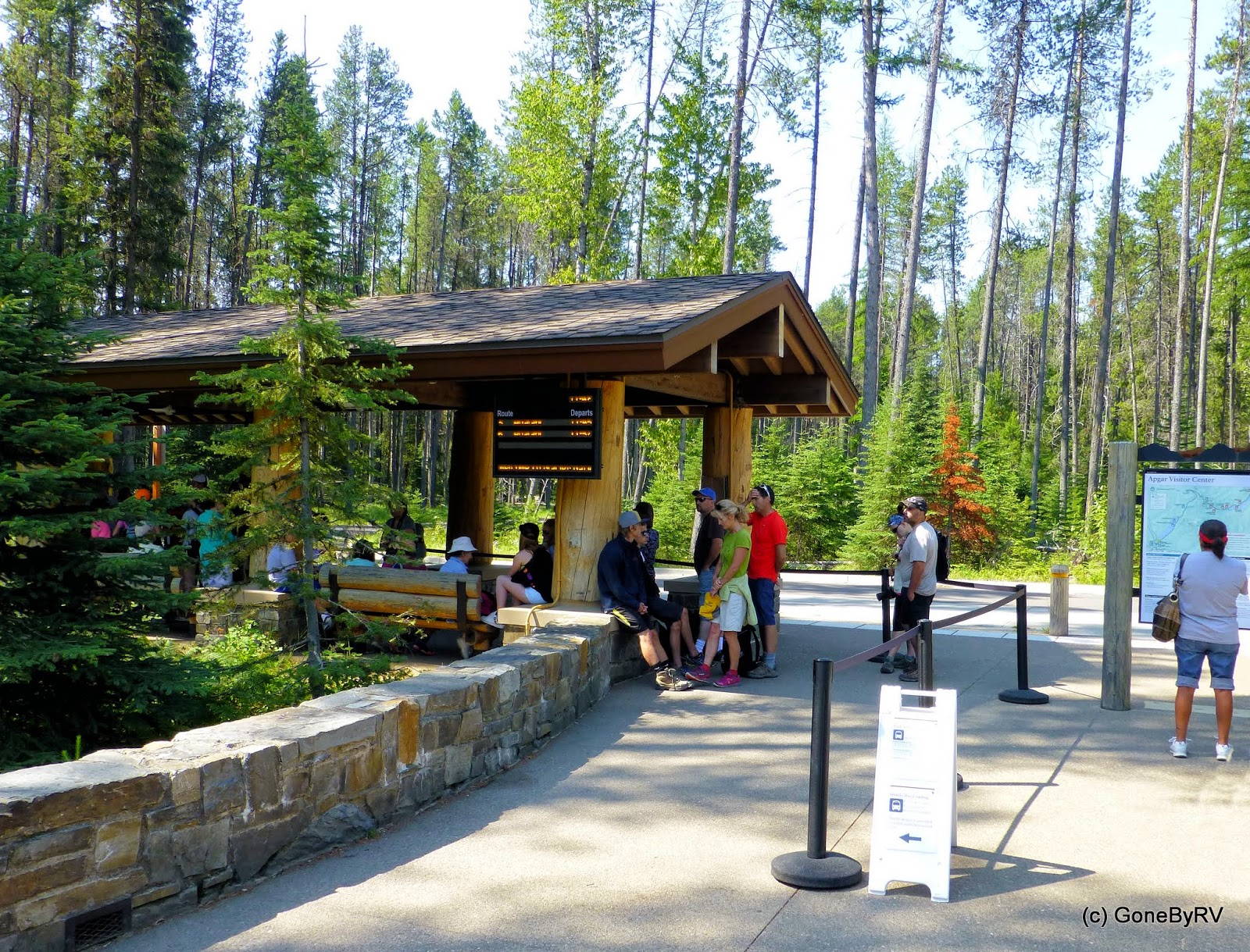 One nice feature we discovered is that they run a free (once you've entered the park) transit system in an attempt to lessen the number of individual vehicles going up the Going to the Sun Road (main road thru the park).  We discovered that they have express shuttles which head directly from the Apgar Visitor Center to Logan's Pass, regular shuttles which make various stops along the Going to the Sun Road, and limited stop shuttles with transfer points all the way to Saint Mary, the eastern entrance to the park. 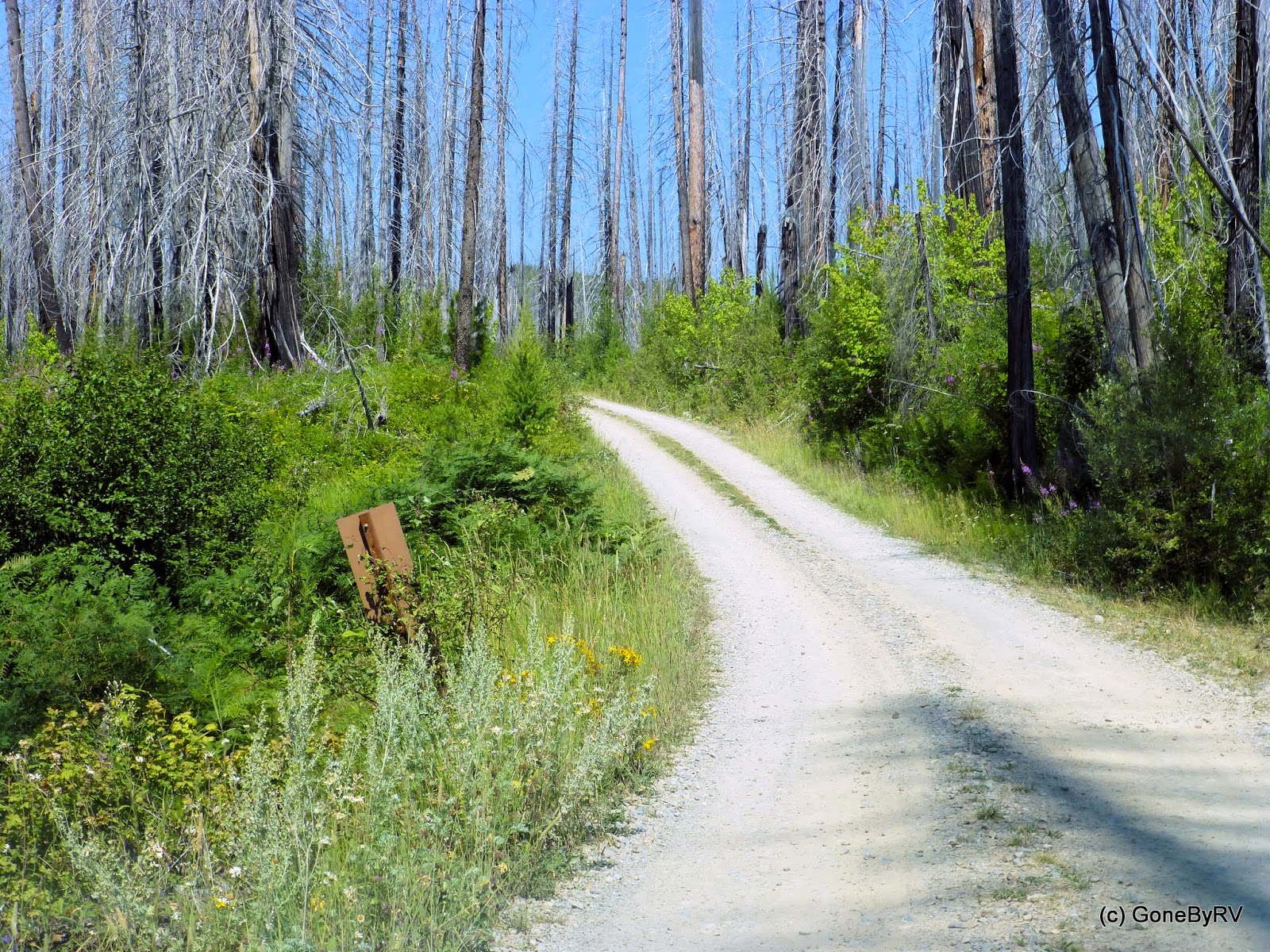 For our first hike, we wanted a relatively short one with easy access from the western entrance.  Well, we got half of that at least.  We chose a 3 1/2-mile hike to Howe Lake.  It looked easy to get to on the park map, but we found that the trailhead was 6 miles of dirt and gravel on a single lane road. 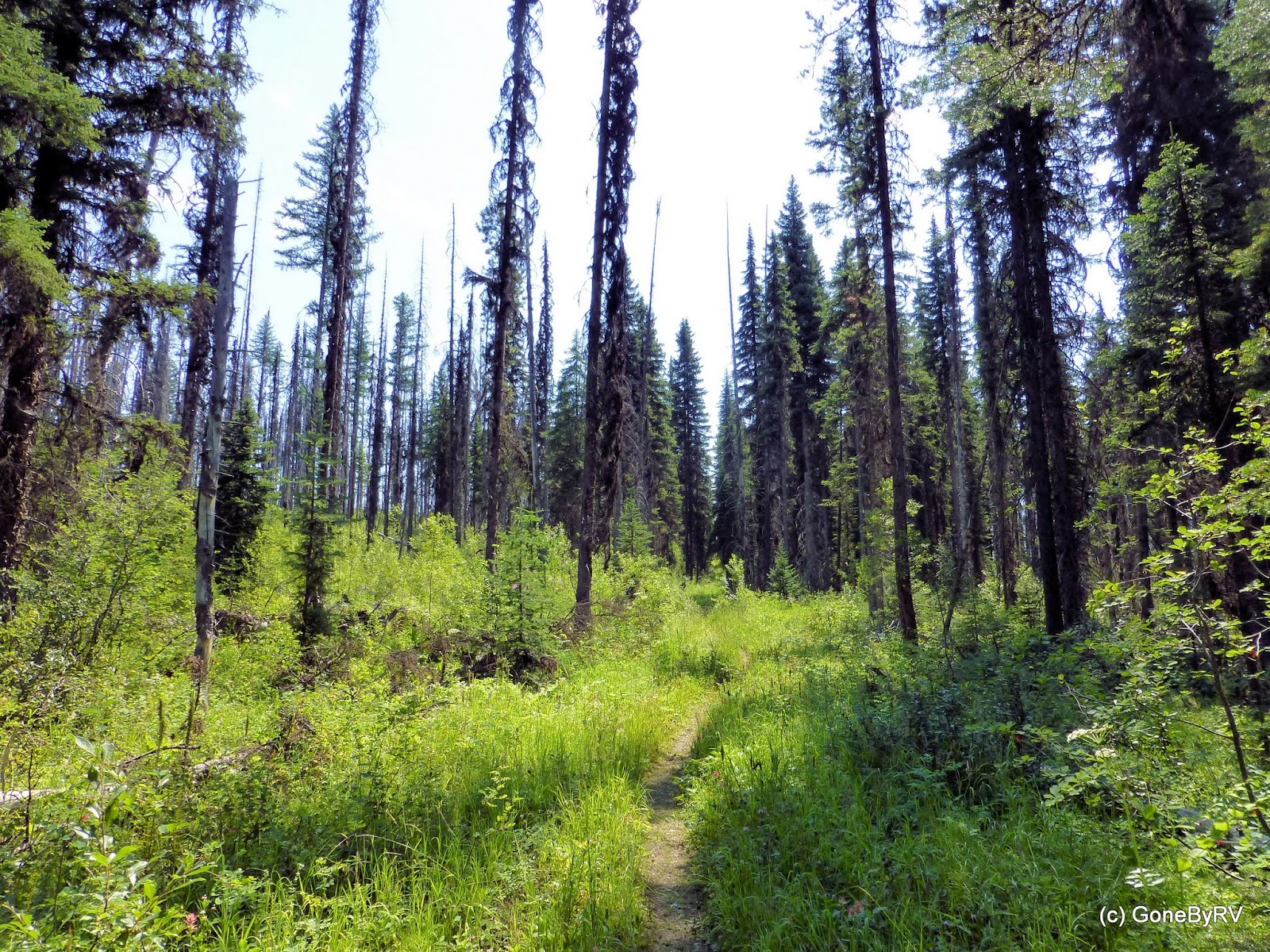 We made it ok in the Honda Fit (read low clearance vehicle) and started the hike on what appeared to be one of the less used trails. 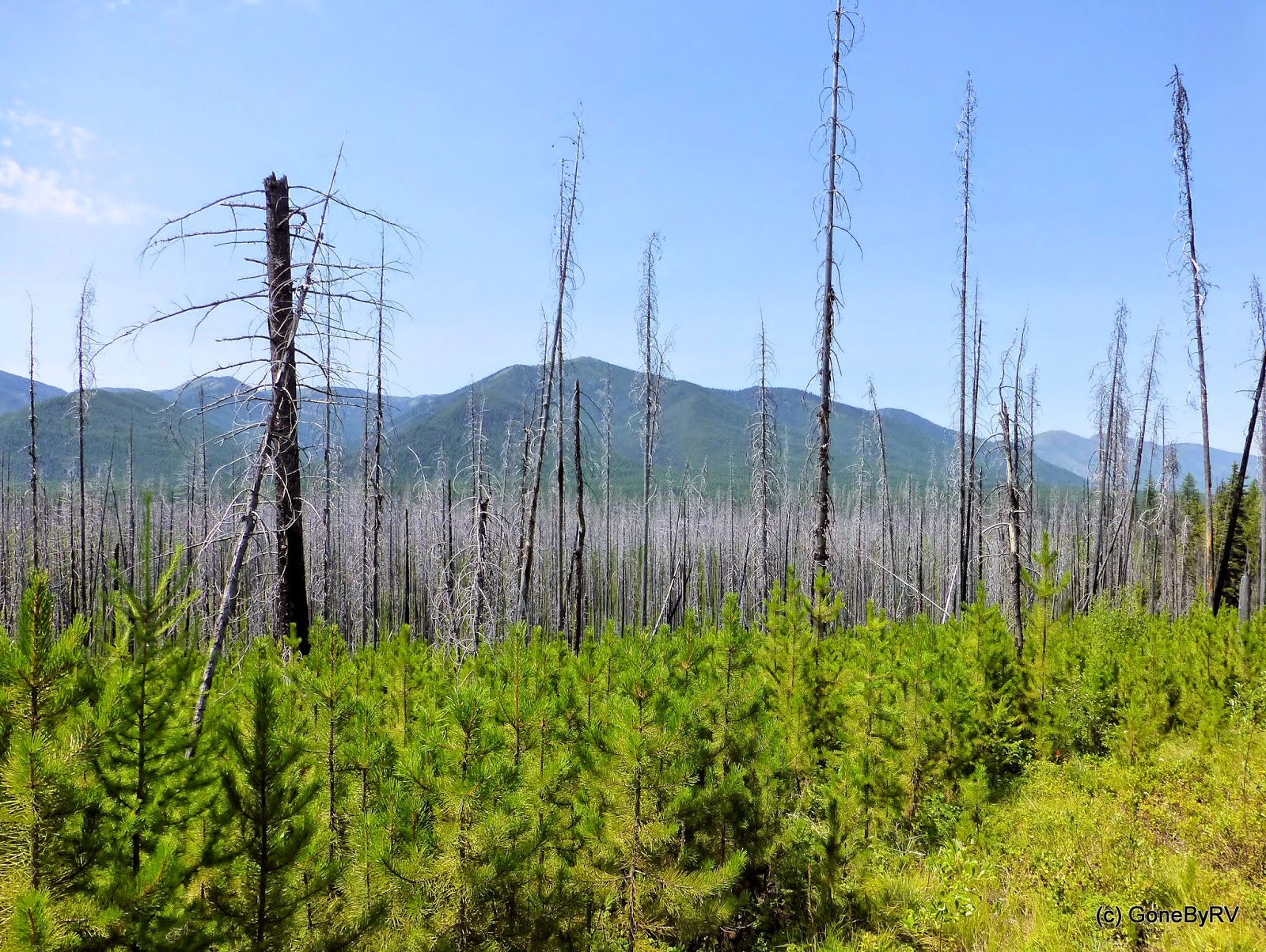 The park suffered a huge forest fire in 2003 called the Trapper Fire.  It burned 133,000 acres within Glacier NP, or 10% of the park. Fortunately, signs of forest re-growth are evident among the still standing charred trees. 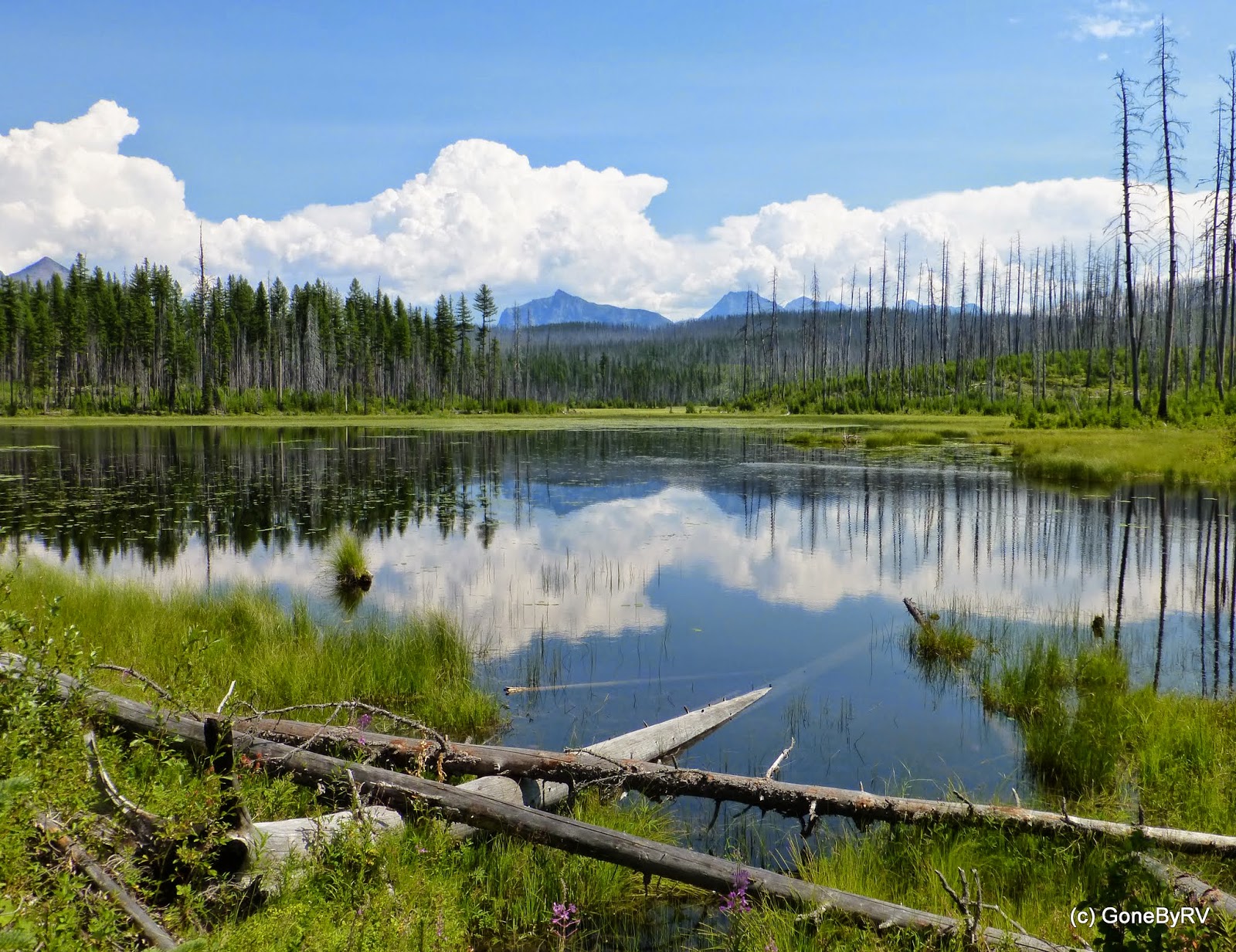 After a pretty easy hike we reach Howe Lake. No wildlife spotted, other than a few deer grazing on the other side of the lake. 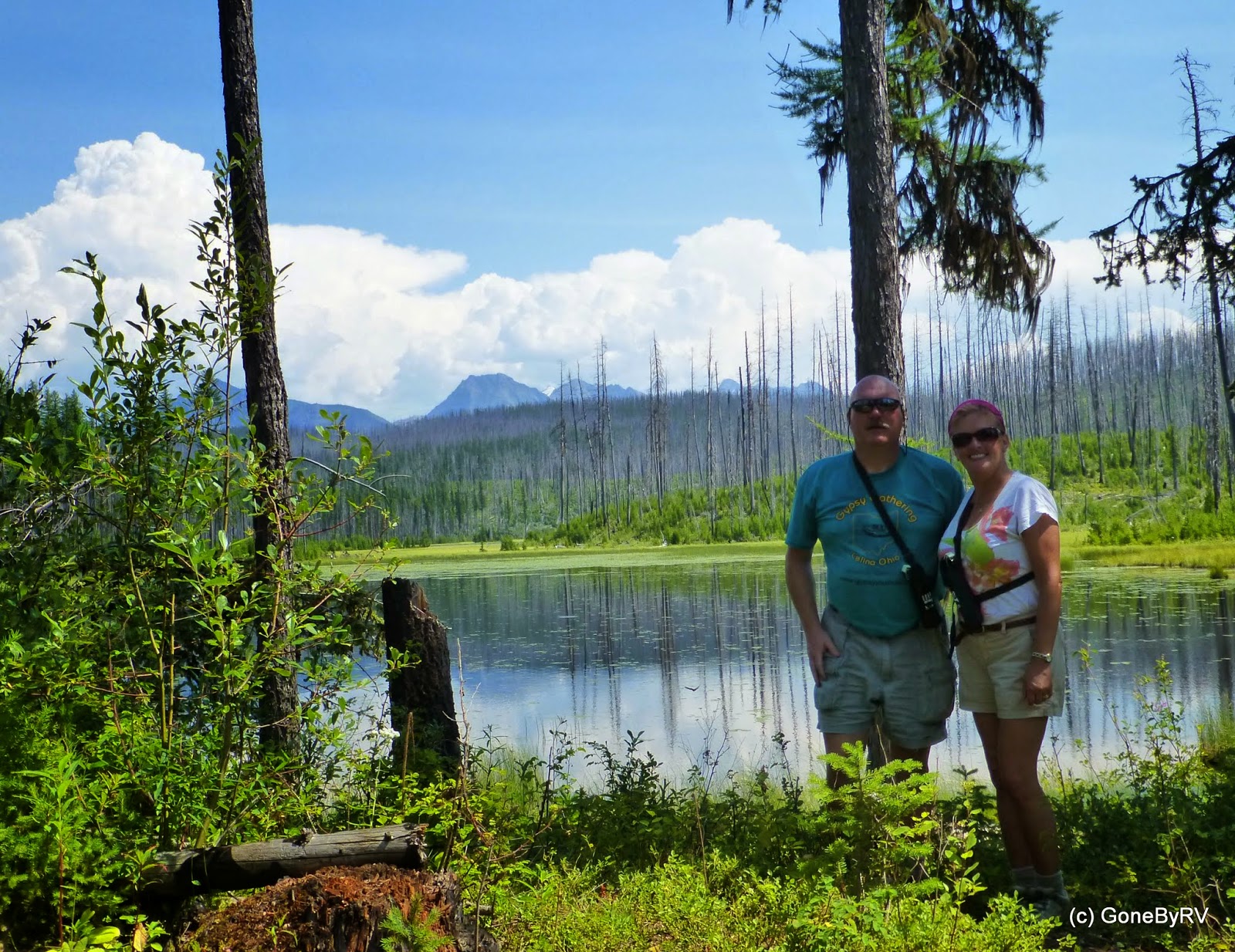 There were absolutely NO other hikers at the lake.  We ate lunch on a few downed trees and started back.


Even a burned forest can be beautiful.  We saw many wildflowers growing along the trail. 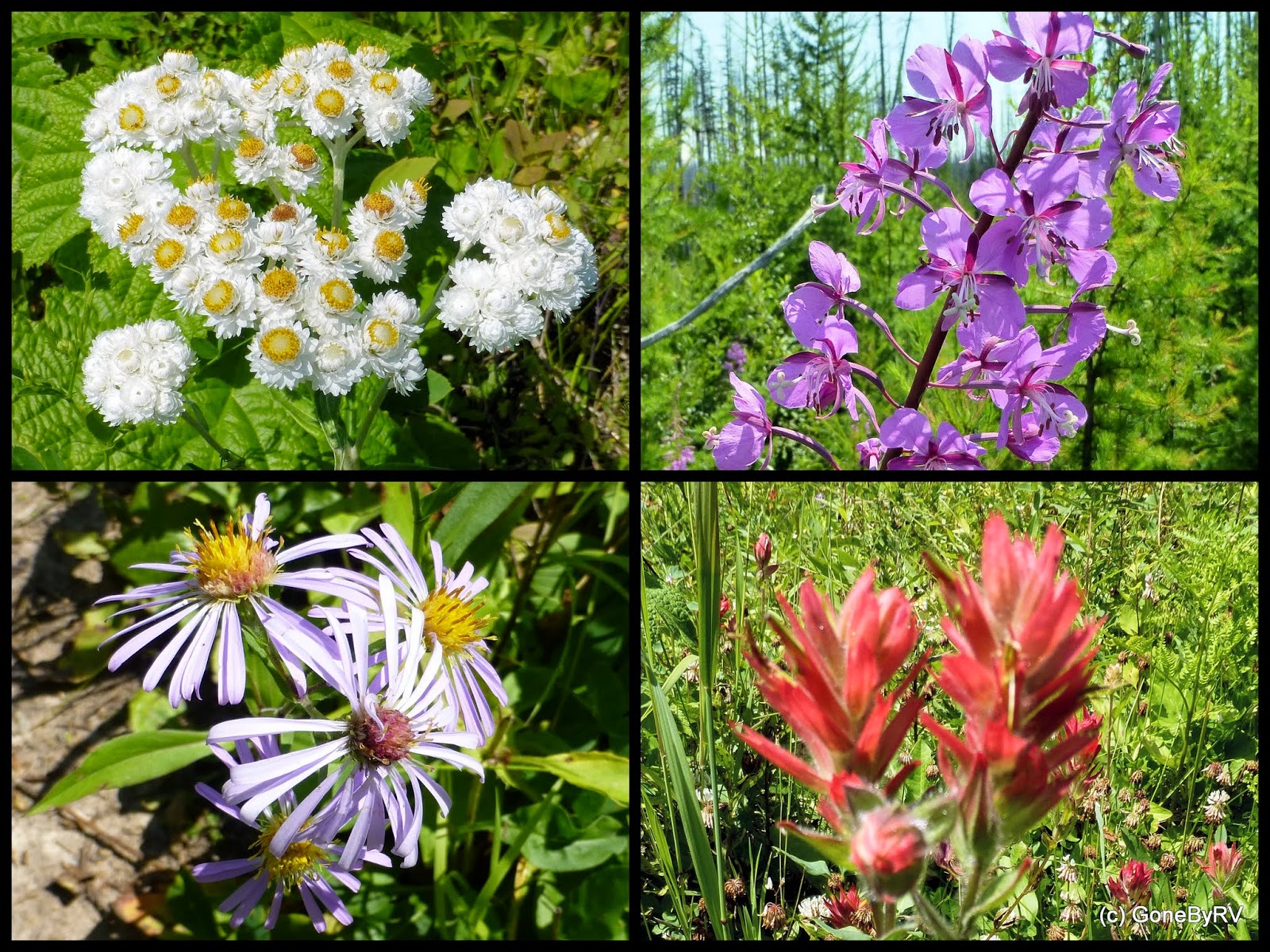 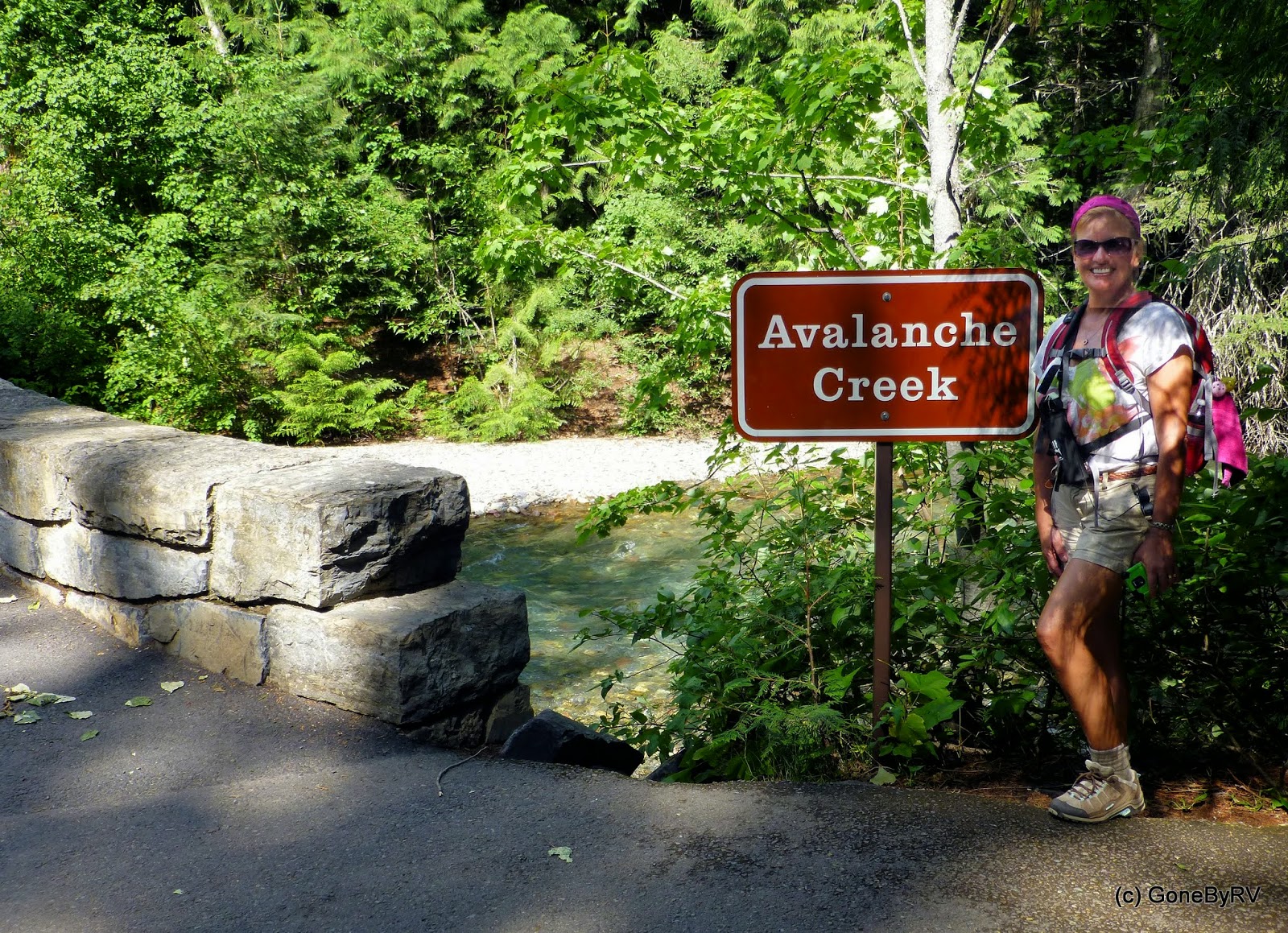 We drove back to the Apgar Visitor Center and decided to try out the transit system.  We wanted to get in another short hike before the end of the day.  The Avalanche Lake Trail was right near the transit stop at the Avalanche Campground, so off we went.  Here's Karen standing near the trailhead at Avalanche Creek. 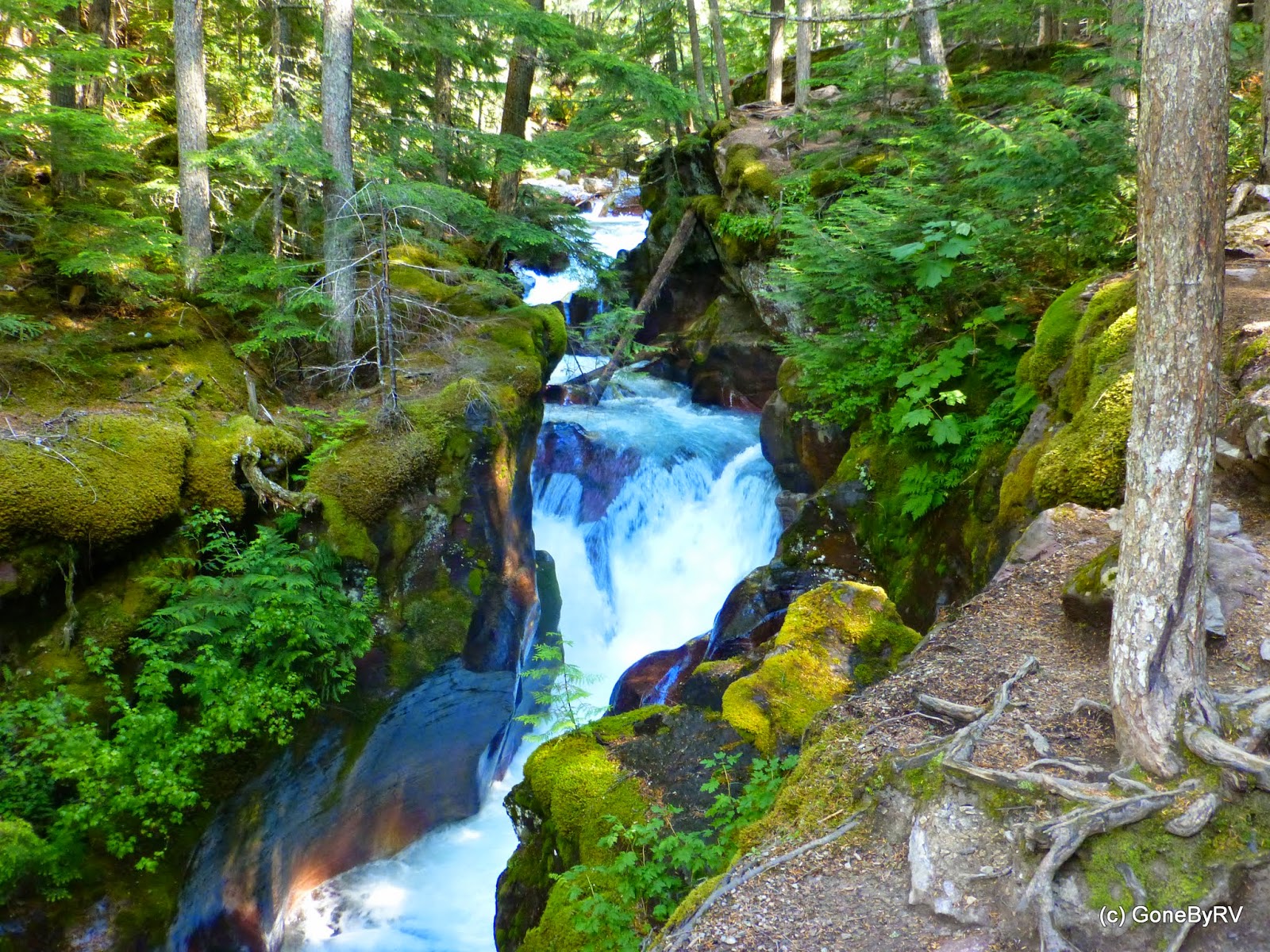 This hike began on the Trail of the Cedars Trail (about .3 miles) before connecting to the Avalanche Lake Trail.  The latter is about 2 miles each way. The Avalanche Creek flows along much of the hilly trail. 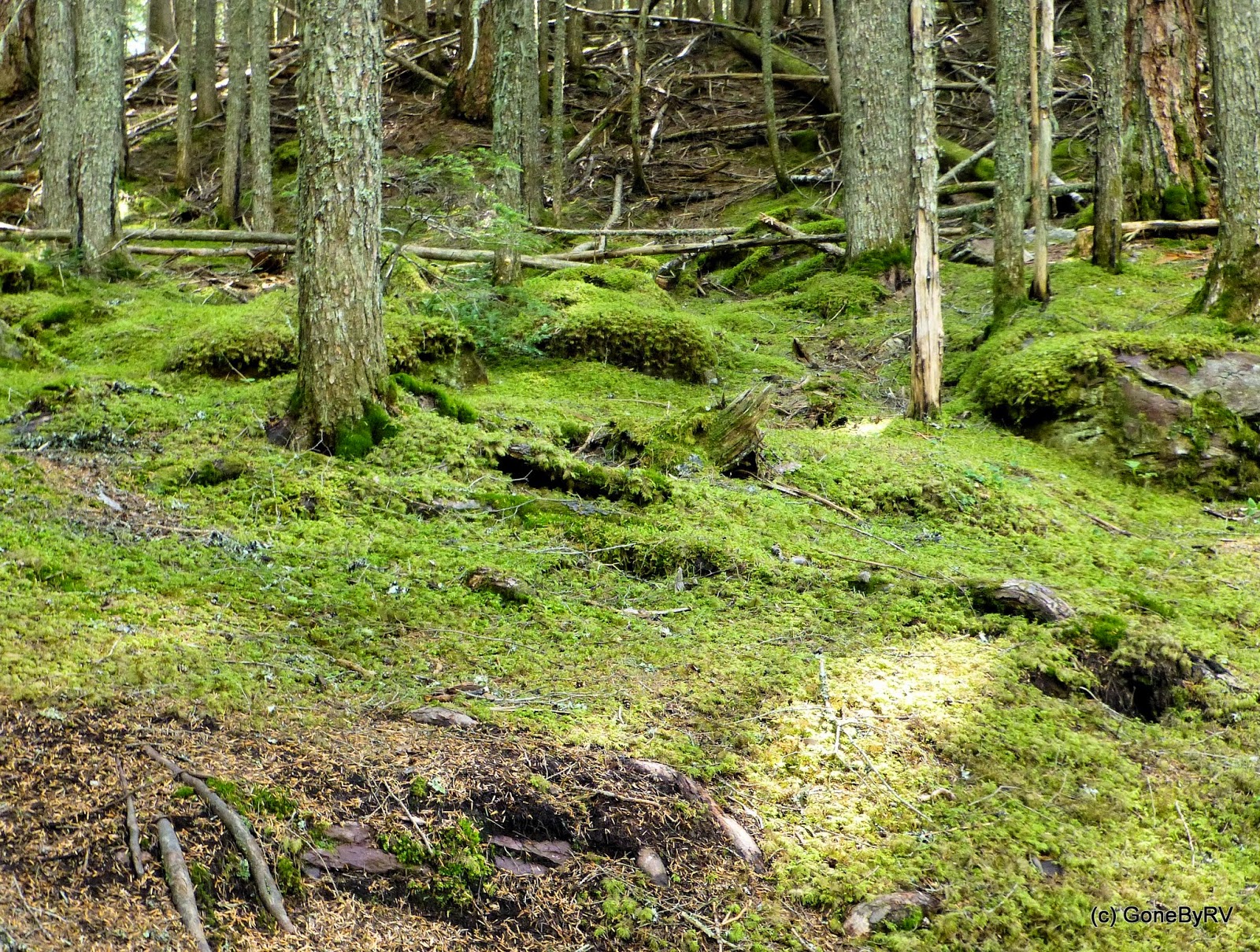 A lot of the trail was under dense tree cover and the moist ground seems ideal for the moss which covered the floor. 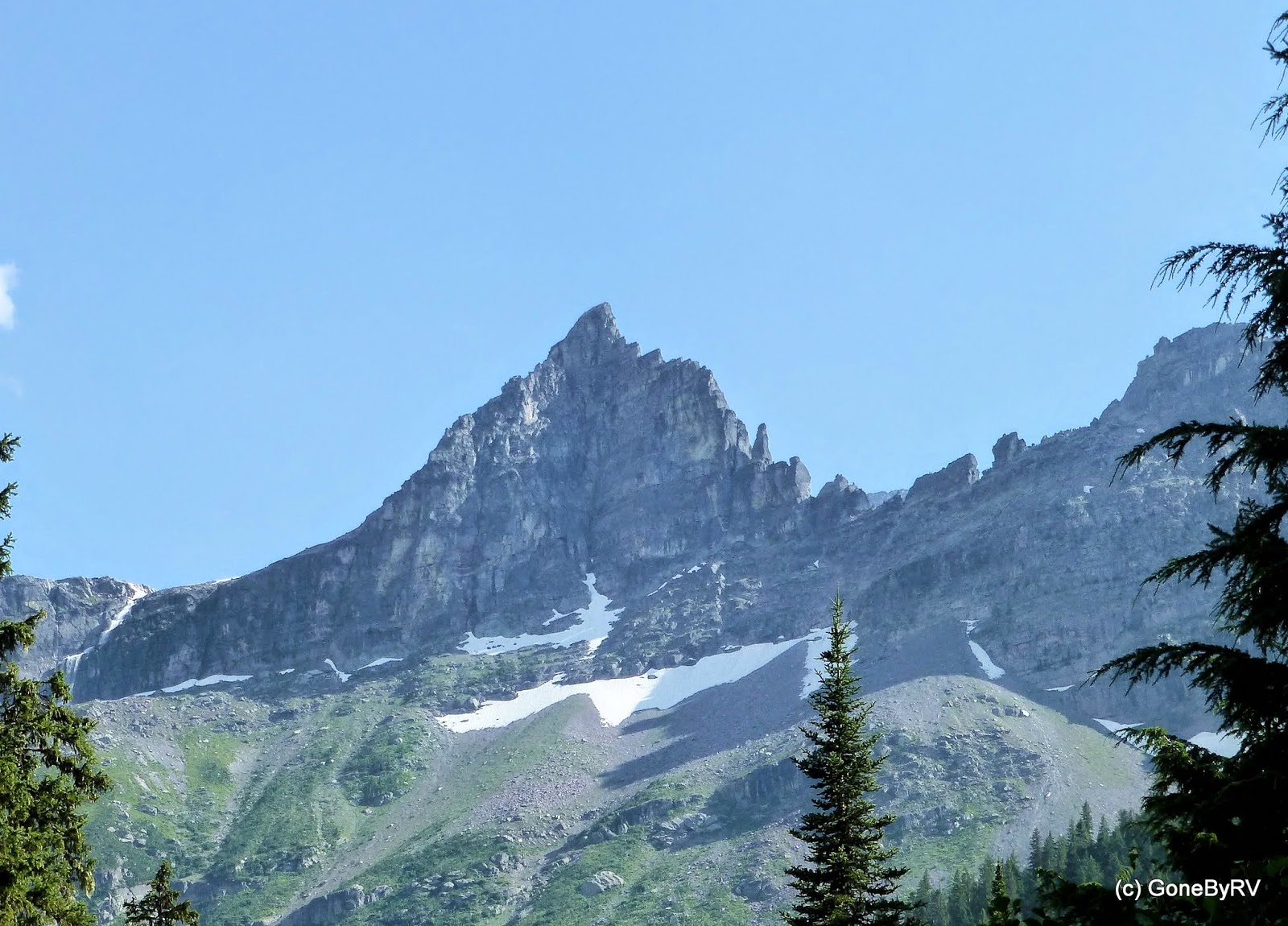 As we got closer to Avalanche Lake the walls of the nearby slopes became quite steep and the views kept getting better. 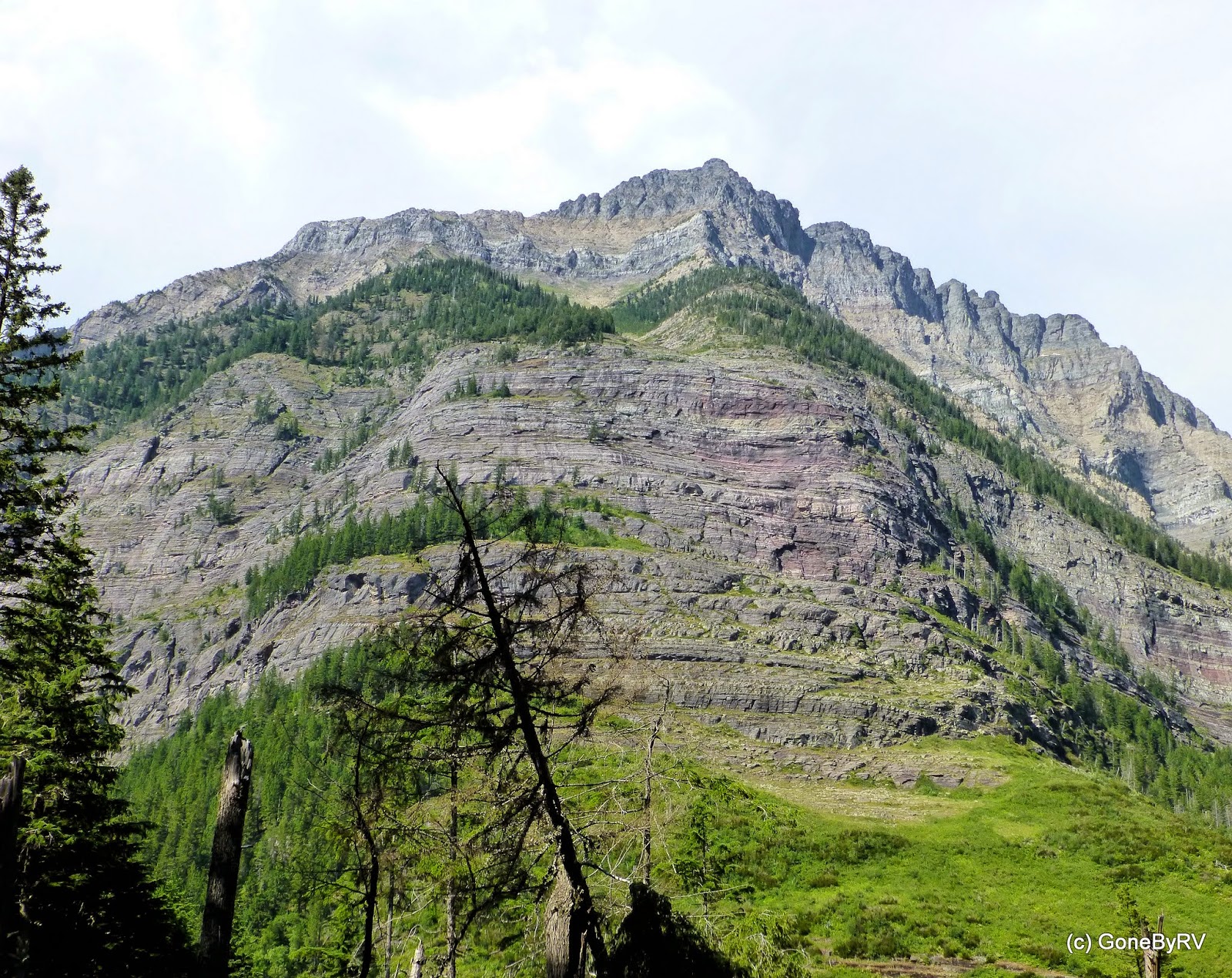 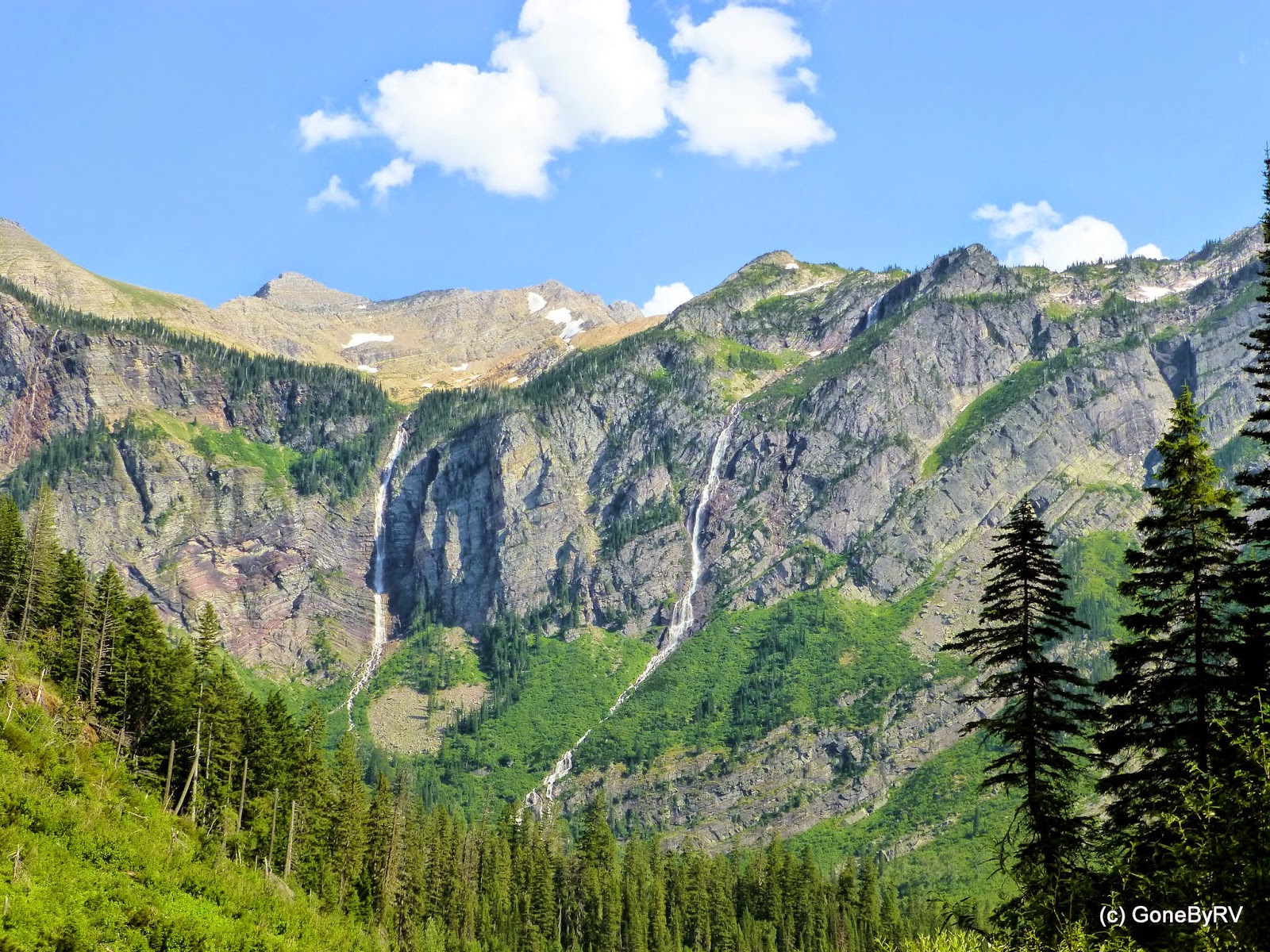 We knew we were getting close as we could see several waterfalls streaming down the mountains in the distance.  Notice the spots of icy snow still on the slopes. 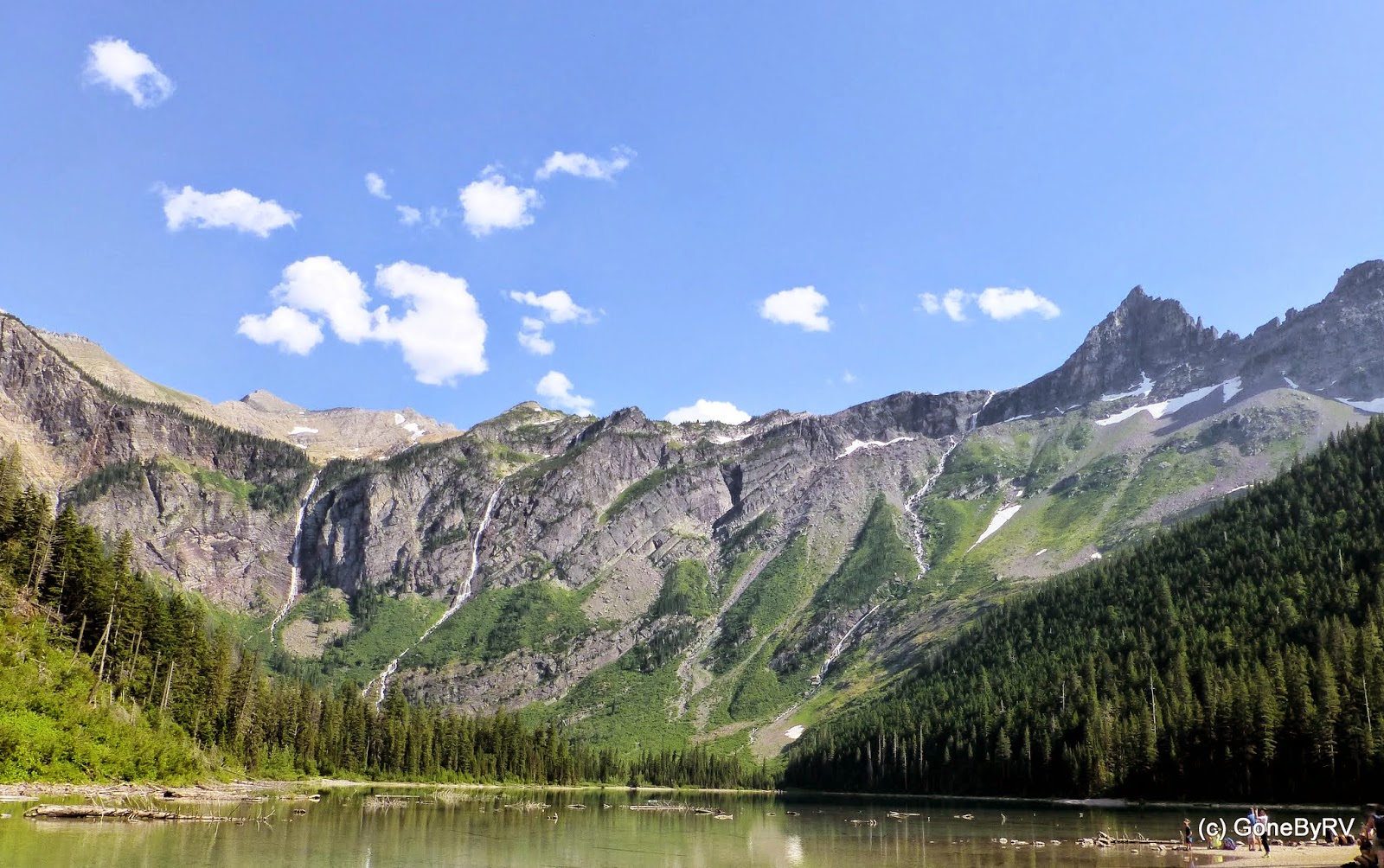 Finally, the payoff of the hike!  Lake Avalanche. The water was beautiful (and chilly), but the setting was just amazing.  Just another reason we love to hike in our NPs.  If our first day is any indication, then our stay and visit to Glacier National Park is going to be a good one.