A Teaser for Our Return Visit to Glacier NP

The title of this blog pretty much says it all.  The only real view of the eastern side of Glacier NP we had was a quick drive thru the entire park on the Going to the Sun Road.  There currently is road construction under way from near Siyeh Bend to Rising Sun (all east of Logan Pass).  I held off on making the drive until the last day of our visit because I just didn't feel like getting the car filthy and I didn't want to wait in the construction delays. 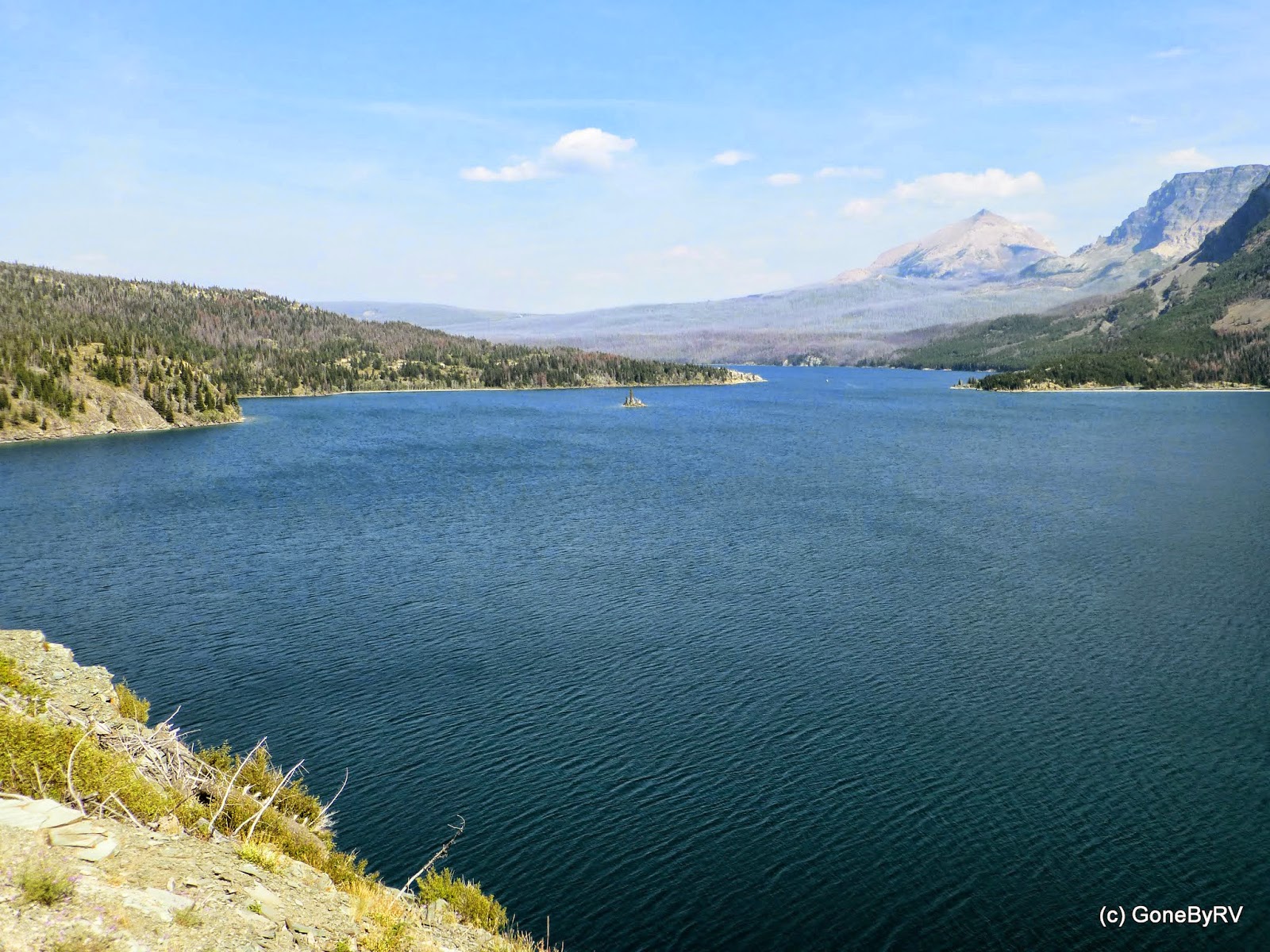 Although the road is gravely and somewhat dusty, it didn't get as dirty as I would have thought.  The delays only added about 15-20 minutes to the drive.  As I wrote earlier, this is just a "drive through" of the eastern side.  We did make a few overlook stops to view Saint Mary Lake along the way. 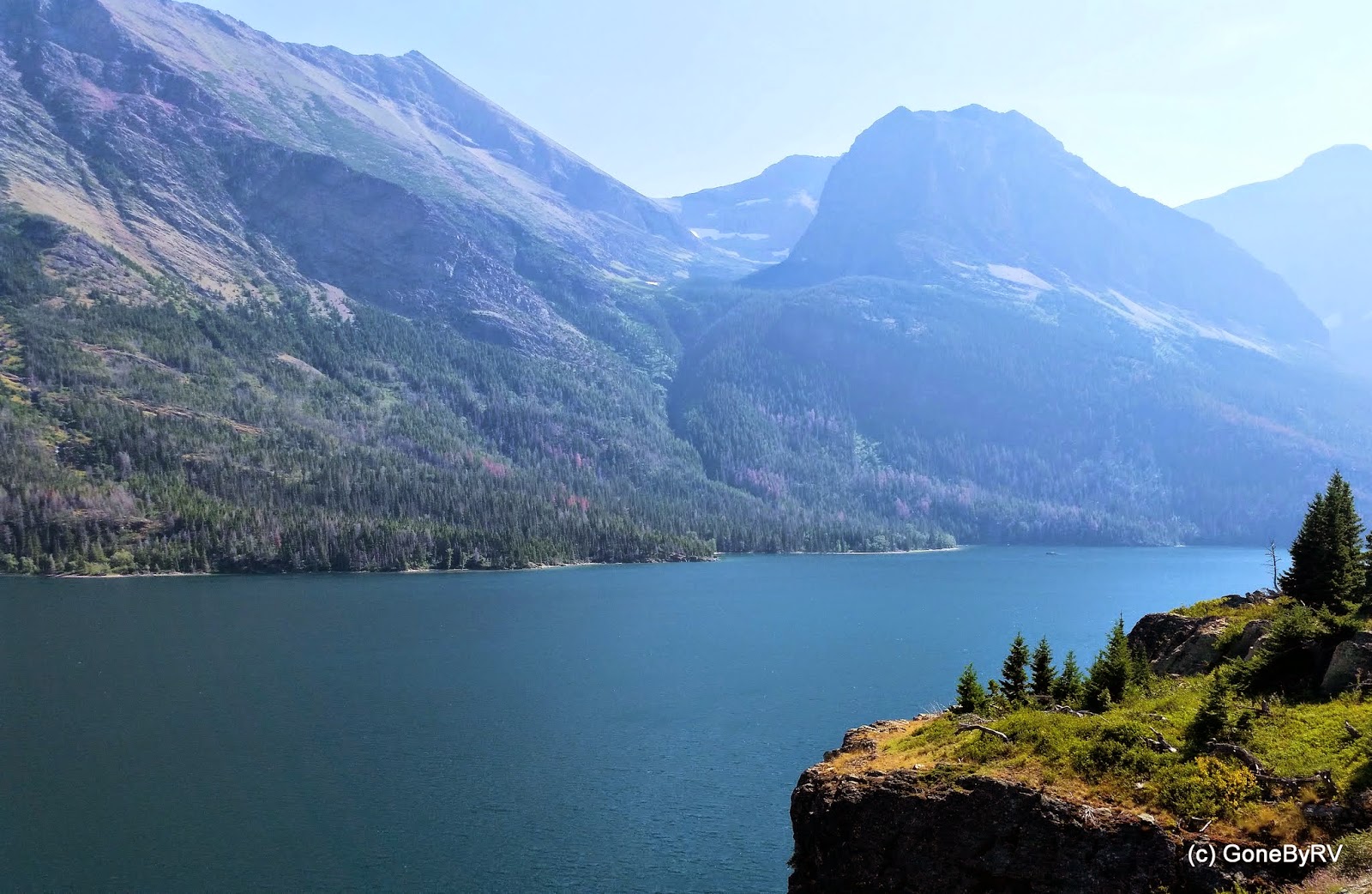 Saint Mary Lake is pretty large and runs almost down to the St. Mary Visitor's Center on the eastern side of the park.  There was almost no one out on the lake today. 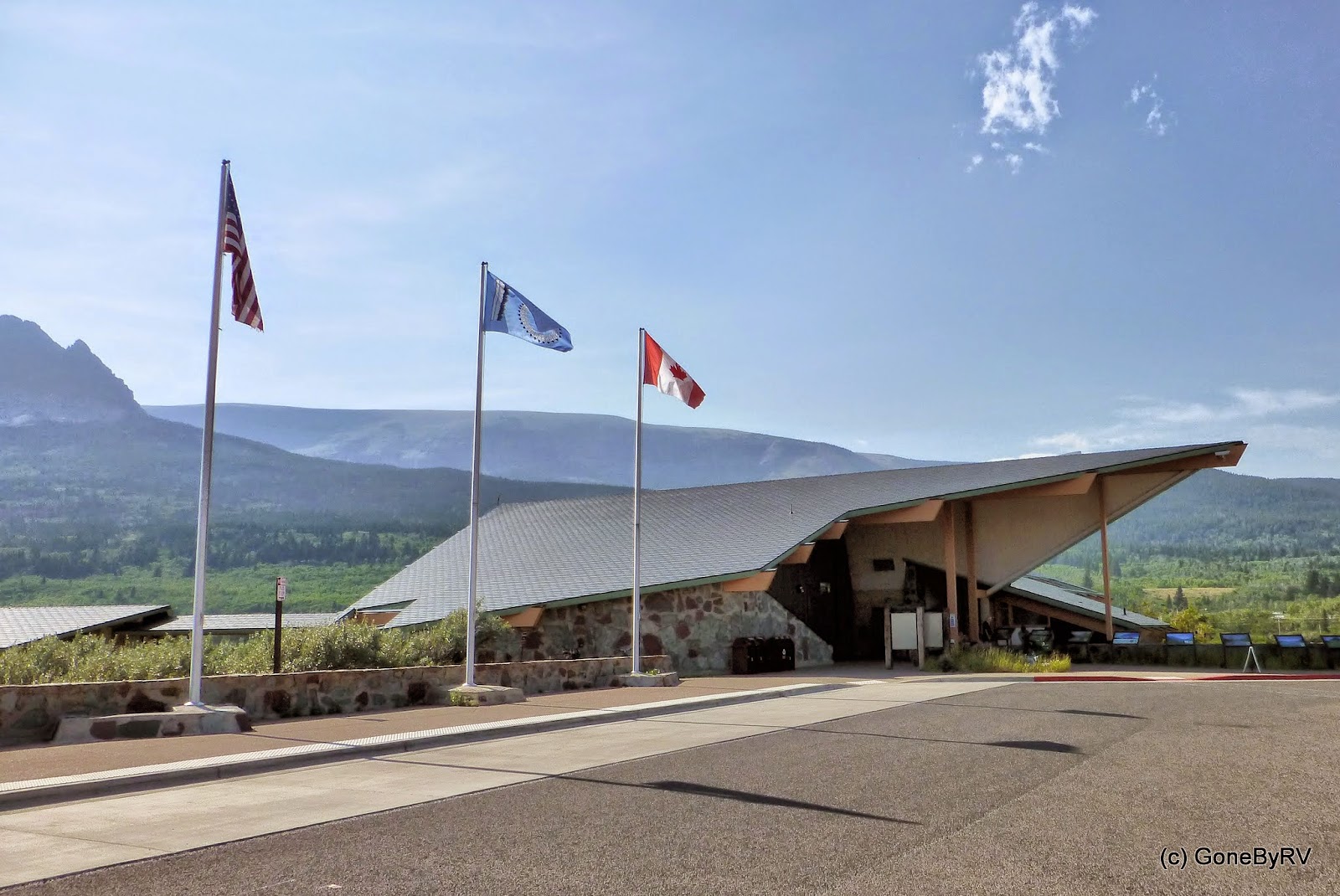 We finally arrived at the St. Mary Visitor's Center. It's amazing how "flat" the land is over on this side as compared to the Apgar Center over on the west side. 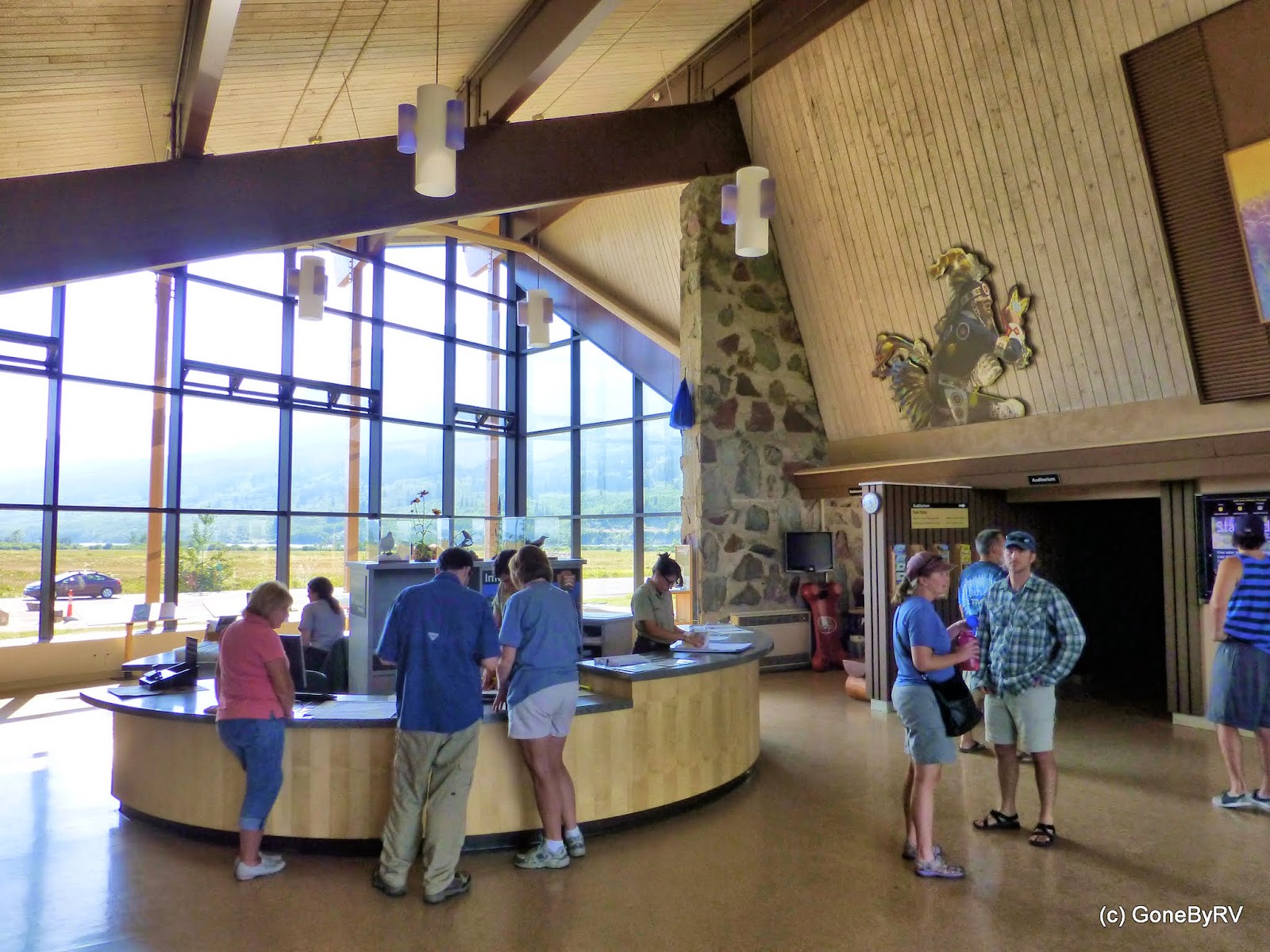 I liked this visitor center a bit better than the newer Apgar Center because it had an auditorium which showed videos about the formation and history of the park.  (JMO, but I can't understand why they didn't put a similar feature into the new Apgar Center when it was constructed only a few years ago.) 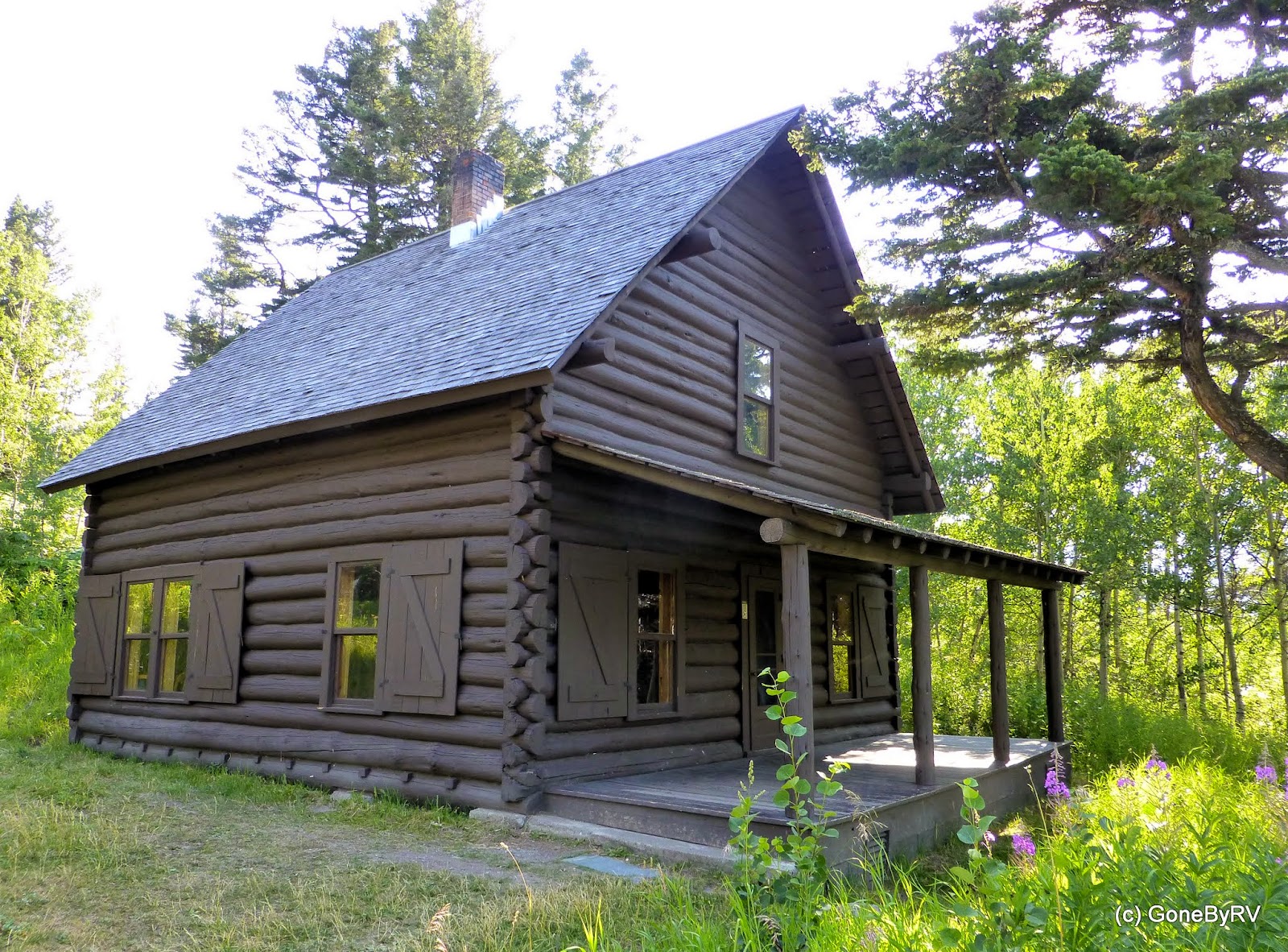 Nearby is the 1913 Ranger Station. This structure was among one of the first on the eastern side of the park. It provided living quarters and a central work station for rangers until the 1930s. Ranger Chauncey Beebe, along with his wife and two small children, lived in the structure from 1918-1919.  I can imagine it was very lonely during the winter months at that time. 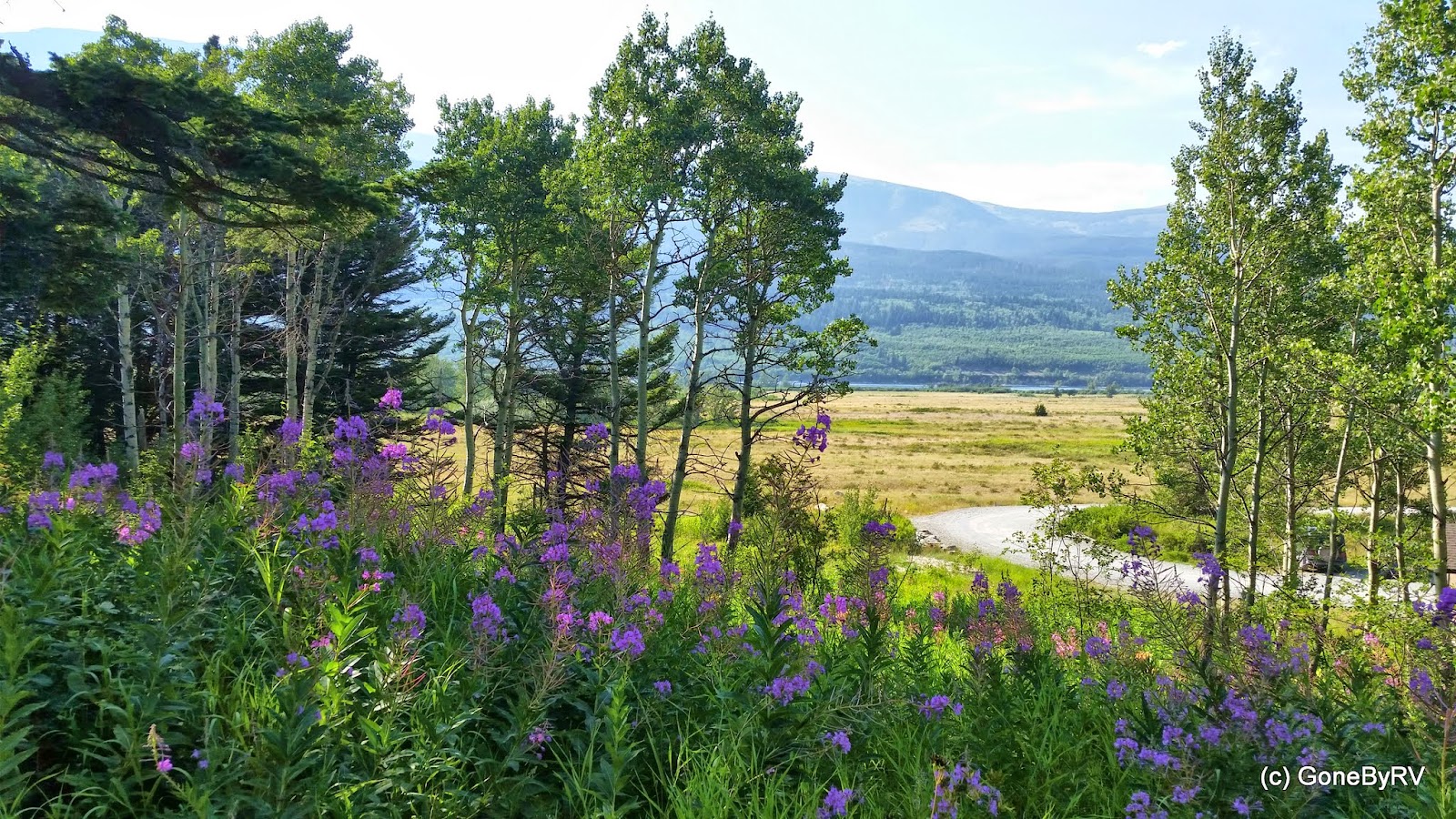 Here's a picture of the view in front of the cabin. 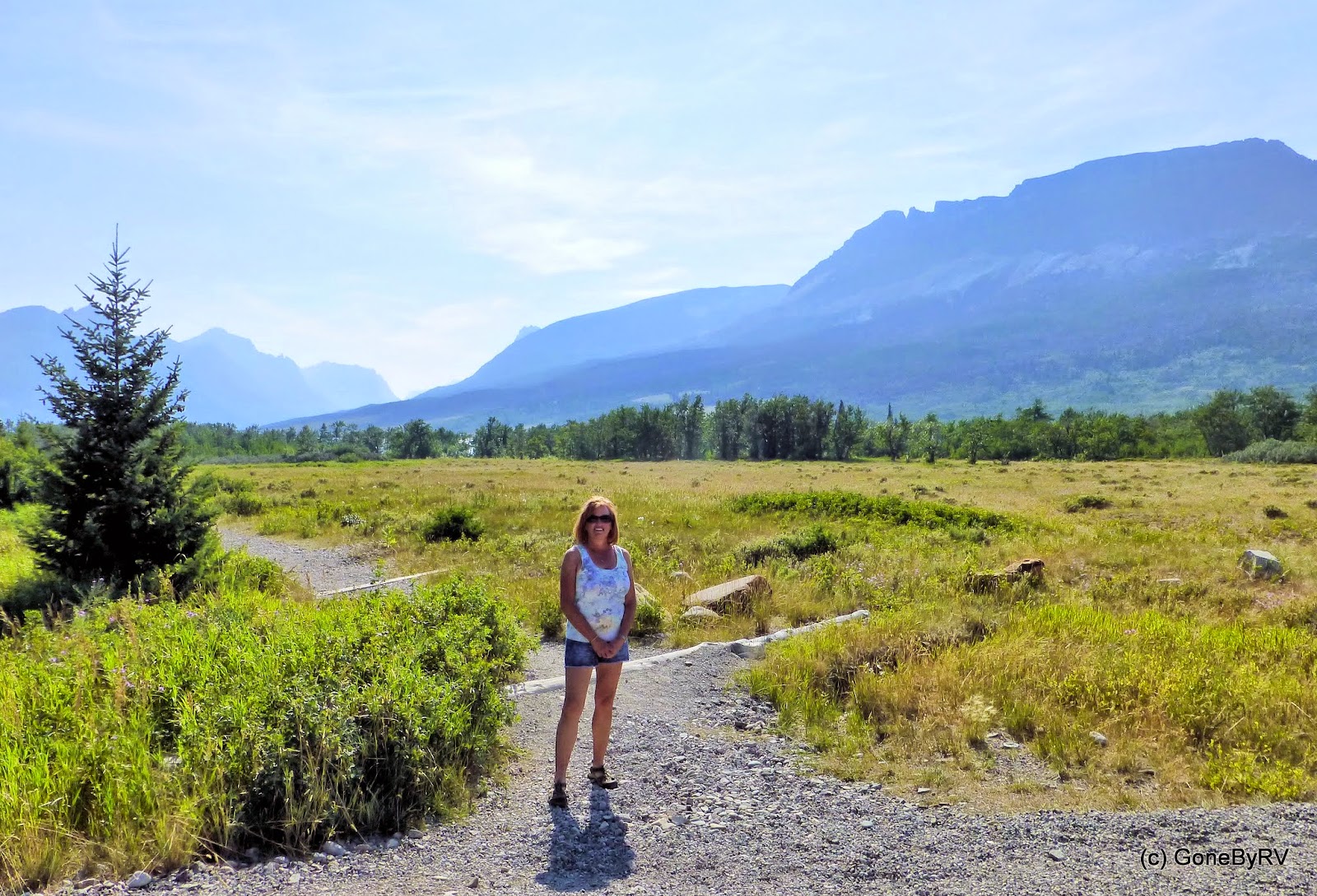 Of course we couldn't leave Glacier behind without one more picture of Karen near a hiking trail.  No, we didn't do any more hiking today. This was the trailhead for the Red Eagle Lake.  Maybe a hike for our next visit to Glacier National Park.

There will definitely be a return visit to this side of the park.  We'd like to explore this side and take a trip slightly north to Waterton Lakes National Park, up on the Canadian side.  For those who have never visited Glacier Park, I would certainly would it on the "to do" list.