Posted from Boise, ID   (Click on Pics to Enlarge) 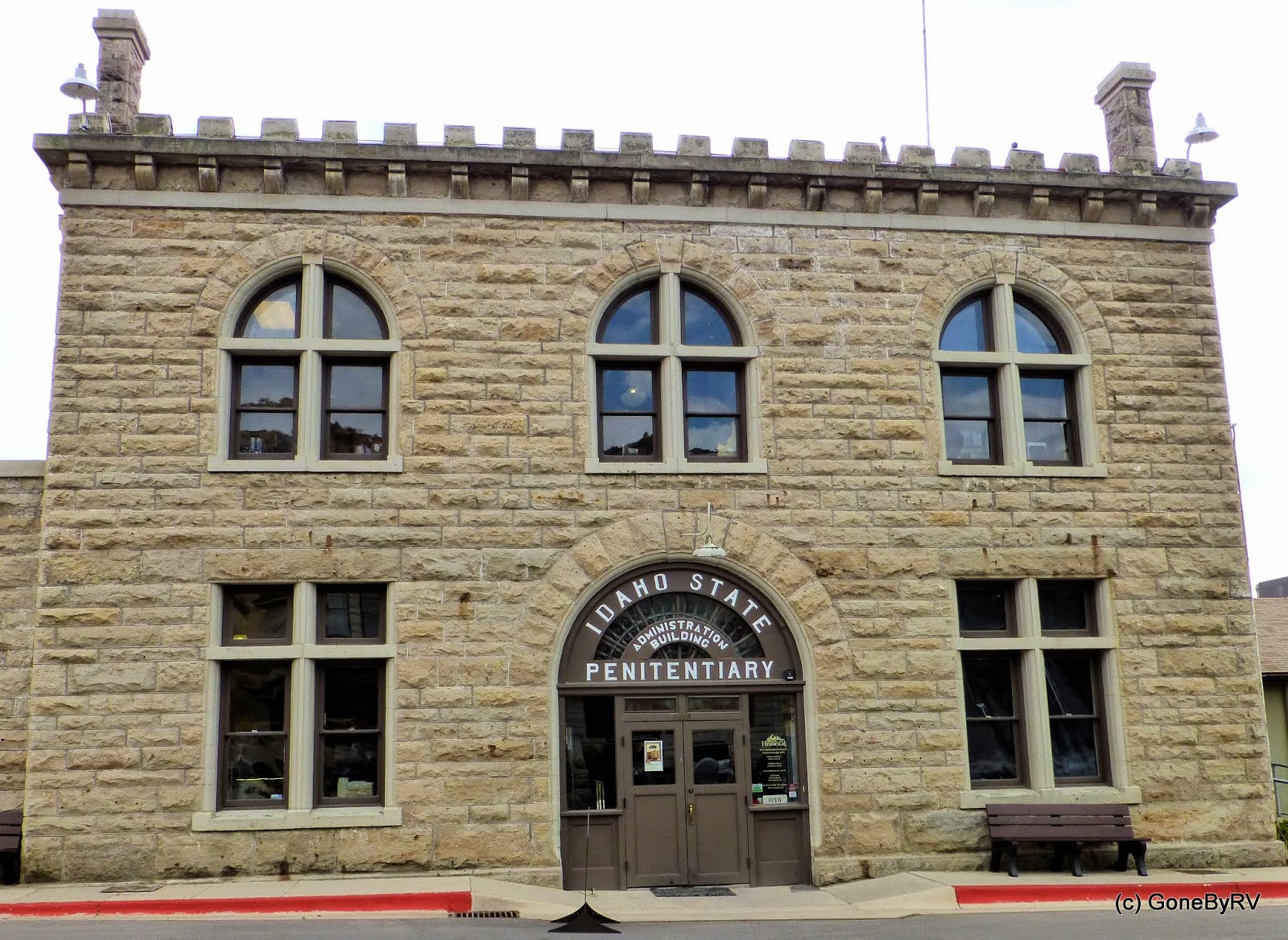 Yesterday we visited the Old Idaho Penitentiary located on the north east side of Boise, ID.  This is one of four Territorial Prisons open to the public in the nation.  We have visited the Yuma Prison in Arizona, but have yet to see the ones in Laramie, Wyoming and Canon City, Colorado.

The Idaho Territorial prison was completed in 1870 and accepted first prisoners in 1872.  It was operated by the federal government until Idaho gained statehood in 1890.  The penitentiary remained open until December, 1973. 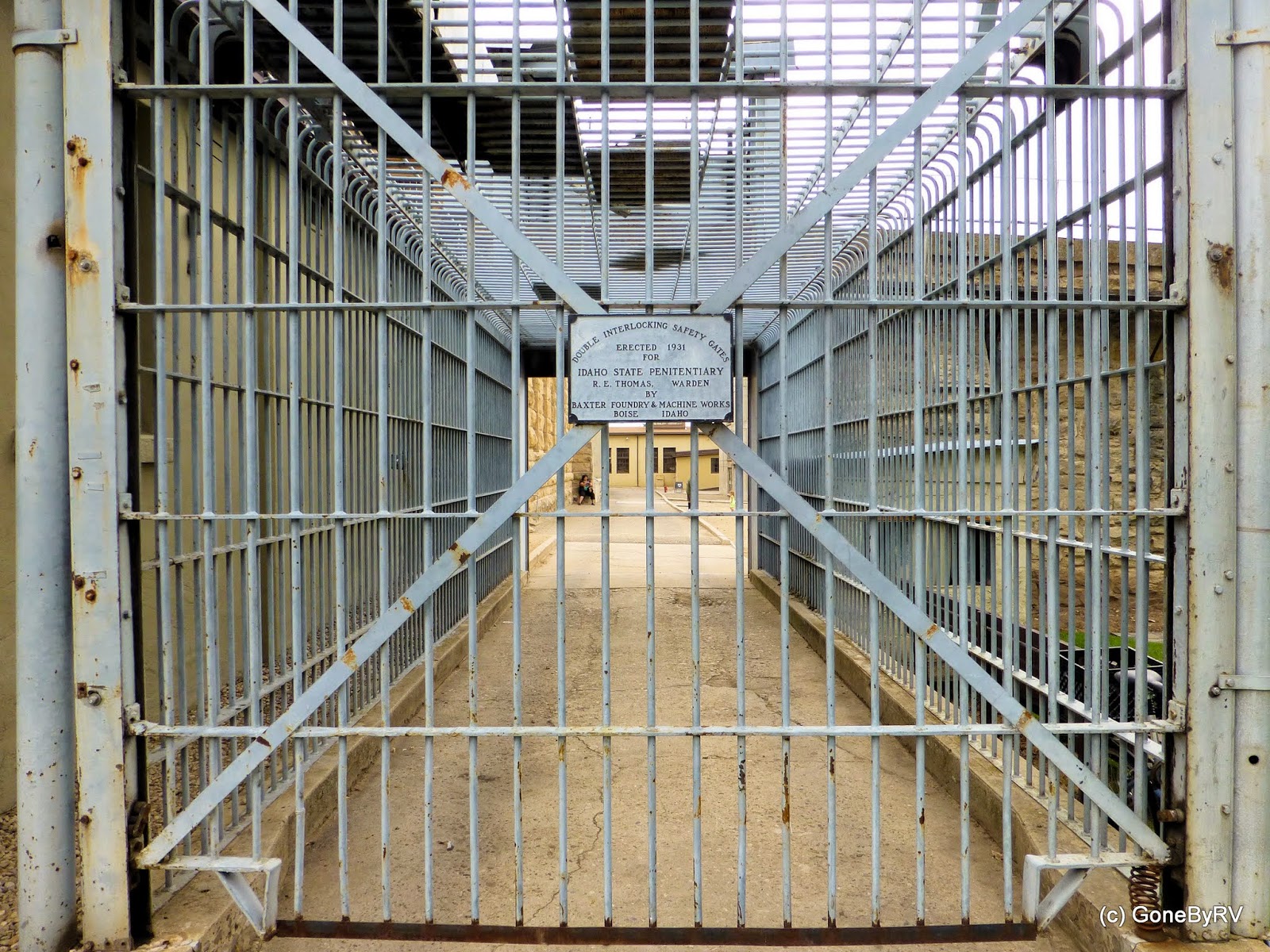 As we walked to the entrance in the Administration Building, we passed by the only entrance (sally port) for vehicles in or out of the prison. The sally port was built in 1931. 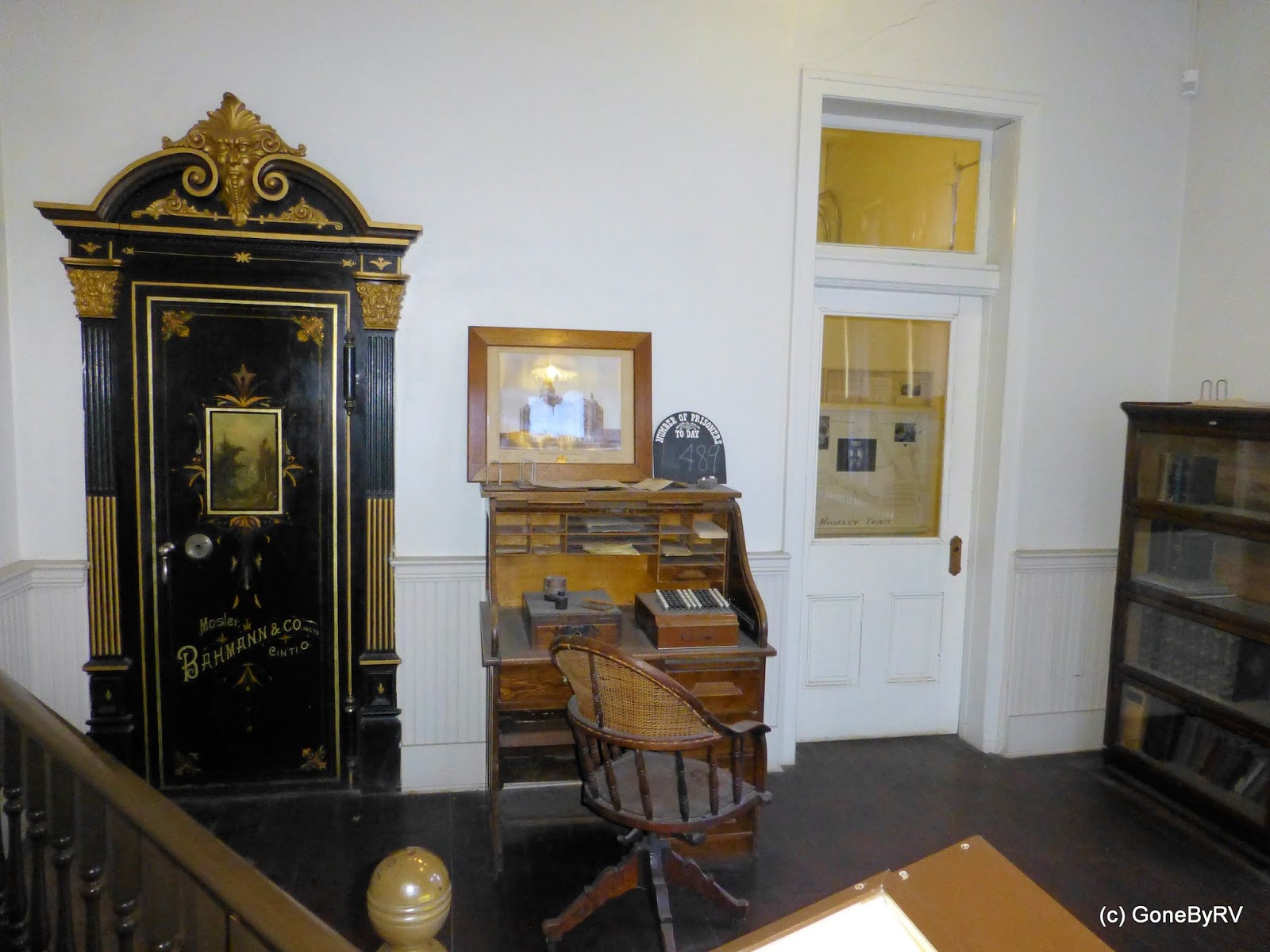 After viewing an excellent introductory video on the history of the prison, we began our self-guided walking tour of the facility.  In the corner of the Admin. Building nearest the street was the Warden's Office.  The large safe contained prison records. 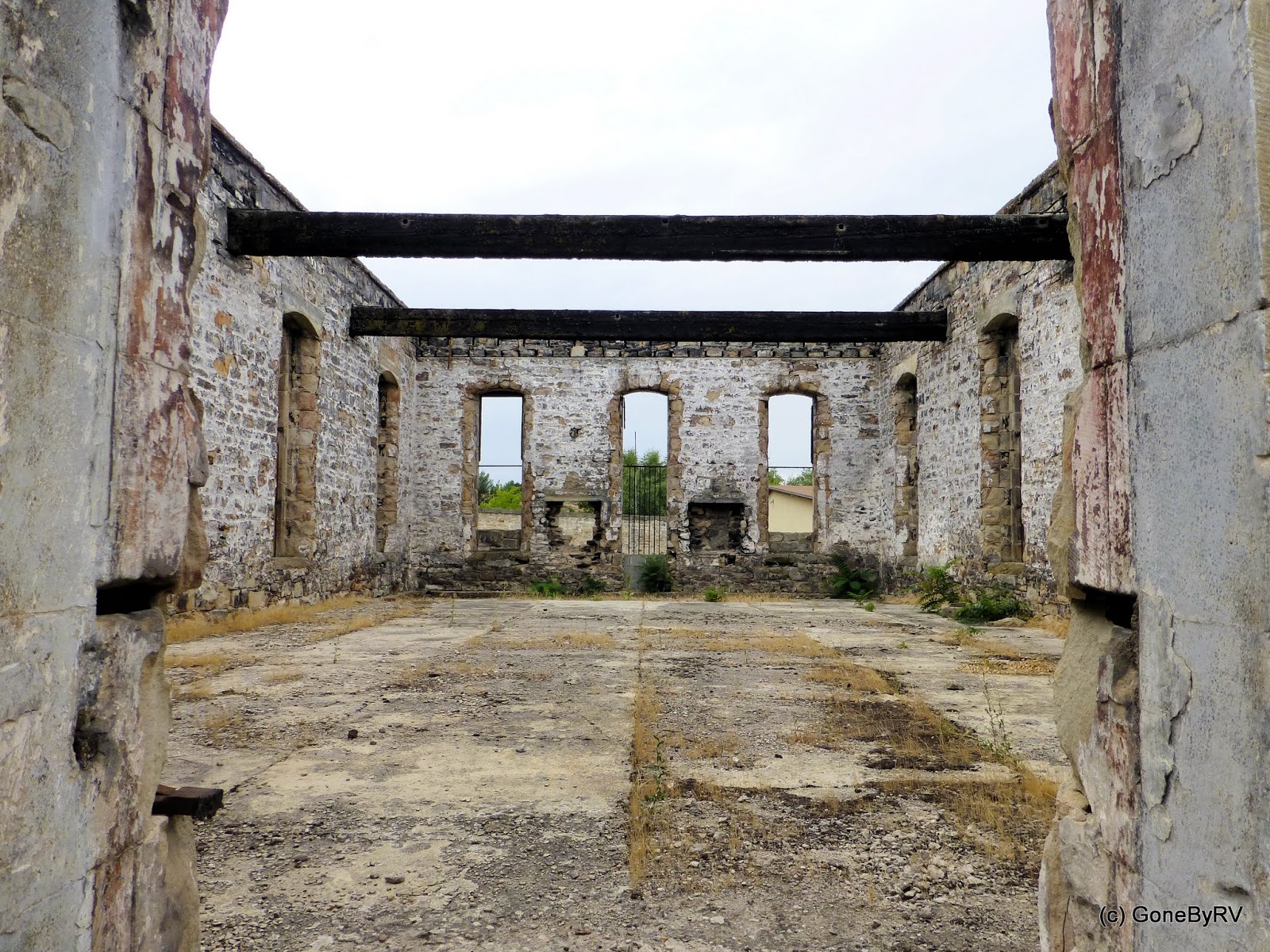 Passing into the inner walls of the prison was a bit of an eery feeling.  This was the Commissary Building built in 1894. It was later burned in one of the prison riots. 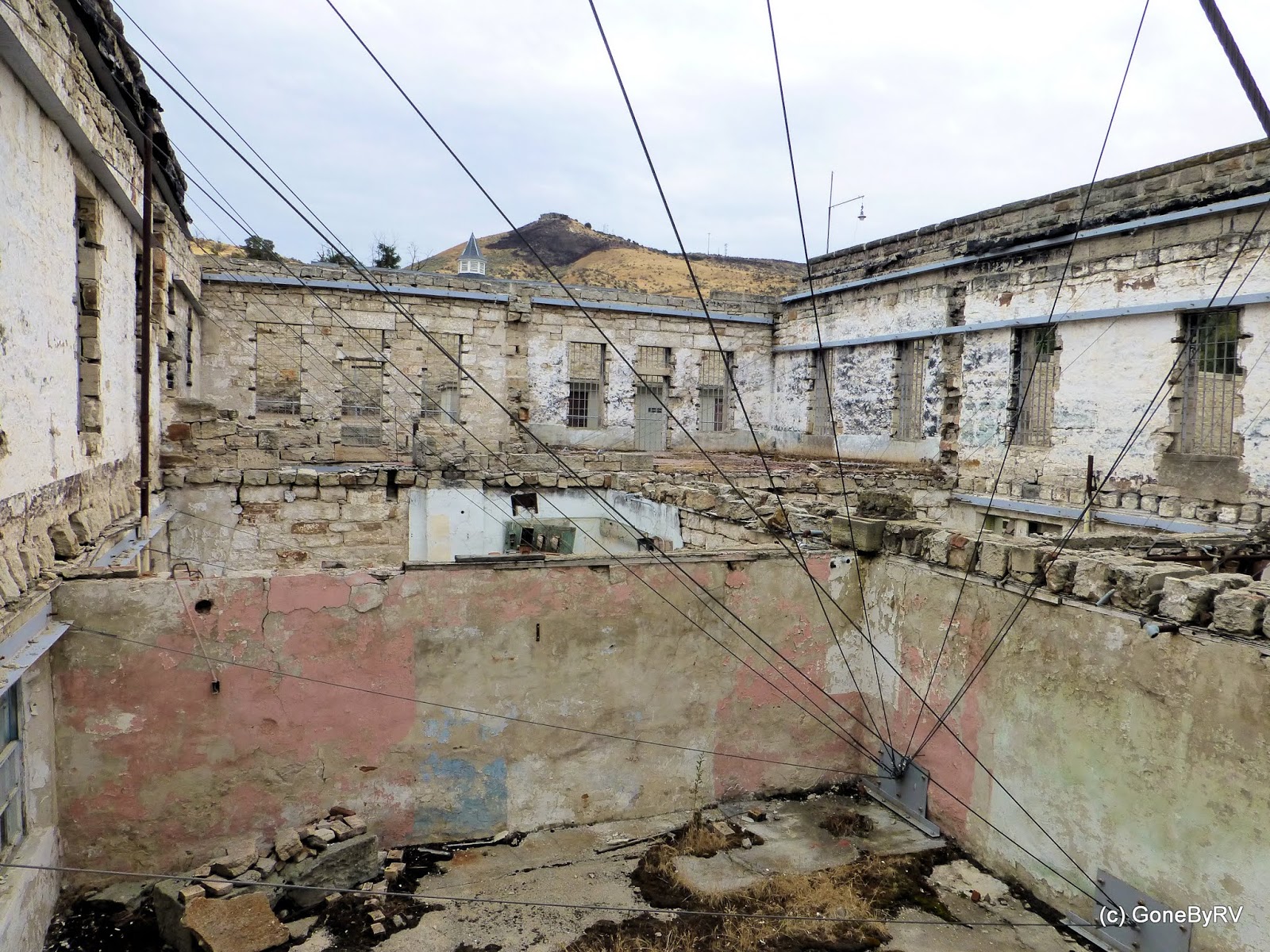 The Dining Hall was built in 1898 and was designed by George Hamilton, one of the inmates.  It served until 1973 when inmates burned it down during a riot of the prison. 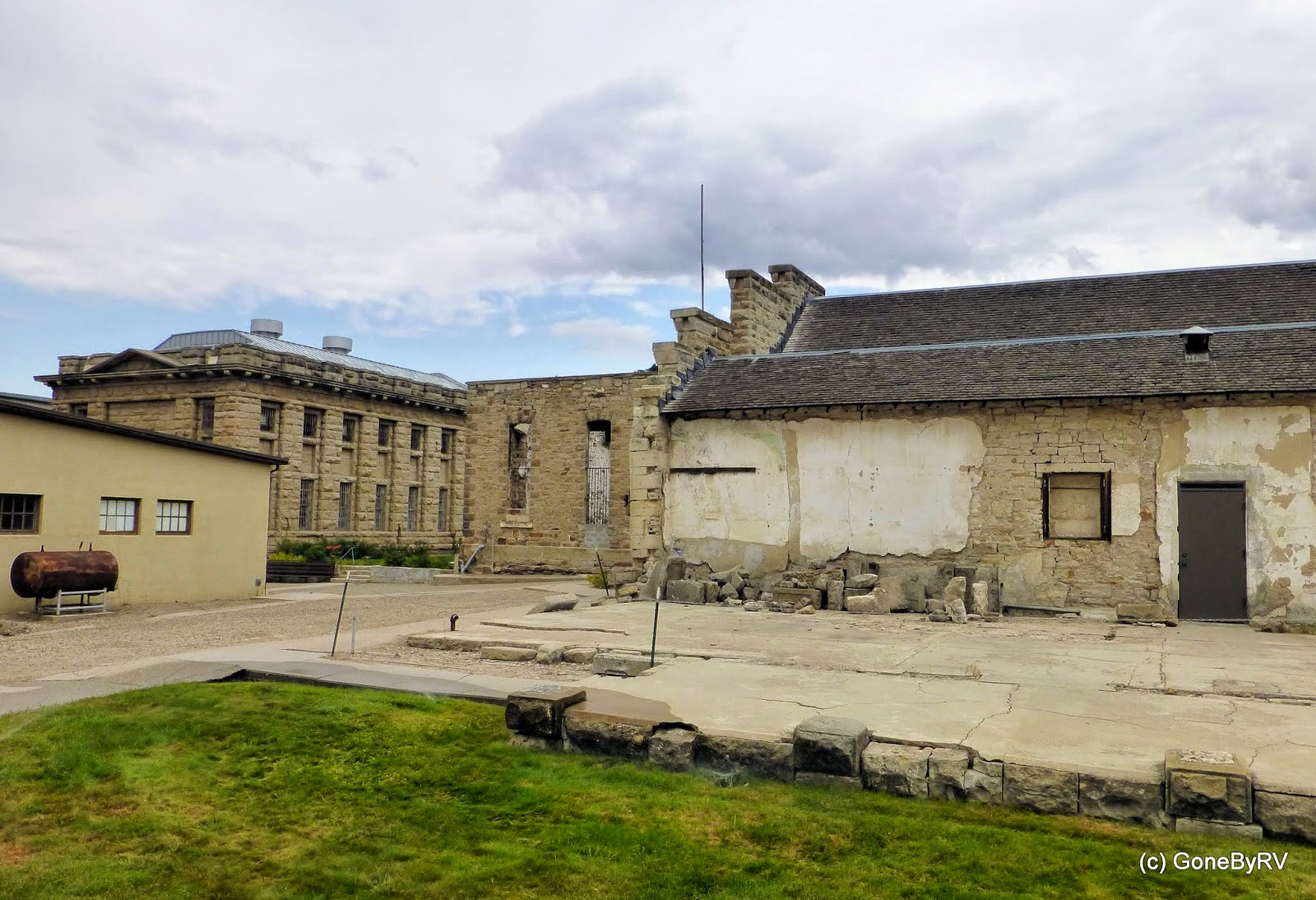 The prison Hospital was originally used as a blacksmith shop and was remodeled in 1912 to serve as a hospital.  It served as a hospital until the 1960's and was later burned in a prison riot in 1971. 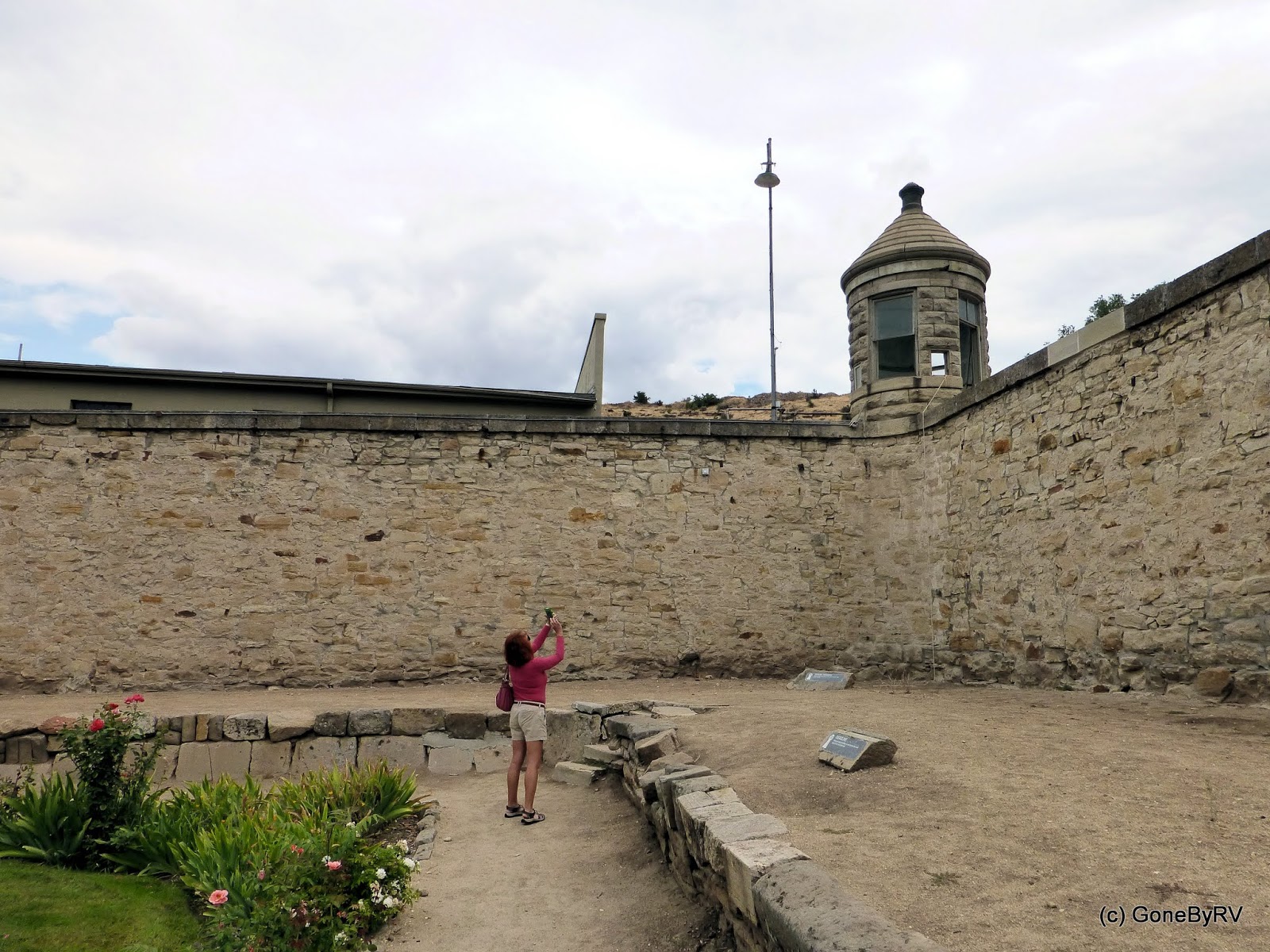 Don't be led to believe that most of the buildings are destroyed.  That's not the case at all. Here Karen takes a picture of one of the guard towers positioned on the corners of the prison walls. 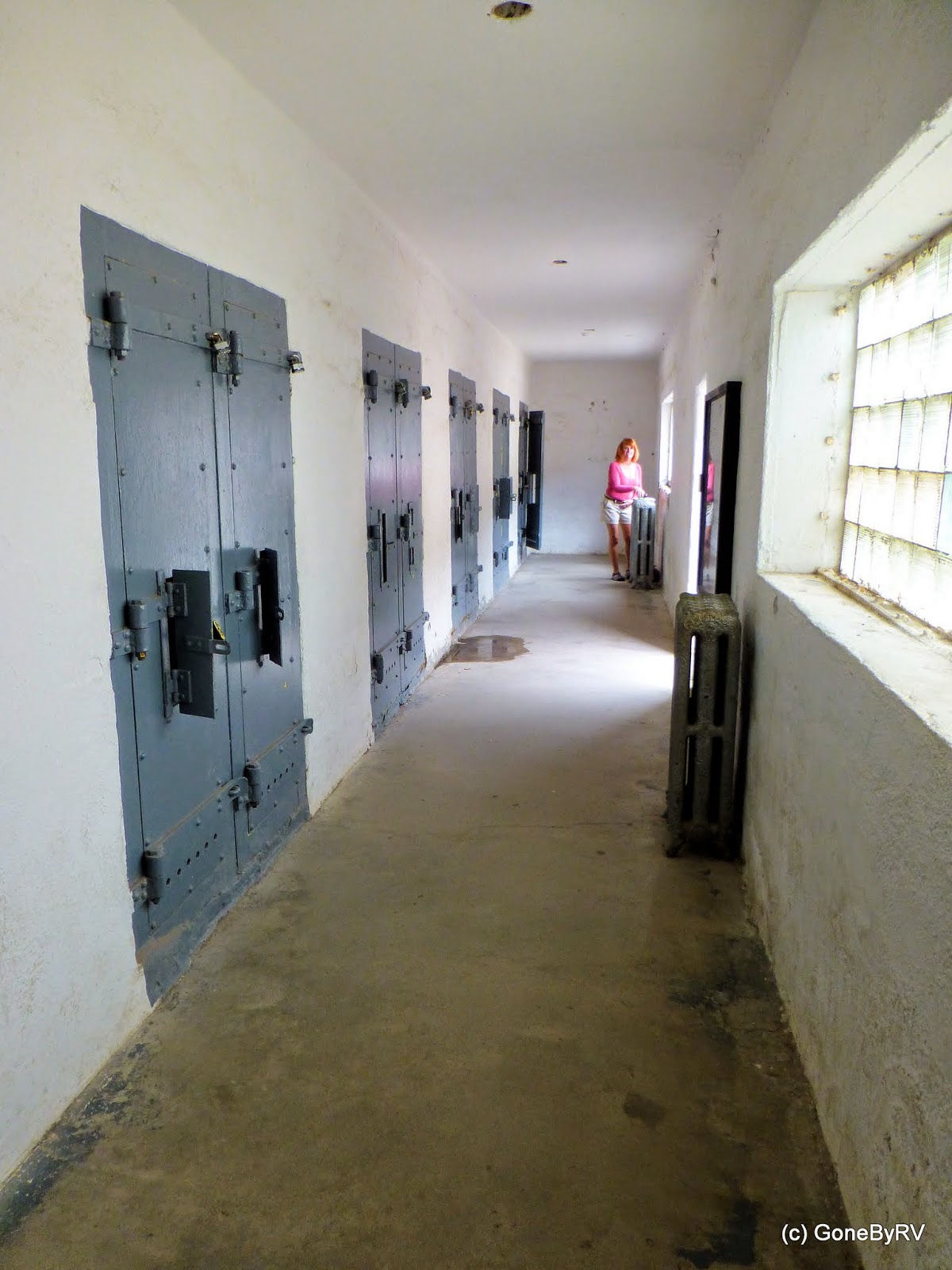 One of the structures which truly gave off a "strange" feeling was a small building known as "Siberia".  This area housed twelve prisoners in a single-cell configuration. 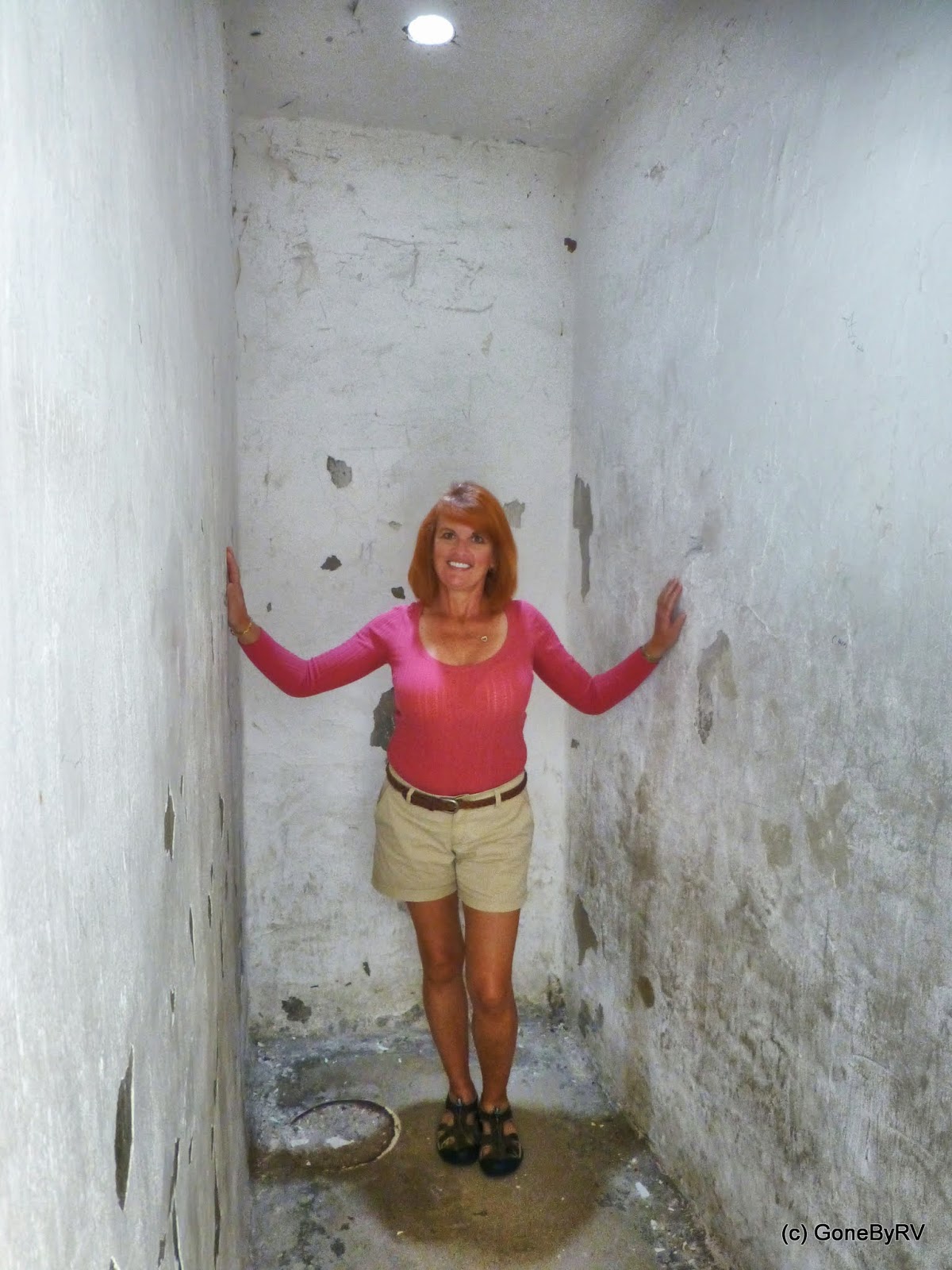 The building was built in 1926 to house prisoners who had violated prison rules.  The cells are 3 feet by 8 feet.  Very tight.  The information indicates that they were hot in the summer and ice formed on the walls in the winter. 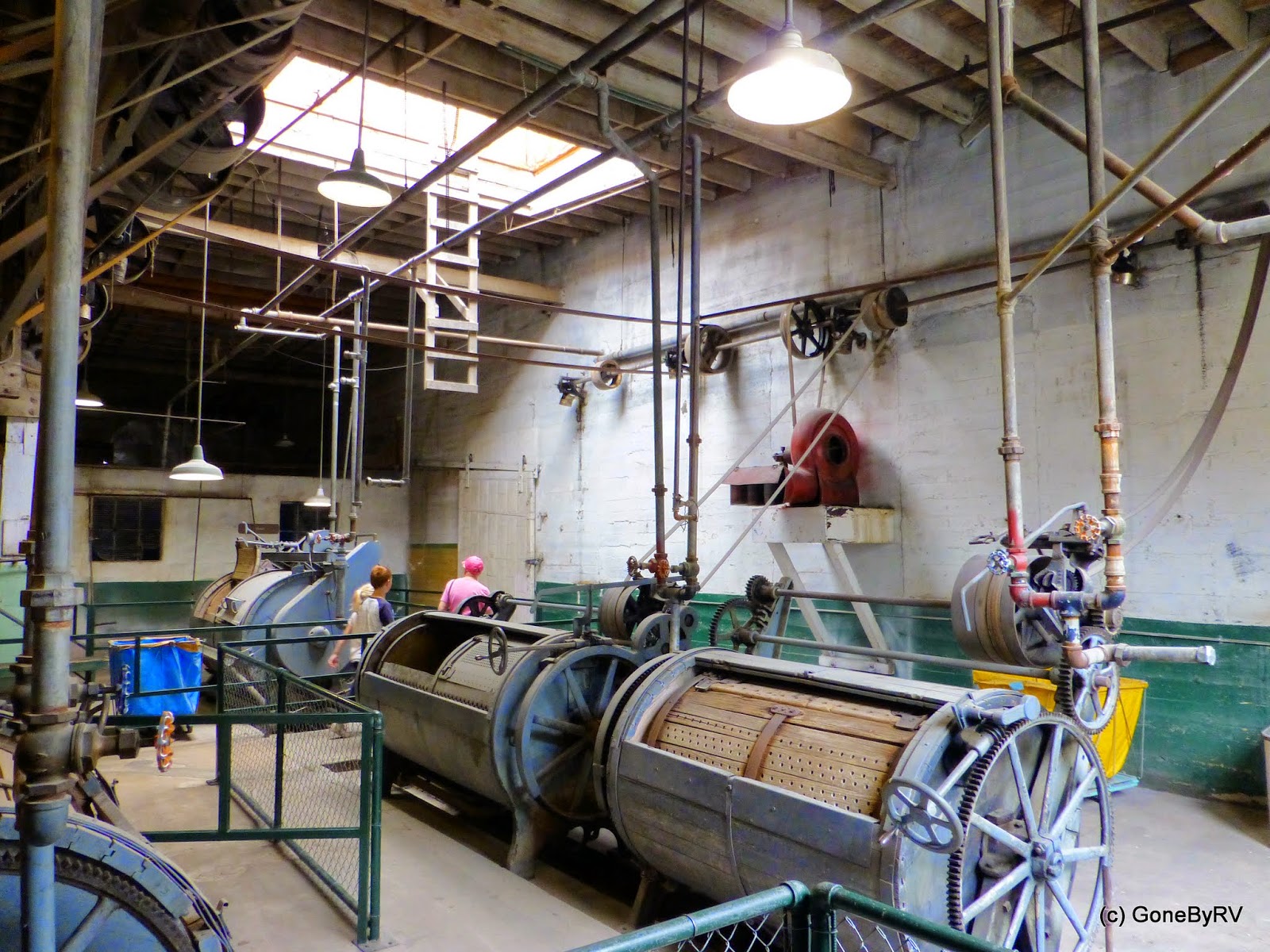 A large multi-purpose building constructed by prisoners in 1923 housed a shirt factory, a license plate shop, a shoe shop, a bakery, and a laundry.  Only the portion devoted to the laundry is accessible today. 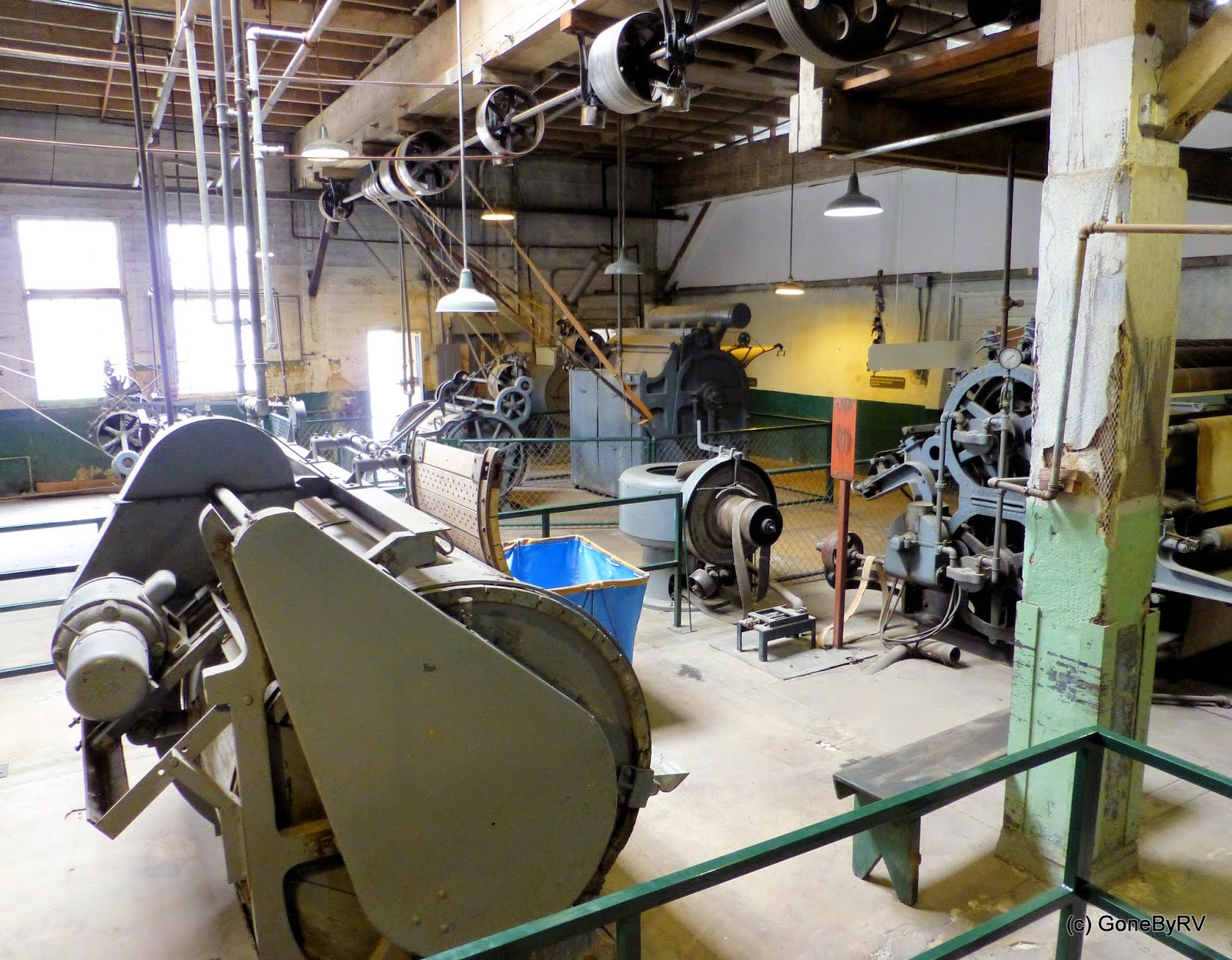 The laundry contained 4 washing machines, 3 dryers, a large machine for handling sheets, and a machine used to wring excess water out of the laundry prior to drying (sorry, I can't recall the proper name). 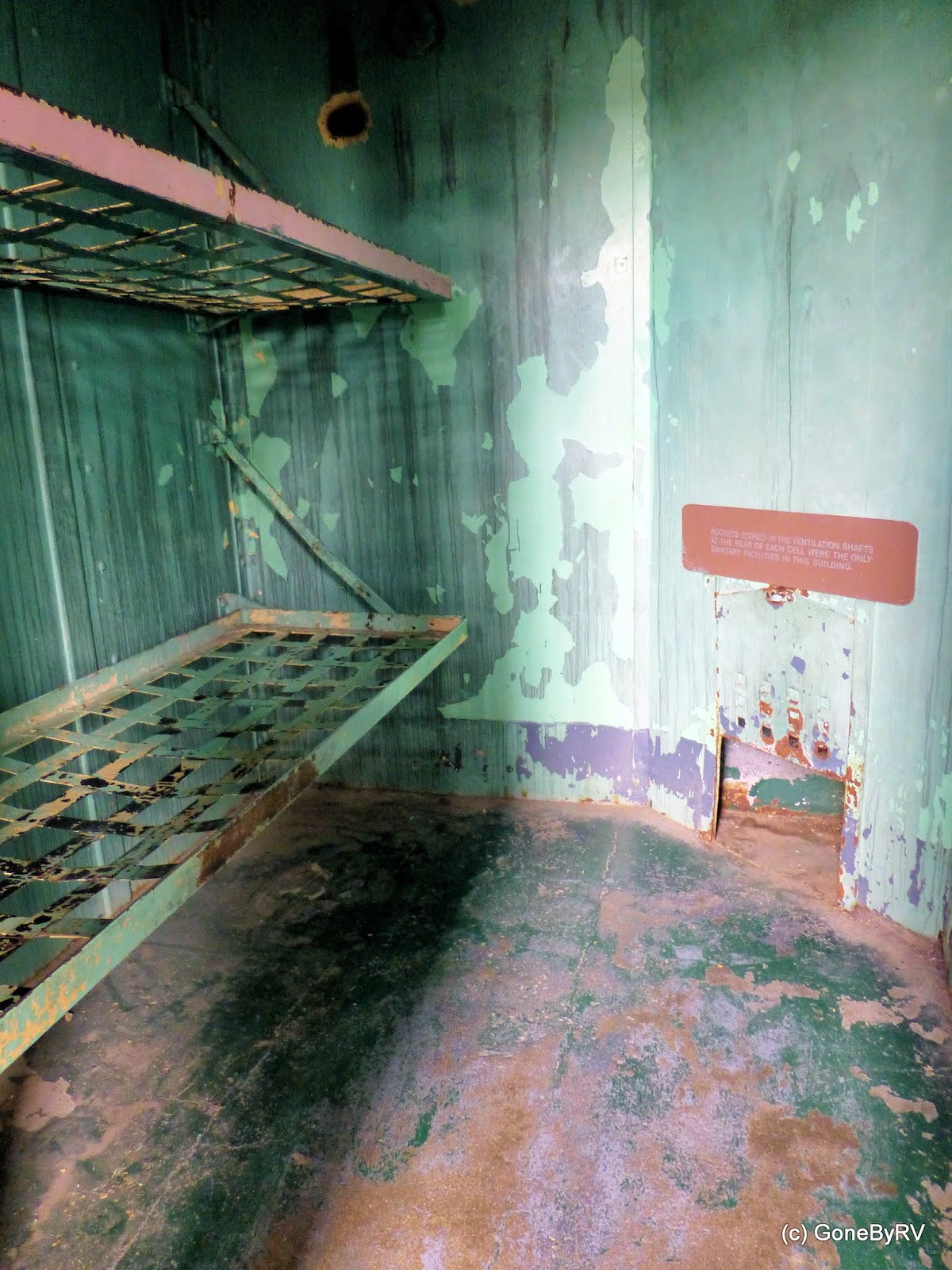 The "North Wing" was constructed in 1899.  It contained 2-man cells and no indoor plumbing. A "honey bucket" in the corner served as a toilet. Inmates burned this building in a riot of 1973. 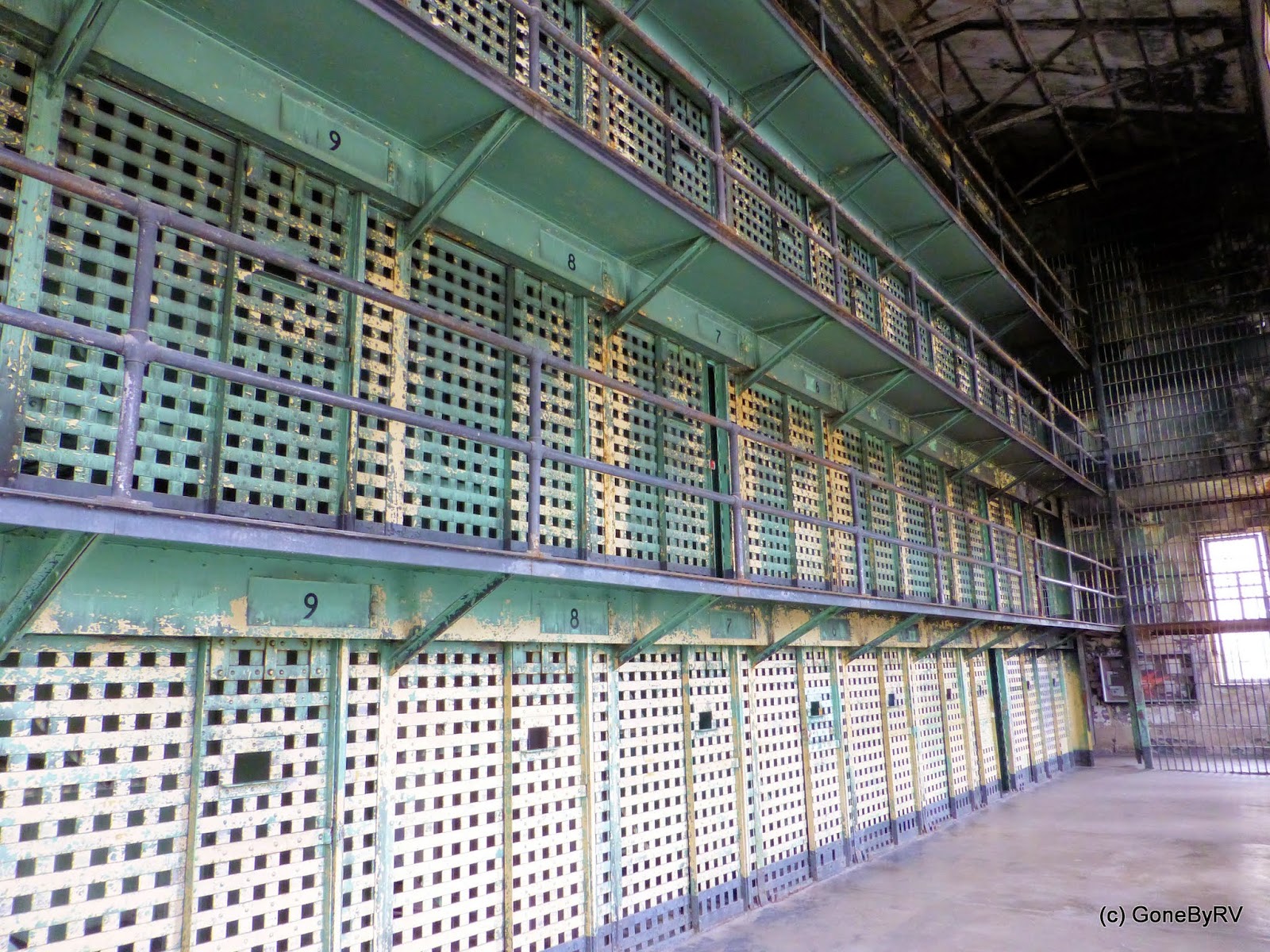 Here's a look at the same building. 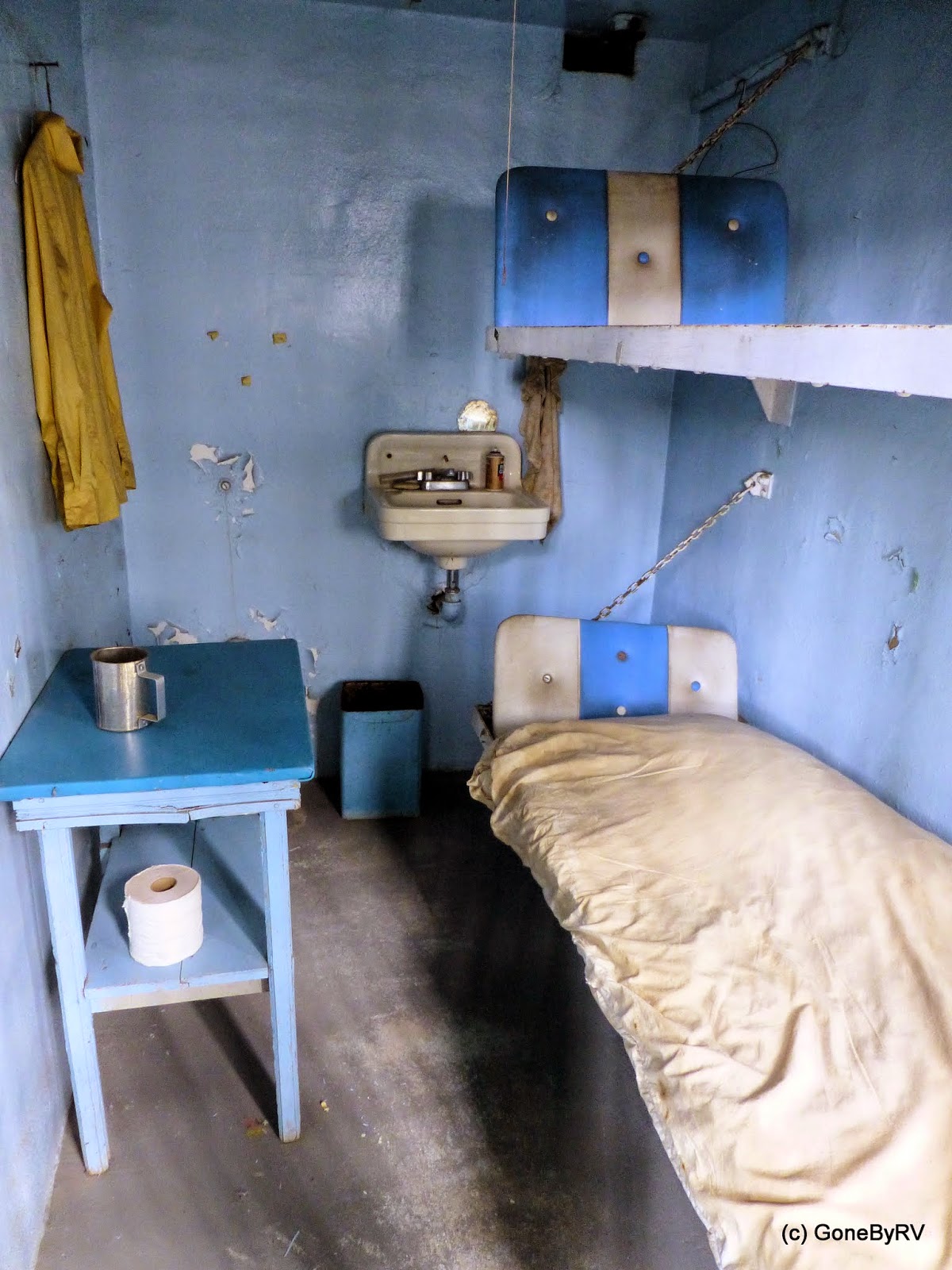 The "South Wing", also constructed in 1899, but originally to house a shoe factory.  It was remodeled in 1928 for inmate occupancy and became the first cell house with indoor plumbing. 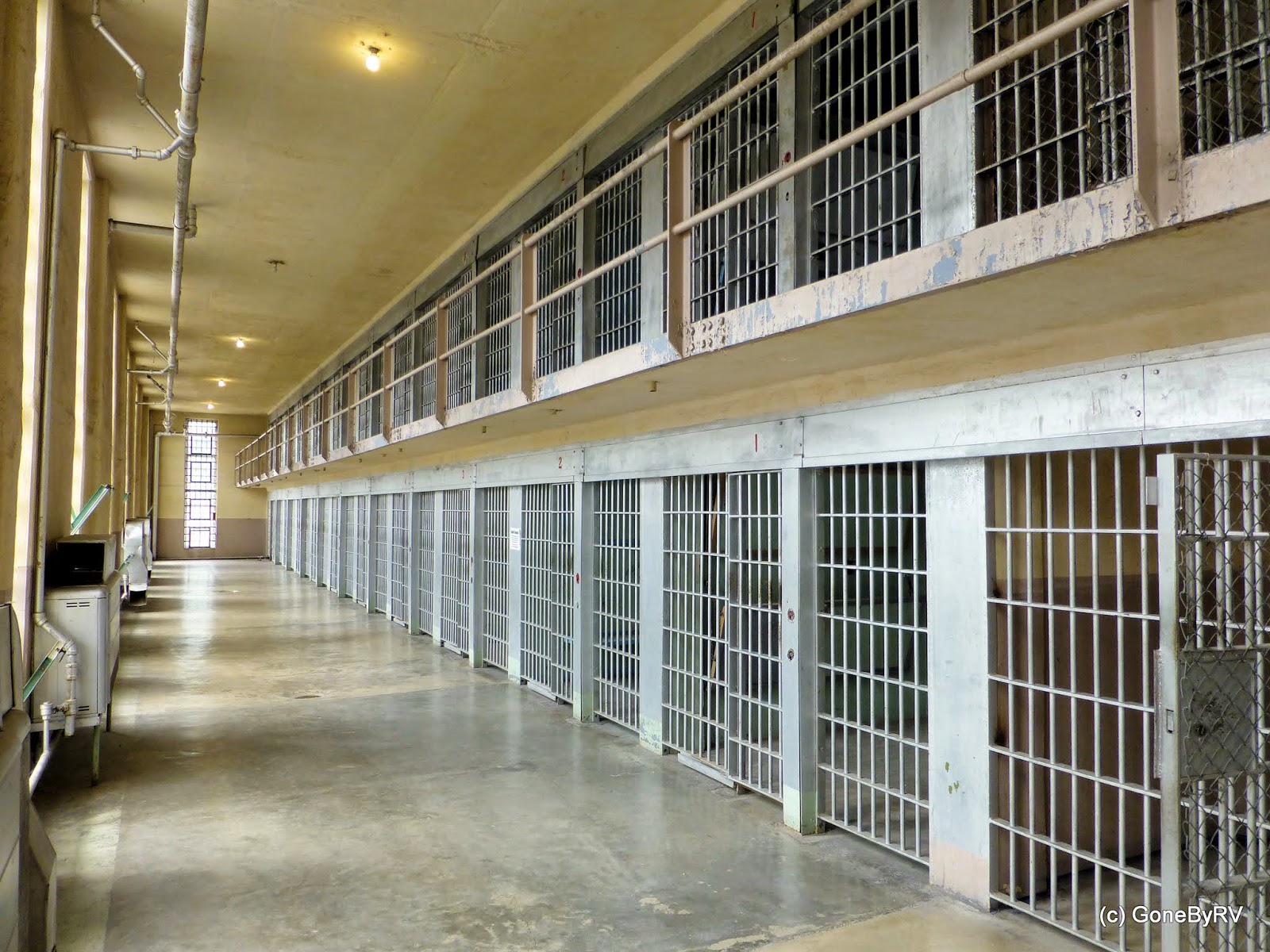 The largest and most recent cell house was built in 1952. Notice the changes from the older cell houses. 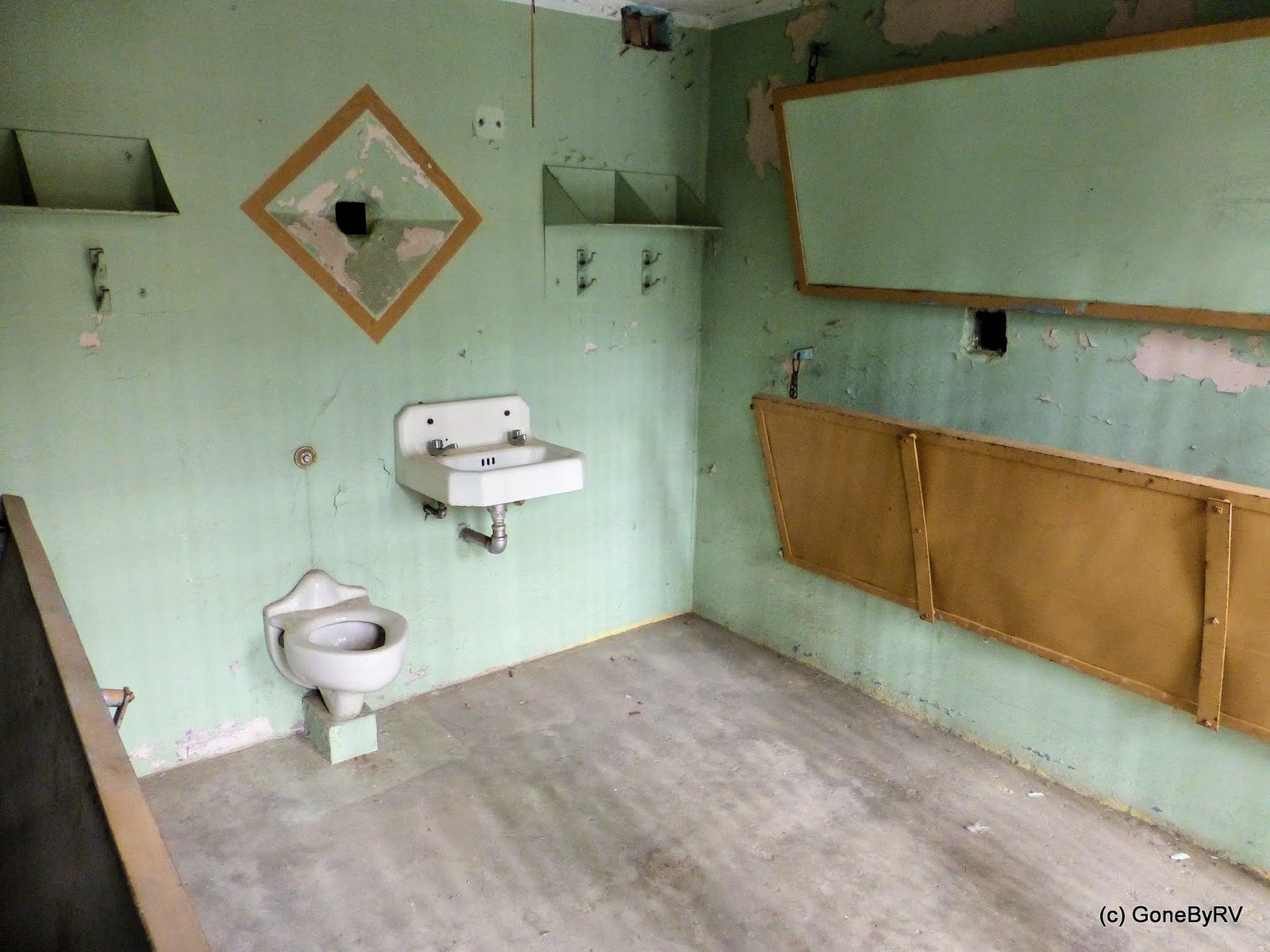 The newer cells housed 4 prisoners in each cell and prisoners were allowed to paint their cells. A barber shop was re-located into one of the cells within this cell house to enable guards to more closely monitor their activities. 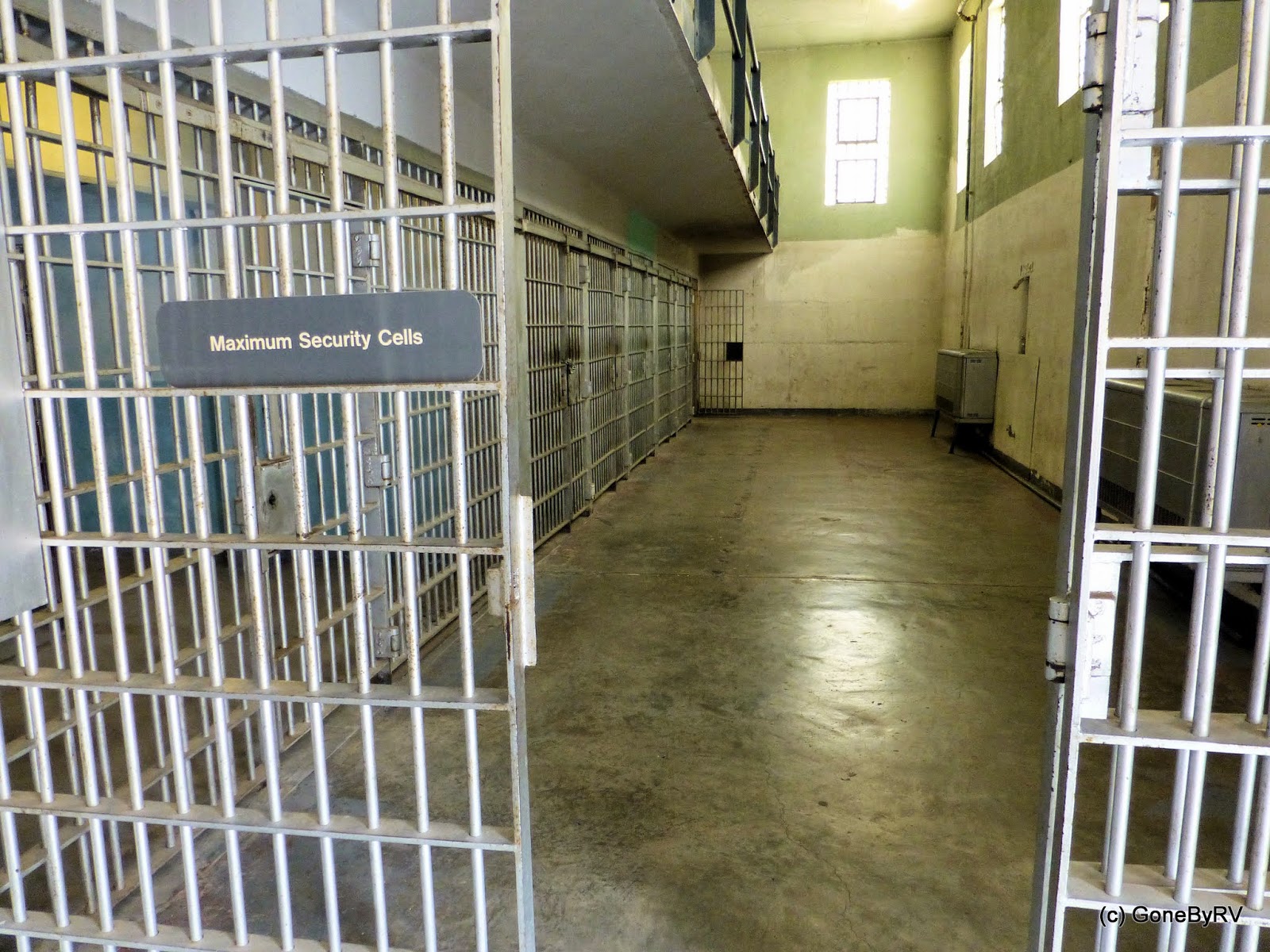 In 1954, a maximum security cell house was constructed to permanently house prisoners in solitary confinement.  The building also housed Idaho's "death row" and a set of gallows to carry out executions. 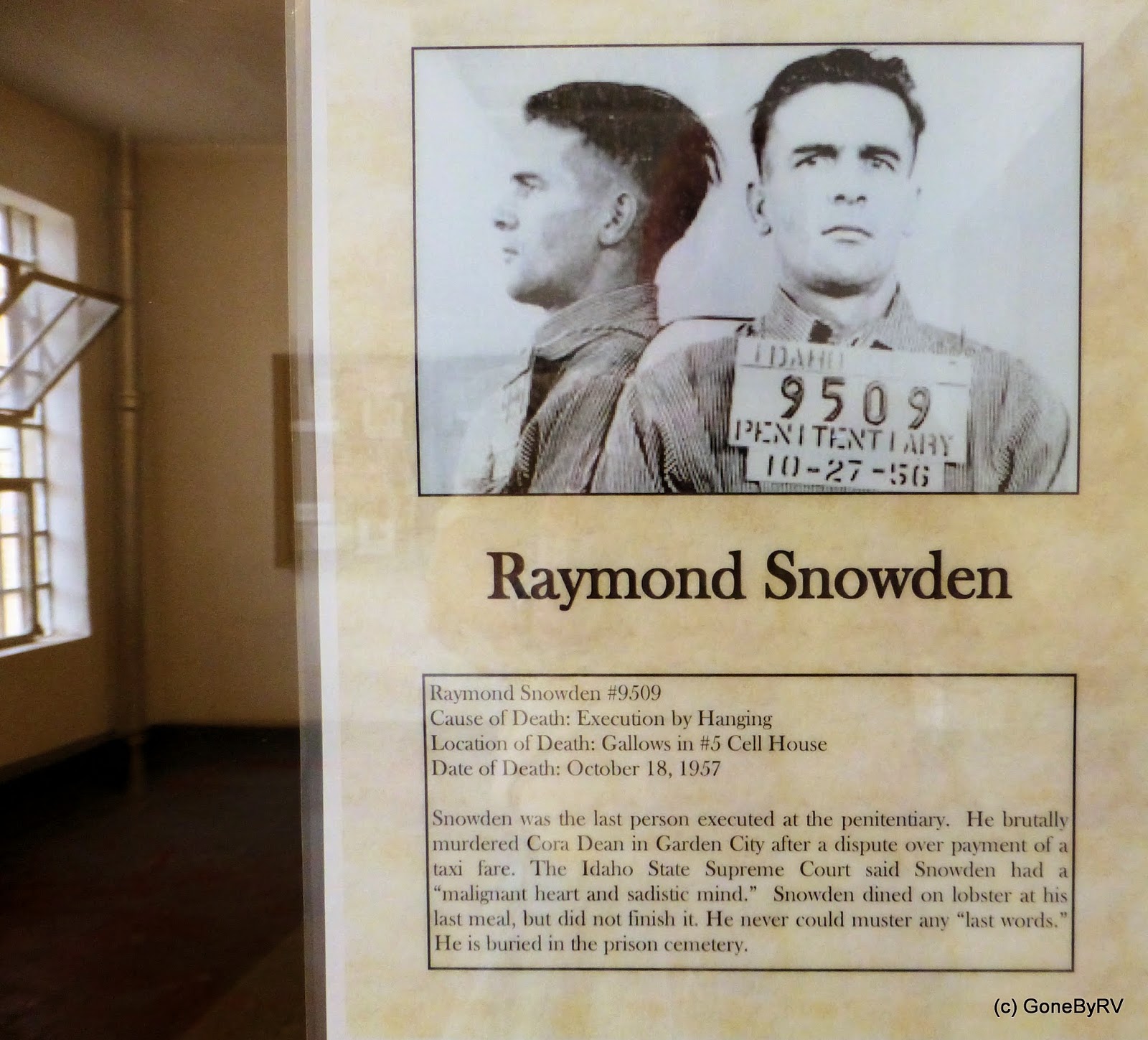 Ironically, Raymond Snowden was the only prisoner ever executed via hanging using these gallows as Idaho changed to lethal injection in 1957. 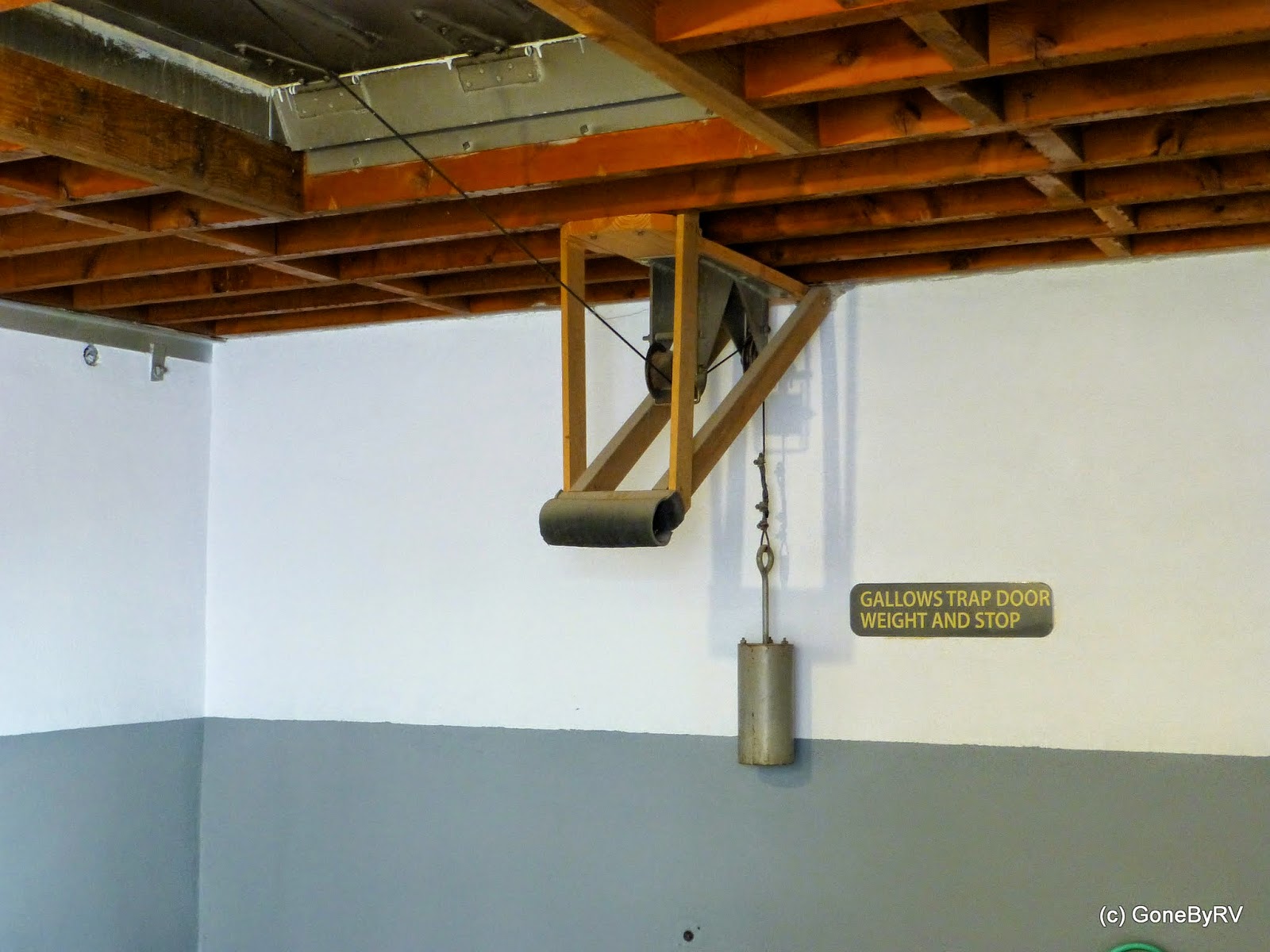 Here's a look at the "Drop Room".  You can see the trap door mechanism at the top of the picture. 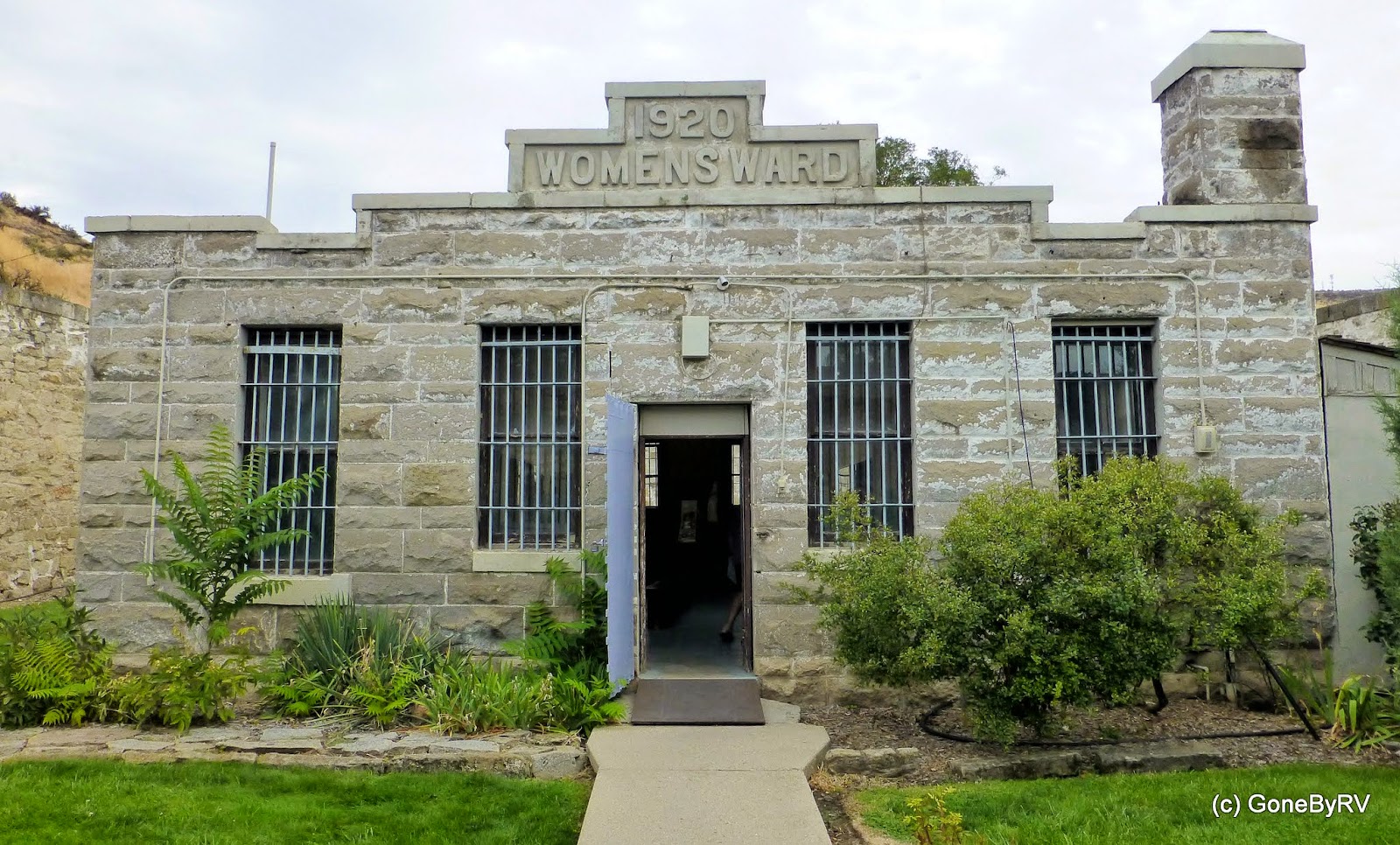 Although the Territorial Prison opened in 1870, it was not until a Women's Ward was completed in 1920 that male and female prisoners were housed separately. 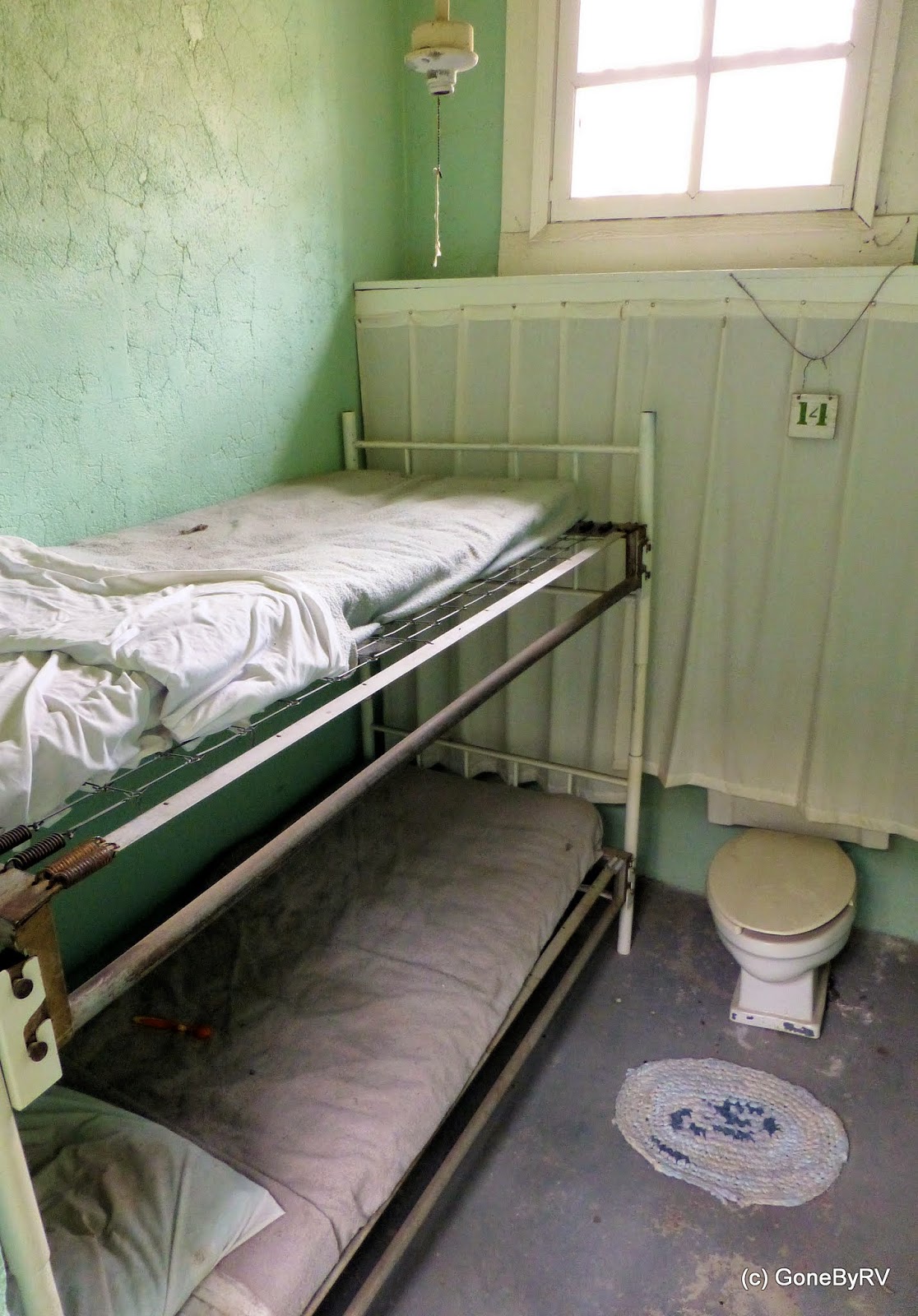 No woman was ever executed in the history of the Penitentiary.  The Women's Ward contained 7 cells holding a total of 14 women. 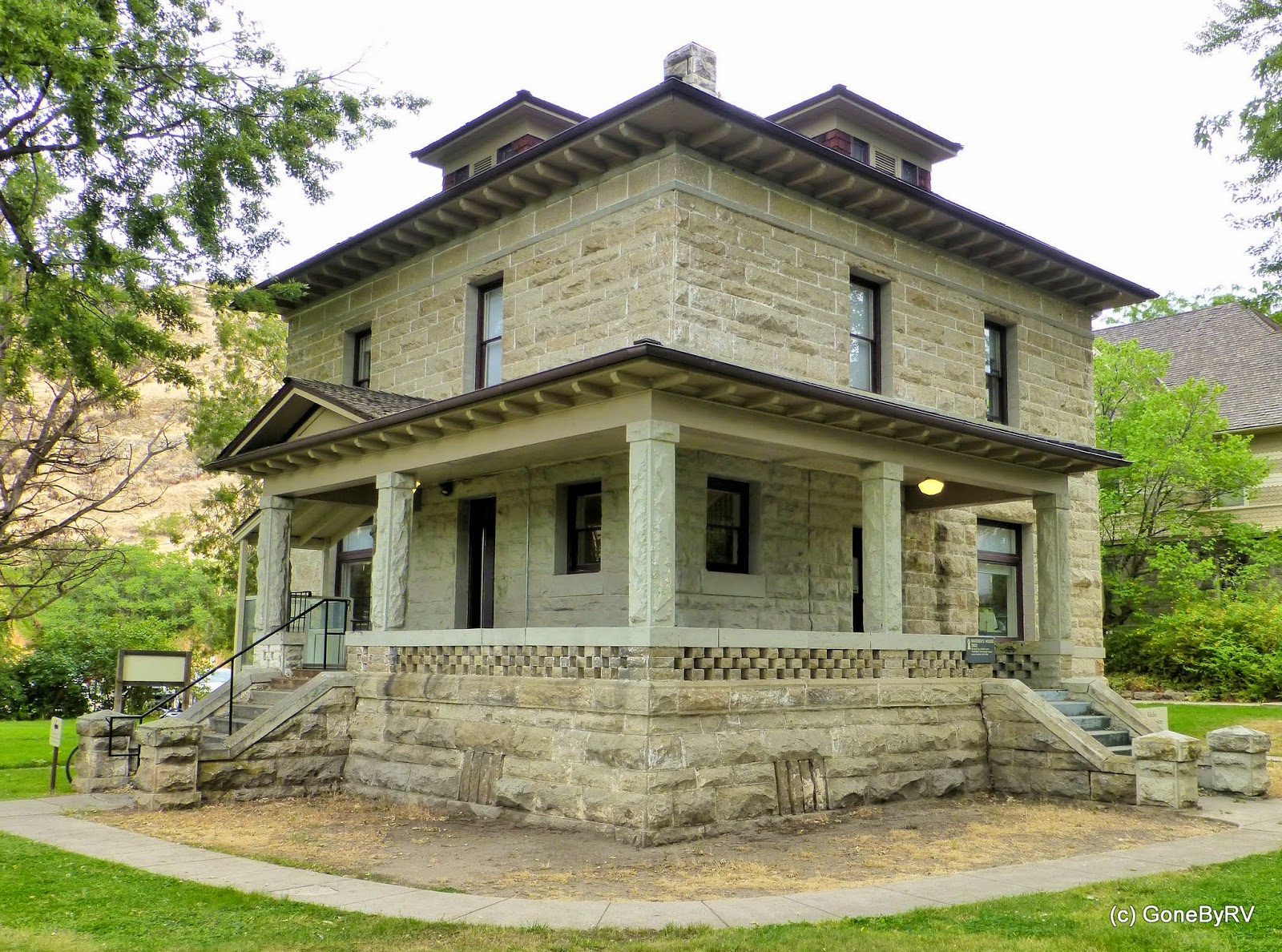 The Warden's House was located just outside the front entrance to the facility and housed wardens and their families from 1902-1954.


I know this blog entry was a big on the lengthy side, but I enjoyed learning about the facility and trying to imagine the conditions "back in the day".  Hopefully, I'll never have first-hand knowledge of such a facility, however.


Thanks for stopping by to take a look!
Posted by Steve and Karen at 1:22 AM