Posted from Gunter Hill COE near Montgomery, AL
(Click on Pics to Enlarge) 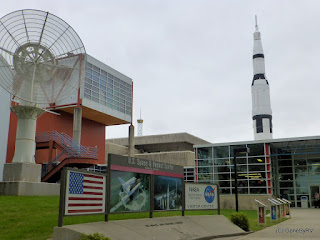 One of the reasons we decided to stay in the Huntsville, AL area was to visit the US Space and Rocket Center. If you’re interested in taking anything more than a cursory look at this collection, a multi-day visit will be needed.  On 5/21/15 we ventured over to the visitor’s center to plan our visit. 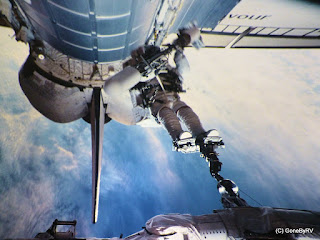 We decided that today we would watch a movie entitled Journey to Space in the center’s 67 foot high IMAX theatre. The film illustrated the evolution of the US Space Program.  Very well done! 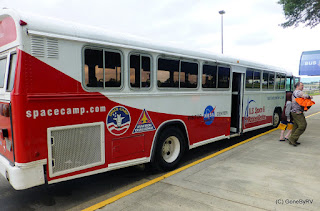 We also wanted to tour the Redstone Arsenal (an active Army base) which encompasses the Marshall Space Flight Center. This tour is only given once per day currently at 1:00 PM. 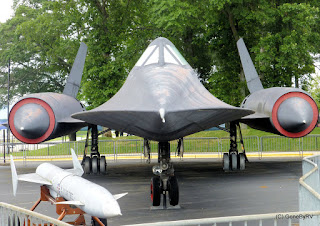 As we had several hours before the Redstone Arsenal Tour began we wandered around looking at the “free” exhibits around the visitor’s center.  The A-12 Blackbird is positioned just outside the entrance.  This plane amazes me in that it first flew in April of 1962. 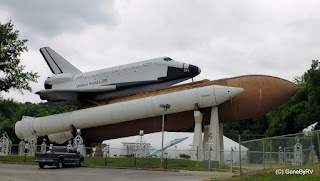 Also on display is the space shuttle Pathfinder.  Although the Pathfinder never made a trip to space, it was used as a trainer here on earth.  The “stack”, a combination of rocket boosters, shuttle, genuine shuttle main nozzles and genuine external tank make this the ONLY such display in the world. 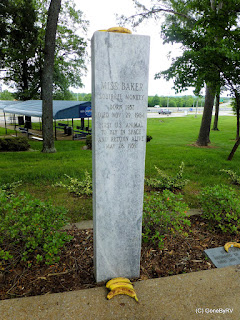 In the early days of our space program animals were first sent into orbit before attempting the same with humans. Miss Baker was a 1-pound squirrel monkey. Her grave is just outside the entrance doors to the visitor’s center.  She, along with Miss Able, were the first US animals launched into space and recovered alive. The pair spent 16 minutes in space on May 28, 1959. (Miss Able died on earth while surgeons attempted to remove implanted electrodes.) Miss Baker continued to live for a total of 27 years before dying in 1984. 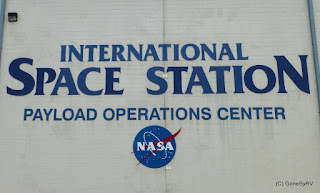 One of the first stops on the tour is at the International Space Station’s Payloads Operation Center. 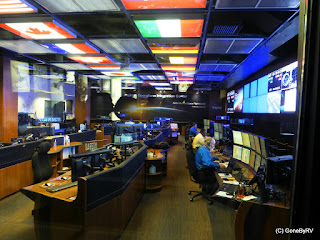 After a brief explanation you get to view the actual control room where the operators are in contact with the astronauts in the ISS. 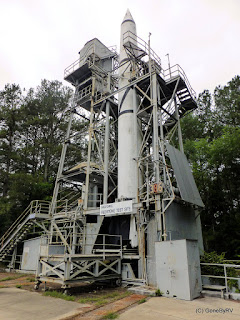 The next part of the tour continues on to the now historic Redstone Test Stand where static testing was done on many of the early rockets. 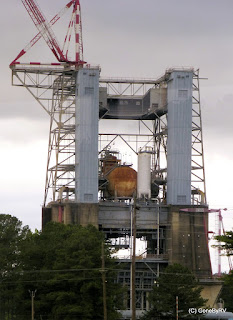 Nearby is the dynamic test stand where early tests were done on the Saturn V project rockets.  Actually, this stand is still in use today (Notice the small white rocket). 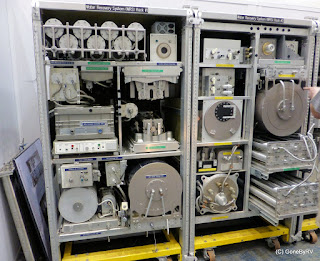 I thought the next stop at the Environmental Control and Life Support Systems (ECLSS) building was very interesting.  These folks deal with the day-to-day operations experienced by the astronauts.  This could mean designing systems to re-use and recover fluids to be used as water, to dealing with astronaut hygiene. 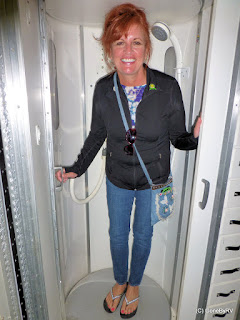 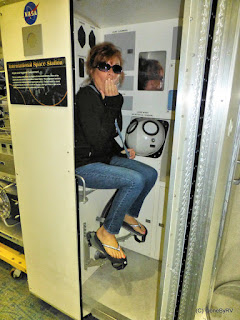 Of course, the group had questions about using the toilet in space, so I had to include a picture of that.

Thanks for dropping by to take a look!
Posted by Steve and Karen at 11:15 PM