Where Has This Winter Season Gone?

Wow!  Our time here in Casa Grande has truly flown by this winter.  We've been here since October 15th and we'll be moving on on April 15th.  The mass exit of the "snowbirds" has really gotten underway since April 1st. 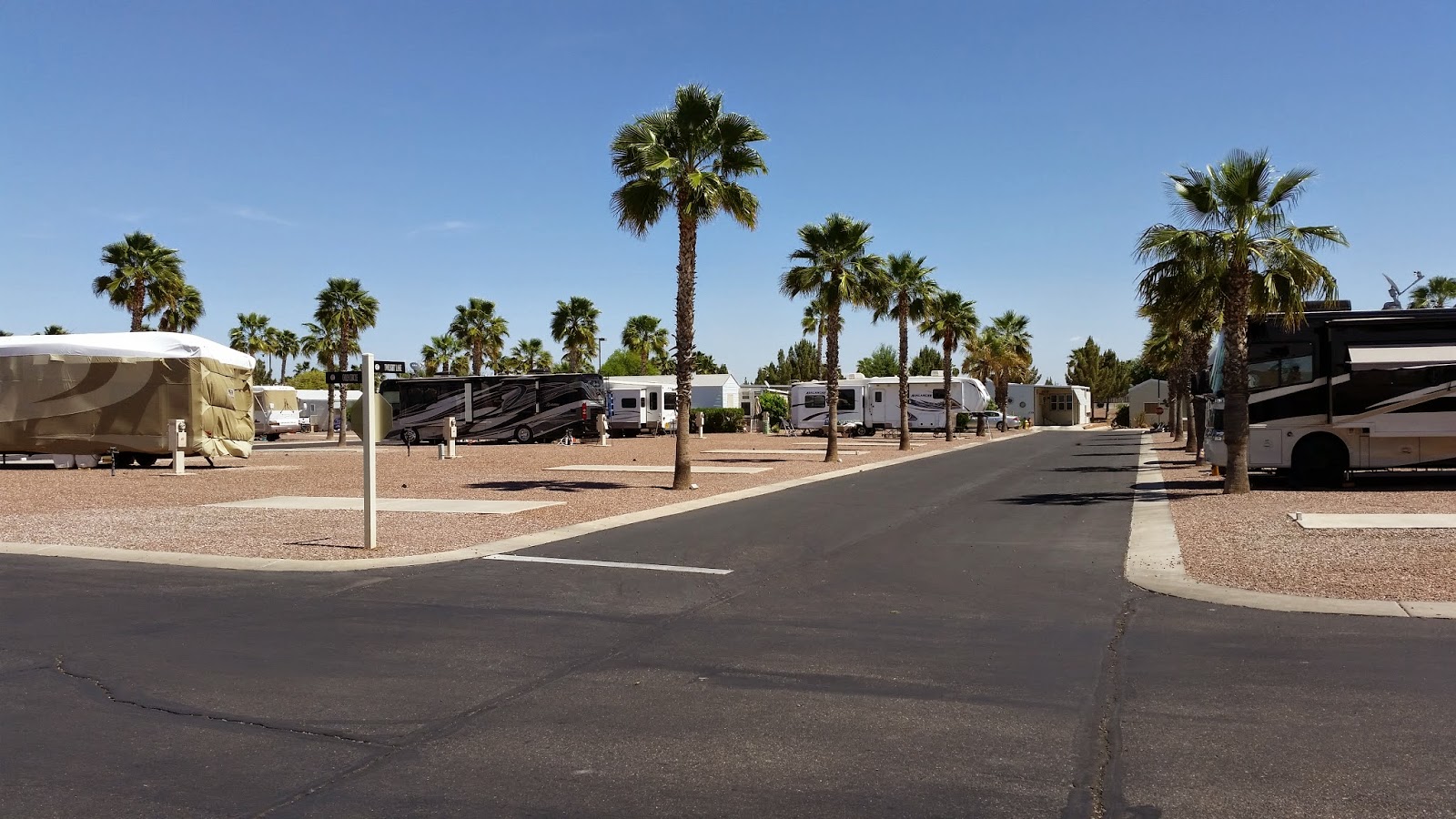 Palm Creek had a record year for filling spaces this winter and all of these now empty spaces you see in this picture were filled with RVs not too long ago.  It's sad really as we've seen many of our friends leave, but console ourselves with the knowledge that we'll see them again next winter.

It also means that the pickleball tournament season is winding down in this area as well.  I had the opportunity to play in several tournaments this season with my two partners Ken Hague and Bill Pitzl.  Thank you to both of you guys for putting up with me.  Aside from the one medal Ken and I won in our resident tournament, Bill and I were  only able to say that we gained valuable tournament experience for the future.  (I guess that's a nice way of saying that we lost!) 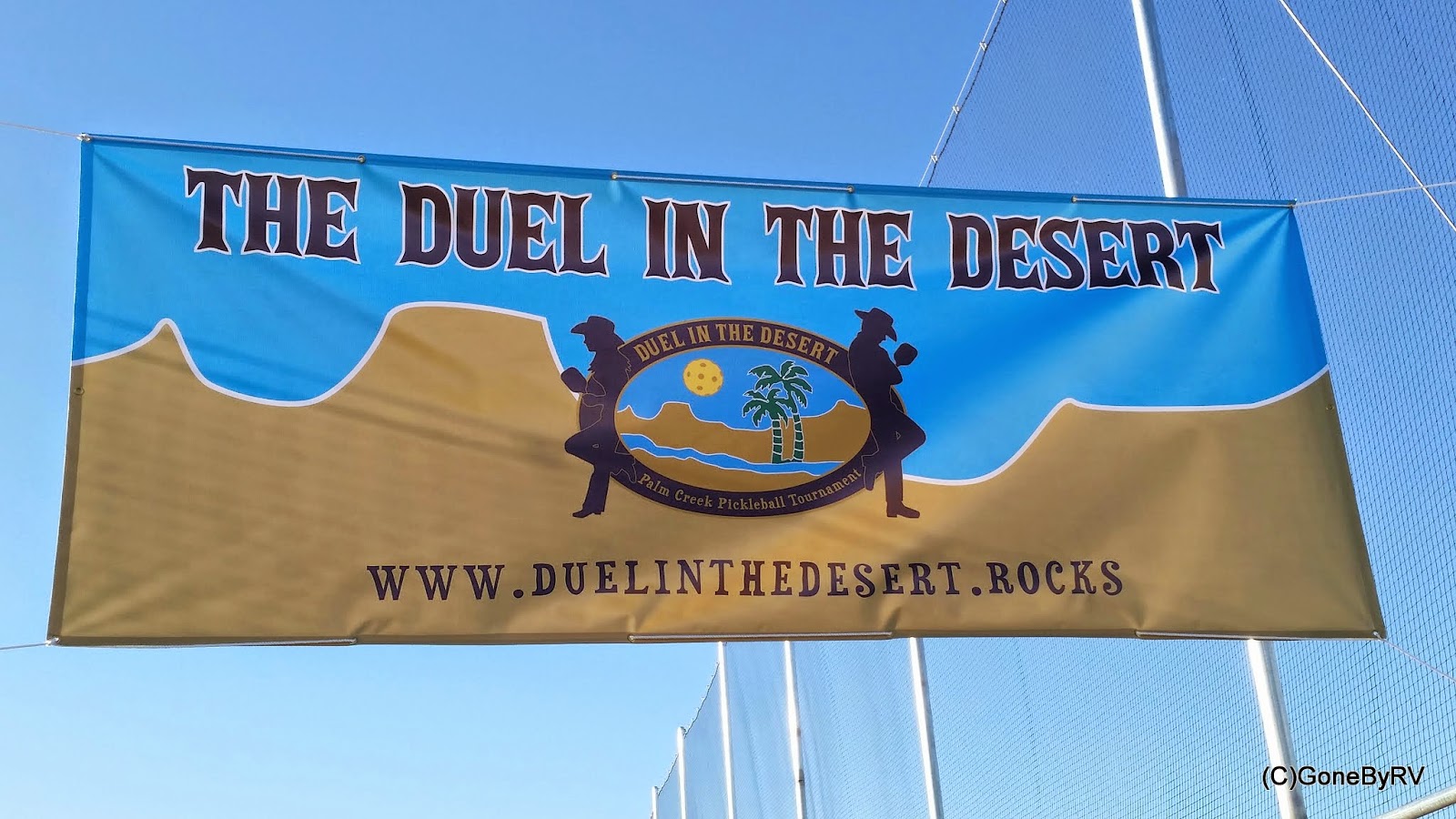 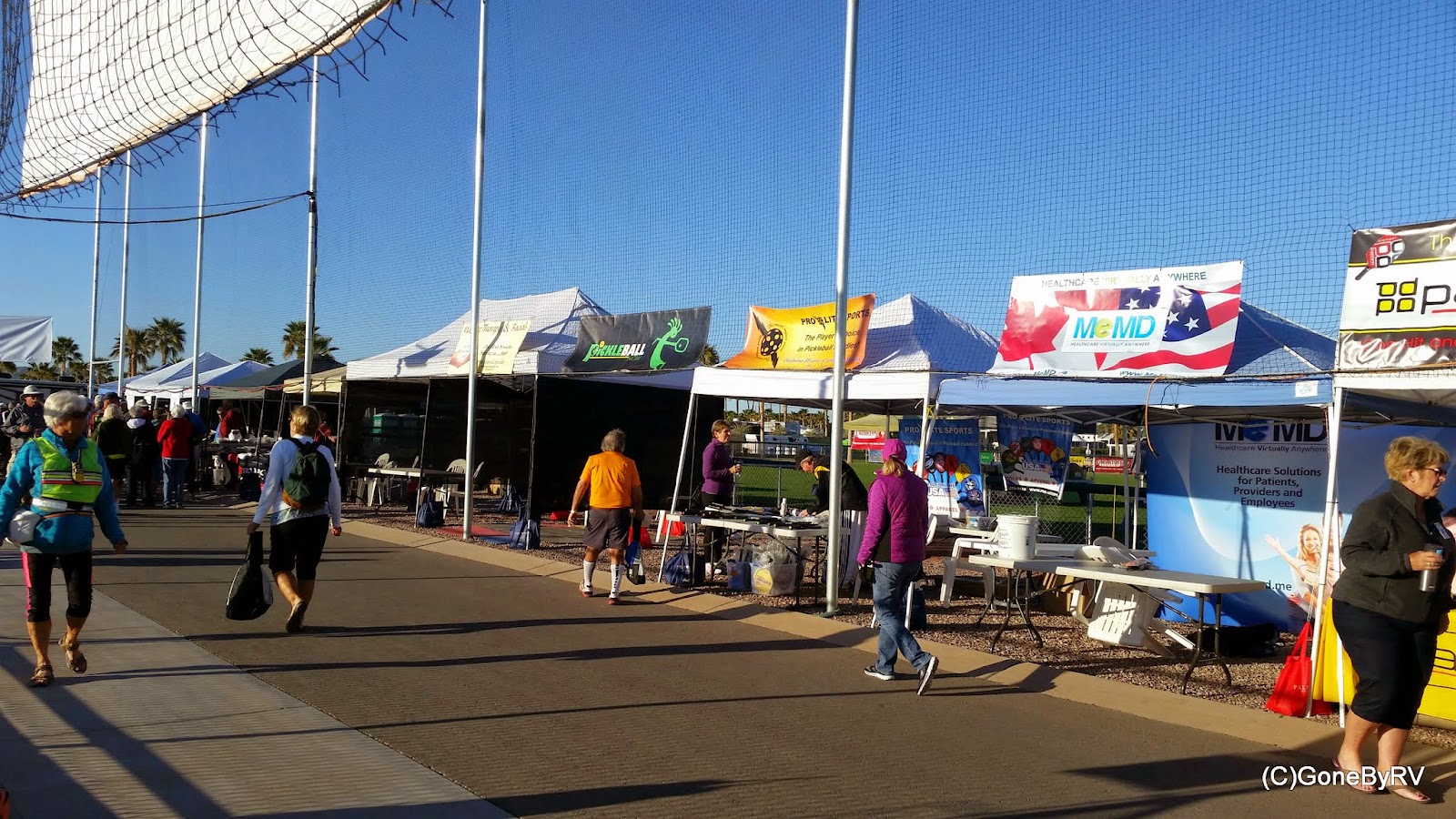 These tournaments not only showcase some of the very best pickleball players around, but we had many vendors selling everything from paddles to jewelry to ice cream. 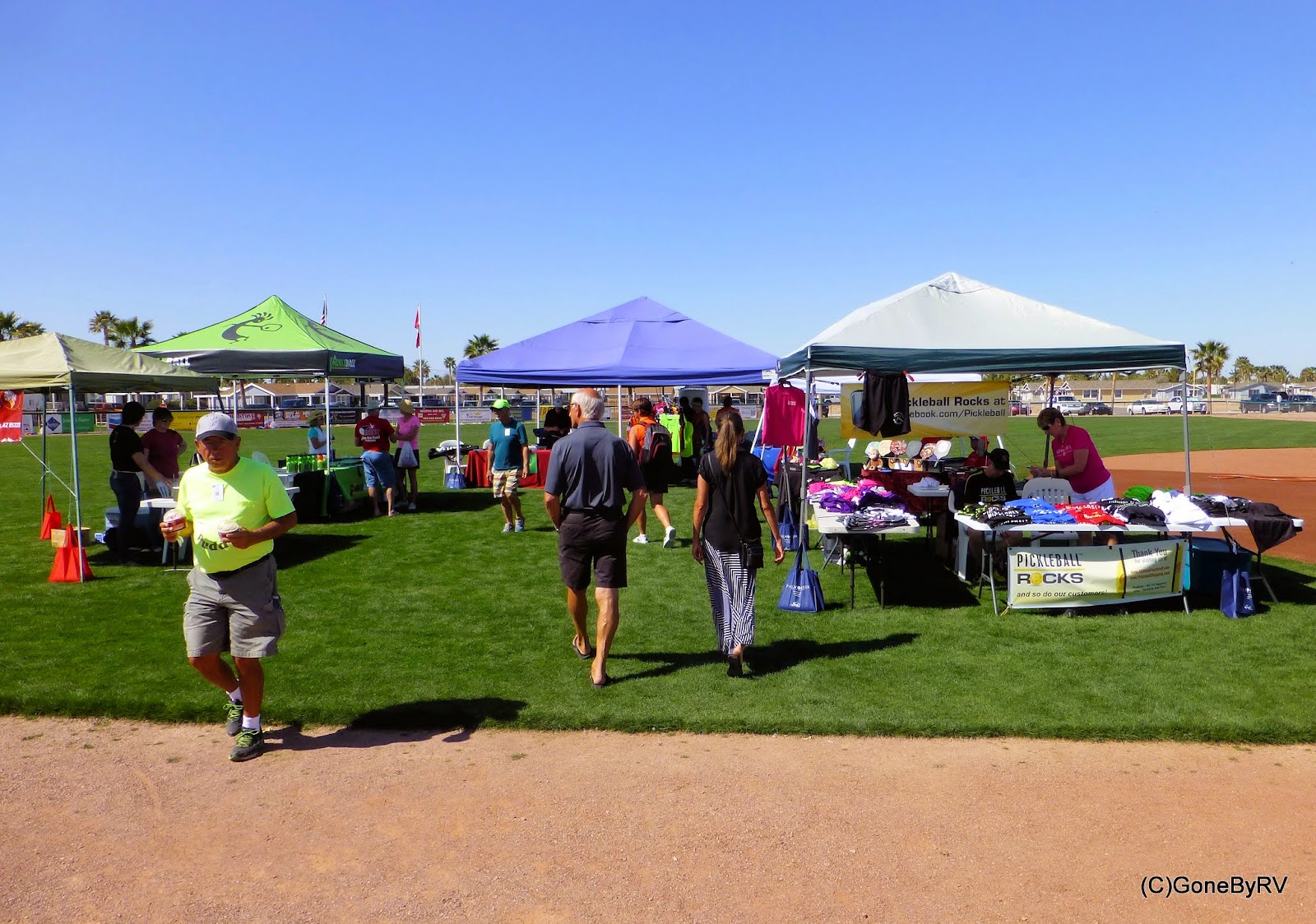 More vendors over on the adjoining outfield of the softball field.


This past Saturday the park held a farewell party and called it the "Aloha Party".  It was another beautiful day here and was well attended. 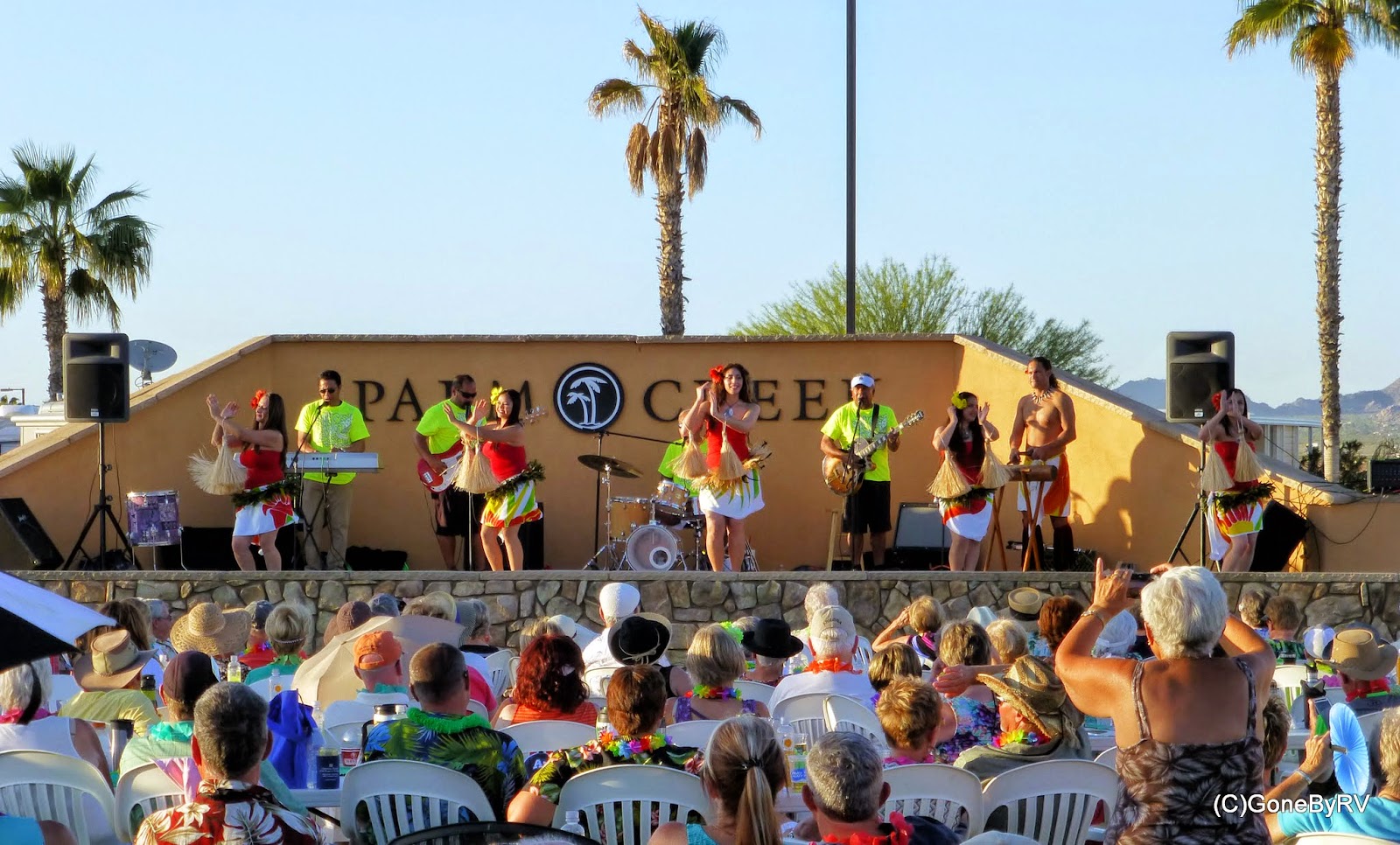 A group of Polynesian dancers performed, a fire dancer gave a demonstration, food was available, and a good time seemed to be had by those in attendance.

We will certainly miss all of our friends, both old and new, here in Palm Creek, but look forward to good times together again next winter season. 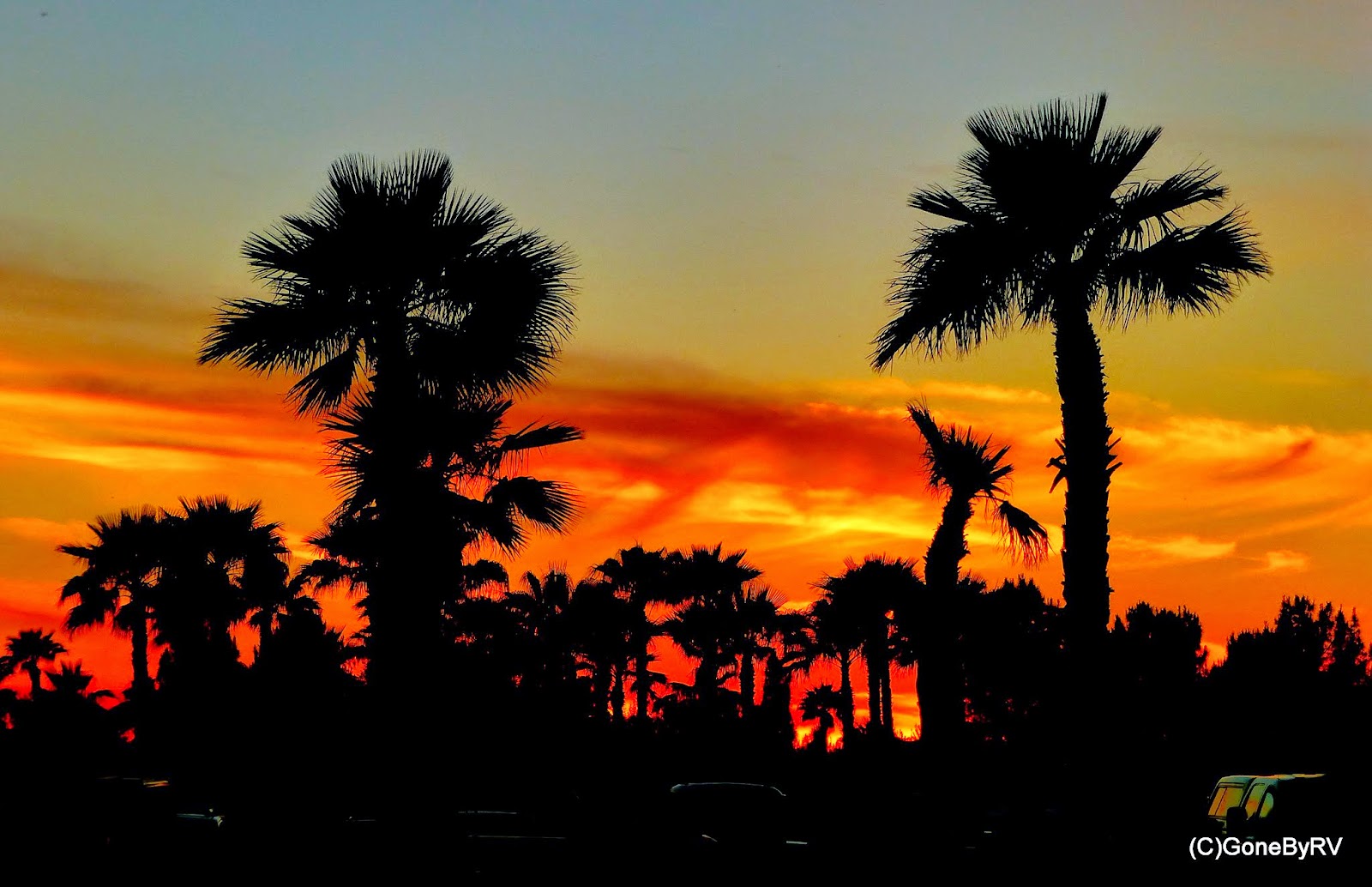 We've had some great times during the past six months and the sunsets never disappoint.