What happened to Steve and Karen?

Well, nothing, really.  We've just been in the same location for the winter and I haven't felt the need to blog about our "daily" activities.  Looking back, though, I can't believe it's been 3 months since my last blog. We actually received several e-mails from readers asking if everything was alright. (Thanks folks.) 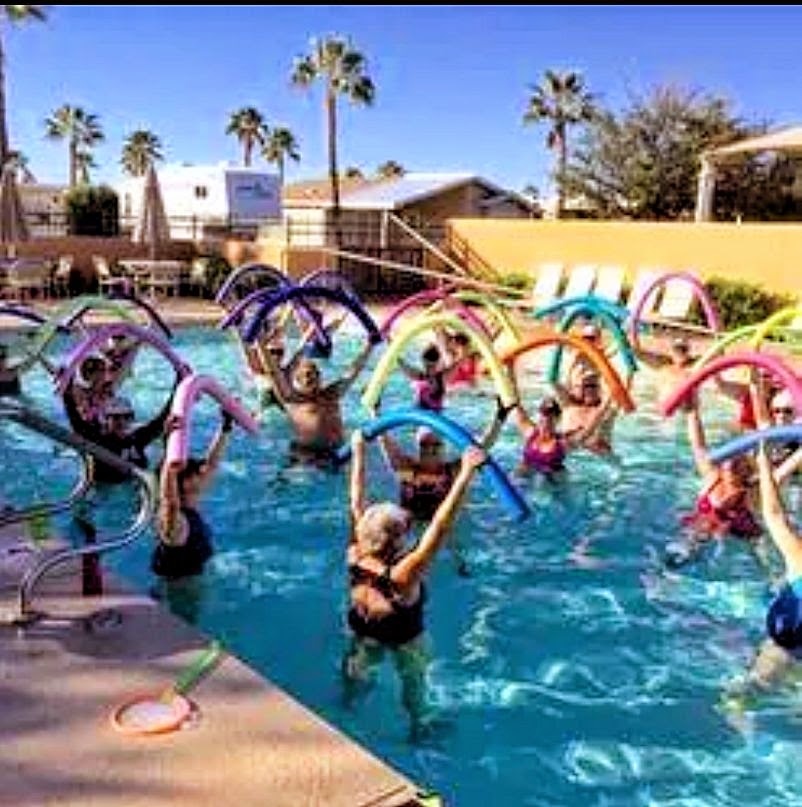 Karen has been enjoying alternating daily between water aerobics and pickleball. 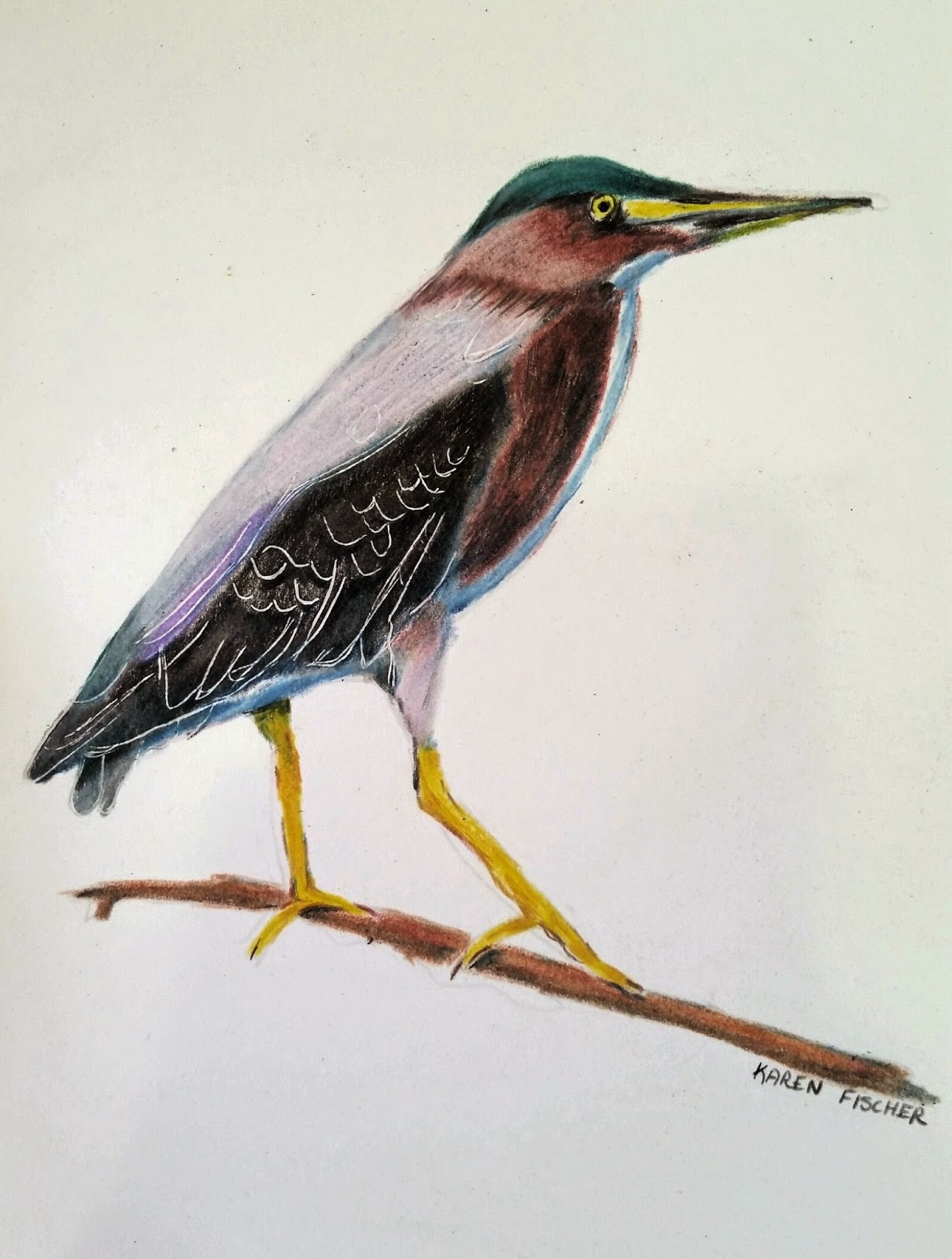 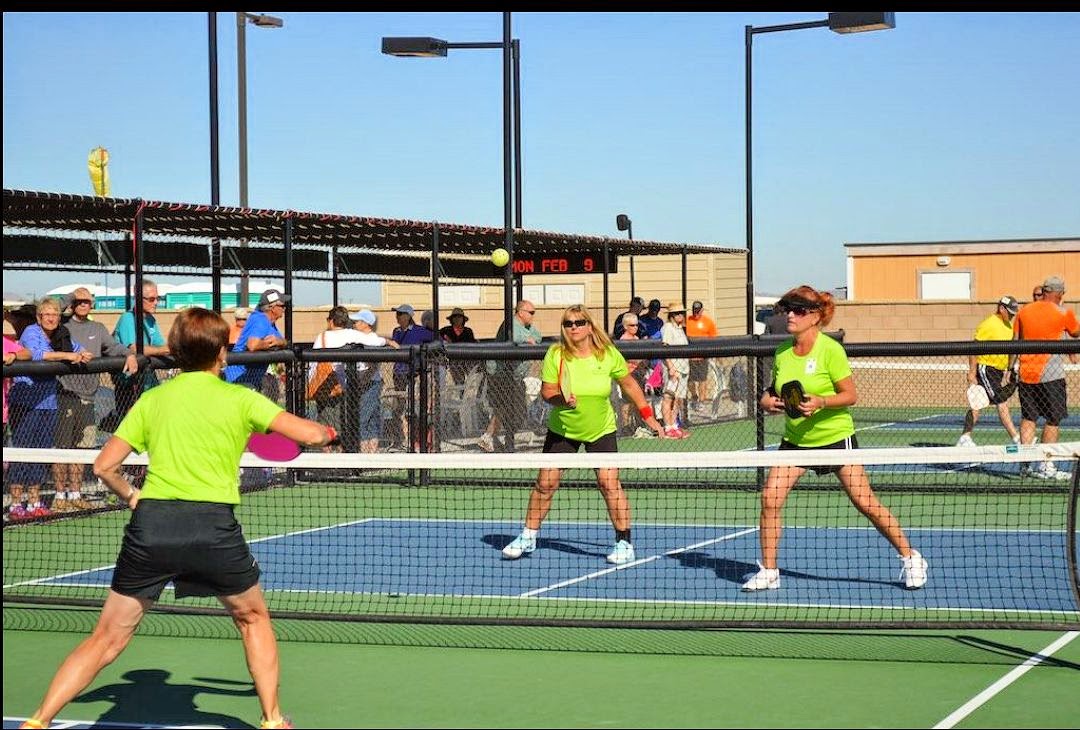 I, of course, have been playing a lot of pickleball.  The resort had an in-house pickleball tournament in mid-February.  I believe we had approximately 260 players participate.  Karen played Women's Doubles 3.5 with a partner she'd just met a week or so before.  They didn't medal, but played well considering their limited playing experience together. 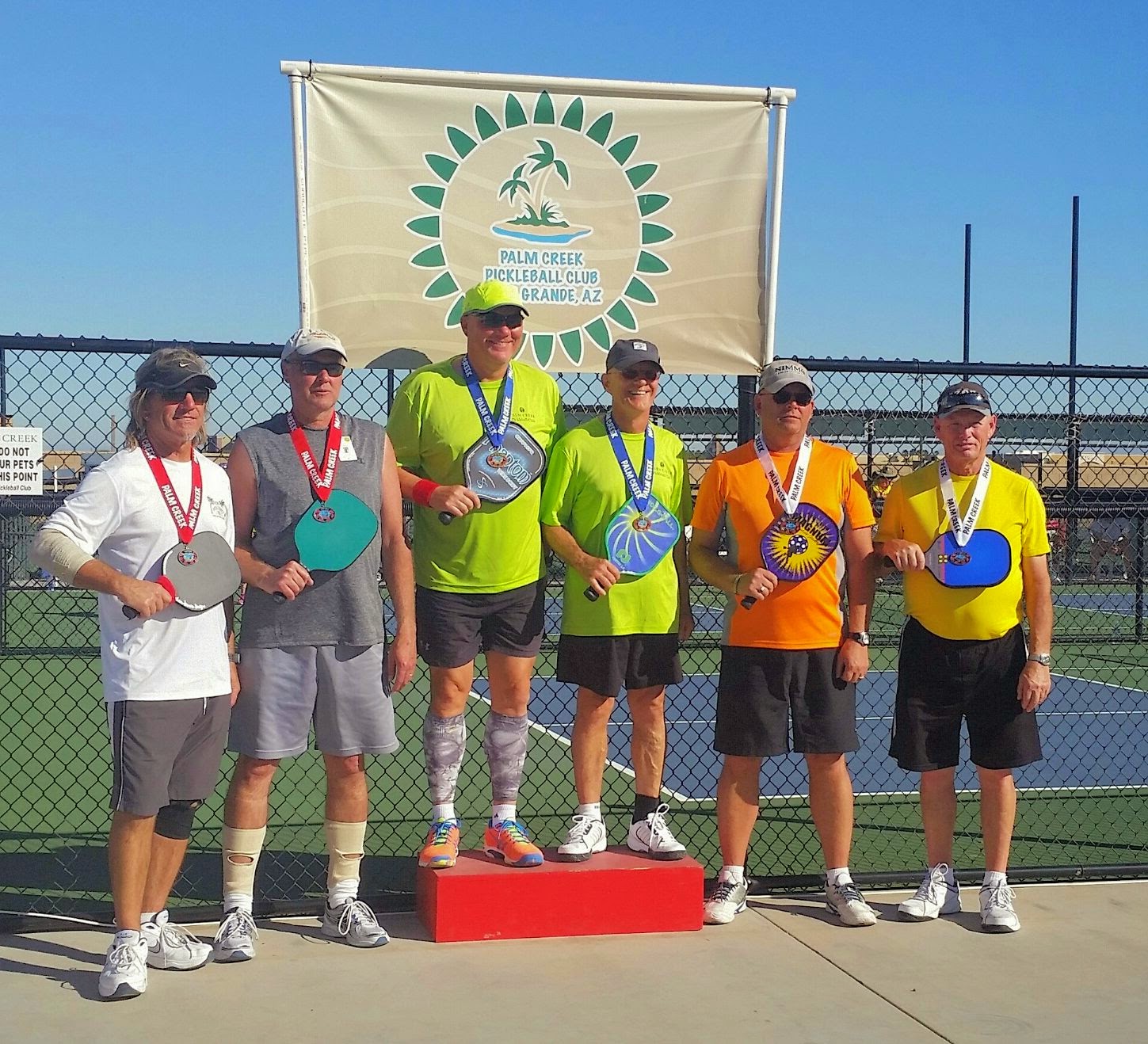 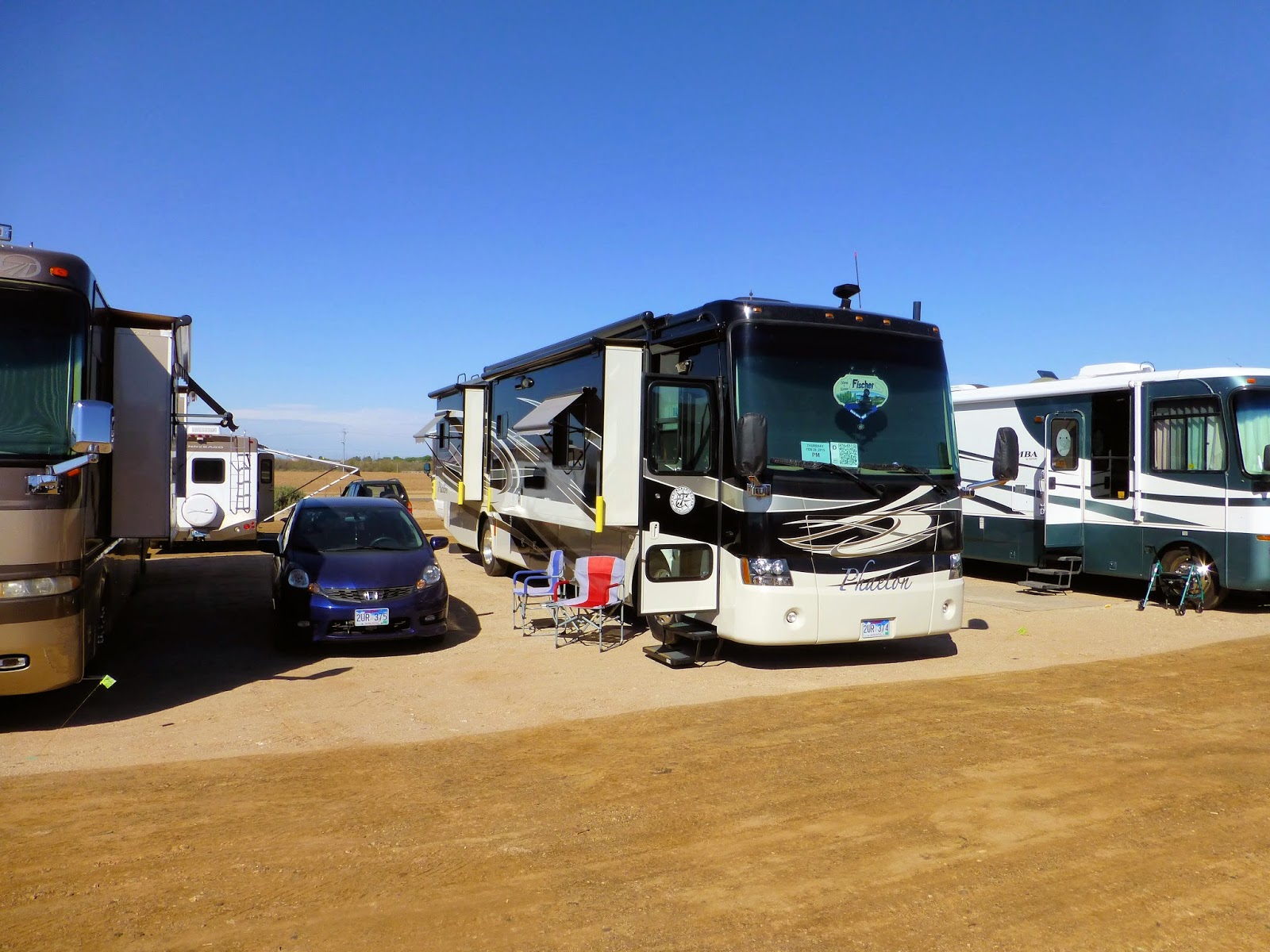 On February 26th we took a break from the Palm Creek "summer camp for adults" atmosphere and pulled the MH up to the Good Sam National "The Rally" at the Phoenix International Raceway. I was actually surprised at how much room we had between rigs. Much more than some rallys we've attended. 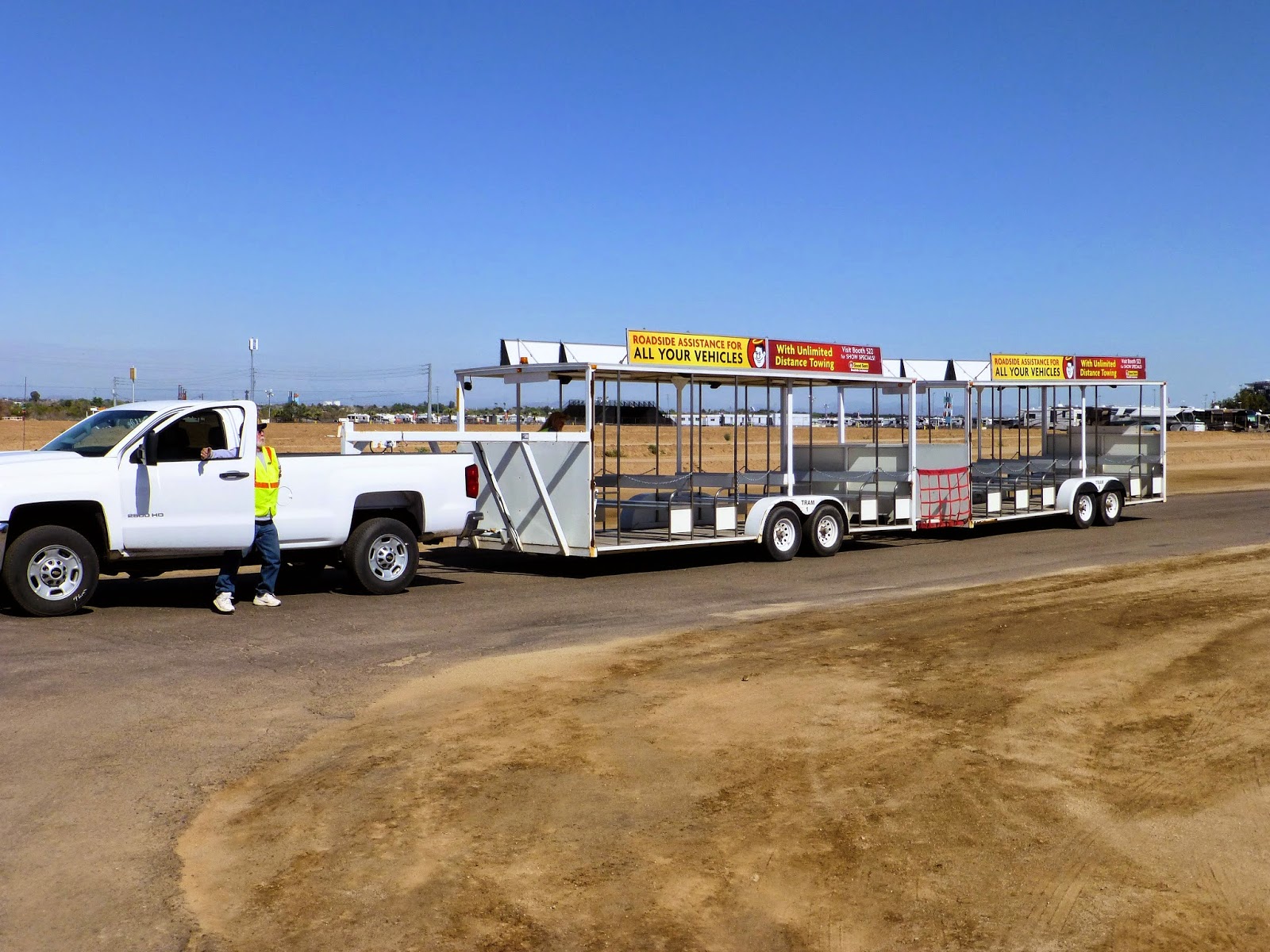 We had been informed that the parking at these events would be less than ideal, but the tram system worked well and moved folks efficiently back and forth to the inside of the track from even the considerable distance we were parked. 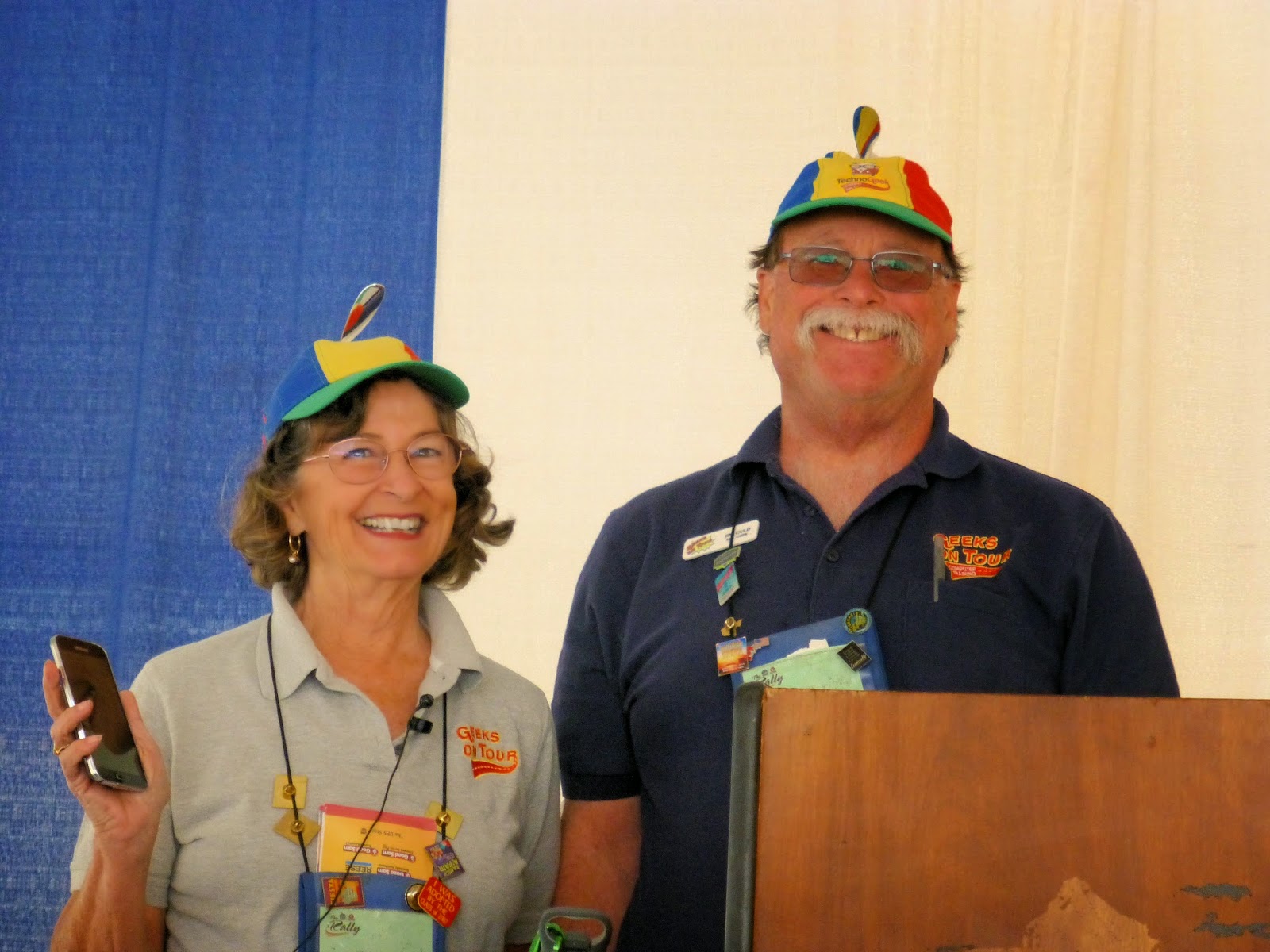 We had a nice time attending the many educational seminars.  We went to several seminars given by our friends Chris and Jim Guld of GeeksOnTour.com.  We always enjoy learning new tidbits of technology from the Gulds. 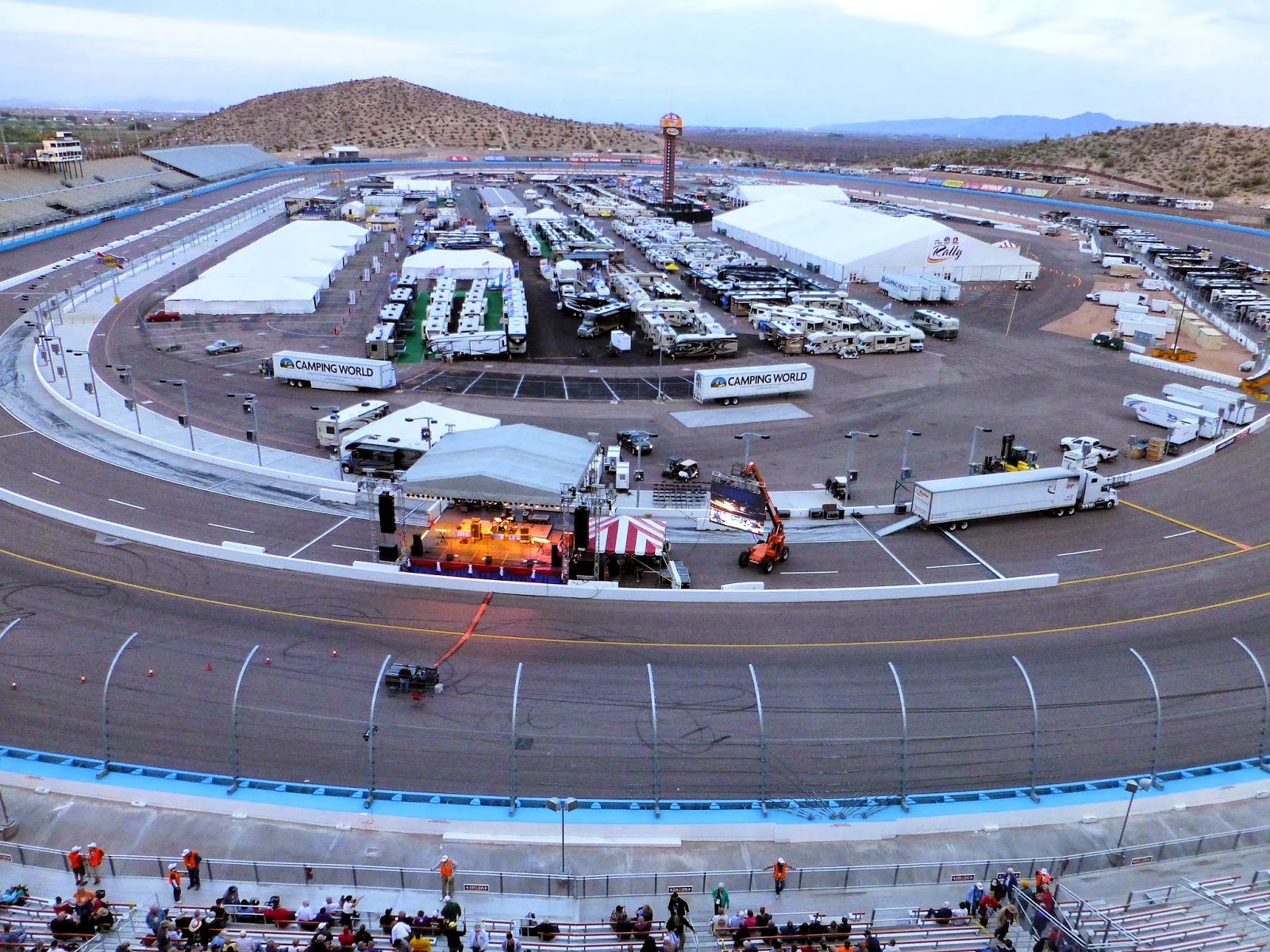 There was musical entertainment on the stage each evening, although the sound properties left a bit to be desired. The stage was set up inside the track and the crowd used the track seating in the grandstands. 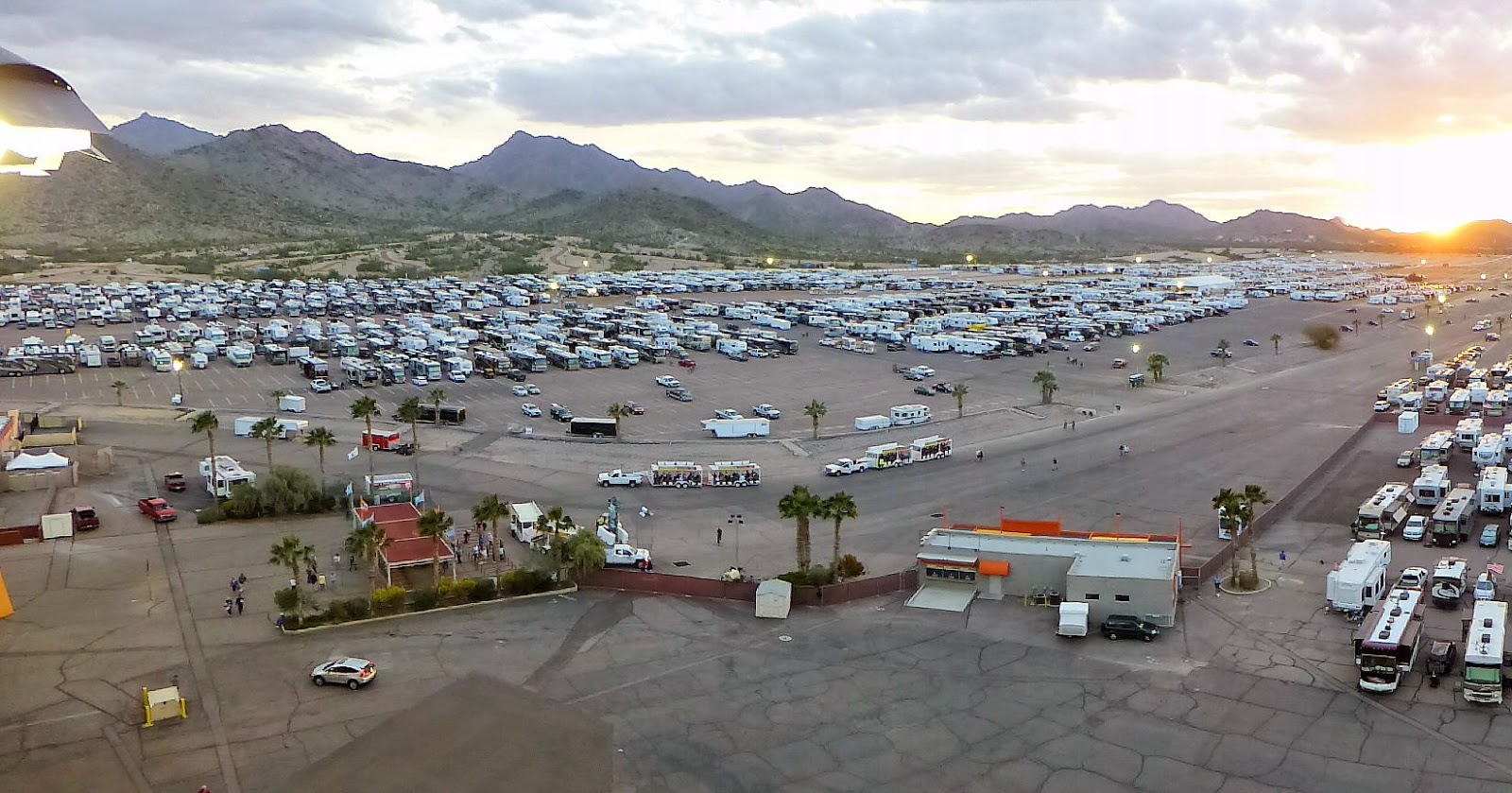 This was our first Good Sam national rally to attend and we had an overall good time. We'll probably attend another one someday.  It was announced that there were approximately 2579 people in attendance at the rally.  This is just a picture of part of the rigs outside the track. 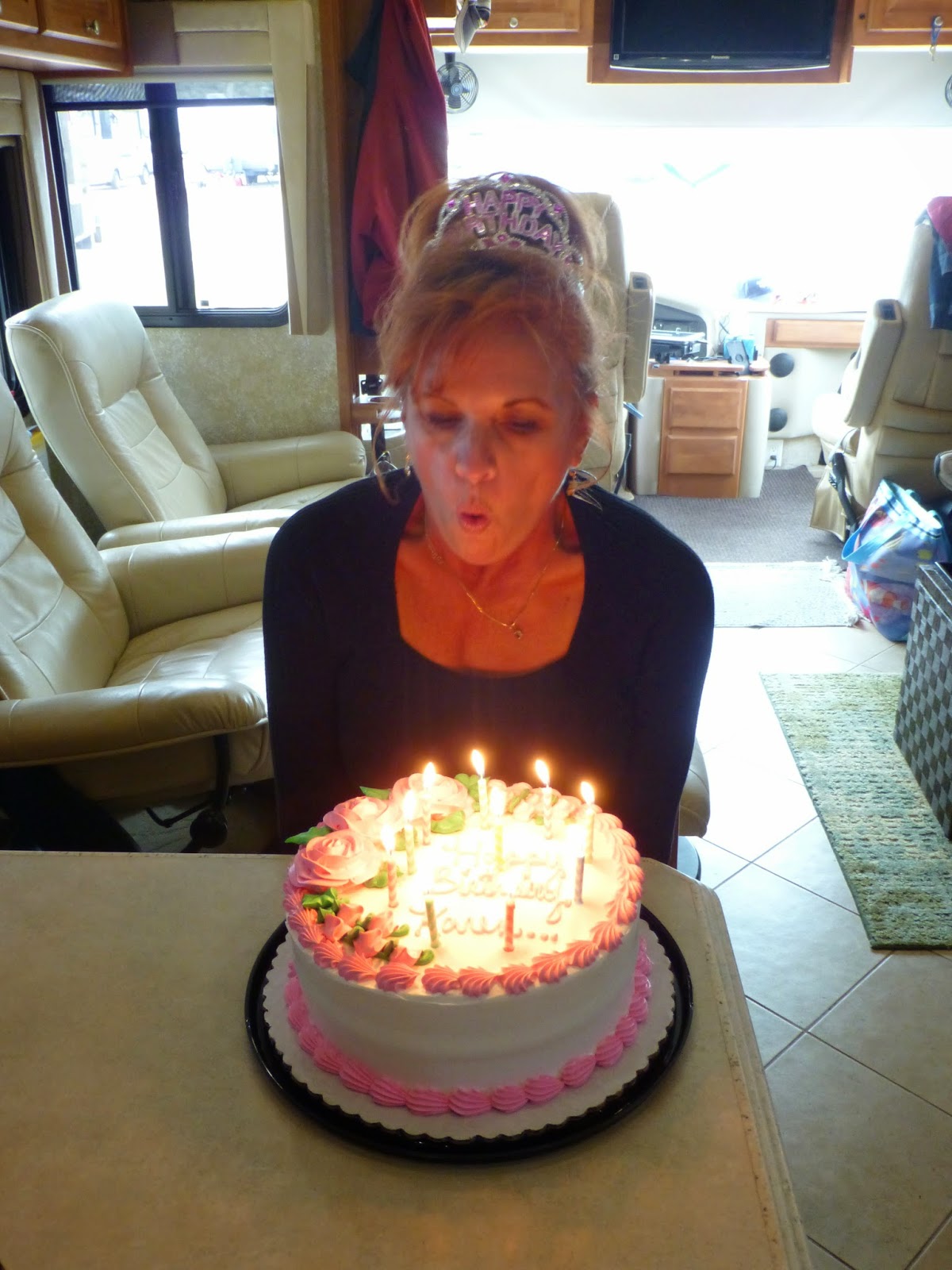 While at the rally, we had a nice visit with Kris and Bill Osborne (SeeingtheUSA.com) who had come in to visit for the day.  We celebrated Karen's birthday and everyone had a piece of birthday cake. 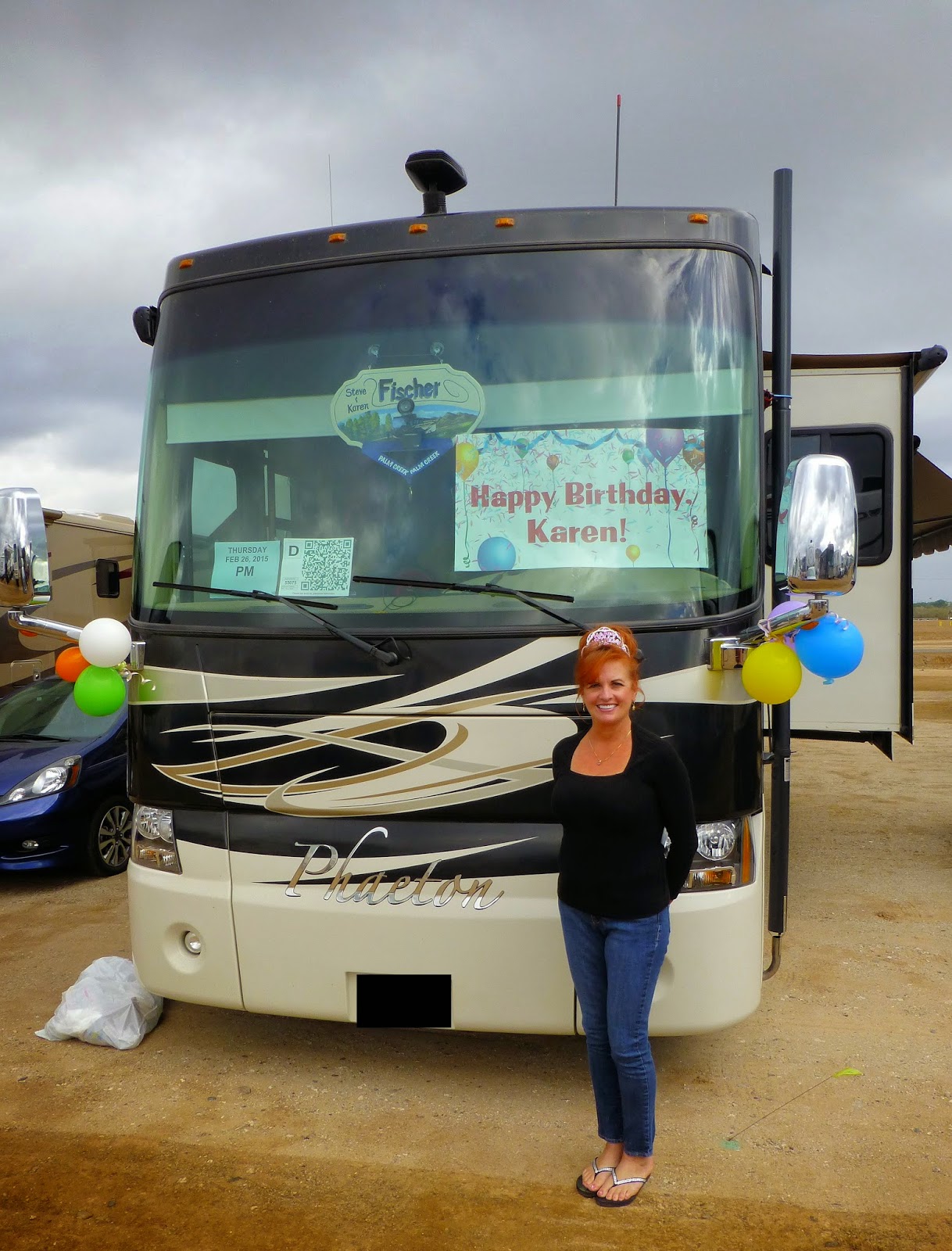 As fulltimers you celebrate wherever you are!  LOL