Posted from TT-Las Vegas, NV   (Click on Pics to Enlarge)

In my last post I talked about how folks were beginning to leave for the winter season and head back (or on) to wherever.  By early April our street was beginning to look pretty bare.

Well, around April 7th all of that began to change.  We're being invaded by "The Alfateers" and their Alfa MHs and 5th wheels.  The Alfa National Rally began April 11 and runs thru April 17th.
We couldn't nail down an accurate number, but there are supposed to be between 100 and 200 Alphas coming to the park.

The small tent is set up directly across from our rig and will be used by the group during the week.  They are due to have a number of seminars, dinners, and vendors attending the rally for service and product sales.

It was obvious that it was a signal for us to move on.  All of these Alfas have surrounded our lone Tiffin product. 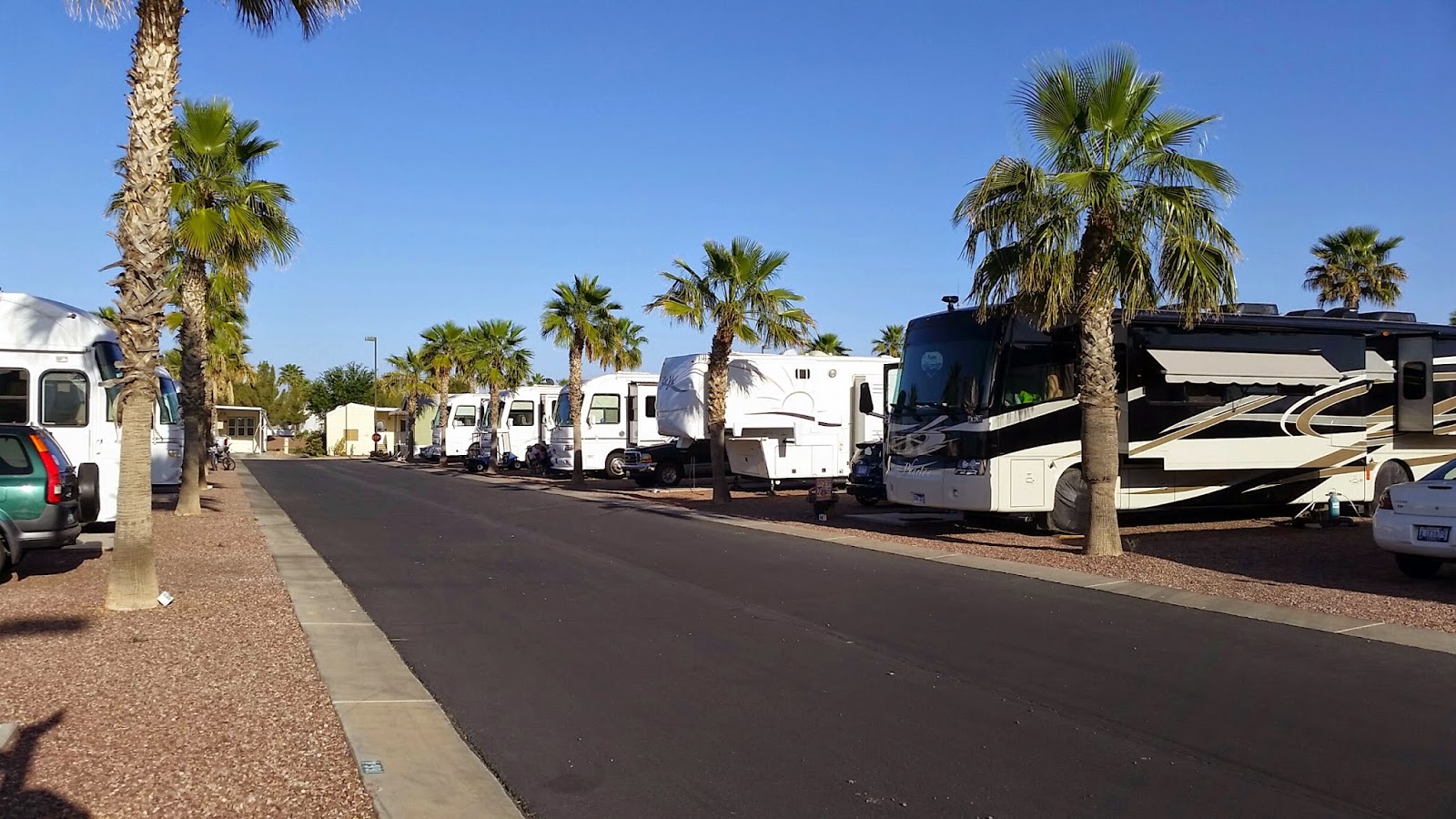 Ok, before I start getting "comments" from Alfa owners,  I'M JUST KIDDING!  All of the Alfateers who we met around us were very nice folks.  They are very passionate about their choice of RV, but then again, aren't most of us.

We have moved on, however.  Again, not because of the Alfas, but because our stay at Palm Creek is up for the season ending on April 15th.  We're heading up to the Thousand Trails in Las Vegas for a few weeks, then we'll start a slow journey eastward for the summer.