Posted from TT-Las Vegas, NV     (Click on Pics to Enlarge) 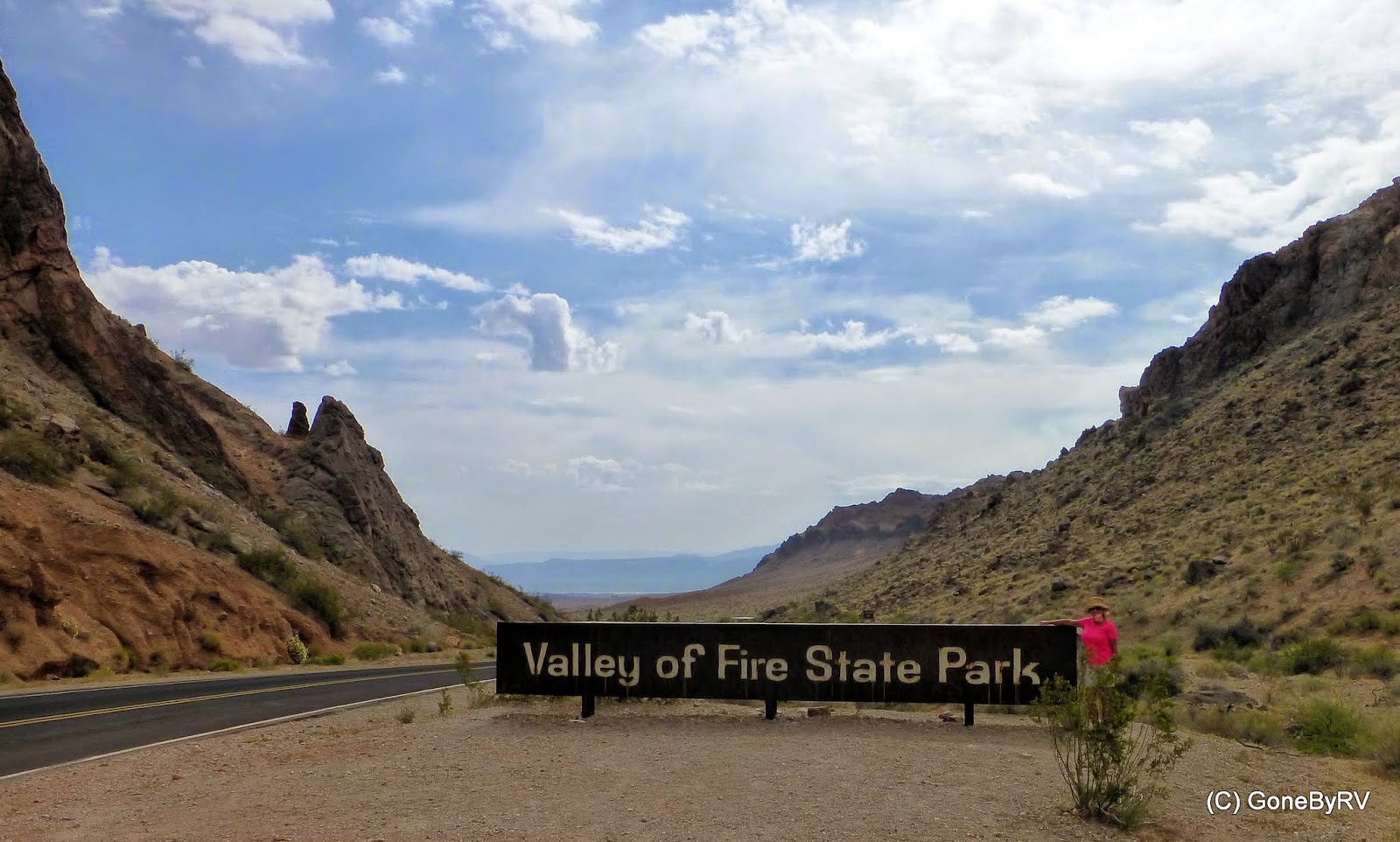 On Thursday we took a drive north of Las Vegas to Valley of Fire State Park.  It was approximately 55 miles from TT and an easy drive up I-15, then a short drive to the western entrance of the park. 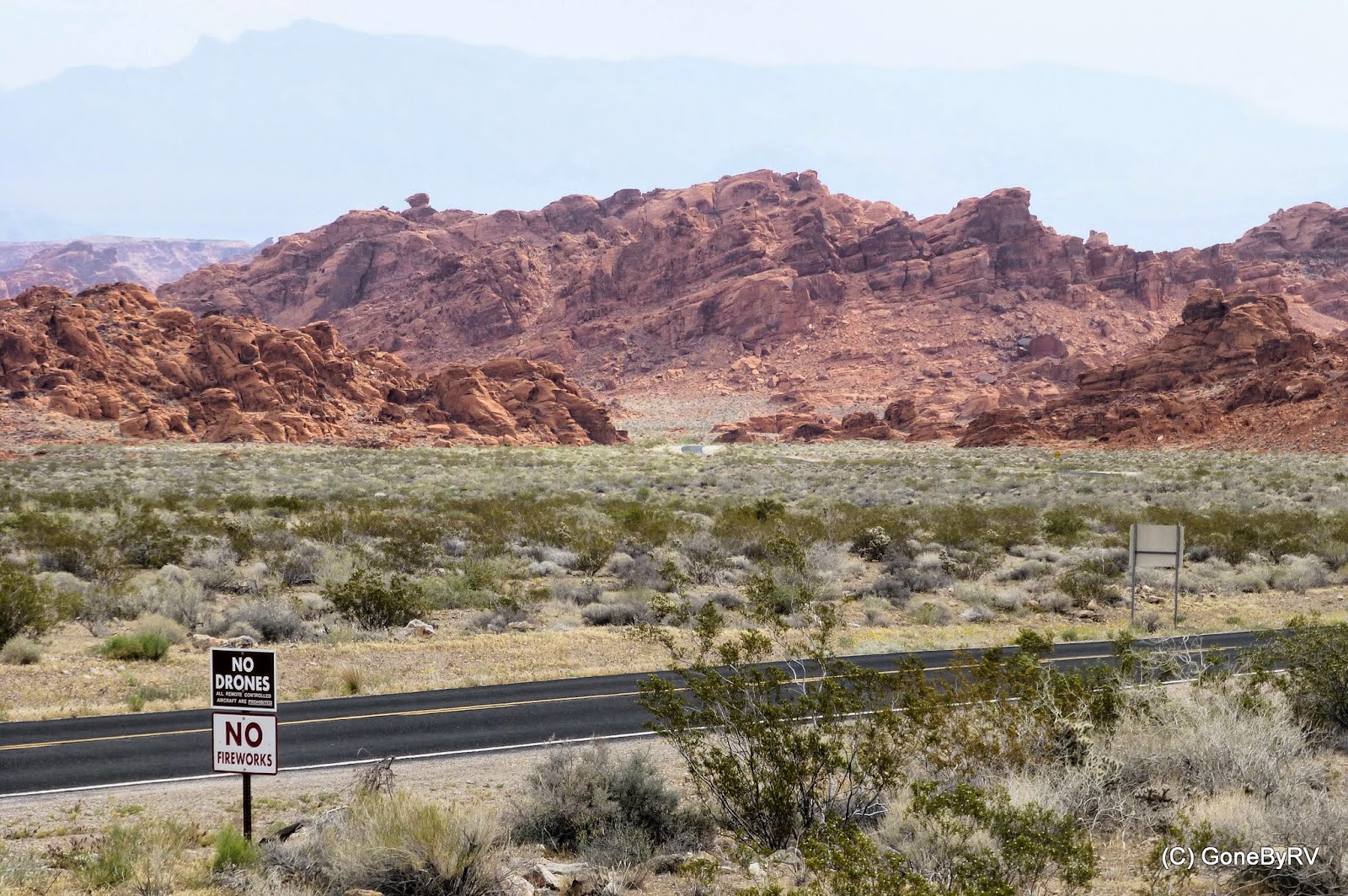 Just inside the entrance is a "warning" sign to anyone who might be thinking of taking their drone along to do some video work. 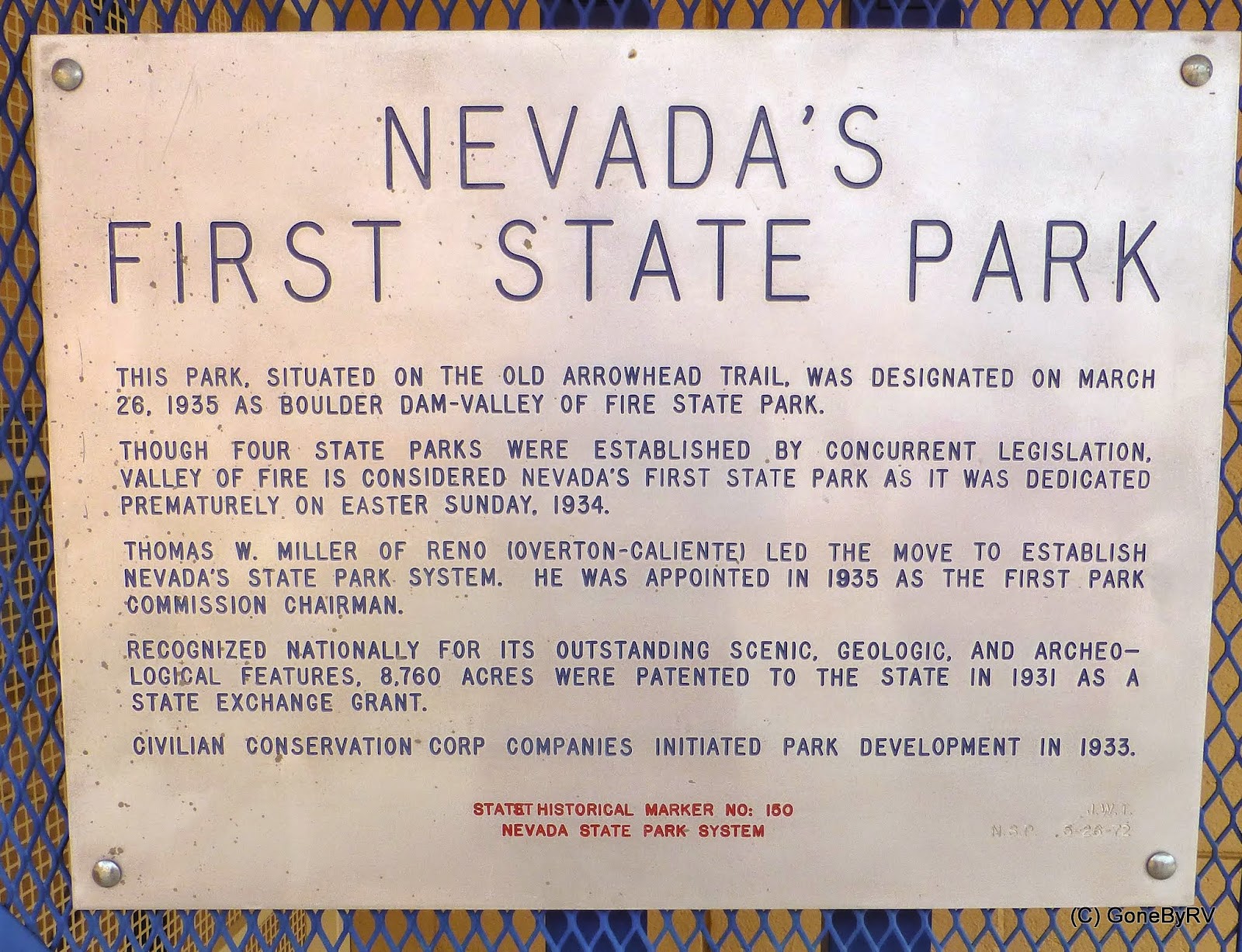 A plaque near the Visitor's Center reveals that the Valley of Fire State Park was Nevada's first state park and was dedicated on Easter Sunday in 1934.  The work of the CCC began construction projects here in 1933. 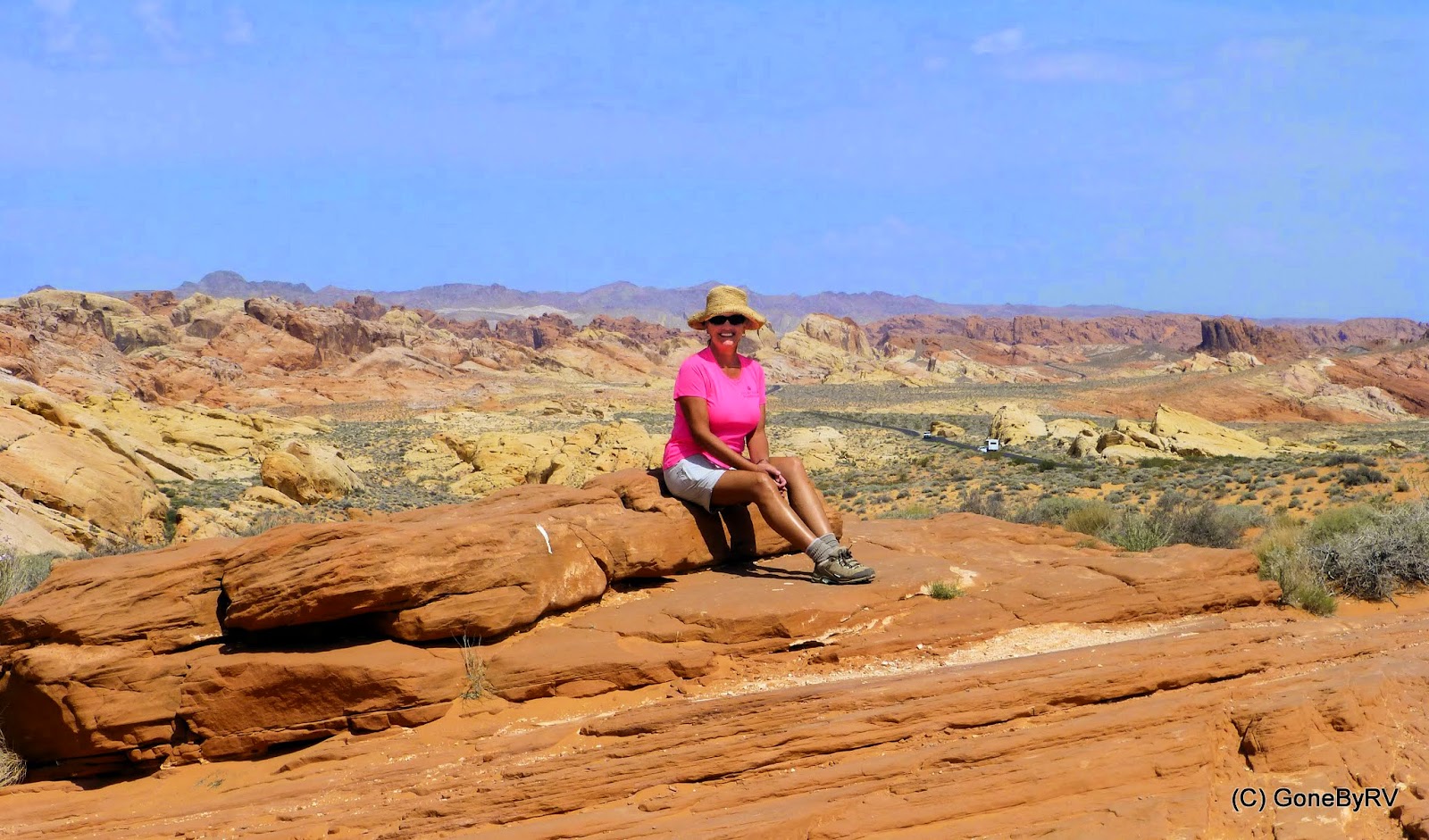 We chose Thursday as the weather was nice, temps only in the high 70s.  The park trails were not crowded at all.  Our first stop was in an area called Rainbow Vista. 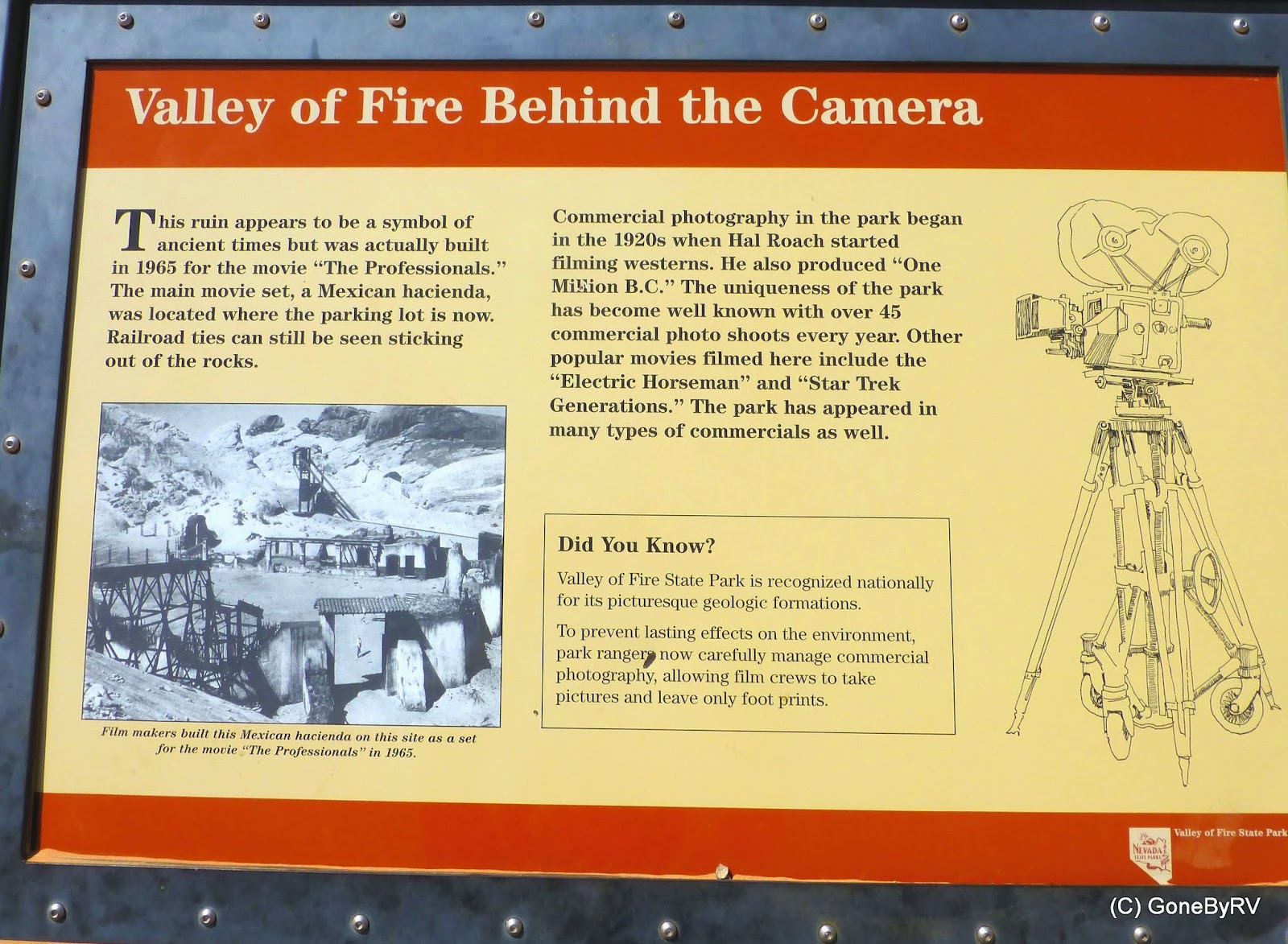 Because we haven't been hiking in some time now, we decided to only hike a few of the shorter trails.  Even the shorter trails reveal beautiful landscapes.  There have been quite a few movies produced in the park throughout the years. 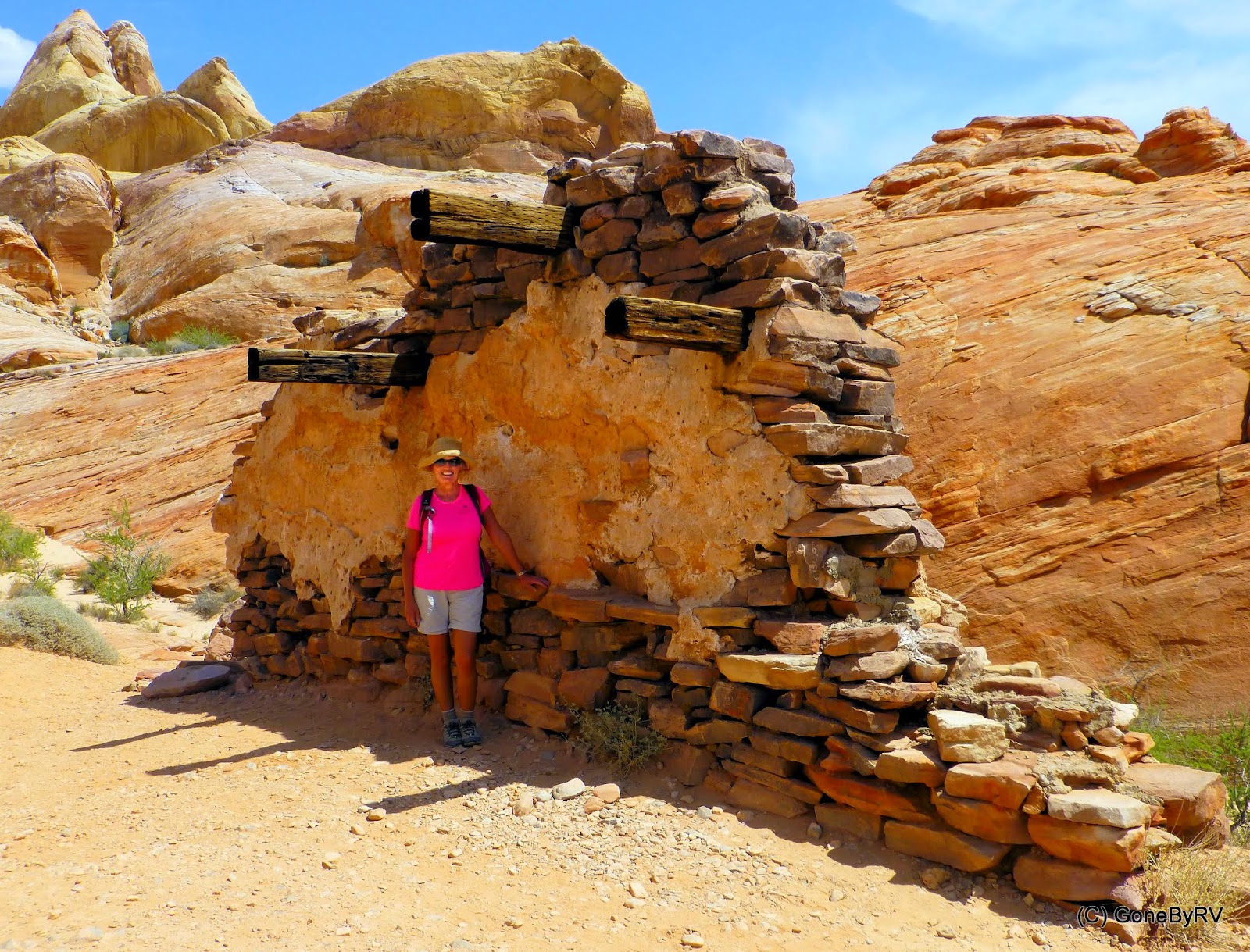 This is all that remains of a set from the movie The Professionals filmed in 1965. 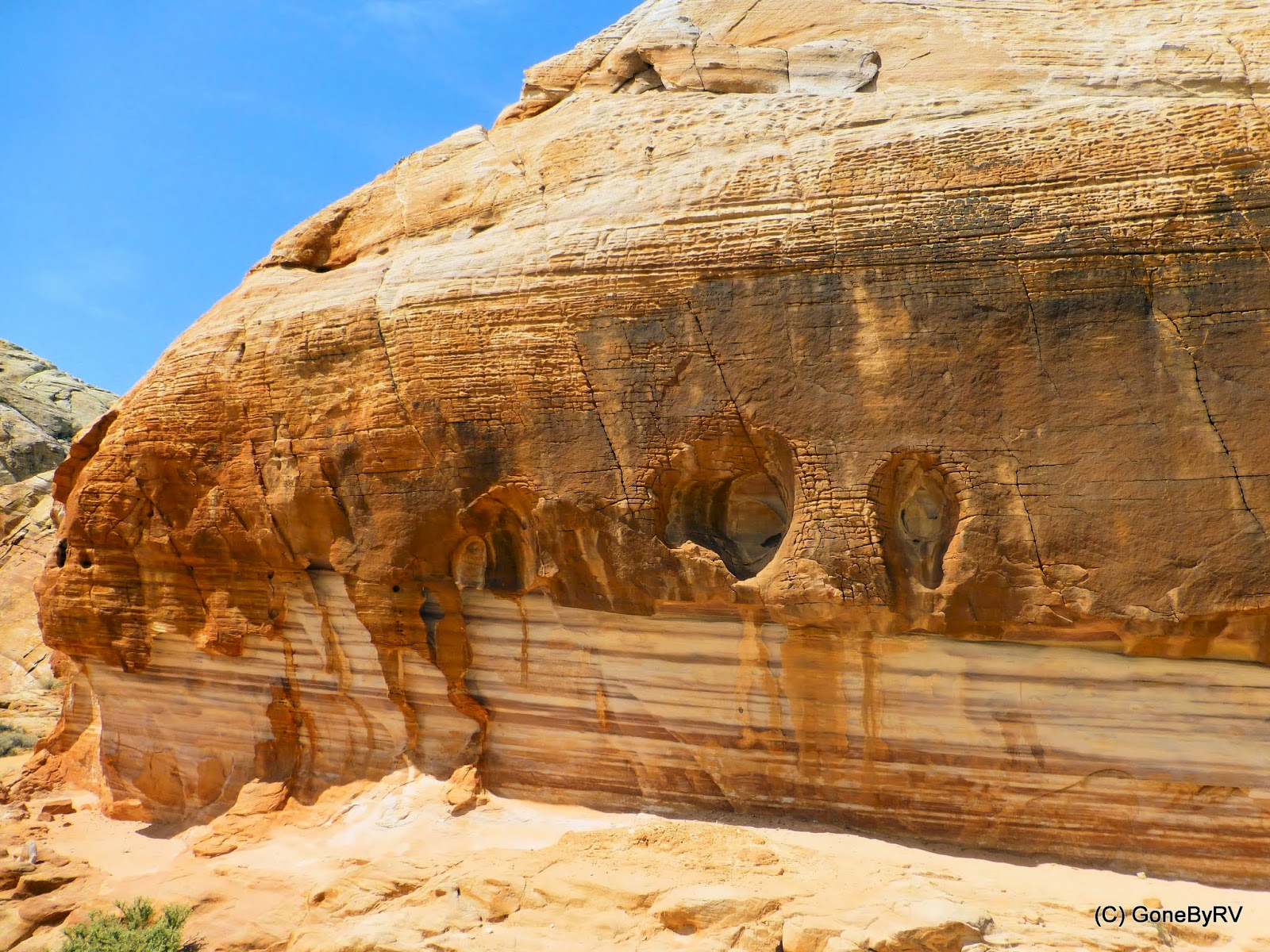 The next couple of pictures are along the White Domes trail.  I love the striations and colors of the rocks in this park. 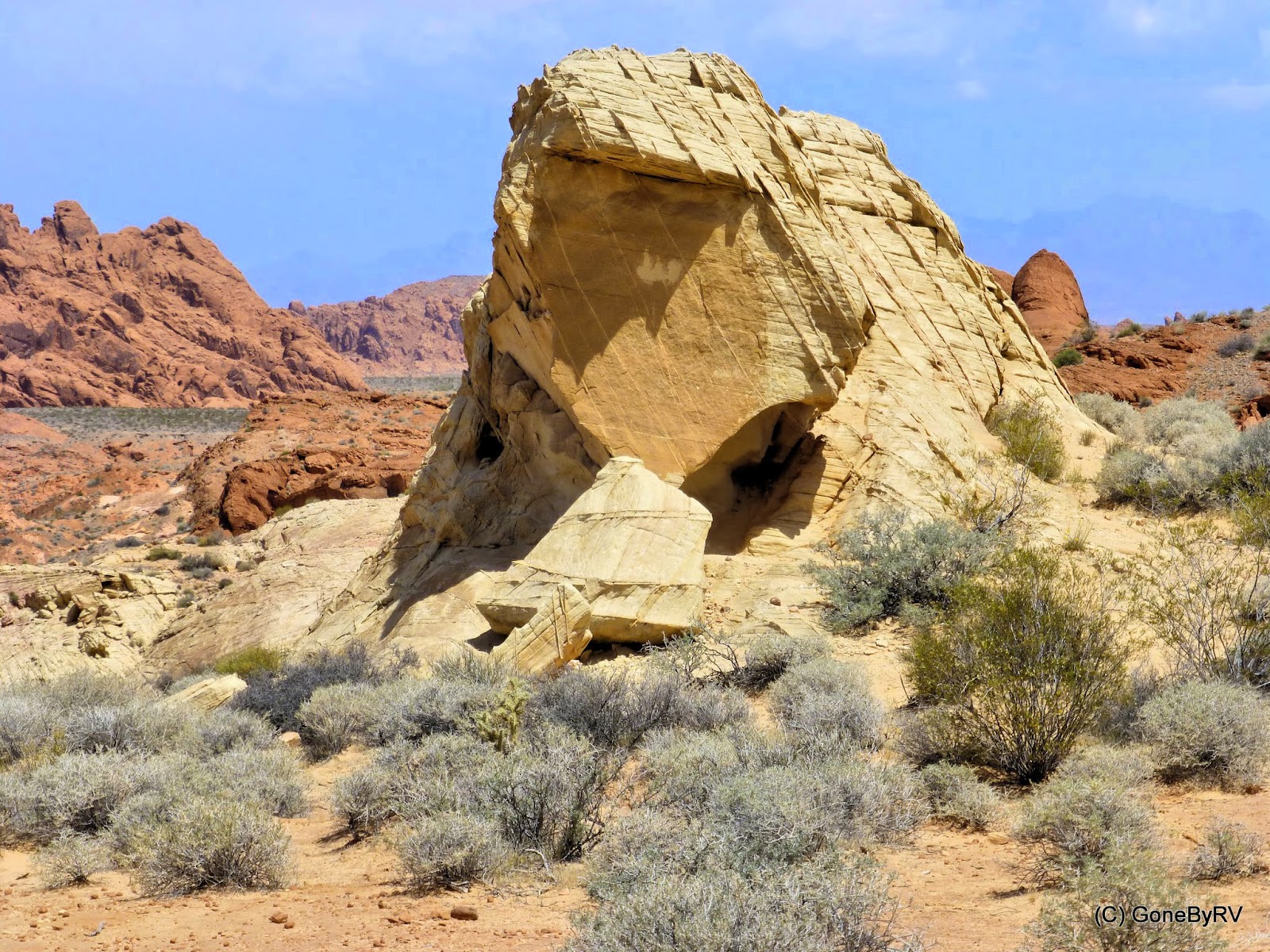 Does anyone else see "the face" in this rock, or had I been walking too long without taking a drink of water? 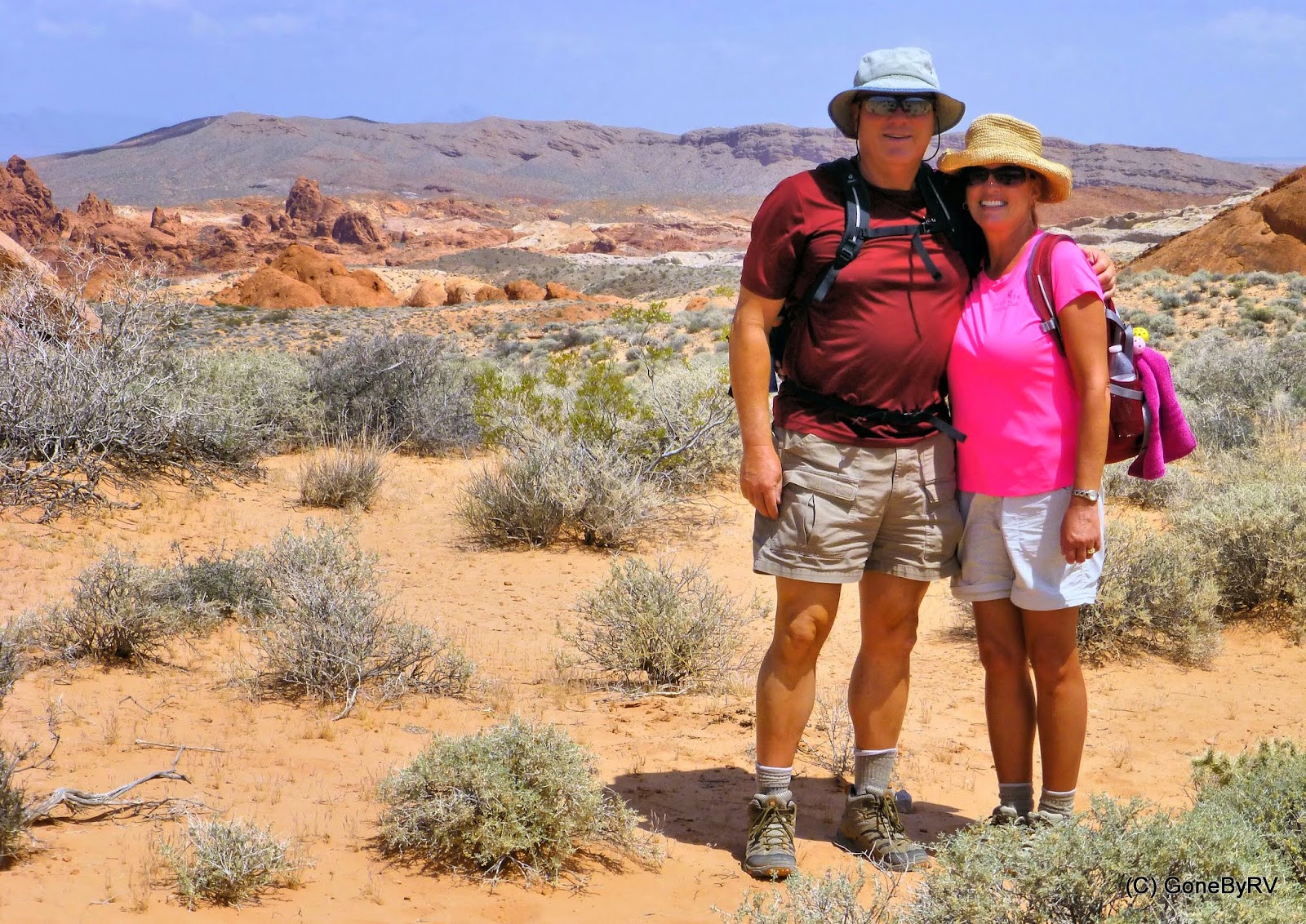 We next took a short hike down the Waves of Fire trail. 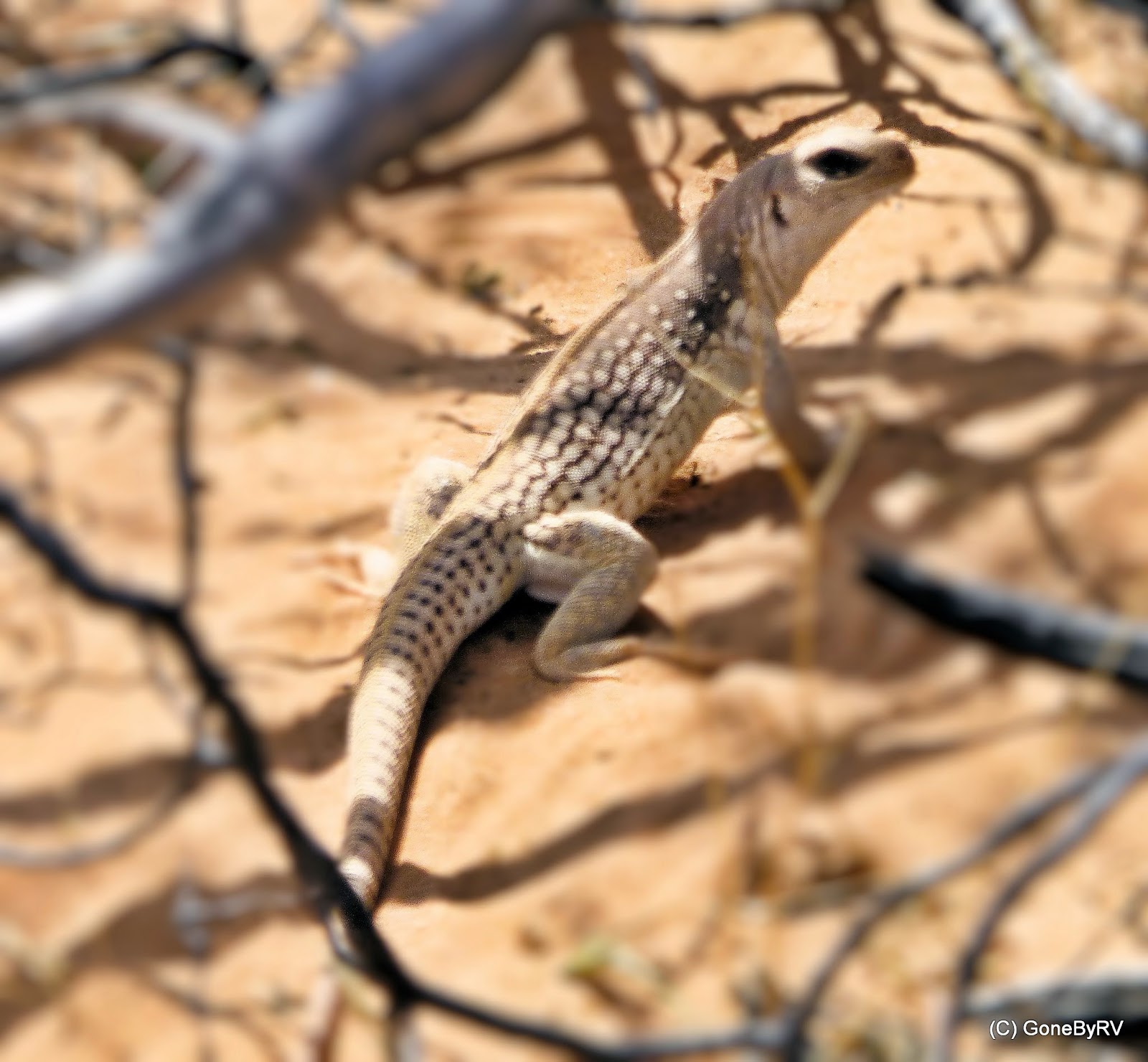 These little guys were very prevalent along the trails.  They were actually fairly curious and would sit still watching us for a short while. 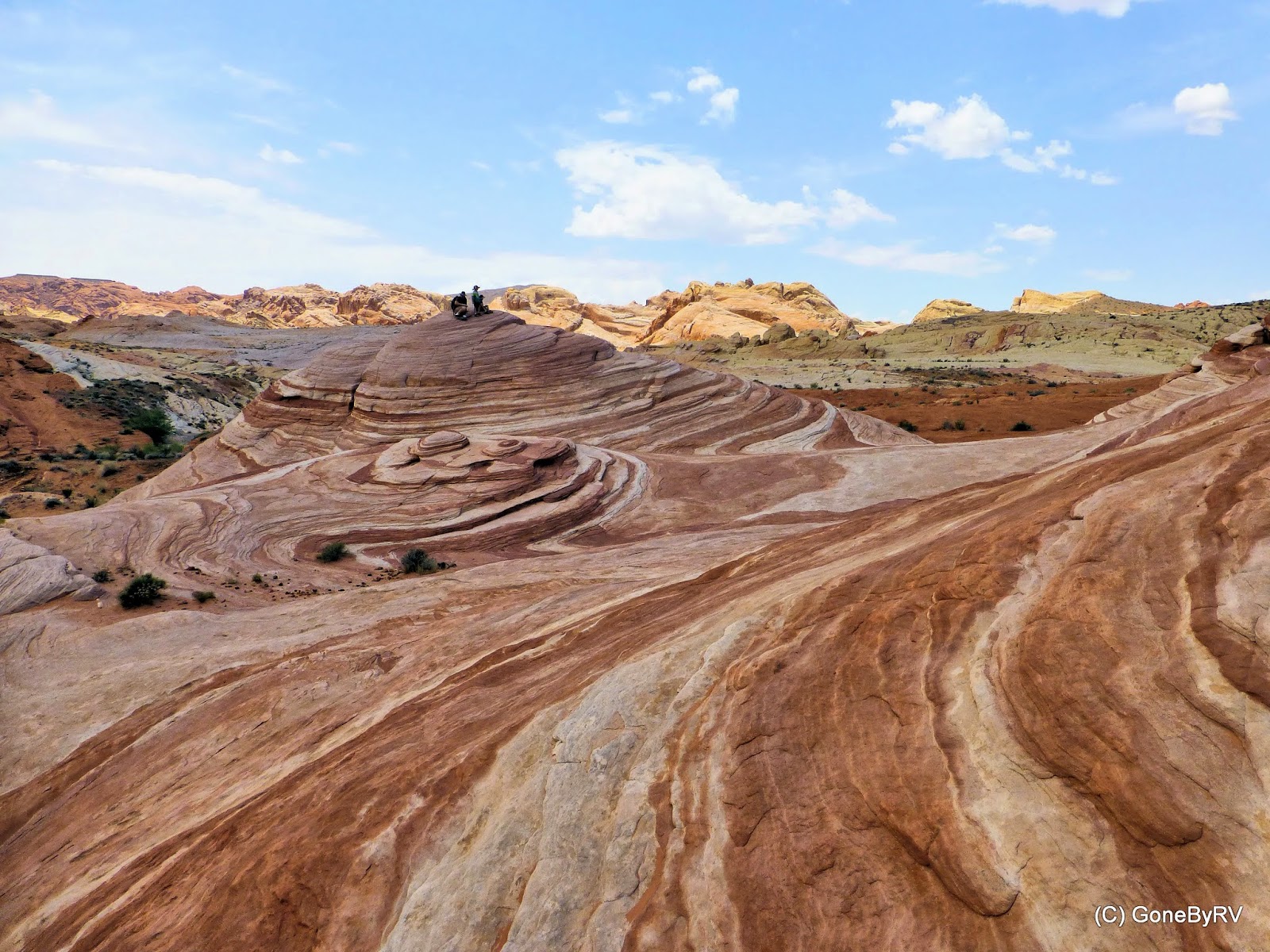 These formations near the end of the trail are one of the reasons the trail is named as such. 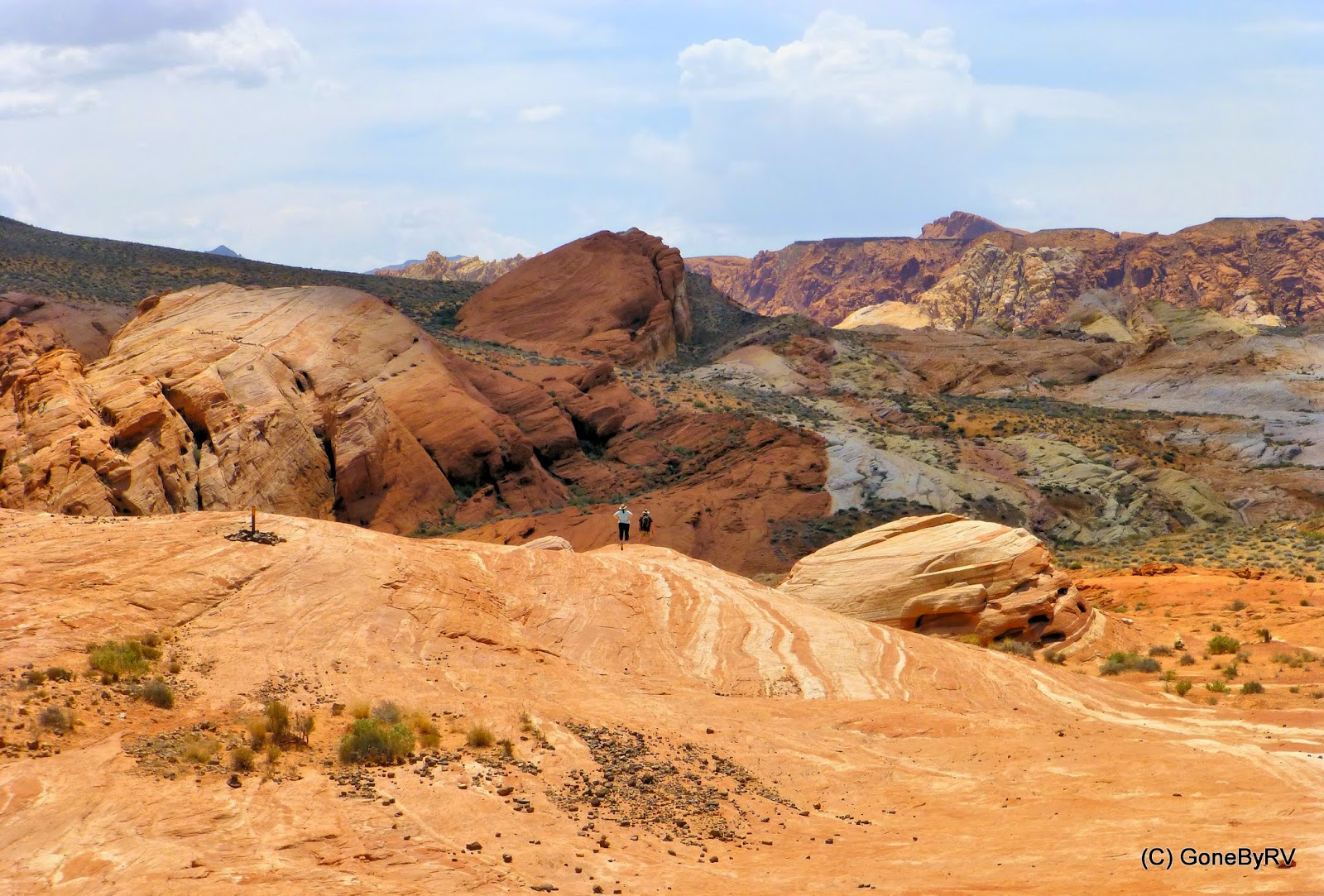 We stopped for lunch in this area.

The last area we had time to visit today was named Mouse's Tank (Petroglyph Canyon).
The area got the name from an outlaw in the 1890s who used the area for a hideout.  A "tank" is a natural basin formed in the rocks where rainwater can be collected.  I will say that the "tank" area was completely dry and not very impressive to look at (thus no picture). 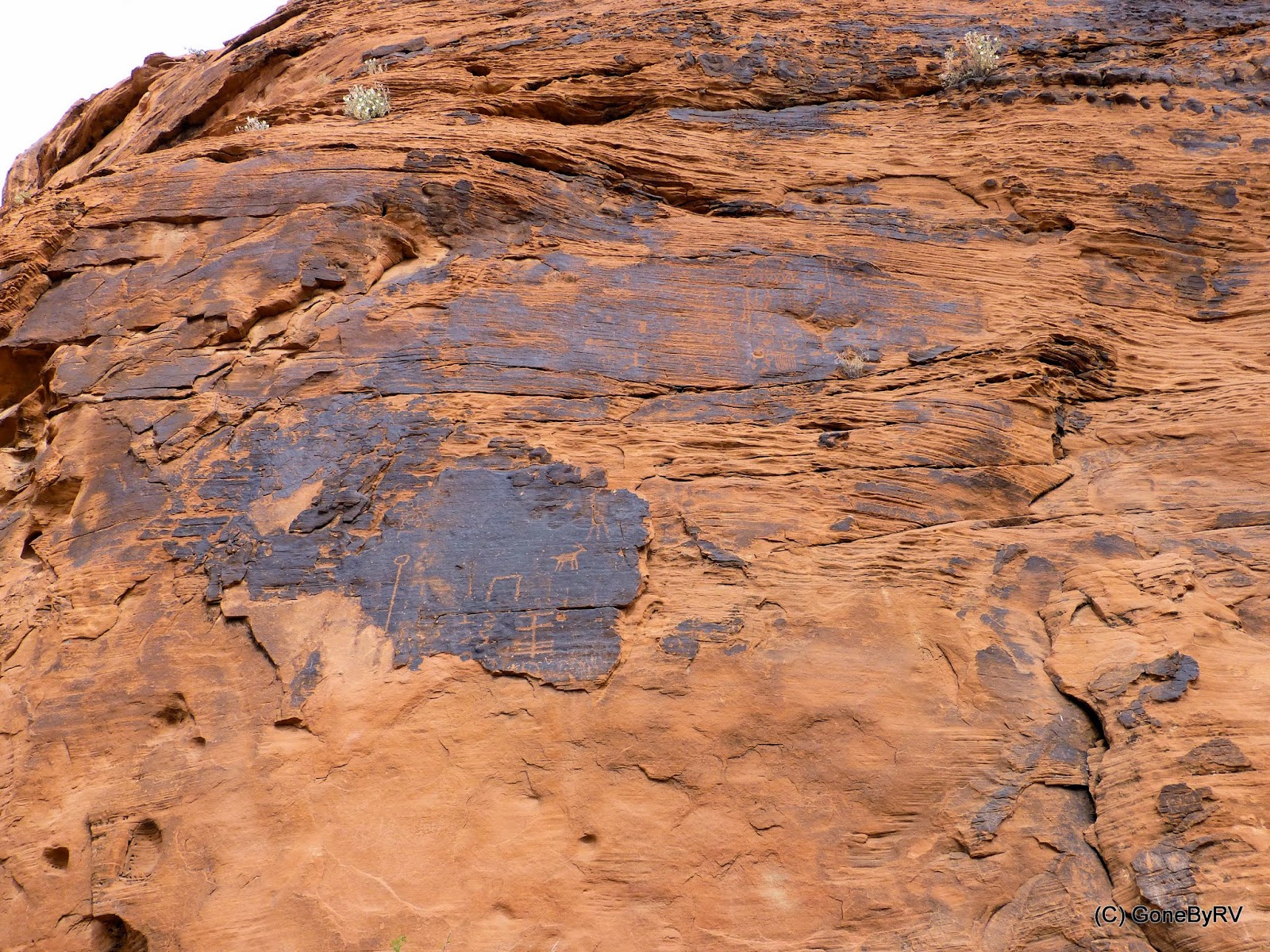 What was a lot more impressive were the petroglyphs observed in the canyon walls. Here's the wall from a distance and a bit of a closer shot. 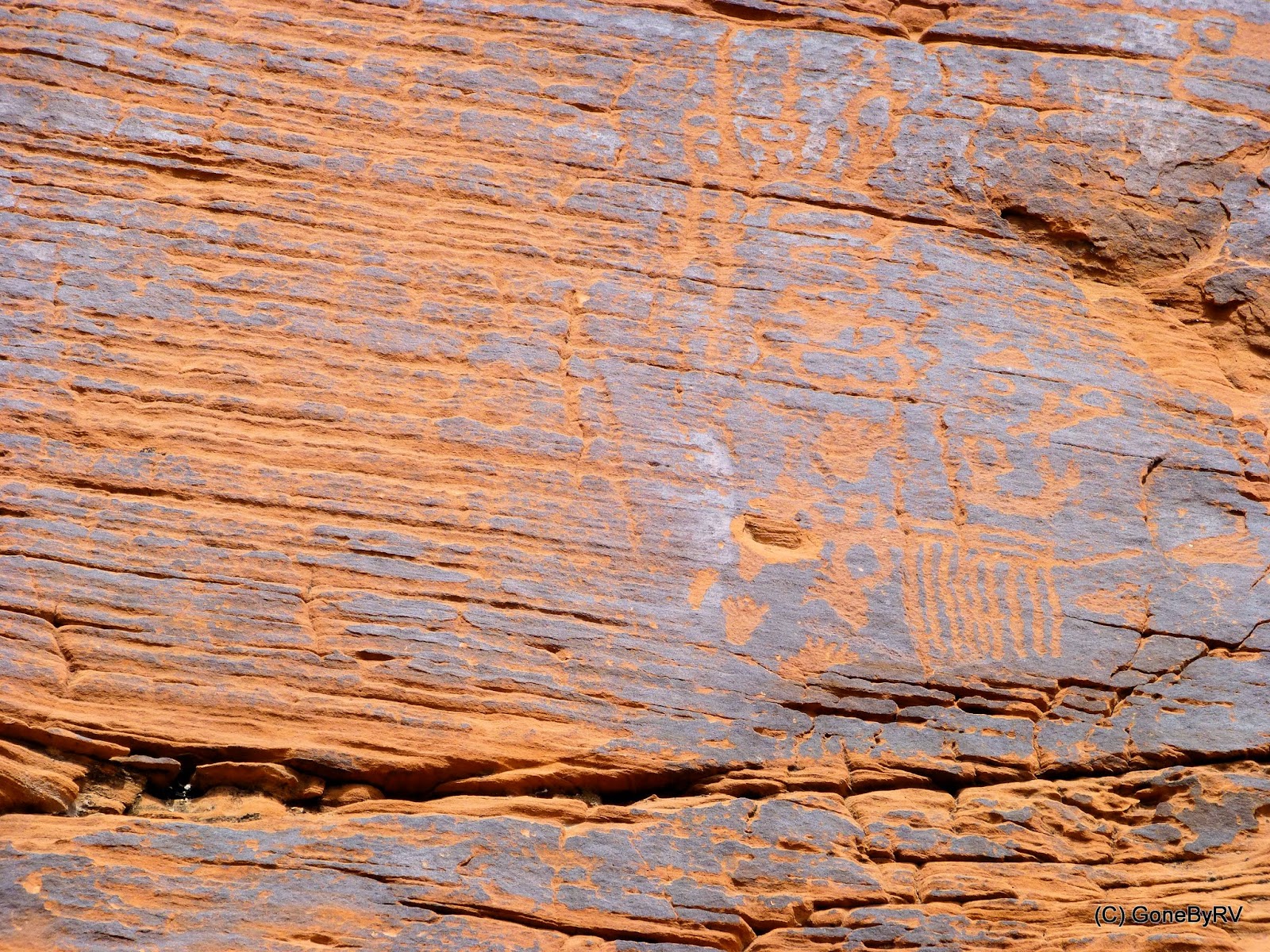 One more petroglyph for one of our readers who I know enjoys them.


It would take a couple of days to hike all of the trails and see all that is possible to see in this park.  There are also a couple of campgrounds within the park and one of them would be suitable for larger trailers and MHs.  Water and electric (plus a dump station) are available at the campground.

This blog's pictures only represent a small sampling of the pictures we took during our day in the park.  If interested in viewing some of the others please click on my Google+ link.