Okay, it's now been 2 1/2 months since Karen and I played our last bit of pickleball at Palm Creek Golf and RV Resort in Casa Grande, AZ.  We knew that pickleball wasn't as popular on the east coast (with the exception of The Villages in Florida), but we thought we would run across a court to play on, or some friends to join us in a game or two, somewhere in our travels over on the right side of the country.

Well, it has just not panned out so far.  We had high hopes when we stayed at the Thousand Trails in Chesapeake, VA in April, but their courts were undergoing a renovation.  No pickleball! 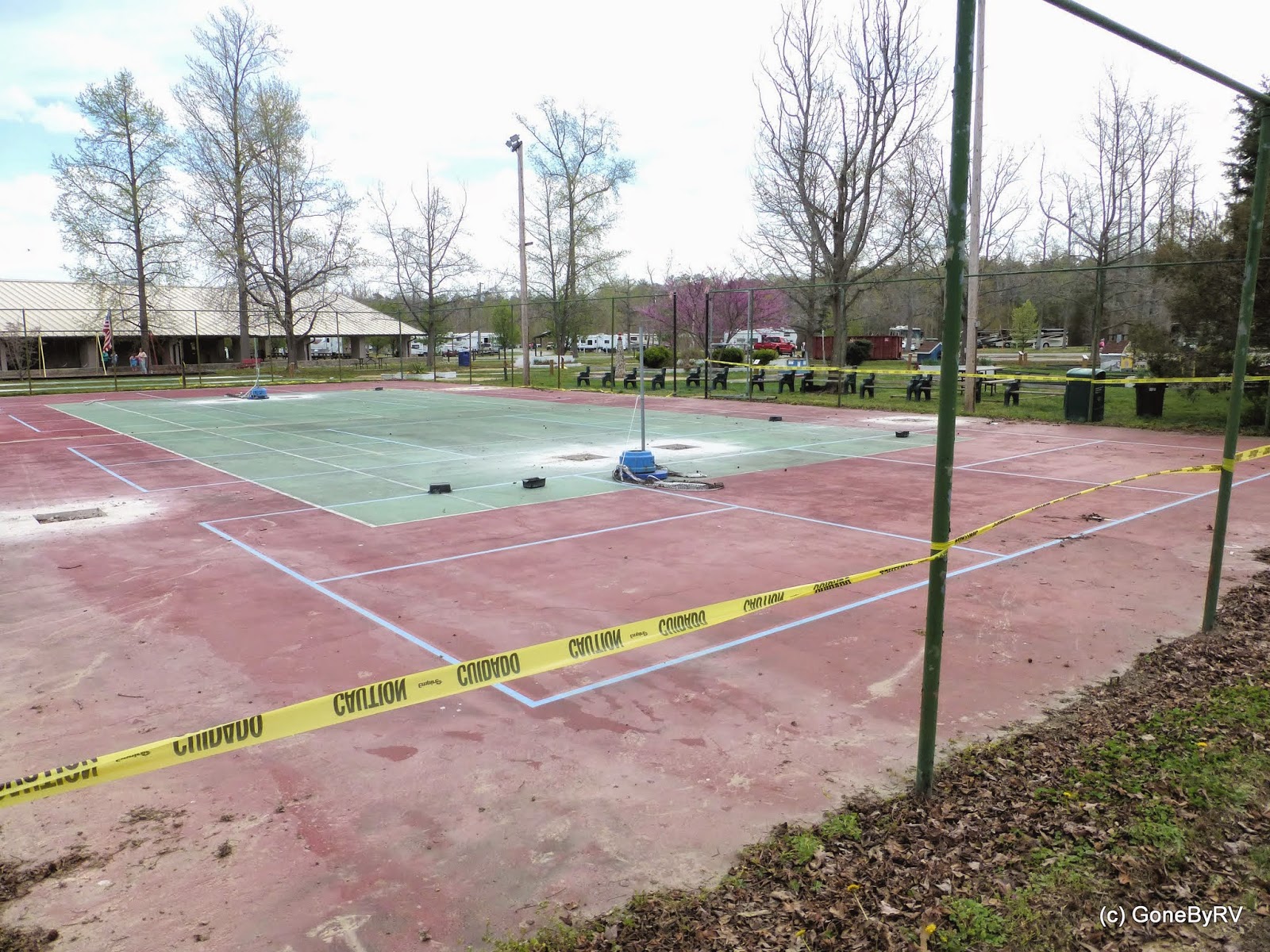 We moved on to Elkhart, IN where we were told that there was a single pickleball court at the Elkhart Campground.  This turned out to be an old (really old) tennis court with huge cracks in the pavement, grass growing up out of the cracks, and no net equipment whatsoever.  (It was so bad I didn't even take a picture.) No pickleball!

Well, we are now at our current location at the Thousand Trails Horseshoe Lakes near Clinton, IN and had high hopes again of finding a court.  We did see that two courts had been painted on two old tennis courts and a single court on a multi-purpose court which doubles as a basketball court.   Still, no pickleball! 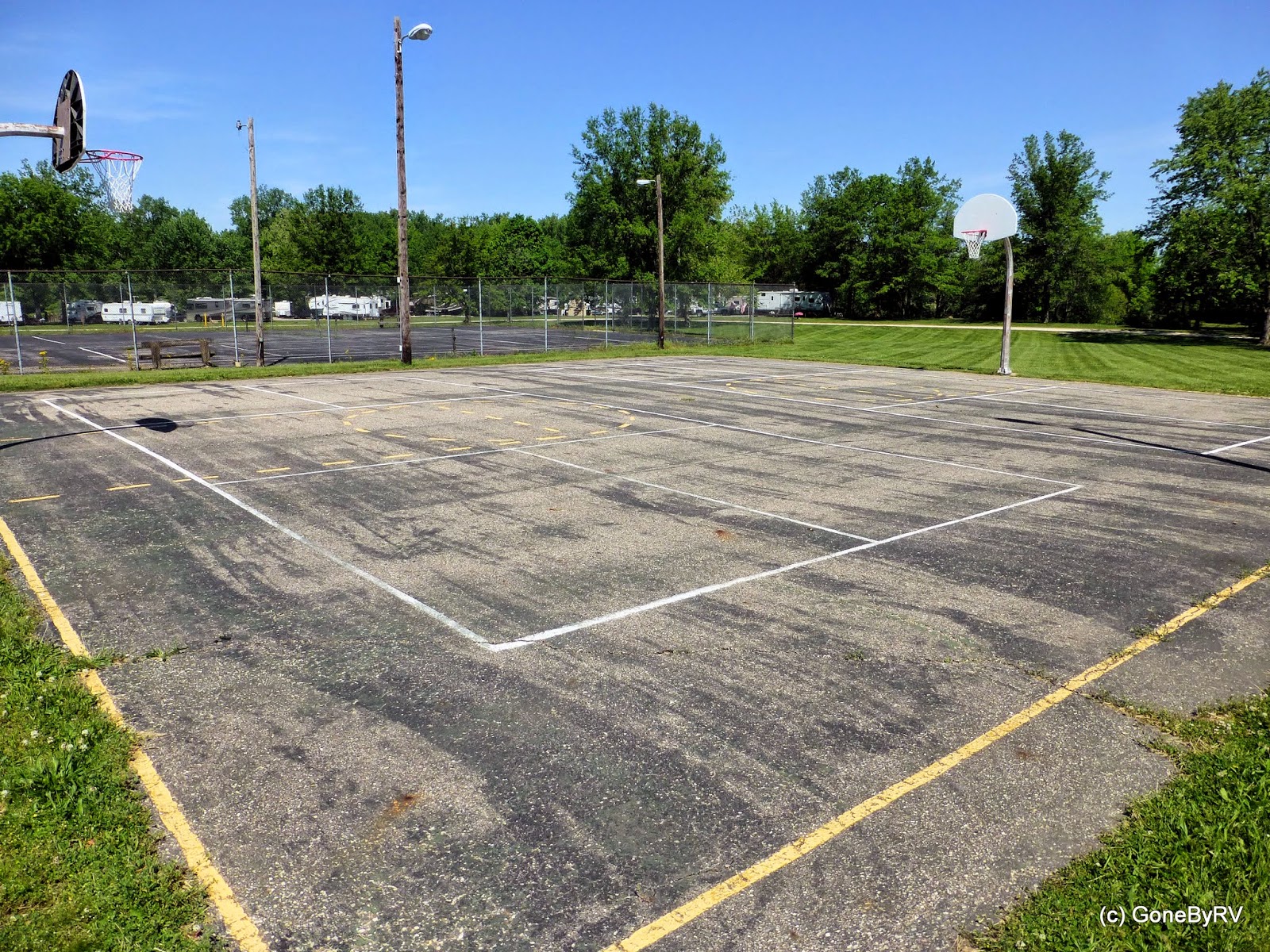 Ok, enough is enough.  We had to find some way to rectify the situation where the hard surfaces are intact, but pickleball is still not possible due to the lack of a net.  Solution:  Purchase our own portable net system and take it with us as we travel.  That's exactly what we did.  In a short two days after using Amazon Prime Shipping we had it in our hands. 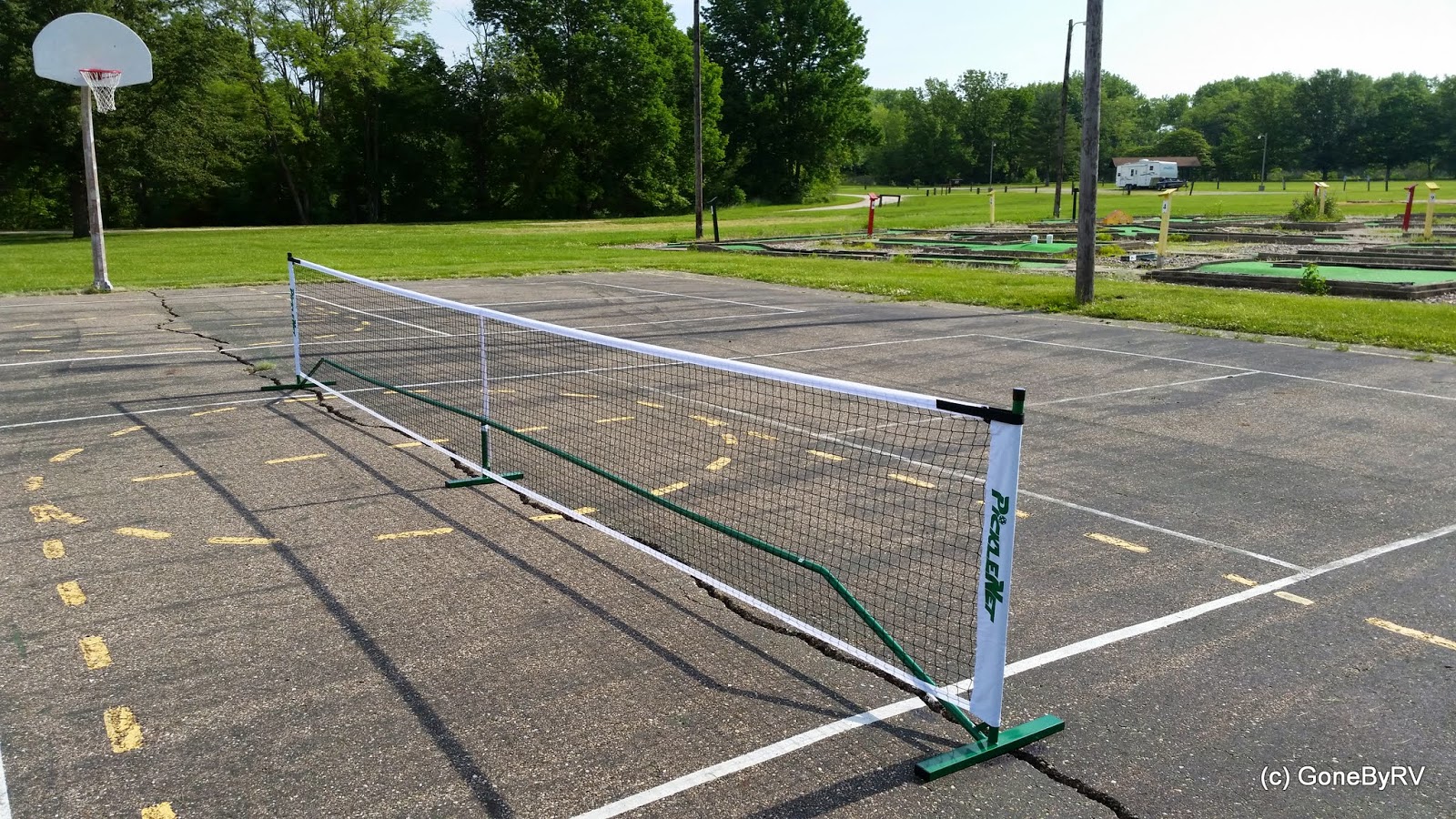 The whole system can be broken down and carried in a 6"x6"x36" storage bag and weighs about 21 pounds.  Now if we happen upon a campground which has an already striped court we're ready to play within about 10 minutes.  Even without striping, a bit of tape and laying out a court, and we're ready to go again. 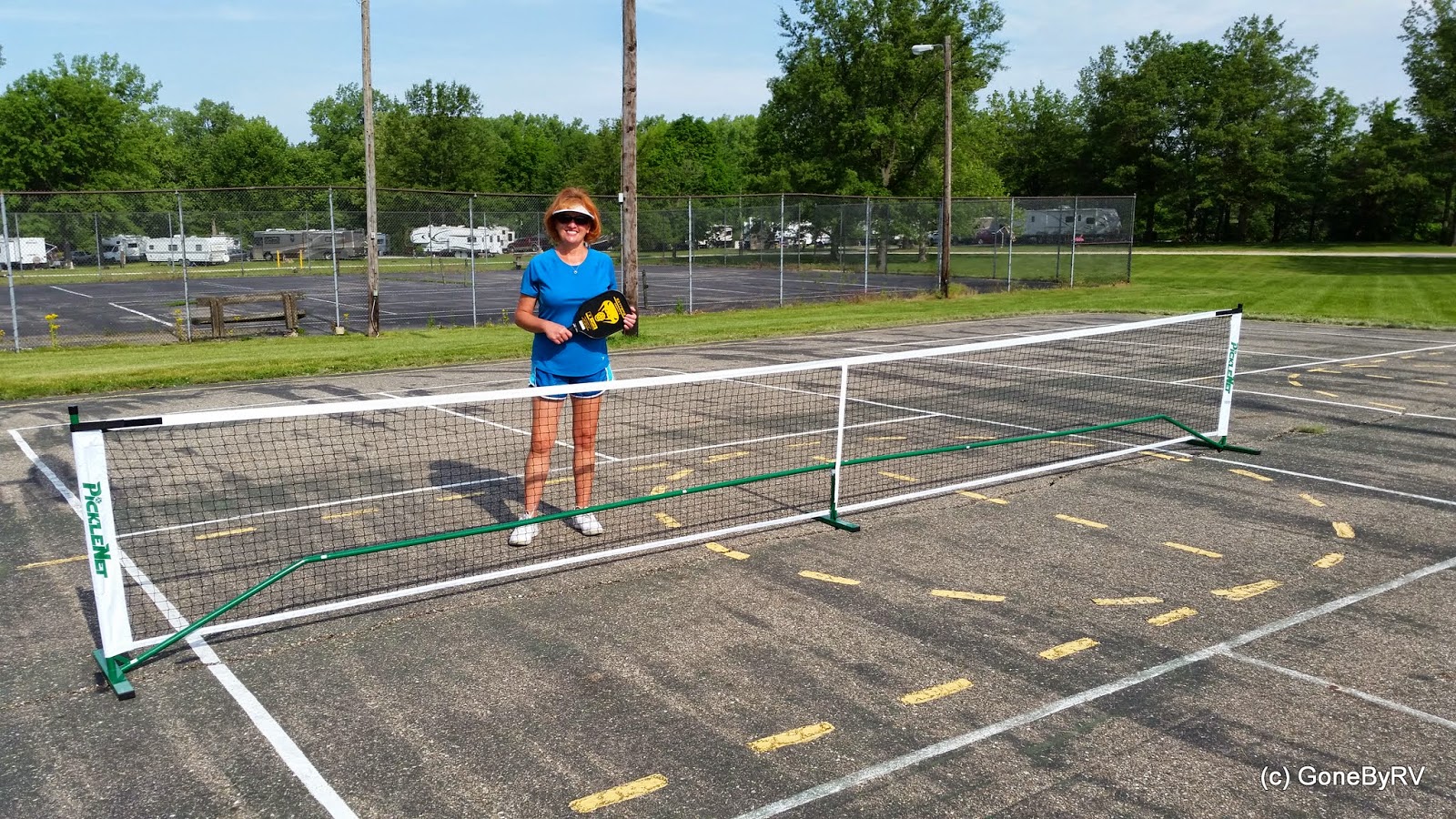 
Although this post is intended to be a bit "tough in cheek", if you'd like to learn more about this rapidly growing sport (particularly among the 50+ crowd) take a look at the United States Pickeball Association's USAPA website.  They are the governing body for pickleball in the United States.

Thanks for dropping by to take a look!
Posted by Steve and Karen at 3:01 PM