On Wednesday before the TRVN Rally actually got underway we took a drive over to St. Simons Island to visit Fort Frederica National Monument, an area administered by the National Park Service. 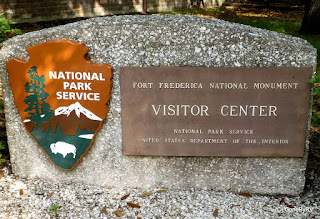 The first British settlers landed in this area (of what is now Georgia) on February 18, 1736.  They established

the town of Frederica on the southern end of the British colonies near an area contested by the Spanish. 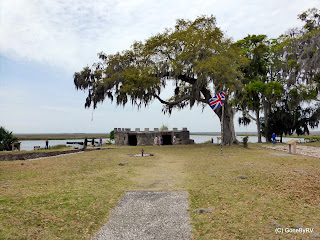 Fort Frederica was established to protect the town from invasion by the Spaniards both from the land and sea. The town began to decline when the war with Spain ended in 1748. Today not much remains of the fort and town other than a few ruins and earthworks. 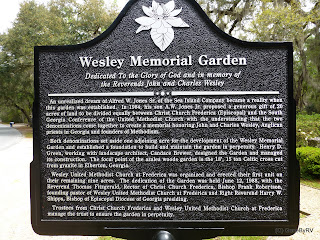 There is a beautiful garden named the Wesley Memorial Garden and a very old Christ Episcopal Church nearby. 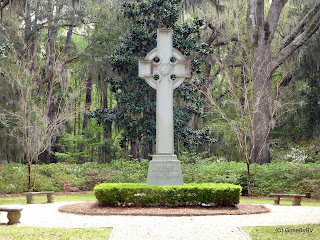 The Reverand John Wesley conducted services by the first church inside the walls of Fort Frederica.  The 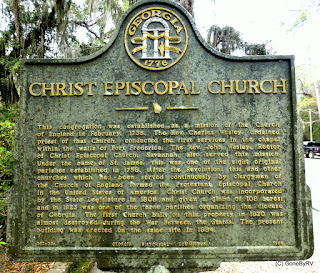 church has a very old cemetery surrounding today’s building and was very fascinating to visit. 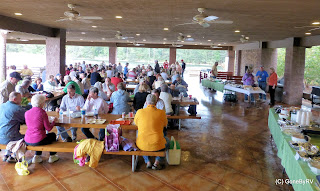 The TRVN Rally officially runs from Wednesday thru Saturday. I can’t believe that we are already half way thru it.  We’ve had a great time thus far and as always have eaten way too much!

This morning began with a discussion of modifications and a general “how to” on several items common to many different coaches.  Several very knowledgeable speakers led the discussion and then took questions from the audience. I always learn from these discussions.

Later Karen and I attended a class on Picasa (the Google picture organizing program) and we picked up a few more helpful tips there to assist with the preparation of the blog. 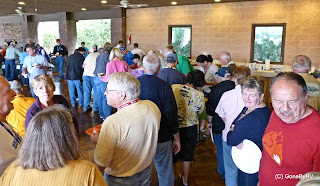 It rained on and off throughout most of the day, but didn’t seem to dampen anyone’s spirits.  Tonight's dinner was “potluck” style and the variety and quality of the foods were excellent.  I don’t believe anyone can leave our meals still hungry!

Does there seem to be an underlying theme throughout the rally? Could it be that RVers love to eat? I believe so.

Thanks for stopping by to take a look!
Posted by Steve and Karen at 11:50 PM