Remember the series "The Golden Girls"? 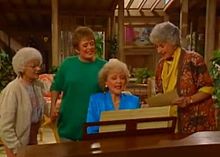 We feel like we have become "Golden People".  After years of stressing in our careers, it hasn't taken us long to get into a more relaxing pace of life.  We have been here in Florida for 3 weeks now, and have settled into a nice daily routine:  We get up fairly early (7:30 or so), walk/run (Steve runs, I walk) 3 miles daily, soak up some sun by the pool (weather permitting), and then tend to the chores of the day.

Even Willey, our 12-year-old cat is enjoying life as a "retiree".  When we lived in Virginia, he went outside as he pleased.  Now, in an unfamiliar "backyard", he is a little more skittish.  We have taken him out a time or two on a leash and harness, but after "getting all Houdini on us", he now enjoys the fresh air riding in his stroller. 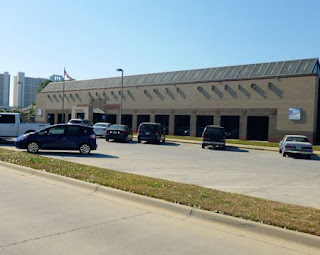 We still have a few boxes of items that need to be "absorbed" into the motorhome, or gotten rid of.  We are scanning the THOUSANDS of photographs we have taken over the years, and keeping just a digital copy of them.  We still have a few items that we are selling on eBay, and make occasional trips to the local post office to get those packages in the mail.

This area of Florida is a little unusual, as it seems to be the "cooler" part of the state.  We have had some nights where the temperatures have flirted with the freezing mark, and some days that only get into the 40s. Many restaurants and shops nearby are marked with "Closed for the Season" signs, and reopen in late February/early March for Spring Break (I didn't know that ANY place in Florida was "closed for the season".)  We have talked to some locals who say Panama City Beach is a zoo in the late Spring and early summer, and that many residents of this area flock to the Keys during the winter to get to the warmer weather.

We do find time to explore the area, however.  On Tuesday, after dropping a package off at the local post office, we drove up to Panama City (Panama City is on the "mainland" of Florida, and is separated from Panama City Beach by a bay, and does have frontage on the Gulf of Mexico).  We stopped at the Panama City Marina and walked around a bit.  There was a nice (and unexpected) monument to September 11 near the water..... 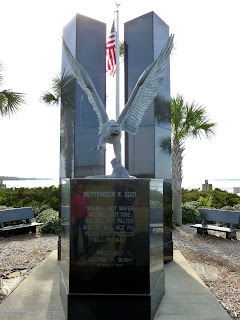 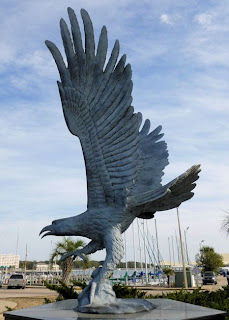 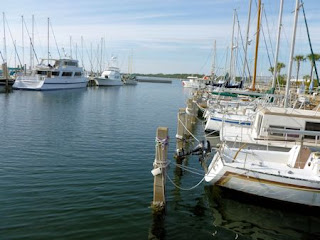 ....and LOTS of boats, of varying size.  It was a beautiful day, and very relaxing to be near the water.  Afterward, we hopped in the car, and drove along the coast, admiring the million-dollar homes in the area.

Yesterday, our day was similar to other days in the morning....run/walk,post office and going to the pool.  In the evening we joined some of our campground neighbors for Bingo (I was told to arrive about 30 minutes before the game starts.....it's a very popular activity here.) Steve even won a little money, but he had to share the pot with 2 other winners for that game.


We have 3 more weeks here in Panama City Beach, and have more to see.  We are very spoiled here!

Thanks for stopping by, and feel free to leave a comment.