A Short Move in Kentucky, But a Lot of Things to Enjoy

Posted from near Colorado Springs, CO


I'm seeing a theme to this summer's travel locations.  I just looked at our itinerary and we have used, or will be staying in, a lot of state parks this year. That's alright with us as we find state park campsites usually have more room between neighbors and they are located in less "touristy" areas many times.

From Cave City, KY to Taylorsville Lake SP, KY we moved only 96 miles. Hard to believe it was such a short distance as the landscape changed quite a bit. For several days prior to our move the weather had been very nice.  Of course, the morning of the move it rained on us the whole trip. I really don't mind driving in the rain, but would rather avoid settting up camp in it if possible. 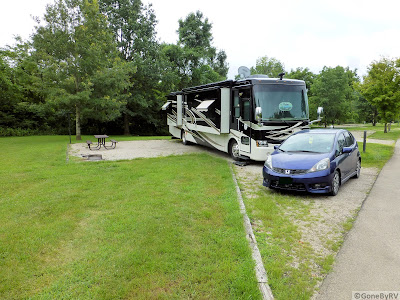 As you can see, we had plenty of room beside us at this park. 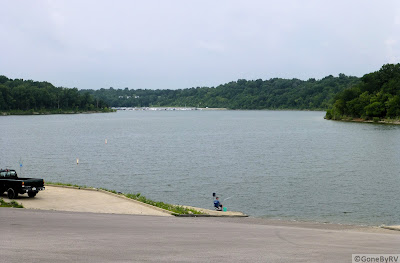 We did a small bit of walking around the park (not really hiking), but strolled down one day to take a look at the lake. It looked like a nice lake for boating activities.


One of the reasons we selected this park was to use it as a central location to visit area attractions. The park is located roughly between Louisville and Frankfort, south of Interstate 64.

Knowing that we enjoy minor league baseball, we found that the Louisville Bats (AAA farm team for the Cincinnati Reds) were playing in Louisville Slugger Stadium in Louisville. 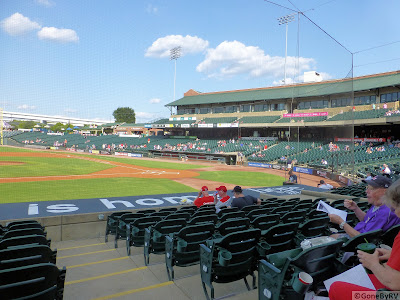 The city of Louisville supports their team well and most nights the stadium is full of spectators. We had nice seats along the third base line. This photo was pre-game and most of the folks hadn't arrived yet. 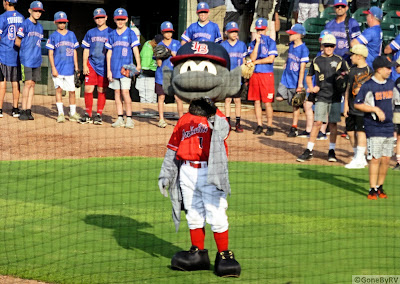 I had to include a picture of the Louisville Bats mascot.  Strangely enough, the "bats" doesn't refer to the nearby Louisville Baseball Bats factory, but rather to real bats.

Unfortunately, in more games than not, we seem to be a jinx for the home team.  Tonight was not the case, however, as the Louisville Bats defeated the Gwinnett Stripers (AAA team for the Atlanta Braves) by a 2-1 decision. 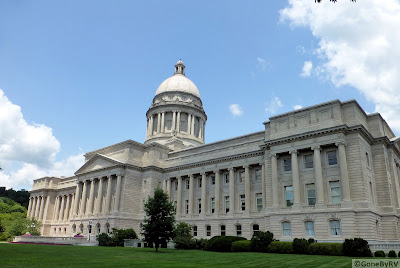 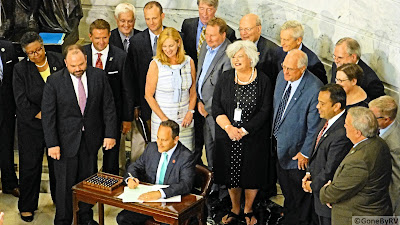 While waiting to take a guided tour, we witnessed the Governor of Kentucky, Matt Bevin, signing an important bill in the rotunda area of the capitol. 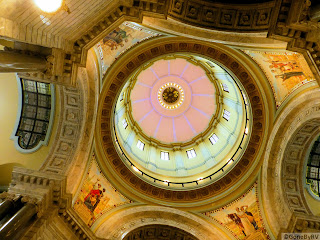 Here's a picture looking up at the dome from the floor of the rotunda a few minutes later. 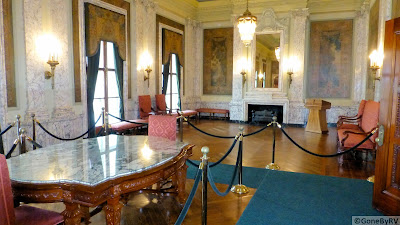 One of the most elegant rooms was the State Reception Room. This was originally across from the Governor's Office and served as an area for the Governor to receive important people and to hold special events. 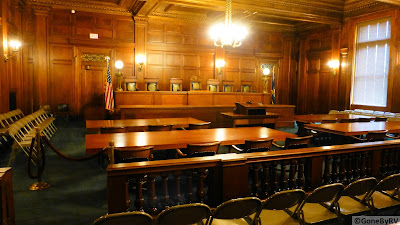 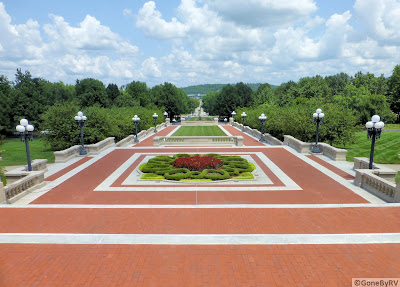 The grounds of the Capitol are nicely laid out and very well maintained.  This is the view as you exit from the first floor on the north end of the building. 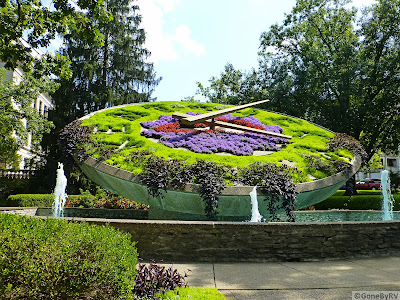 The Floral Clock Marker is located on the south side of the capitol and was dedicated in 1961. The face is 34 feet across and consists of 10,000 plants grown in the Commonwealth's greenhouses. 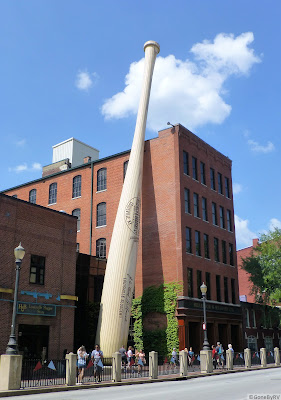 For any sports fan, and a baseball fan in particular, no visit to Louisville would be complete without a visit to the Louisville Slugger factory and museum. That bat is 120 feet tall, but it's metal, not wood. 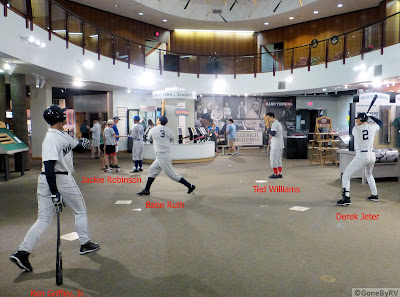 The museum and store are free to visit and the factory tour is available for a fee. The museum does an excellent job of chronicling baseball's great players. 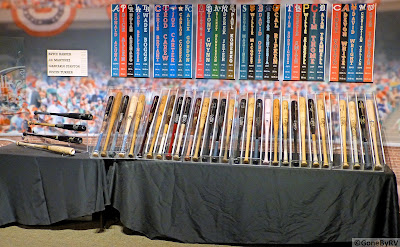 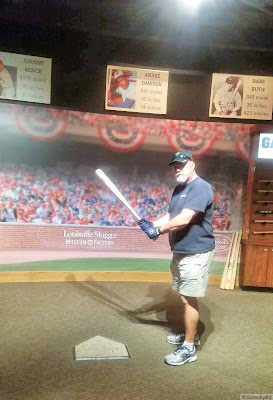 I'm a big Washington Nationals fan, so a picture swinging one of Ryan Zimmerman's bats was very cool. You can take as many photos as desired. The only requirement is that you have to put on batting gloves so that contact with the bat is minimized. 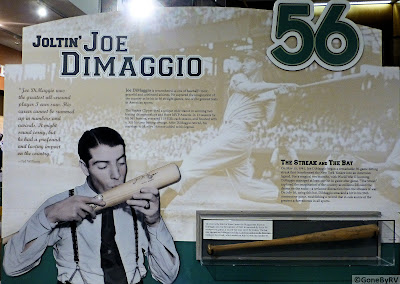 Many, many famous bats are on display in the museum. Here's one of Joe DiMaggio's bats he used on July 16, 1941 to establish a continuous game hitting record of 56.


The factory tour of how bats are actually made is very interesting. Karen (who is not really a big sports fan) even enjoyed it.  You'll notice that I have no pictures of the tour as none are allowed once you go into the factory area.  Bat production is broken down into different areas for professional and regular retail customers.  Special machinery can produce a professional bat in 30 seconds. (This does not include finishing and stamping of names, etc.) The Louisville factory has been producing bats since 1892. If in Louisville, a visit is well worth your time.

As always, thanks for stopping by to take a look!
Posted by Steve and Karen at 9:08 PM