Posted from Willis, TX
(Click on Pics to Enlarge)

After a very enjoyable week exploring the Big Bend area, we packed up and headed 120 miles north to Fort Davis, TX. Fort Davis is a bit more populated and has more stores than Lajitas (but not many).  We booked four nights at MacMillen RV Park. This park was certainly nothing special, but worked out fine for what we needed, just a place to use as a home base while visiting the area. The pull thrus were long and the utilities worked well. The entire area was very windy while we were here.

The things we wanted to see and do while in the area included taking the Scenic Loop Drive, visit the Fort Davis National Historic Site, and spend some nighttime hours viewing the stars at the McDonald Observatory.

The Scenic Loop Drive starts just south of Fort Davis on Rt. 166, then returns on Rt. 118. Along the route, which takes about 2 hours with stops, we viewed some nice vistas.

The McDonald Observatory is located on Mount Locke and Mount Folkes.  More on the observatory later. 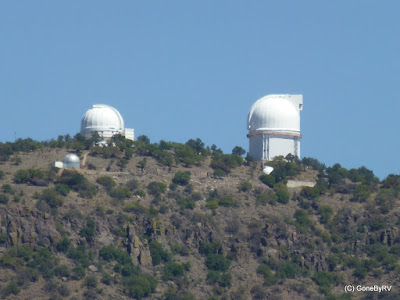 We stopped near the end of the loop at an old wayside stop (not maintained any longer) to eat lunch. Have to get the important things taken care of! 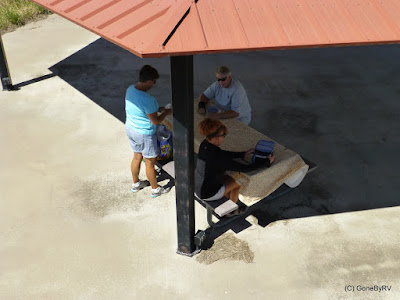 We arrived back in Fort Davis and decided to take a walking tour of the town. Remember, this town isn't too large.  In typical Texas style, the town was built in a square around the court house.  The Jeff Davis County court house was built in 1910-1911. I love these old court houses. 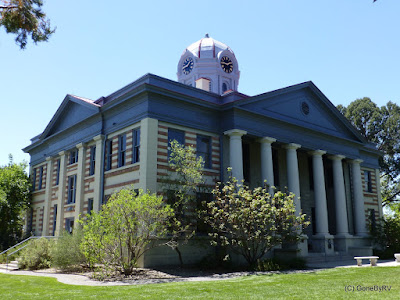 Although the court court looks like a set out of an old western movie, this courtroom is still in everyday use today. 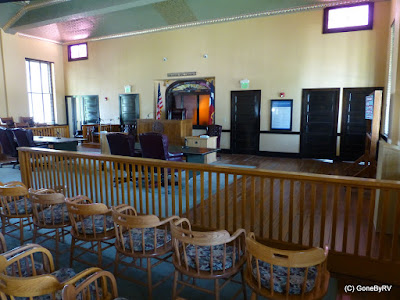 The busiest place in town seemed to be the Fort Davis Drug Store and Hotel.  This place was busy each day we passed by. 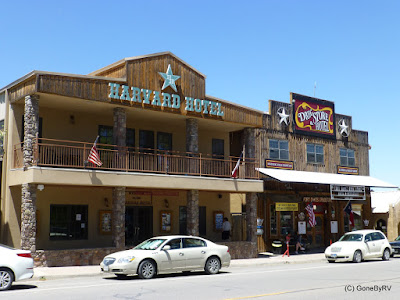 The next day we visited Fort Davis National Historic Site.            From the NPS site:

"A key post in the defense system of western Texas, Fort Davis played a major role in the history of the Southwest. From 1854 until 1891, troops stationed at the post protected emigrants, freighters, mail coaches, and travelers on the San Antonio-El Paso Road hoping to reach the gold fields of California.
From 1854 to 1861 , troops of the Eighth Infantry spent much of their time in the field pursuing Comanches, Kiowas, and Apaches.
Fort Davis's primary role of safeguarding the west Texas frontier against the Comanches and Apaches continued until 1881.
There are several very well restored buildings at the fort to visit. If you visit, be sure and stop first at the Visitor's Center and watch the short video presentation which explains the history of the fort. 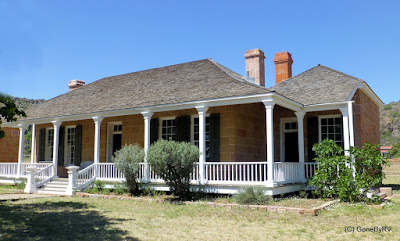 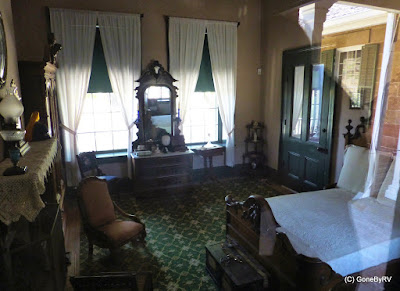 After the tour of Fort Davis Historic Site we made a short drive back to the center of town and ate lunch at the Fort Davis Drug Store. Pretty neat old place and the food was good as well. 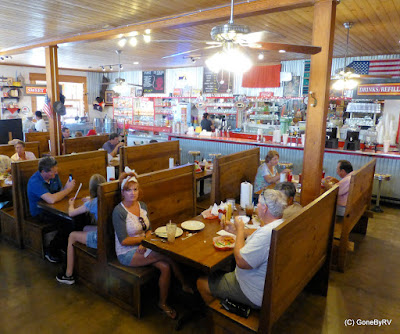 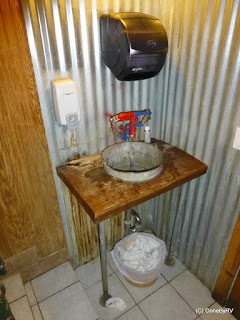 The best of modern facilities also.

The true highlight of our stay in the Fort Davis area happened on the last night of our stay.  Paul and Laura had reserved tickets for us in advance to attend two of the programs at the McDonald Observatory. Now let me preface this by saying that I know very little about astronomy, but being in one of the "darkest sky" areas in all of the United States, I was excited to learn.

We attended the Starlight Party and Twilight Programs during a very clear and almost moonless night.  I have no pictures from this for two reasons: (1) my small camera wouldn't be able to detail much of the night sky for inclusion in the blog and (2) lighting devices (including cellphones and cameras) are very much discouraged during the outside programs.

The Twilight Program is an educational program which was entitled "Modeling the Night Sky" on the date of our visit. This programs attempts to educate about the construction of our solar system and the way in which planets' movements interact.

The Starlight Party was an all outdoor program which included a talk about viewing and locating the constellations and major stars and planets.  After the talk the group was allowed to view these through a series of pre-focused telescopes, both small and large.  This was very cool!!  I would certainly like to return to the MacDonald Observatory someday and take a day tour of the facility.

Although it took several days to explore the Fort Davis area, I've really just touched on some of the highlights in this blog.


Please take a look at our Google+ Albums for more pictures of:
The town of Fort Davis
The Scenic Loop Drive
Fort Davis National Historic Site

Thanks for stopping by to take a look!
Posted by Steve and Karen at 4:38 PM