A Visit to the San Diego Zoo 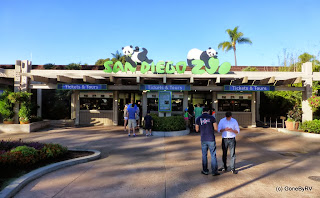 On Tuesday we drove down to visit the San Diego Zoo. We had heard what a beautiful zoo this was, and we were not disappointed.

When compared to some other zoos we've visited, the admission was pretty steep at $44 for adults (found a 10% discount online), but it includes a single day admission, all day access to the Guided Bus Tour, and all day access to the Skyfari Aerial Tram.  If you're ever in the Washington, DC area and you like zoos, you really should go to the National Zoo.  Best of all, it's free to enter. 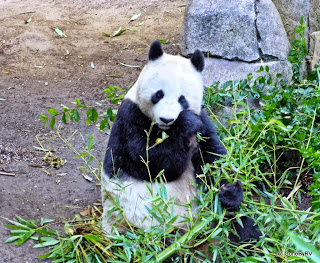 After entering the gates promptly at 9:00 AM, one of the zoo volunteers suggested that we visit the Panda exhibit.  He advised that later in the day the lines can be very long.  We took his advise and headed there first.  The pandas were doing what pandas do best, eating.

To get a nice overview of the park, we jumped aboard the bus for the Guided Bus Tour.  The double decker buses take visitors on a 35-minute tour around 70% of the park.  It was a good choice as we were able to plan our visit a little better after seeing some of the areas. 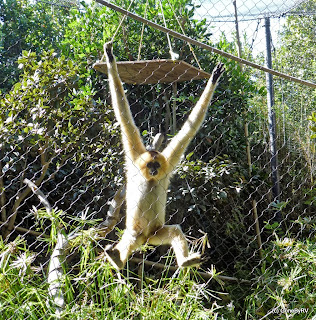 I love the monkeys, so that was our first order of business.  We watched this guy for several minutes and he was definitely playing to the crowd.  He would follow people as they walked past or stop and watch them as they stopped. 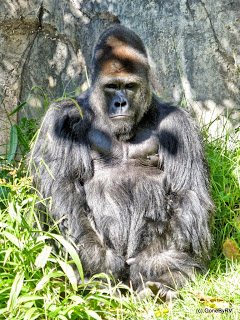 This guy was certainly less active, but I swear he knew what the human crowd was doing and thinking.  Just look at that expression!


So as to not drag this blog out, I'll just show some pictures of the various animals we saw. 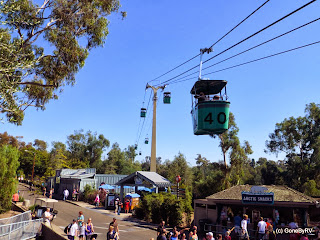 We also rode the Skyfari Aerial Tram.  Not only do you get some nice aerial views of the park, but the stations are located in the extreme east and west corners of the park allowing a quick mode of transportation to traverse this large park. 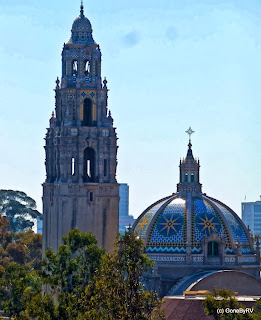 This view from the aerial tram was initially believed to be some type of church, but a later internet search revealed that it is actually the Museum of Man located in Balboa Park. I wish we had more time to make a visit. The description on their website looks pretty interesting. 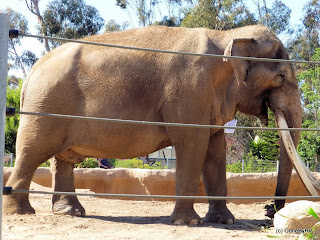 The zoo has a large area devoted to elephants called the Elephant Odyssey.  This guy looks pretty happy. 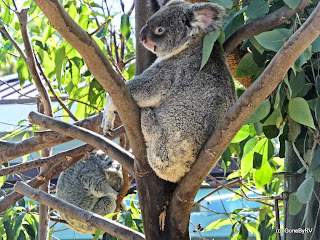 The Outback area had quite a number of Koalas hanging about in the trees.  We learned that mature Koalas prefer to be the only Koala in a tree.  They "claim" their territory in that manner. 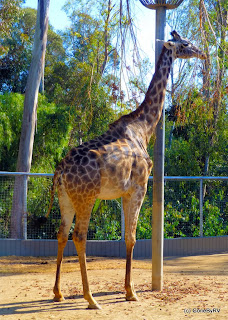 Giraffes are always an interesting animal to watch.

The Reptile House, although a bit scary for many to visit, was quite informative.  The zoo uses a "red dot" system above the description of the reptile to indicate which are poisonous to humans. This rattlesnake is a bit different from most in that it has no rattles.
Here's one for all of my friends (and family JEFF) back east. 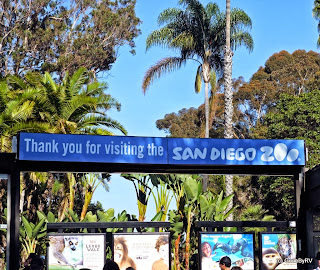 Although we enjoyed the zoo very much, we were both somewhat happy to find the exit at the end of the day.  For some reason, we don't seem to be as young as we once were.  The San Diego Zoo was definitely a must see for those who like zoos.

Thanks again for stopping by to take a look!
﻿
﻿
﻿