Posted from near Chimacum, WA

In 2012, hydro-electric dams provided 89.8% of the power for Seattle. The Skagit River Project makes up 20% of the entire electricity generated by Seattle City Light Company. 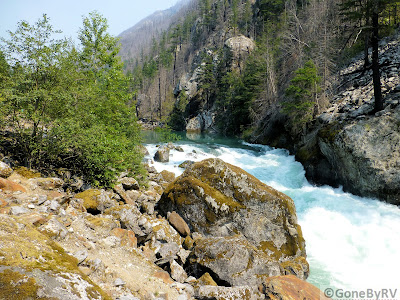 There are three major dams on the Skagit River. The first dam, the original Gorge Dam was only nine feet tall and was constructed of stone and rocks. This first dam was completed in 1921. It was located just north of the unincorporated town of Newhalem. There are no signs to mark the original dam today, but it was located below the Gorge Dam which was completed in 1961. 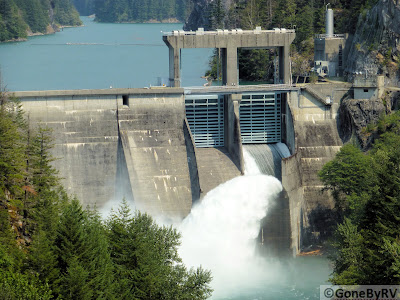 The existing Gorge Dam is 300 feet tall and 670 feet wide. A short hike along the Gorge Dam Trail allows folks to view the dam from above. 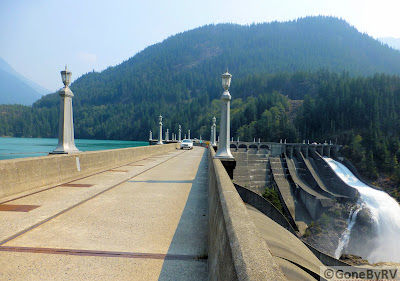 The next dam to be built was the Diablo Dam and was completed in 1930. At the time, it was the tallest dam in the world at 389 feet. With all of the strict security at most dams, we were surprised to find that anyone could walk or drive across the dam without any security checks. 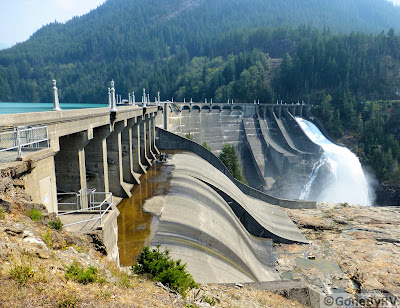 Here's a view after driving across and looking at the outflow side of the dam. 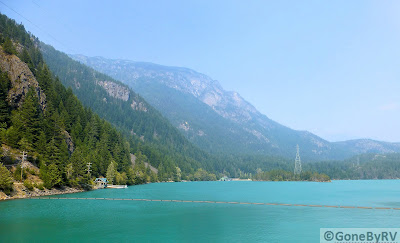 Lake Diablo is formed by the dam. The left side of this picture shows a tourist boat landing where visitors can take tours of the lake. 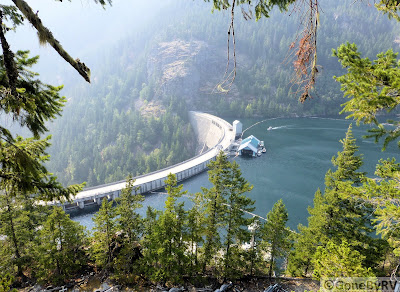 The final dam on the Skagit River is today named Ross Dam after the longtime superintendant of Seattle City Light J.D. Ross. The project originally began in 1937 as Ruby Dam.


Ross Dam was to be constructed in 3 phases. The first was completed in 1940, while the two remaining phases and powerhouses were not finished until 1953. 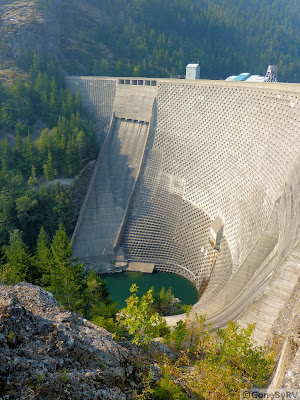 The final height of the dam was built to 540 feet. 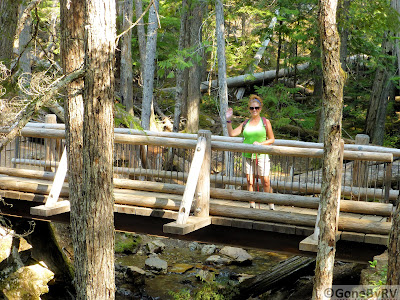 There is a short hiking trail which leads from the trailhead along Rt20 down to the dam. Again, you can walk across this dam, as well. Here's Karen standing on a bridge near a very nice waterfall as we hiked down to the dam. 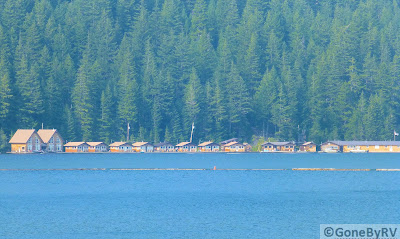 Near the end of the hike, you can divert toward the ferry if you'd like to stay at the Ross Lake Resort. The only way to reach the resort is via water.

The last dam we visited was not on the Skagit River, but was located just about one mile north of Concrete, WA and forms Lake Shannon. There are actually two dams in this area, but we only had time to visit the Lower Baker Dam. 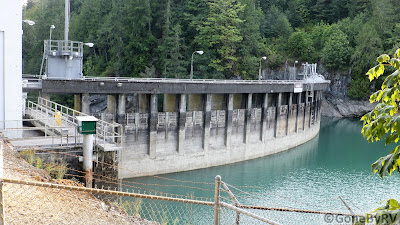 It was completed in 1925 and is operated by Puget Sound Energy. The purpose of the dam is both hydro-electric production and flood control. 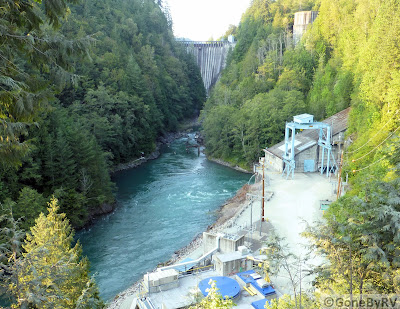 The dam is 285 feet in height and 550 feet in width. Unlike some of the previous dams, no driving or walking across the dam is permitted.

Well, that's about all of the dams in this area. We enjoyed our stay in the Concrete area which allowed us to visit Mount Baker, Newhalem, and hike just a few of the trails in the North Cascades. There are certainly plenty of things to do on a return visit.

We'll be moving along to the Anacortes, WA area next.

As always, thanks for stopping by to take a look!
Posted by Steve and Karen at 1:43 AM