The closest town to our Thousand Trails Grandy Creek Campground is Concrete, WA. Concrete is located about 6 miles east of us along The Cascade Highway (Rt. 20). The land area now known as Concrete has undergone several name changes throughout the years. The earliest settlers arrived in 1890 and a small town was established and named Baker. In 1905 a settlement across the Baker River was established by the Washington Portland Cement Company. 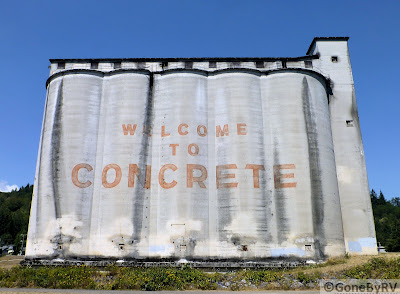 In 1908 the Washington Portland Cement Company constructed a silo. The two groups got together and the name of "Concrete" was decided upon. The town was officially incorporated in 1909. The letters "Welcome to Concrete" were painted on the silo in 1992 during the filming of This Boy's Life. 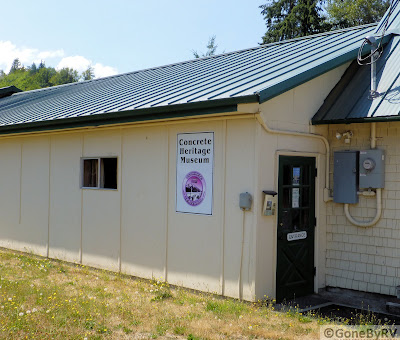 As is always important to learning about the history of an area, we visited the Concrete Heritage Museum. Although the outside of the building is somewhat unassuming, the inside was actually very well done. 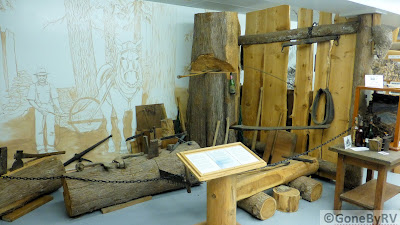 As there was absolutely no one else visiting the museum while we were there, we received a one-on-one tour by the very nice docent. She took us "area by area" explaining the different phases in Concrete's history. In the early days, logging was very important to most areas in this part of the state.

For those interested in a wonderful walking tour guide of the town please click on this link. A brief history of the area is included in the guide. 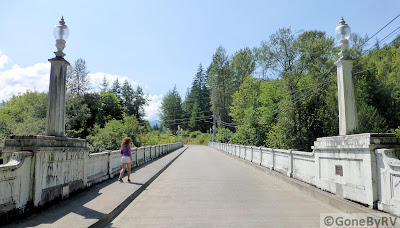 To be honest, we didn't walk the entire town, but we did head over to the Henry Thompson Bridge. This bridge crosses the Baker River and was constructed between 1916 and 1918. The bridge was named after the Skagit County Commissioner who promoted its' construction. Unfortunately, Mr. Thompson was killed by a logging train in 1918 before the bridge was finished. 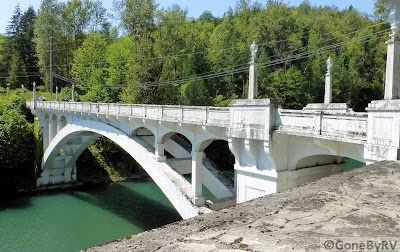 One source we saw stated that the bridge was the longest single-span reinforced concrete bridge in the world at that time.

Further east along the Cascades Highway is an interesting little place called Newhalem. Newhalem is truly a company town owned by Seattle City Light. Only employees of this company and surrounding local and federal government employees live here. Newhalem's earliest settlers logged the area, but in the early 1900s Seattle City Light harnessed the power of the Skagit River by creating several dams in the area. This unincorporated town was home to the workers and their families. 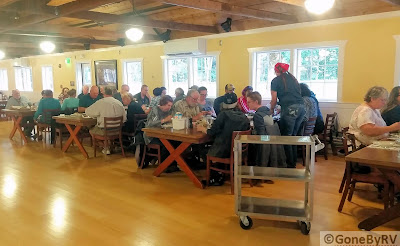 We decided to take an evening tour of Newhalem. The tour was promoted as a "Dam Good Chicken Dinner and Ladder Creek Falls By Night". Although the tour is run by Skagit Tours, the National Park Service also is jointly involved with the presentation. The Chicken Dinner is $19 per adult and was excellent. The dinner precedes the slideshow and walking tour of the area. The dinner is prepared in the same manner, and served in the same reconstructed hall, used many years prior to serve the dam workers daily. 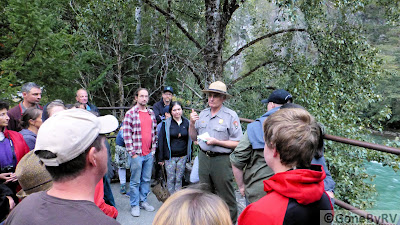 Here's Ranger Todd giving us an insight into the history of the early lives of people who lived and worked in this area.


Seattle City Light was led by J.D. Ross from 1911-1939. Ross was the driving force behind the creation of the Skagit Hydroelectric Project. A dam and lake are named in his honor. His desire to show the possibilities of the new technology known as "electricity" was evident when Skagit Tours was created to bring masses of people from the city to the Upper Skagit River area. Ranger Todd told us that you could stay overnight in Newhalem, tour the facility, eat the "Dam Good Chicken Dinner, go for a boat ride tour of the dam project, and even have your car washed for a total of $4. Now that's promotion! 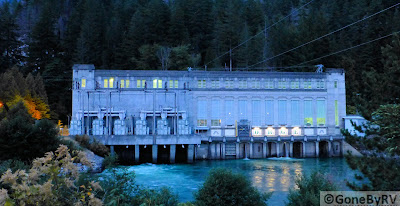 One of the first powerhouses created was the Gorge Powerhouse. The primary function of this was to power the area of Newhalem to provide electricity for the workers and their families while they created the dams and infrastructure on the river. 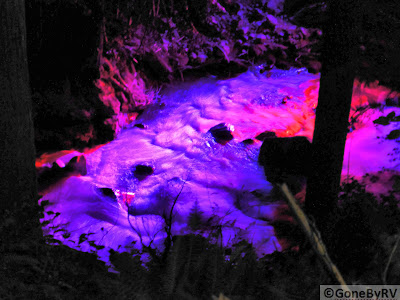 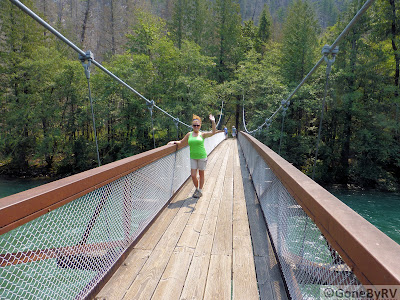 On a separate day we returned to Newhalem to hike a short trail named Trail of the Cedars. The trailhead begins by crossing a suspension bridge across the Skagit River. 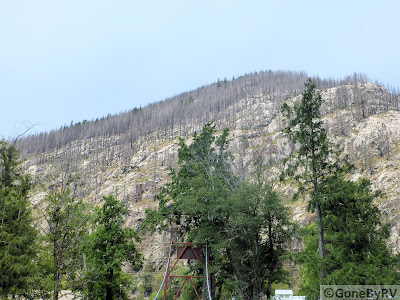 Evidence of the 2015 fire near Newhalem was still clearly visible on the hillside to the north of Newhalem. 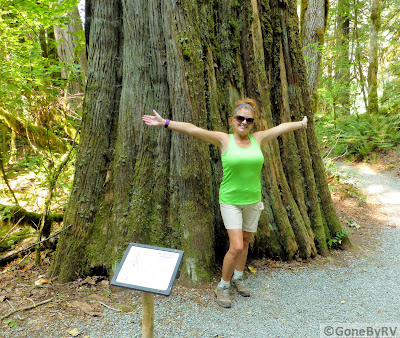 The trail was flat and wound thru the old growth trees of the area. Here's Karen standing in front of a western red cedar tree. 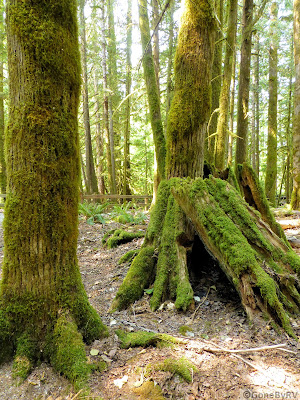 The abundance of moisture and generally shady conditions create a perfect environment for ferns and moss. 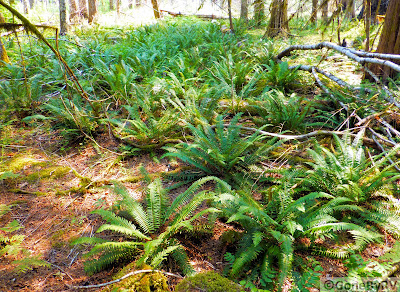 I was going to detail our hikes and pictures of the area dams, but realized that this blog post is getting a bit on the lengthy side. The dams will have to wait for next time.