We only had a couple of days to visit the Charleston, SC area.  We had visited many years back and took a harbor tour, but never really got a chance to visit the historic downtown area.

There are some trolley and van tours (as there were in Savannah, GA), but we wanted to hear a bit more of the local culture.  We decided to take a walking tour this time.  A quick search of the internet showed that "it ain't cheap" to park anywhere in downtown Charleston.  The onstreet and garage parking all charge $1 per 1/2 hour.  Another reason to search out the most bang for our buck. 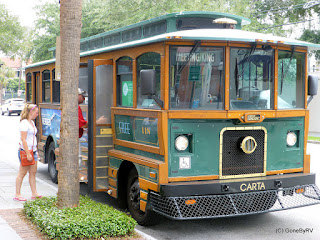 We parked in a garage adjacent to the Visitor's Center and took advantage of the city's FREE trolley system.  Using this mode of transportation you can travel all over the downtown area, getting on and off as desired, and it's totally free. 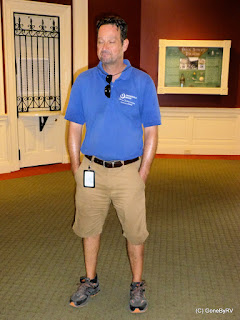 We rode the trolley down to Waterfront Park where we met Jeff Zimmerman of Charleston in a Nutshell tours at 10:00 am for a 2-hour walking tour.  Jeff's family has lived in Charleston for many generations and he is very knowledgeable about the history of the city.  If you've ever used Groupon.com to secure tickets in an area you're unfamiliar with, you know what a nice discount can be had.  We saved 50% on the price of our tickets for Jeff's tour. Here's a Groupon link to many other activities in the Charleston area.

Rather than carry on in this blog about the history of each home, I've decided to just show a few examples of the mansions along East Bay Street.  All of the homes in this area are in the million dollar plus range. 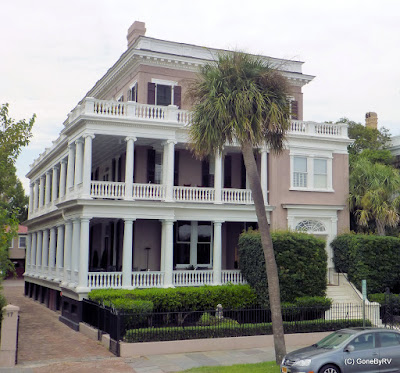 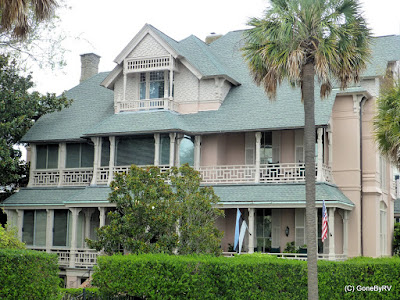 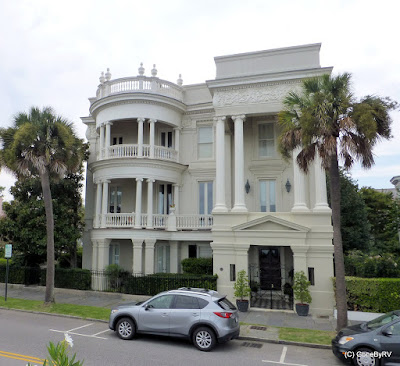 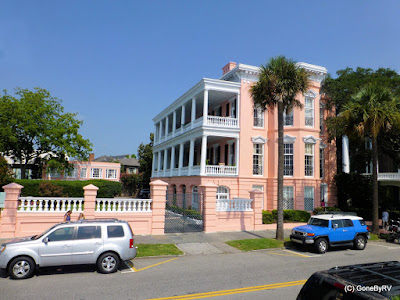 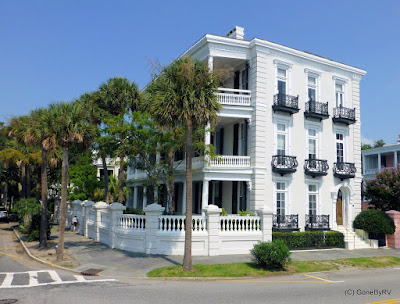 Charleston has a long and interesting history because it played a role in our young nation's history all the way back to the Revolutionary War.  Of course, a large historical keypoint is the firing on Fort Sumter at the beginning of the Civil War. Monuments to war heroes are spread throughout the historical area and especially along the waterfront in White Point Gardens.  This is the Confederate Memorial Monument in White Point Gardens. 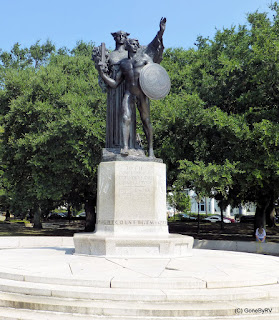 During our walk we had a chance to view many of the beautiful wrought iron gates leading to the houses.  I love these, so here's a collage of just a few of them. 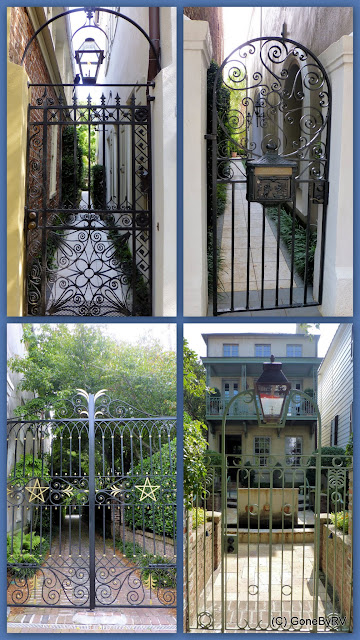 The largest privately owned home in the city is the Calhoun Mansion.  Tours are available for this home, but we ran out of time before returning to this area.  Beautiful place. 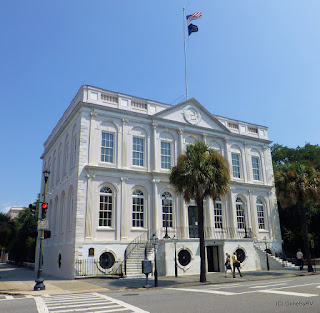 The Charleston City Hall has been in continuous use as the city hall since 1818. It was originally built in 1801 as the Charleston  branch of the First Bank of the United States.  The site's origins, however, date back to 1672 when it was known as the old "beef market". 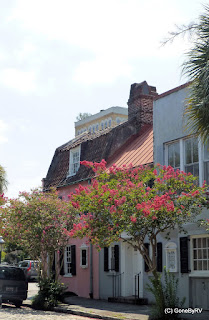 The pink house is believed to be the oldest house in Charleston.  Any guesses on what it contained?  Hint:  "oldest house", yes it was a brothel. 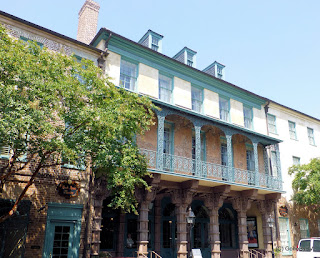 We finished the tour in a building which has been restored to be the Dock Street Theatre.  Many live productions are held throughout the season. 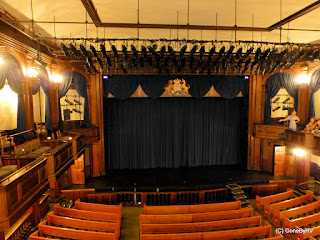 It would be interesting to be able to see a play in this quaint, restored old theatre.  Very neat inside.

Although our time was limited in Charleston, I believe we were able to learn a lot about the history and culture of this beautiful old city through the walking tour. Charleston has a bit of a different "feel" than Savannah.  Much more opulent homes, but also more of a "big city" feel. Not necessarily bad, just different.

I have many more pictures about Charleston in our Google+ Album.  Please feel free to take a look!

Email ThisBlogThis!Share to TwitterShare to FacebookShare to Pinterest
Labels: Charleston in a Nutshell Tours, Charleston SC