With our time up at the Prince William Forest CG and with my Father-in-Law now at home and seeming to be doing well, we've moved south for a bit. 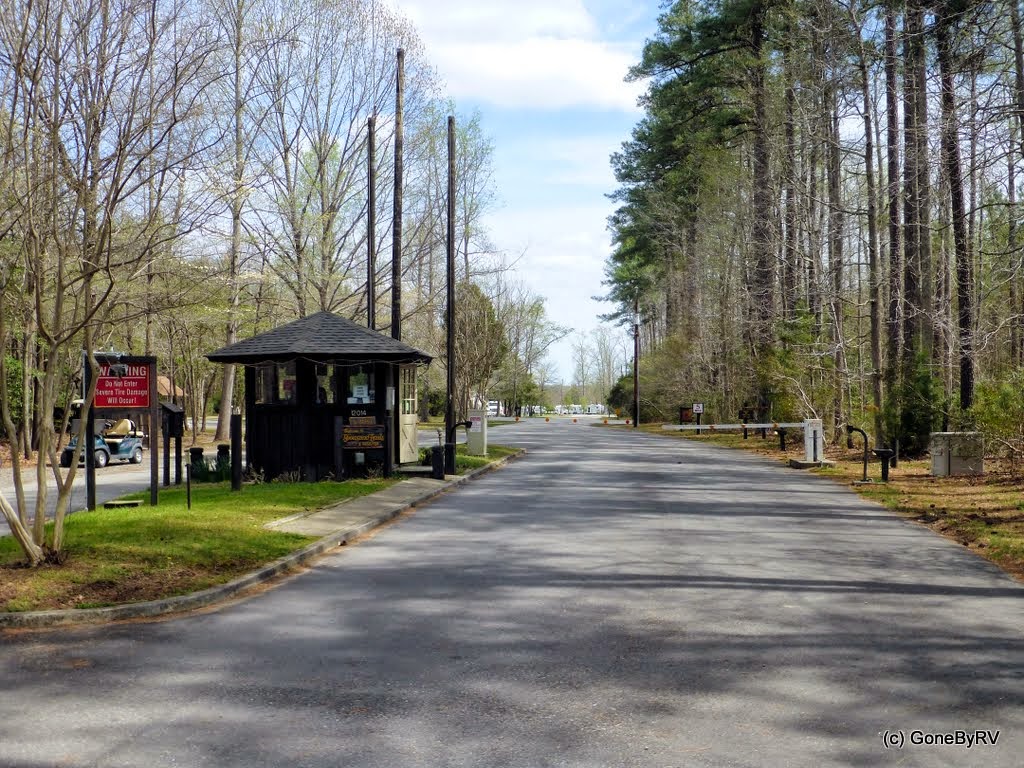 Just a short 2 1/2 hour drive to the southeast and we arrived at the Chesapeake Thousand Trails (TT) last Friday.  We've been Thousand Trails members since 2008, but have never really used the preserves enough to justify our initial and annual expense.  Once we began FTing in 2013, we have started to use the preserves more.  I'm not going to talk about the decision to join TT here, but in Bill Osborne's blog Seeing the USA he does a nice job of addressing the costs and use factor associated with making an informed decision concerning this matter. 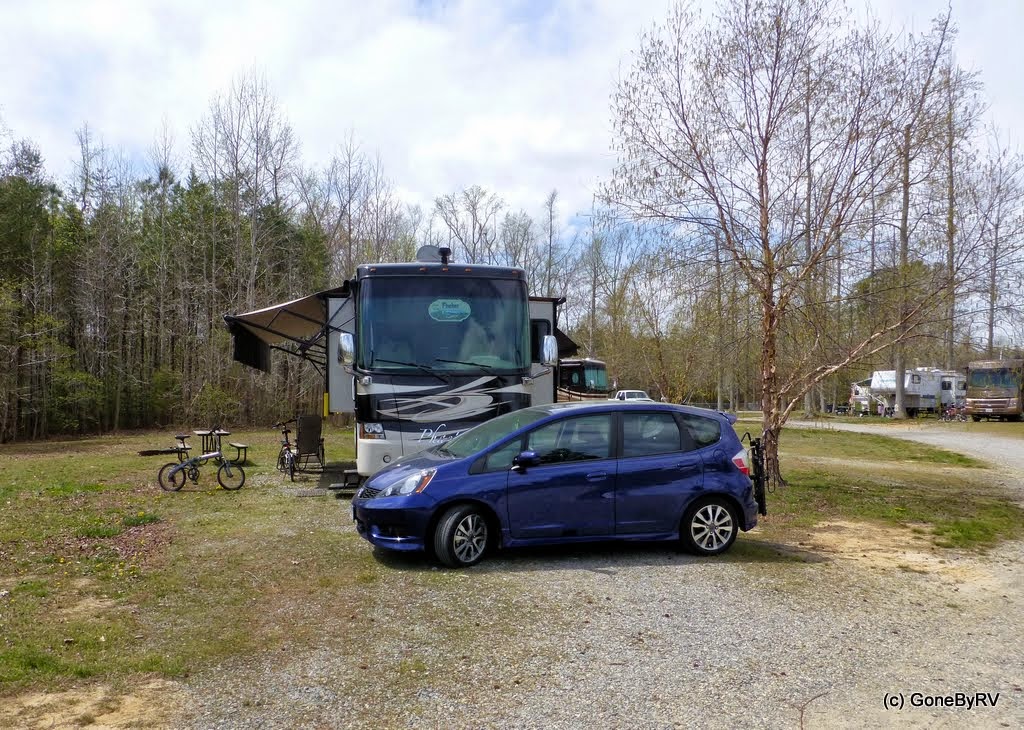 We have been to this preserve several times throughout the years and chose a site in the open this time.  We knew it wouldn't be that hot yet and we wanted to be able to pick up a satellite signal. 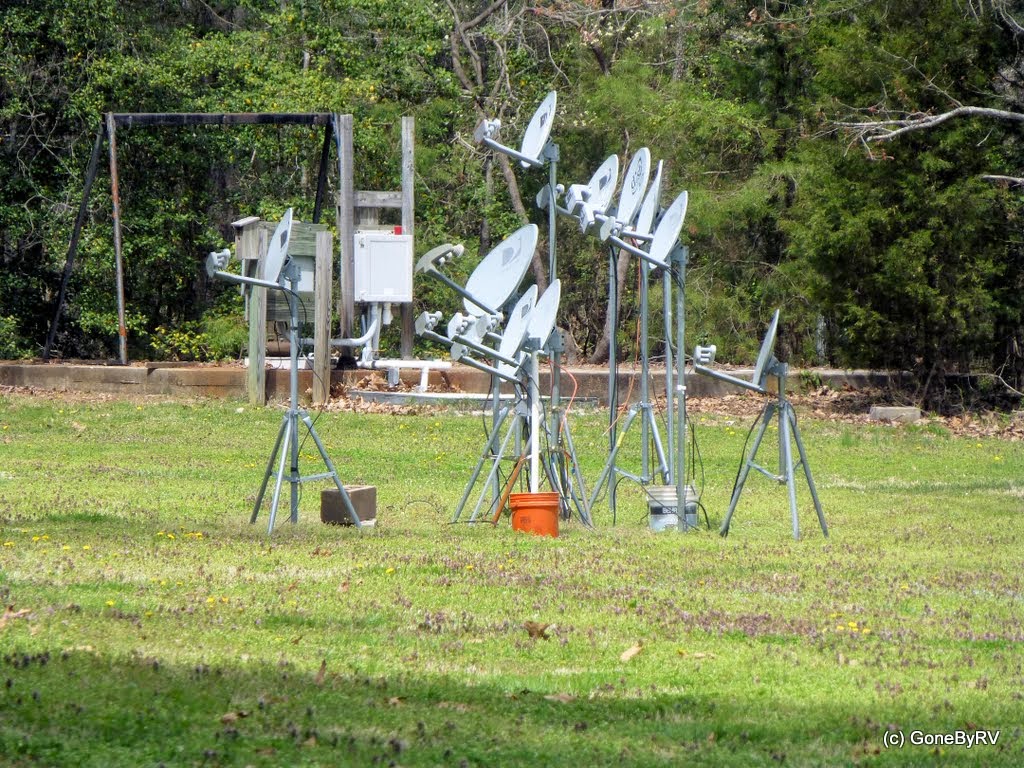 Apparently, these folks like their satellite TV as well, but were forced to group their dishes together (away from the trees) to pick up a signal.


Another reason we decided to choose this preserve was because we knew that they had Pickleball courts.  We saw them on our last visit back in 2010, but had never played at that point. We are still having "withdrawal" pains from our nice courts in Arizona, so we were anxious to get in some playing time. 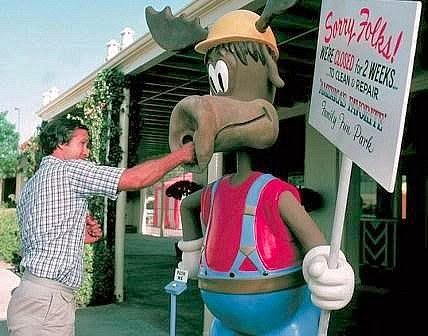 Does anyone here remember the feeling that Chevy Chase and his family had when they reached Wally World in the original National Lampoon's Vacation movie? 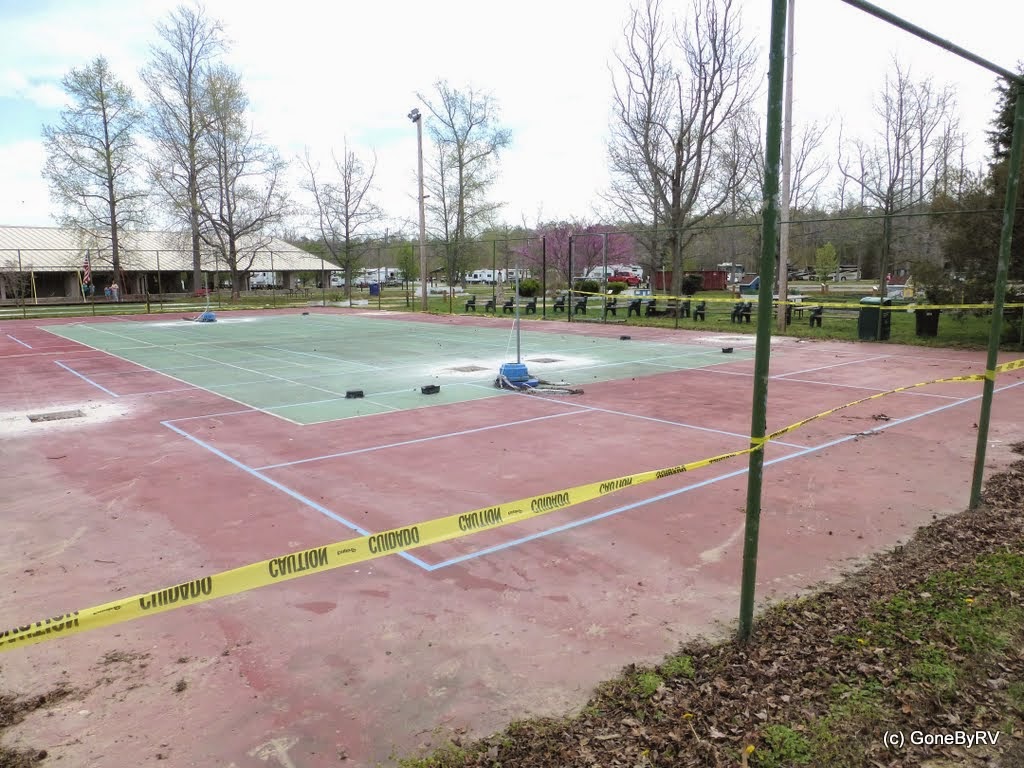 We went over to the Pickleball courts and saw this.

The Pickleball courts are currently under renovation for the upcoming season.  No fences, holes in the concrete, and no nets.  Not something we were happy to see! 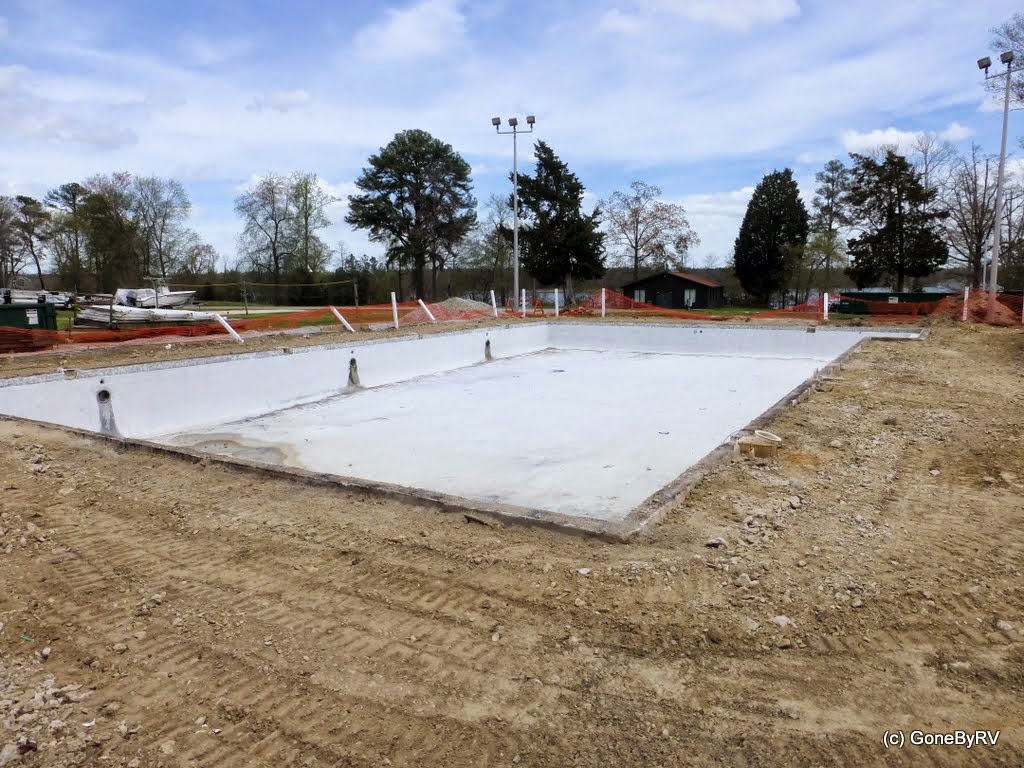 This TT's preserve also has two separate swimming pools.  The same work was happening to them.  Oh well.


I guess we'll just have to get out and do some additional walking and bicycling.  The following pictures around the preserve are of some of the amenities.